– It’s a paraphrase of the Christmas crabby New Yorker who relies on the tourists who pump money into Broadway and Times Square restaurants and FAO and who actually eat those hot dogs and pretzels on the street.  In the case of Miami, Art Basel 2010 draws to a close now and one billion dollars are estimated to have been transacted. When you pair that figure with the estimated 2-3000 artists participating, it looks like the artists must have made out rather well, right?

Certainly there were more Street Artists than ever attending the events and transforming walls everywhere with their work and creativity – at least in the unofficially sanctioned areas. At the moment Miami is “The only city in the US where graffiti appreciates property value,” ironically says Mint and Serf, a Street Art collective visiting the tropical city from frigid New York.  In an odd twist on the “broken window theory” and urban blight, artists who are normally looking over their shoulder can actually wave to and talk with police who are driving by in some run-down areas where they are given free reign over large swaths of walls. At this sunny moment in time various agendas are intertwined and one wonders how long this golden age lasts.

In addition to an intuitive eye about the art trends happening that impact the scene, Geoff gives a commentary about what else he’s thinking about: “Here is the other thing that’s a trend: property owners have their hands over all these walls for artists to takeover, and then suddenly they are leased out to restaurants, coffee shops, and other businesses. It’s hard to know who’s playing whom here – maybe it’s a happy co-existence – but when does the property owner step up to support these guys in other ways? (Unless, of course, it’s already happening.) Either way, artists are playing a big role in the development of these neighborhoods, and whether they know it or not, as the area gets more developed and gentrified, they will eventually run themselves out of town. Whether they are getting paid or not, they are creating their own extinction in Miami.” 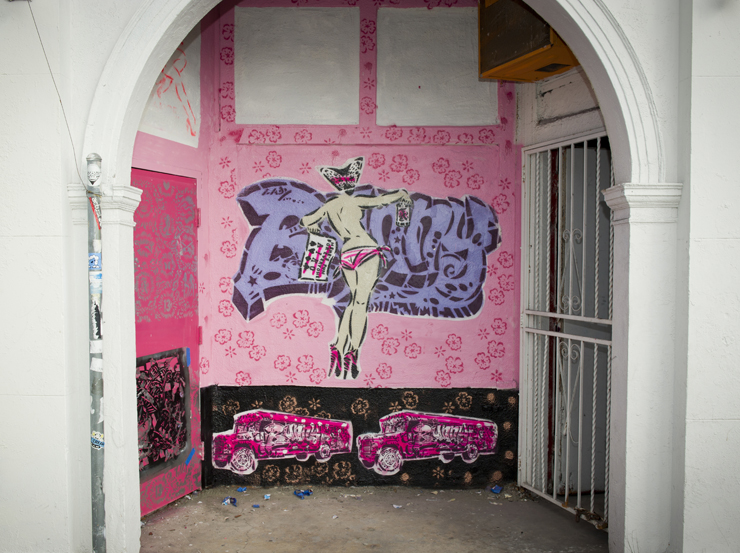 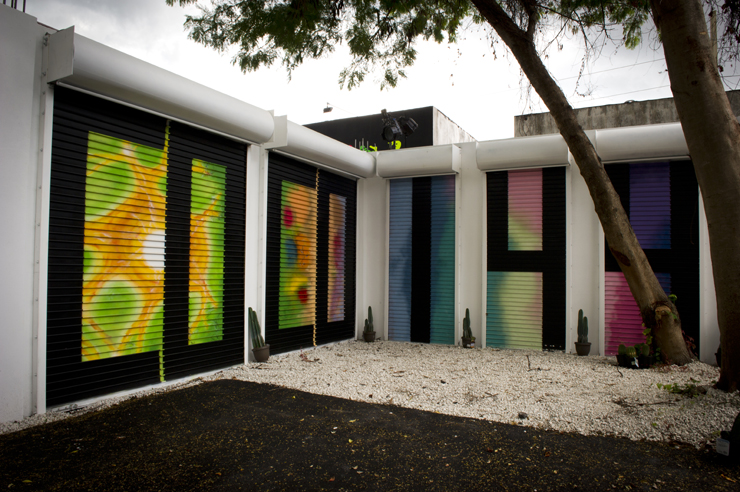 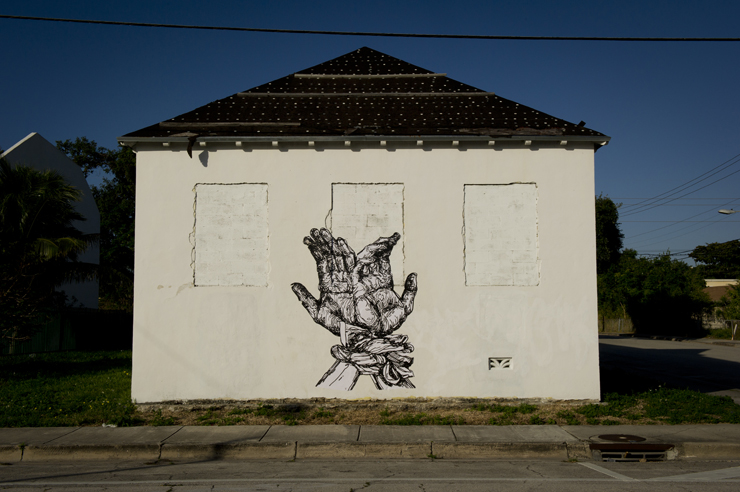 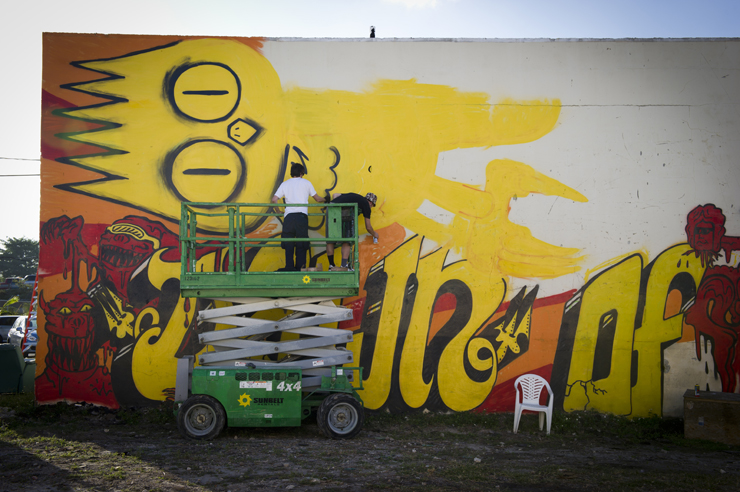 Burning Candy Crew Members Tek33 and Dscreet at work on Dawn Of The Demon.(photo © Geoff Hargadon) 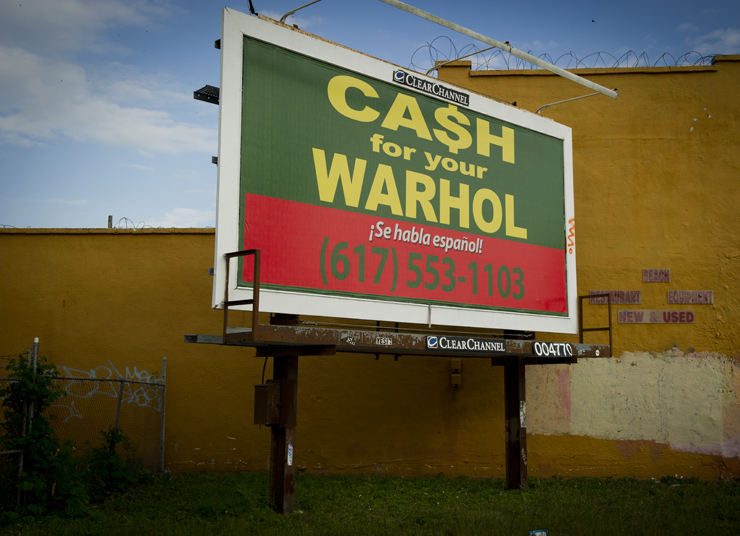 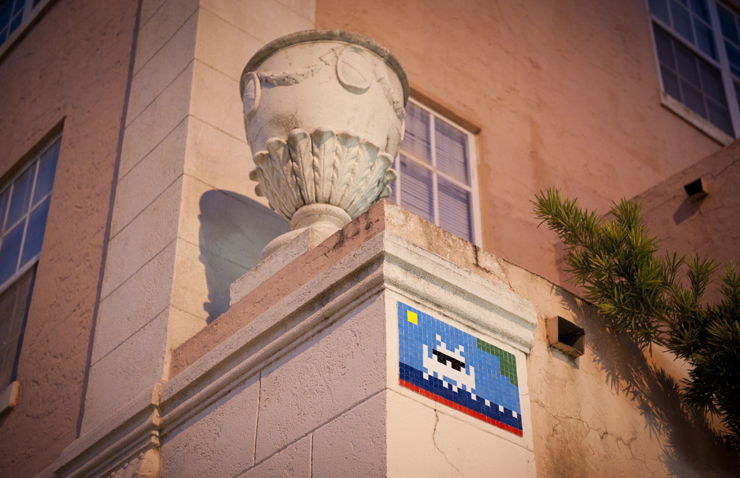 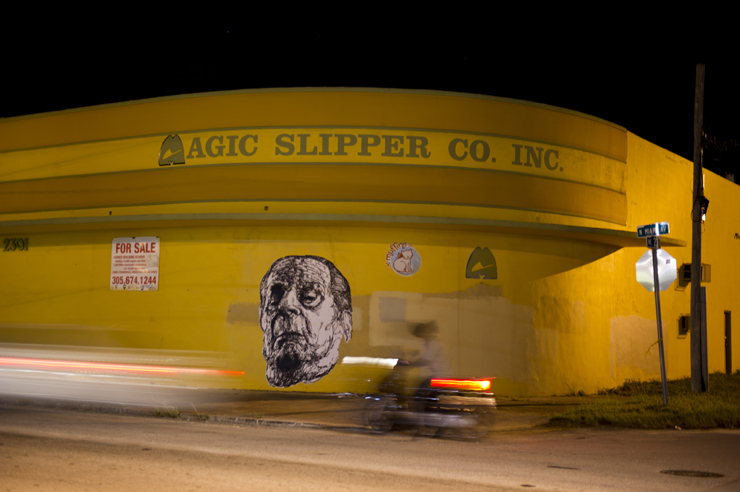 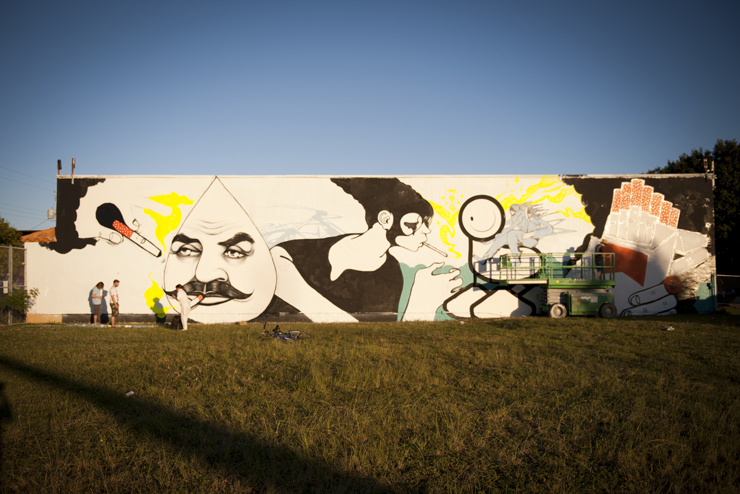 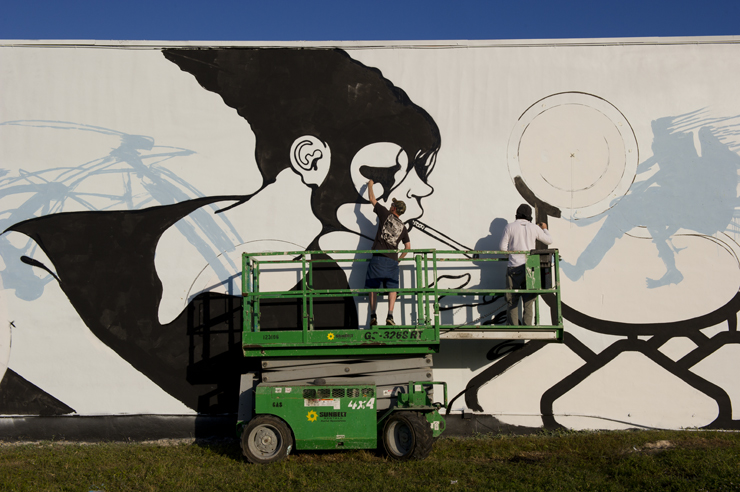 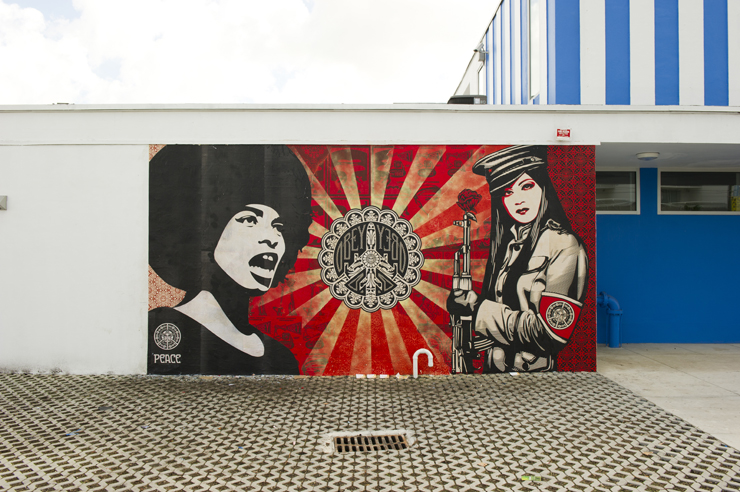 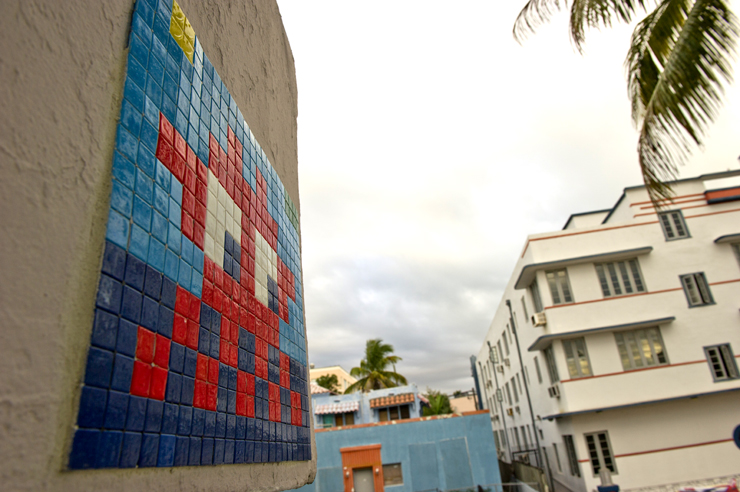 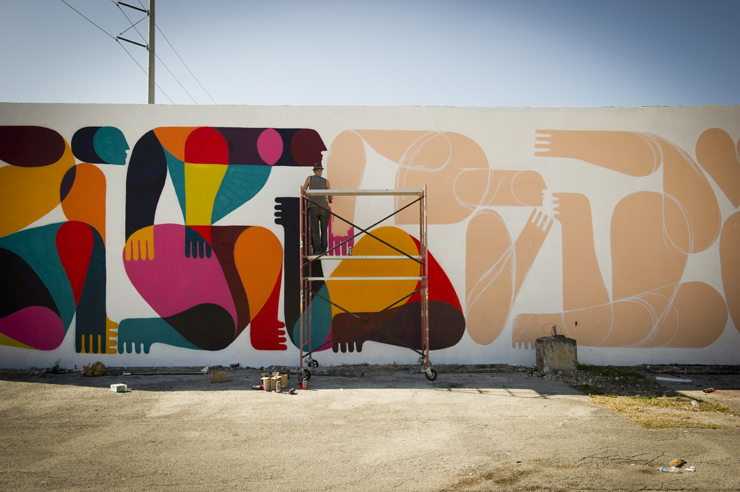 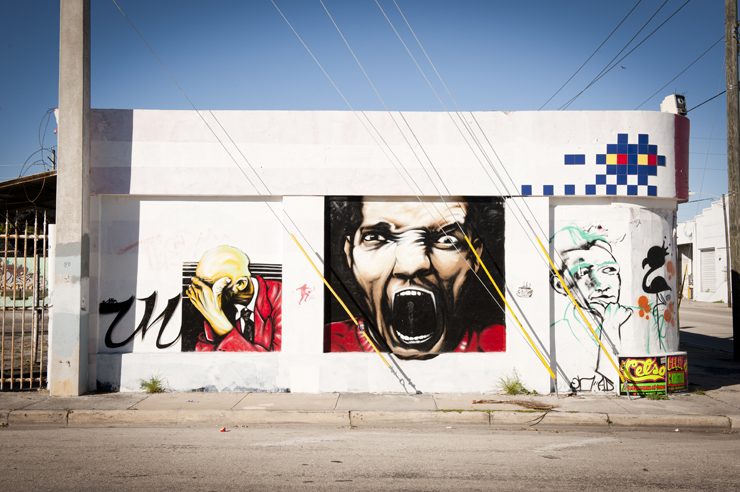 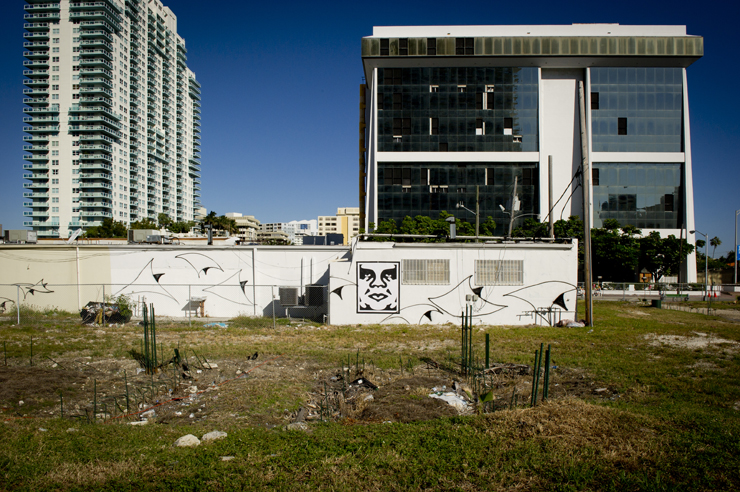 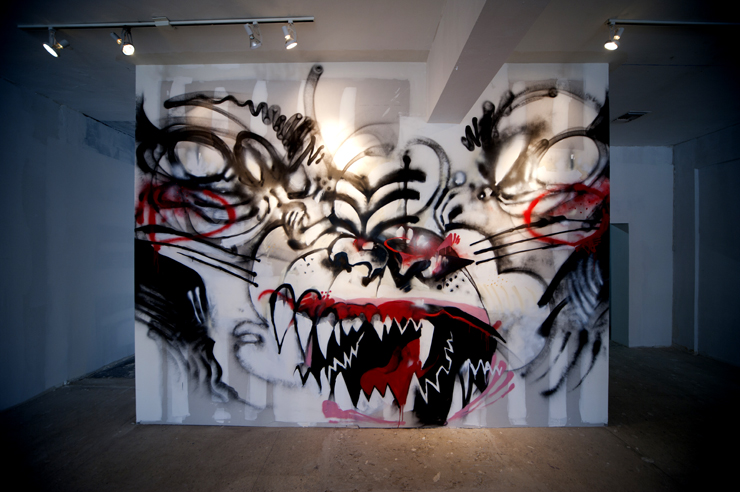 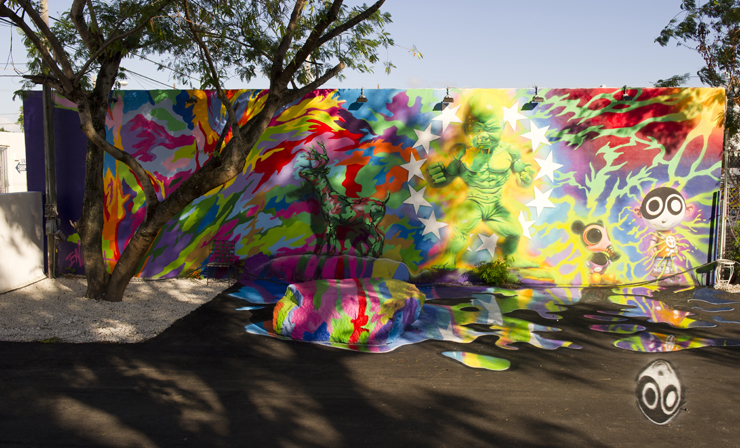 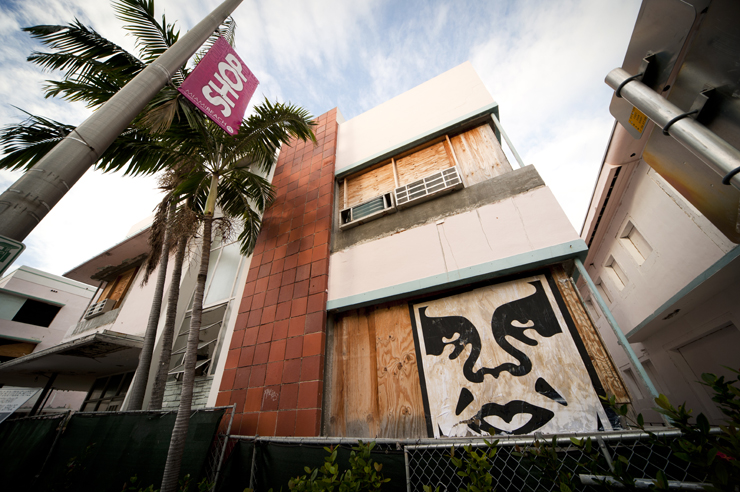 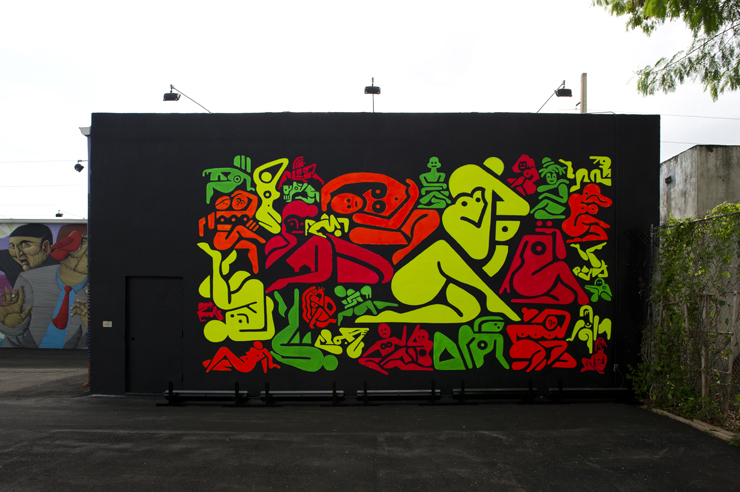 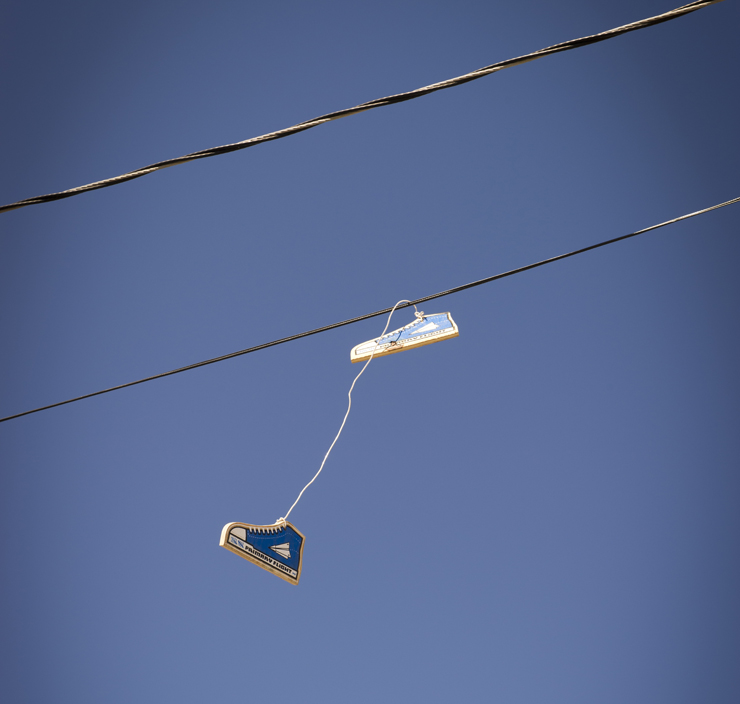 Skewville gets his wings and soars (photo © Geoff Hargadon) 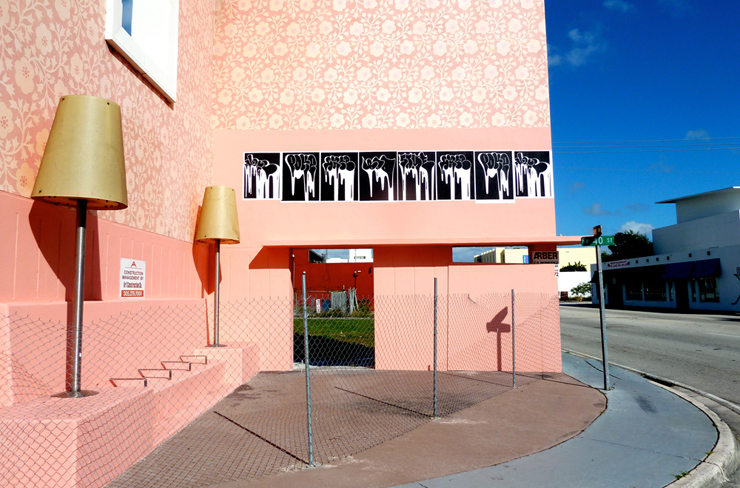 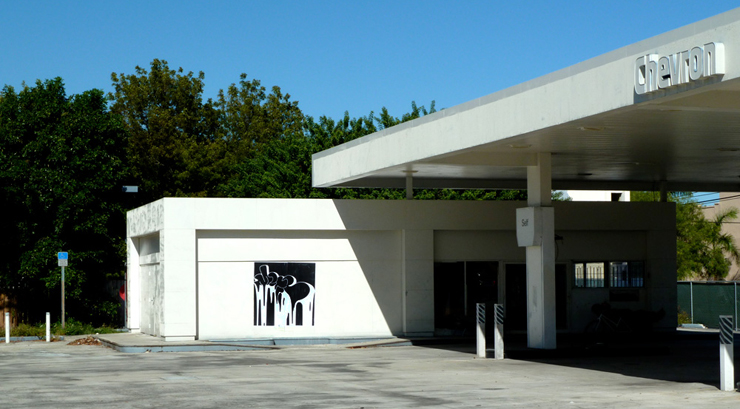 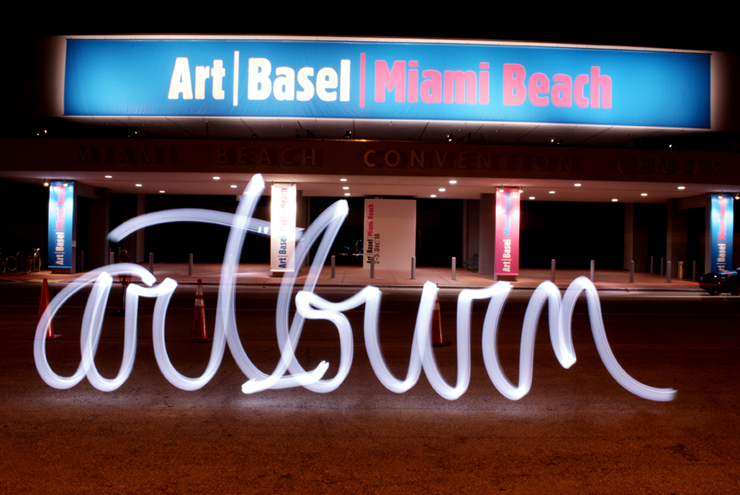 Trans-graffiti and the Trans-National "Mextonia" Festival
Mexico and Estonia; an unlikely couple. But sometimes love is like that. In a time when orthodoxy globally is seemingly self-combusting and obviously falling short in meeting the needs of people, it i...
Stikman: An Enigma Marching On
His rigid wooden stick constitution keeps him from faltering even when bending and his ubiquity on the streets and in small secret hiding places keeps you from forgetting him, the ever-present Stikman...
Poetry, Prose and Witty Texting: The Conversation on The Street
"True poetry cares nothing for poems" says Raoul Vaneigem, the Belgium Situationist who taught us that we are creating our lives twenty-four hours a day, in his book “The Revolution of Everyday Life.”...
#12 How & Nosm: 12 Wishes for 2012
For twelve days we've presented twelve wishes for 2012 as told by an alternating roster of artists and BSA readers, in no particular order. Together, they are a tiny snapshot of the people who...
BSA Film Friday: 08.12.16
Our weekly focus on the moving image and art in the streets. And other oddities. Now screening : 1. Brad Robson in Rural Spain 2."Inflateable Refugee" by Artist Collective Schellekens &...
Aiko Amaze Art Basel 2010 Brooklyn Street Art Cash For Your Warhol Coco Dawn Of the Demon Florida Gaia Geoff Hargadon Invader Jaime Rojo Lister Miami Miami Beach Mint and Serf Obey OverUnder Remed Ron English Ryan McGuinness Shepard Fairey Skewville Steven P. Harrington The London Police Vicki Da Silva Wynwood District