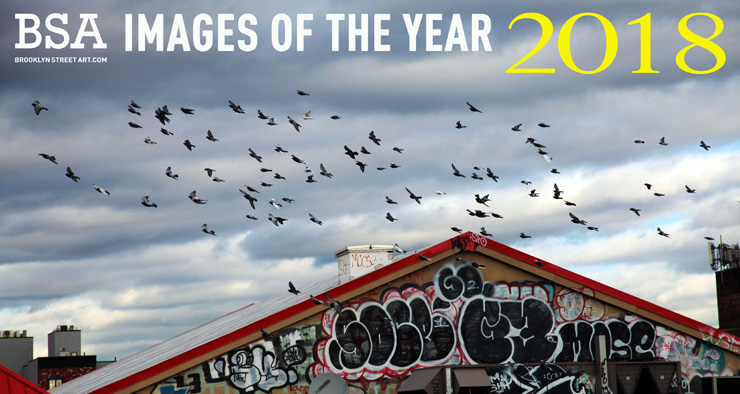 Here it is! Photographer Jaime Rojo of BSA selects a handful of his favorite images from his travels through 9 countries and around New York this year to present our 2018 BSA Images of the Year.

Seeing the vast expressions of aesthetics and anti-aesthetic behavior has been a unique experience for us. We’re thankful to all of the artists and co-conspirators for their boundless ideas and energy, perspectives and personas.

Once you accept that much of the world is in a semi-permanent chaos you can embrace it, find order in the disorder, love inside the anger, a rhythm to every street.

And yes, beauty. Hope you enjoy BSA Images of the Year 2018.

Here’s a list of the artists featured in the video. Help us out if we missed someone, or if we misspelled someones nom de plume.