Special shout out to photographers Meer Sau, Henrik Haven, and our own Jaime Rojo for getting all these great exclusive shots for BSA readers. 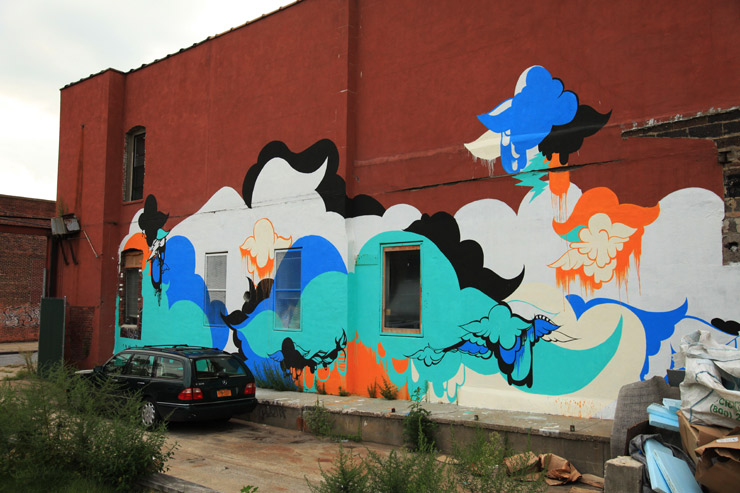 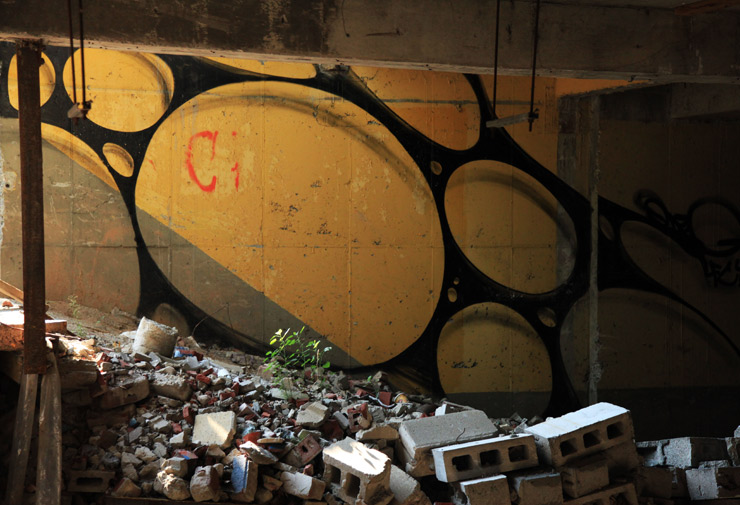 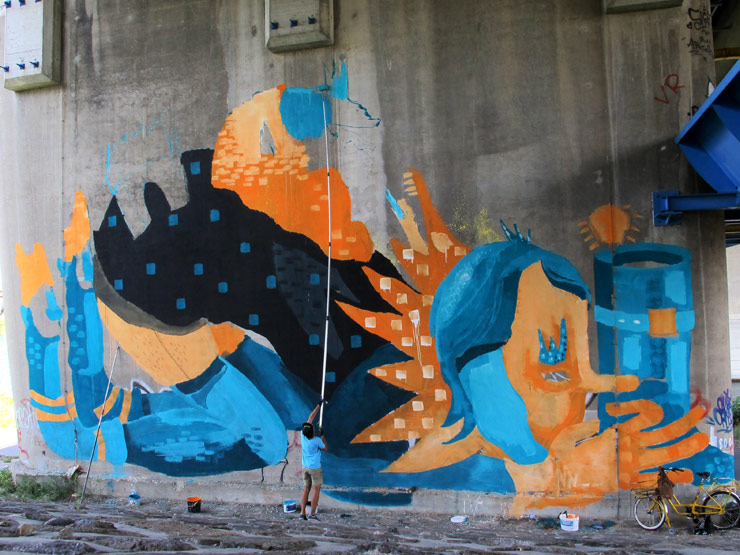 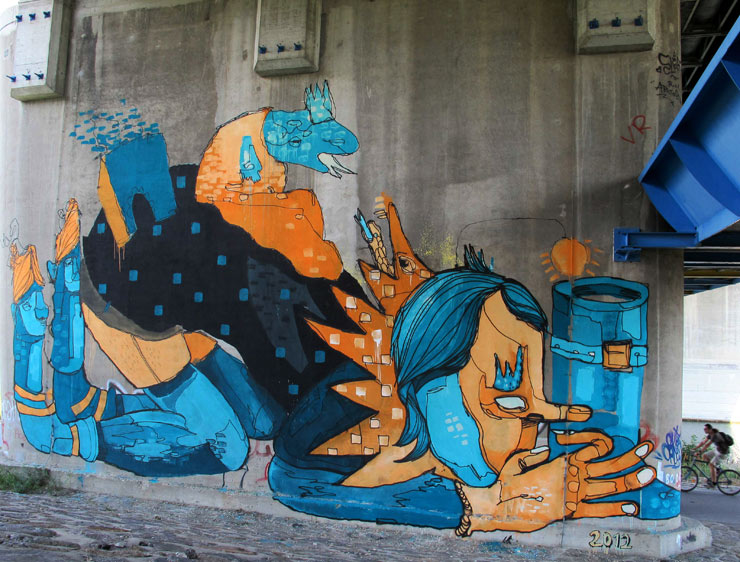 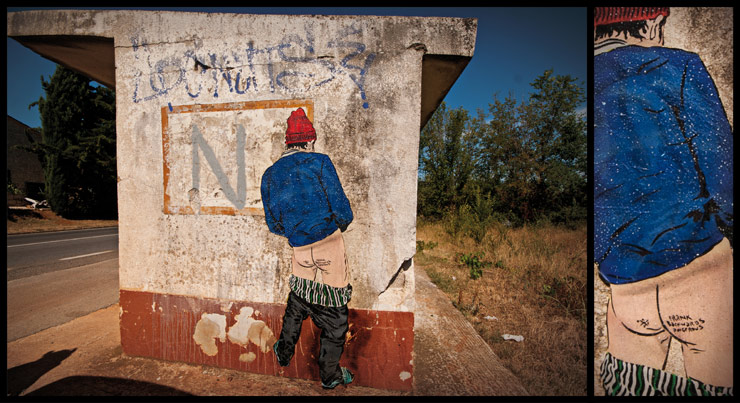 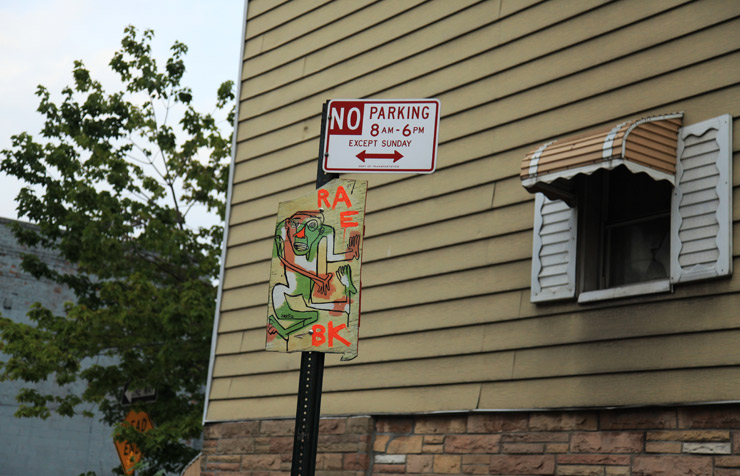 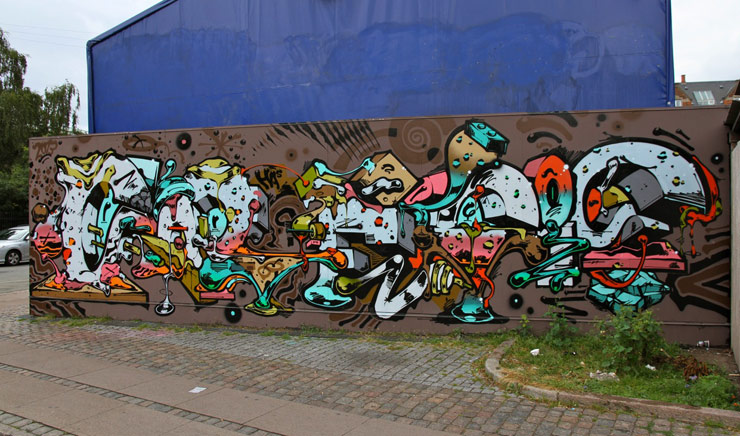 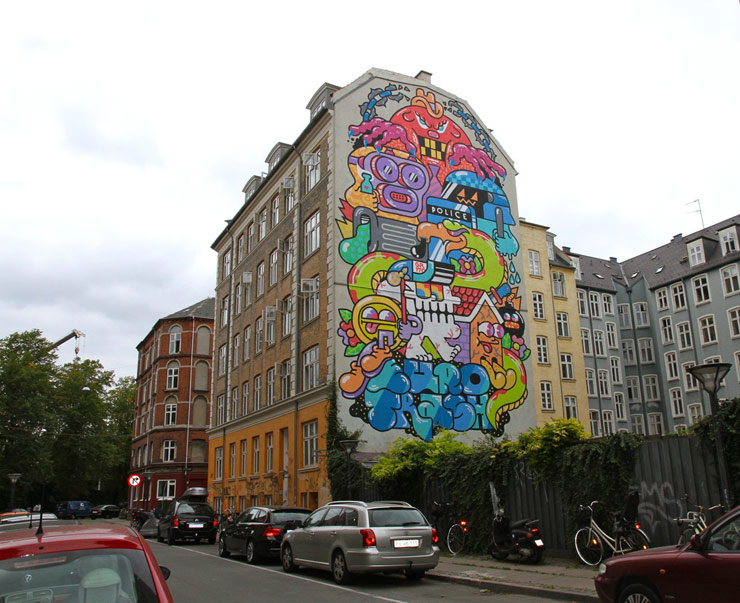 Gr170 in Søllerødgade on the North Side of Copenhagen for Galore Festival. Stay tuned for more coverage of the Galore Festival coming this week. (photo © Henrik Haven) 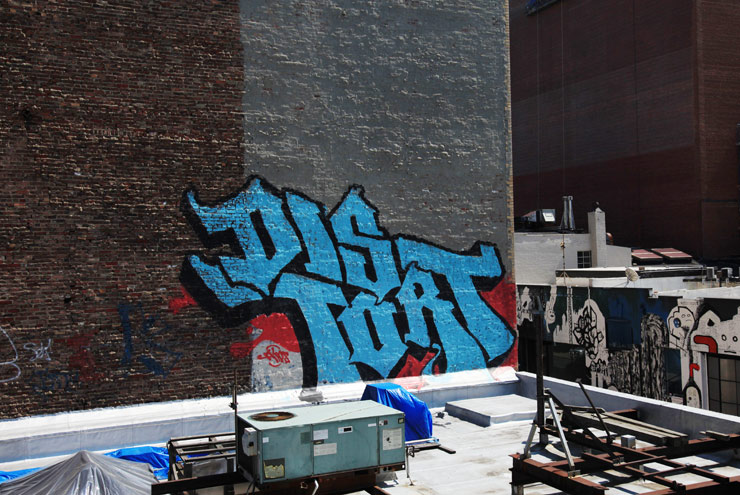 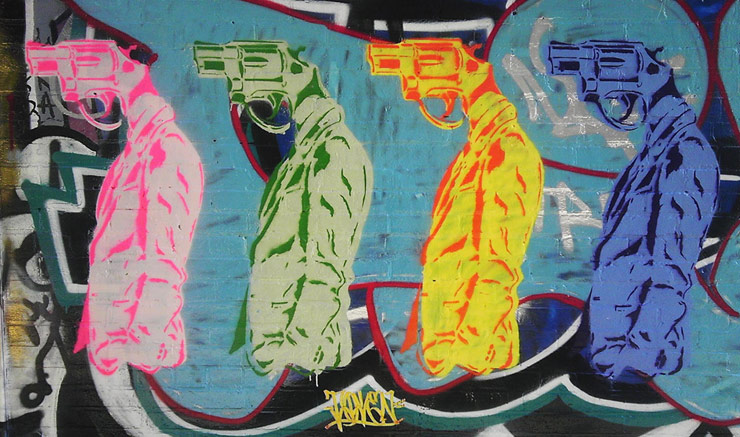 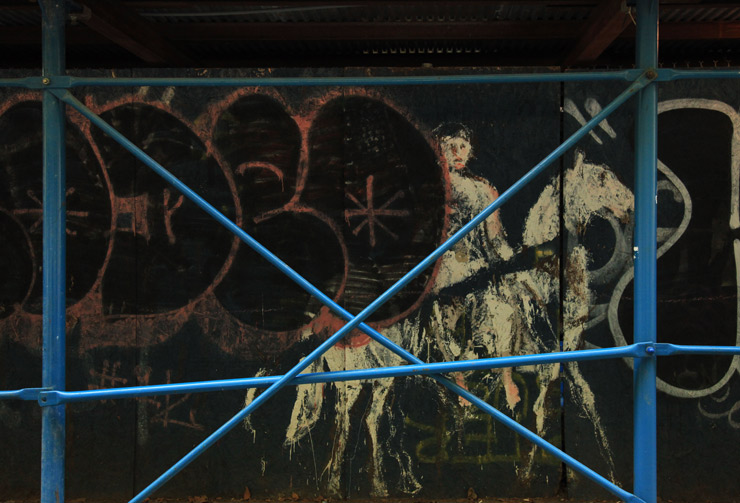 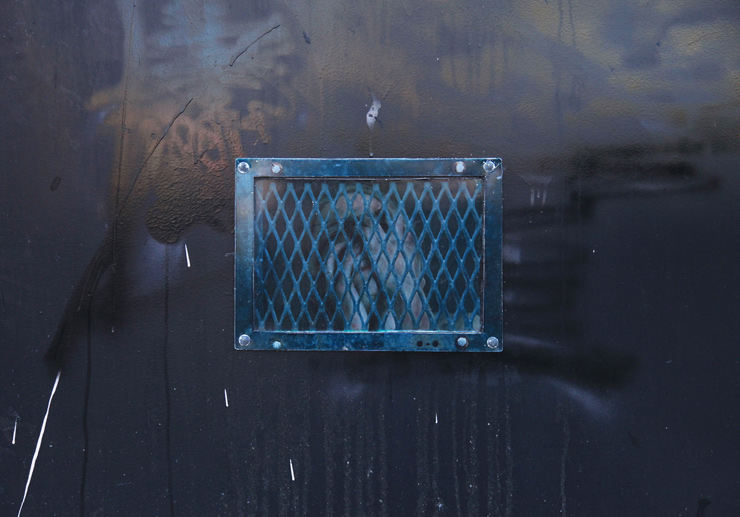 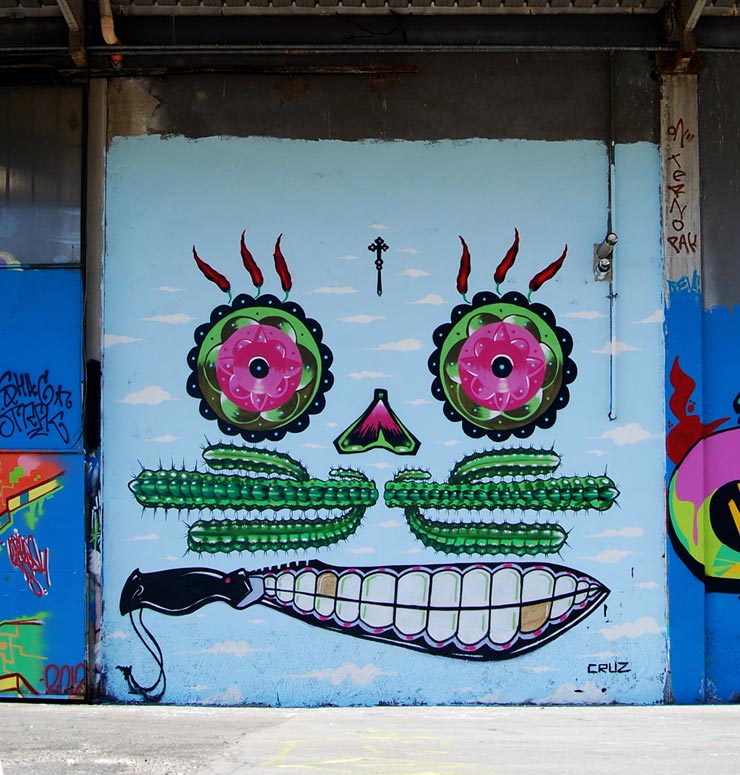 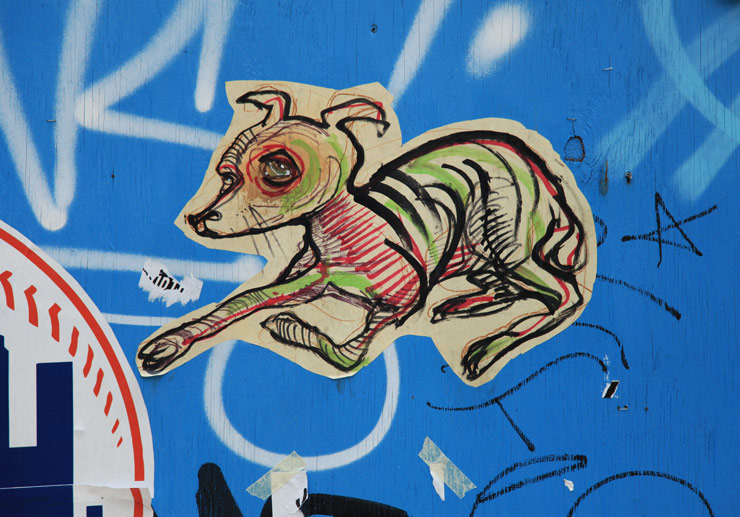 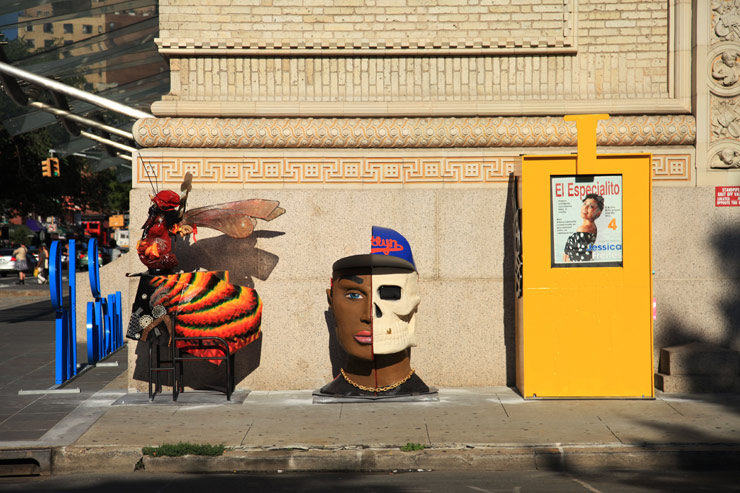 The Brooklyn Shelflife Project by Showpaper created for BAMArts 2012 and curated by Andrew H. Shirley included five sculptures that will serve as “kiosks” for Showpaper. Finally three of the pieces, shown above, were installed outside the Brooklyn Academy of Music as they were originally intended. From left to right: Swoon and Ryan Doyle, Leon Reid IV and Noah Sparkes, Cassius Fouler and Faust. Click here to see our coverage of this show as it was being installed back in June. (photo © Jaime Rojo) 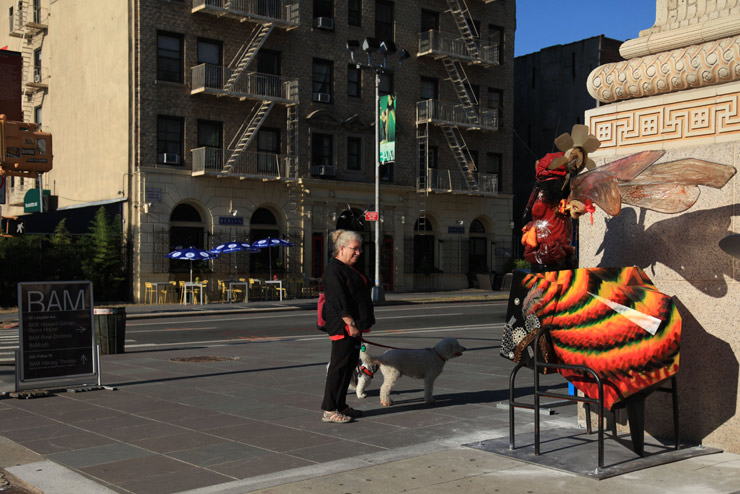 The Swoon and Ryan Doyle piece being admired and contemplated for peeing upon. (photo © Jaime Rojo) 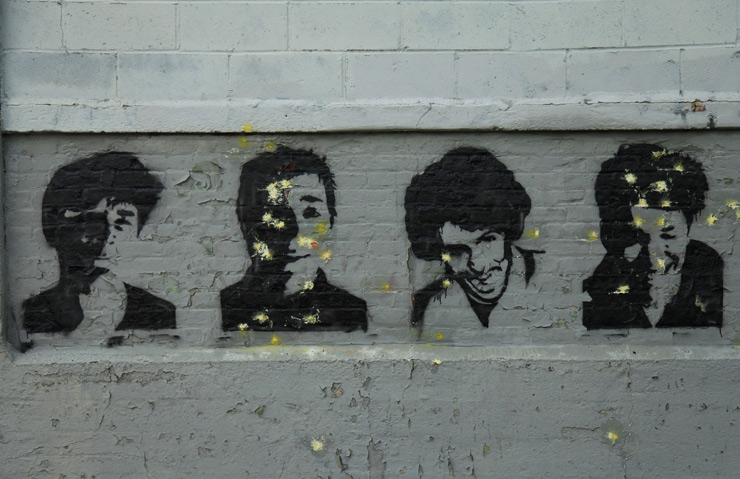 Is this a quartet of pop heroes? Artist Unknown (photo © Jaime Rojo) 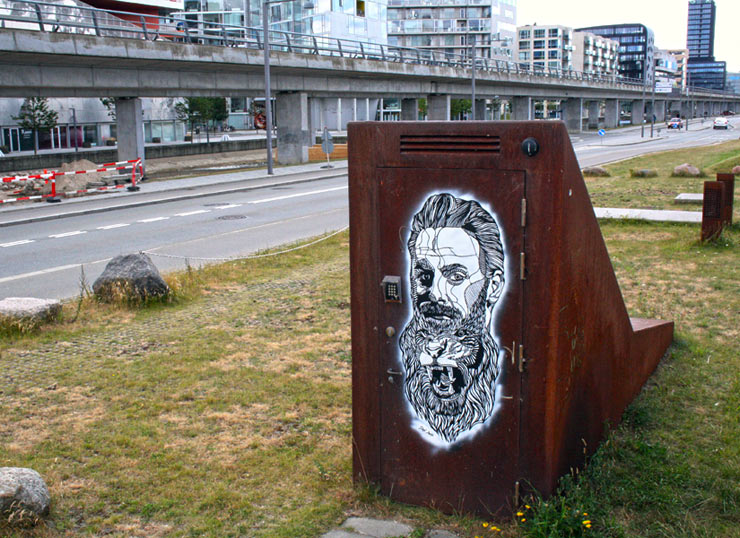 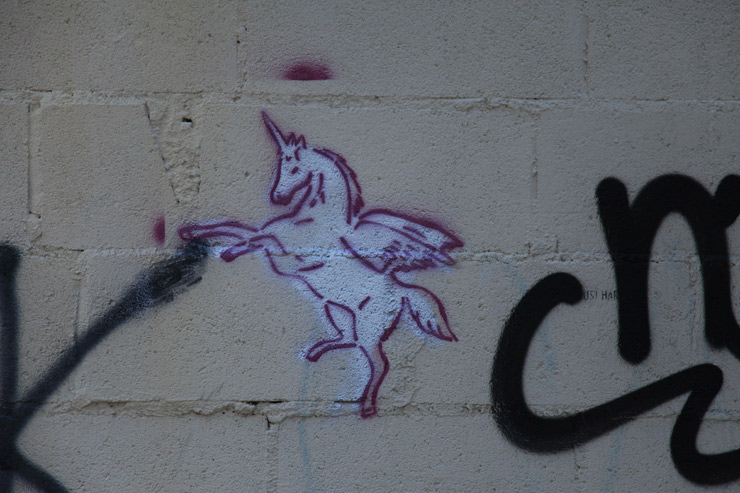 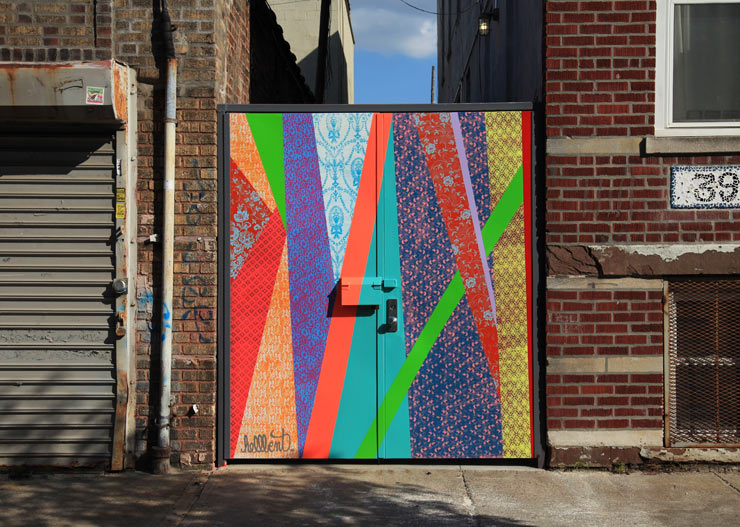 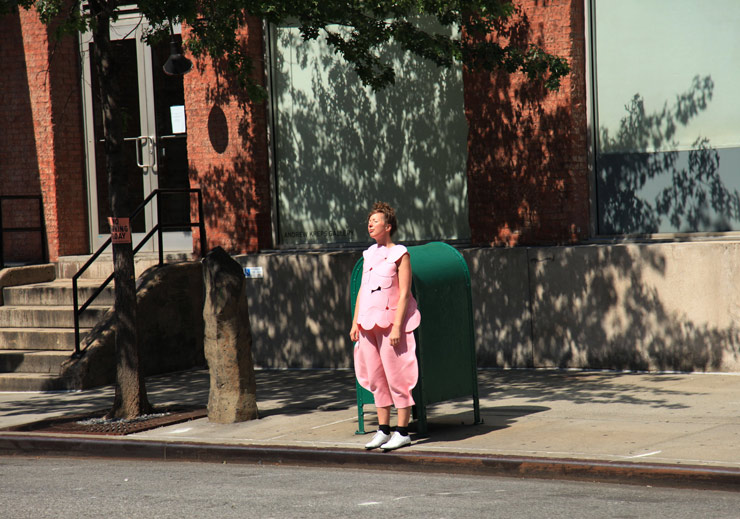 Images Of The Week: 04.06.14
Here's our weekly interview with the street, this week featuring Bob J, Bradley Theodore, Damon, EC13, Jerk Face, KK, L'amour Supreme, Martin Parker, Nick Walker, Rockit, Sampsa, Shok 1, Swoon, ...
"Trashplant" with Forest Dump Et Al : The Completed Installations - Part III
Here at the Trashplant festival in Tenerife, the performance artist and eco-artivist Forest Dump re-added foliage to this new tree that once was a telephone pole that once was a tree. Then he jumped d...
Images of the Week 01.17.10
Our weekly interview with the streets JC2 has taken the image originally wheat-pasted and turned it into a sign post.  Don't recall seeing something this large bolted before, do you? (...
Opiemme Writes Poetry and Letterforms Across Italy
”What do you write?” For decades graffiti writers have been checking out one anothers’ bonafides with this question. Even as tags turned to large complex pieces, evermore stylized through means of ex...
Live Stenciling in Berlin with Street Artists for "Cut It Out"
The stencil has been a steady presence on the street since the beginning of graffiti and Street Art. Possibly picked up from commercial or military methods of labeling shipments, machinery, signage, a...
Austria Baltimore BAM BamArts 2012 Brooklyn Brooklyn Shelflife Brooklyn Street Art Cassius Fouler copenhagen Croatia Cruz Dan Witz Distort Don John FAUST Federico Cruz Galore Festival GR170 Hellbent Henrik Haven Jaime Rojo Knarf Leon Reid IV Lumpenpack Crew Manhattan Meer Sau Milan Noah Sparkes NYC Rae Ryan Doyle Showpaper Sobekcis Sofia Maldonado Steven P. Harrington Swoon Toven Vienna