“Streets of the World” Now Open in Soho

“Streets of the World”, the massive new show at Opera Gallery is open to the public today after a boffo opening last night. It’s not all brand new stuff, but we’ve never seen it before – this is a very fun Street Art to go see. Also, for Aunt Bea, there’s even a real live Banksy! Make sure to go down stairs as well as the show continues in the basement. 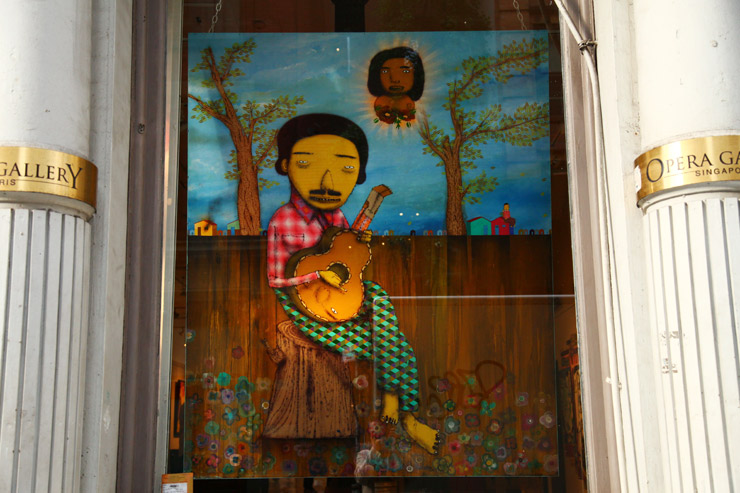 Os Gemeos serenading you out the window (photo © Jaime Rojo)

Also…“The Streets of the World” Converge at Opera Gallery

“A Night With The London Police” (Newcastle)

If you are up to spending the night with the naughty boys of The London Police then head over to Newcastle yonder in the UK where at Unit 44 Gallery where they’ll charm you with their natural wit and talent tonight at the opening of their show “A Night With The London Police”. 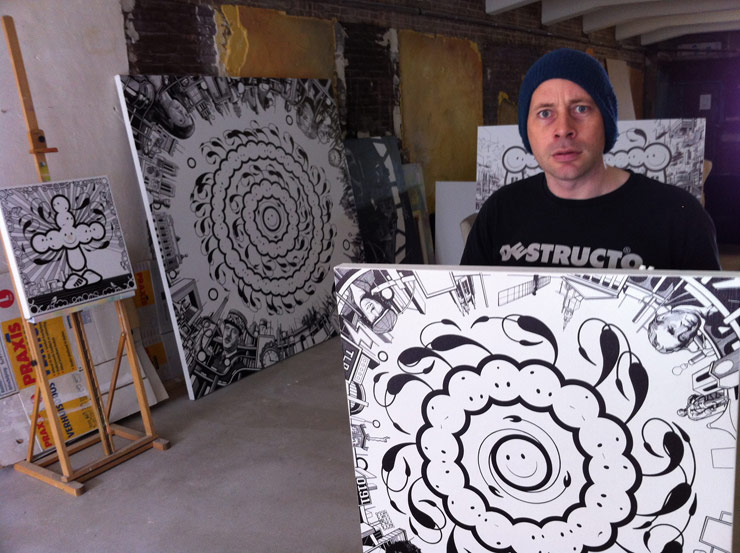 And now Chaz will attempt to hypnotize you. The London Police (photo © Unit44)

In San Francisco at the White Walls Gallery will be the British Street Artist named Word To Mother on Saturday. He’s been busy tagging and will be glad to tell you why he “Can’t Afford To Be Broke”. 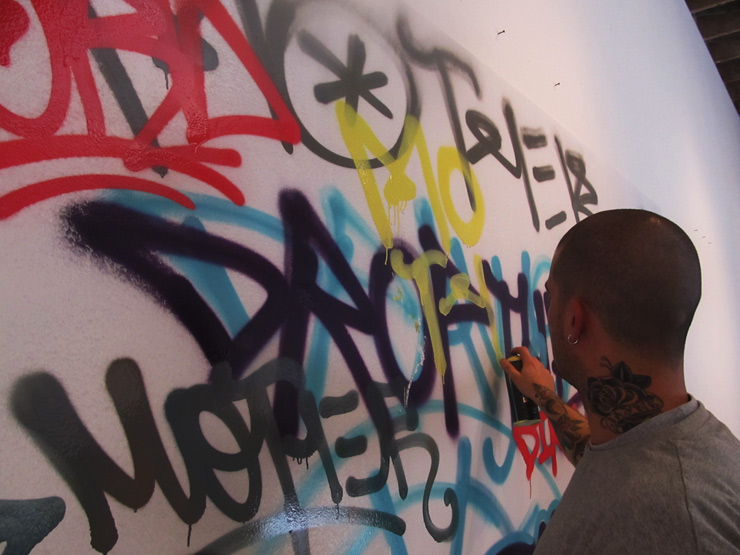 At C.A.V.E. Gallery in Venice Beach, CA “Lo-Cal” A group show including BECCA in the back room. Click here for more details on this show.

At the Fabien Castanier Gallery in Ventura City, CA a “French Invasion” takes place with JonOne, Nasty, Rero, Speedy Graphito and Tilt in a group show. Click here for more details on this show.

At The Navarro Residence “The Exchange Project: Series I” in LA opens on Saturday with Radical!, Patrick Porter and Scott Michael Ackerman. Click here for more details on this show.

Lister in a video by Carlos Gonzalez

On this video Carlos Gonzalez interviews and documents Anthony Lister during his multiple trips to Los Angeles.