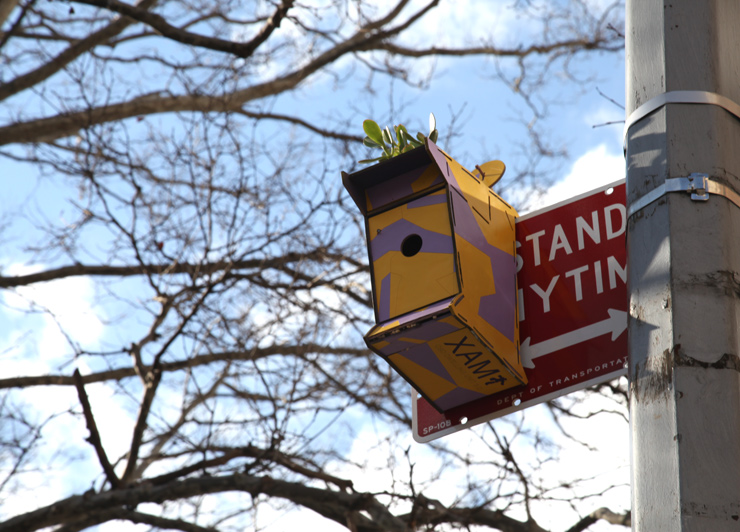 Last summer we began noticing unusual bird houses installed in elevated locations around Brooklyn by Street Artist XAM. Fashionable high-tech real estate options for our fine feathered friends, the smart shelters are not just another pretty space.  Each aviary domicile is designed, constructed, and installed free of charge – although rumor has it that a broker from Corcoran has tried to rent out one as “a cozy sun drenched studio with river views”.

XAM employs their Constructive Street Design process to this high-strung hangout in Manhattan  and calls it CSD Dwelling Unit 3.0. It is equipped with a solar panel, a rechargeable battery and a LED porch light that lights up at night to attract insects. Additionally it has a food storage area, passive ventilation, slopes to aid in drainage, and a “green roof” system with angles that cut down on wind resistance and create more stability for the home. 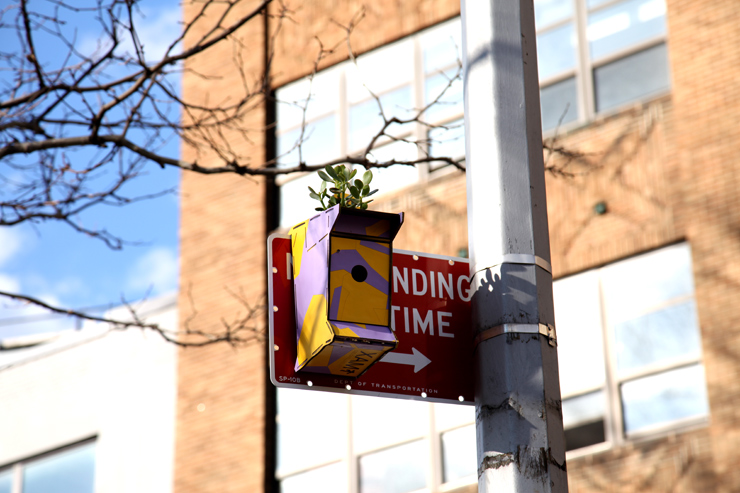 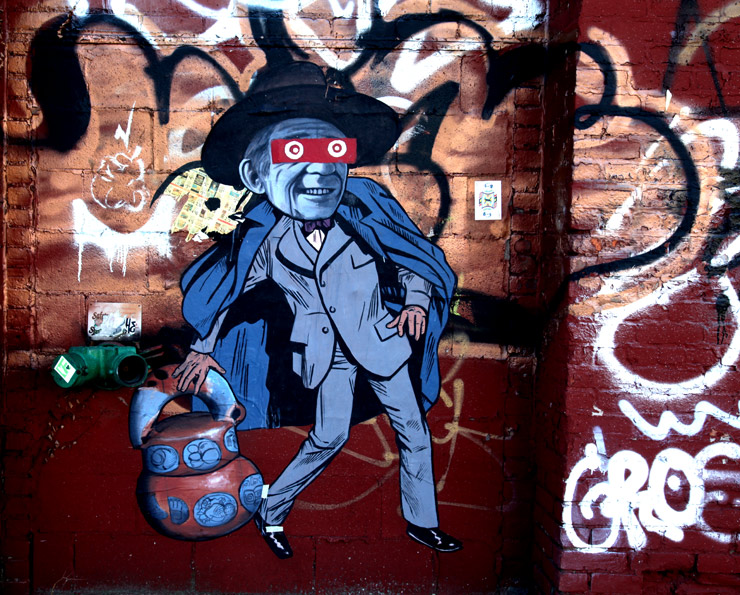 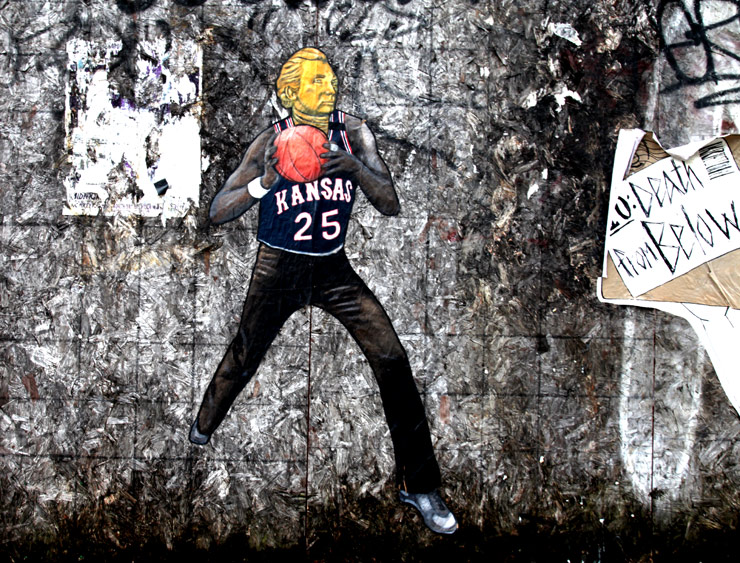 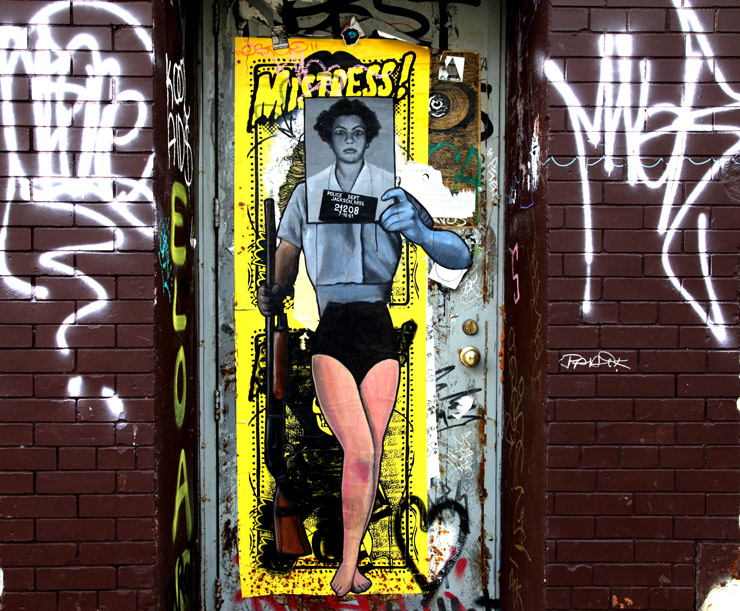 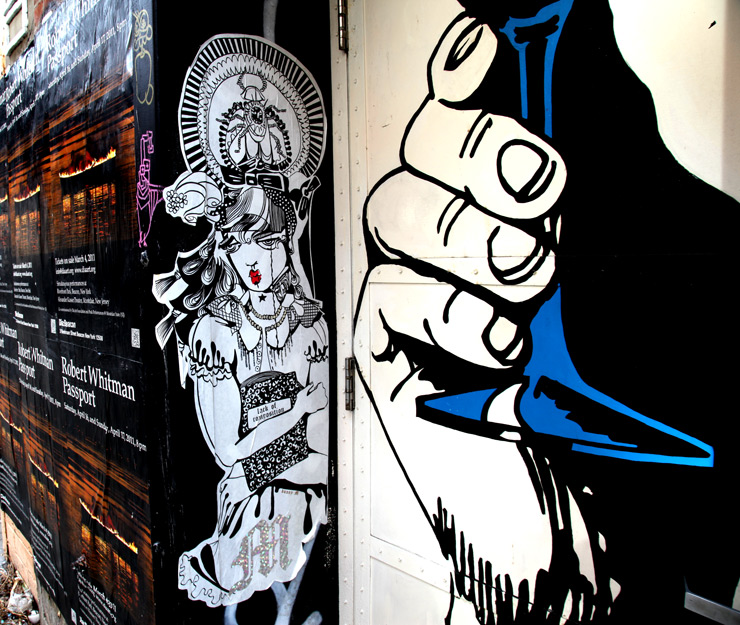 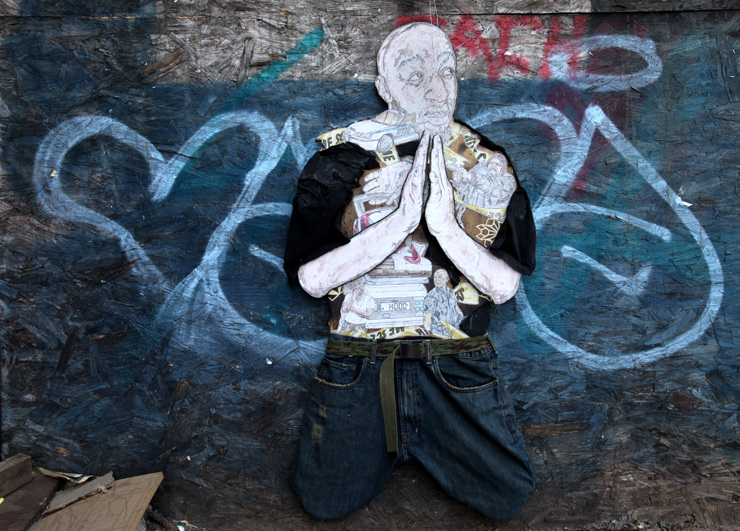 NohJColey installs a new piece in his series of interactive sculptures in Brooklyn. A wooden piece over the figure’s head can also be separated, giving you the option of controlling either the left or right hand. (photo © Jaime Rojo) 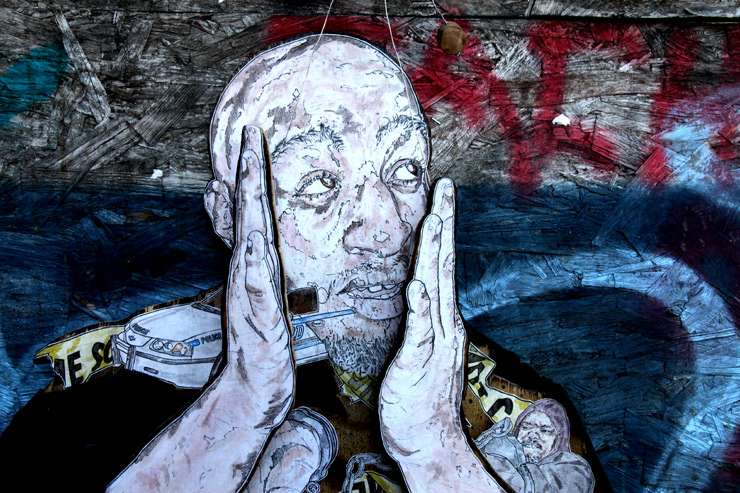 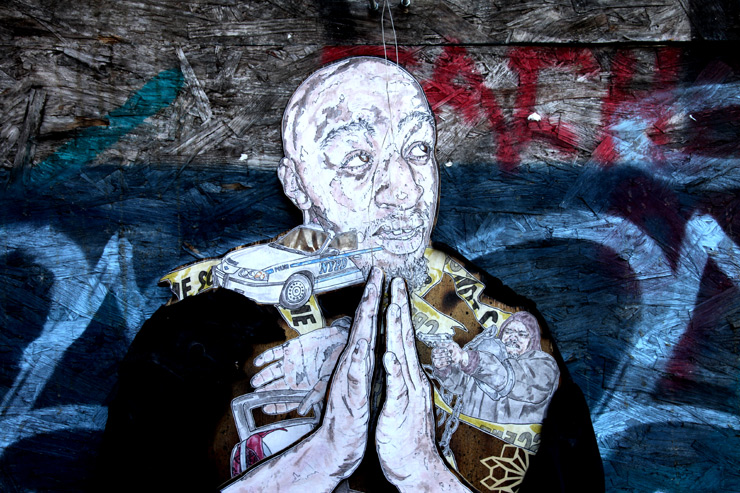 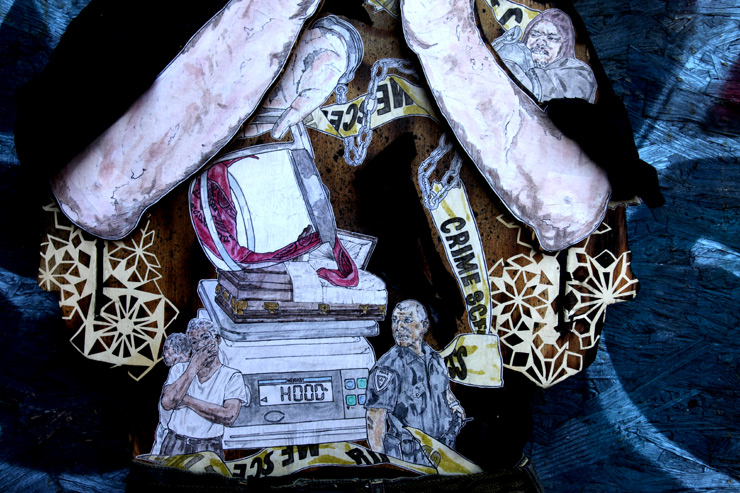 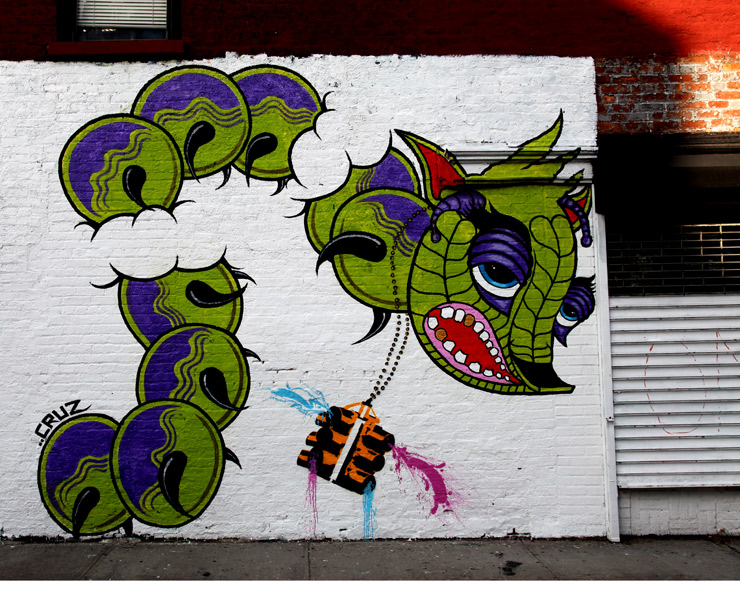 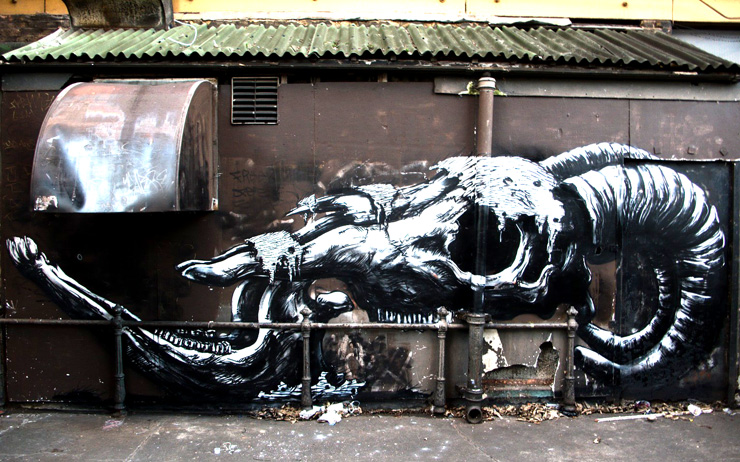 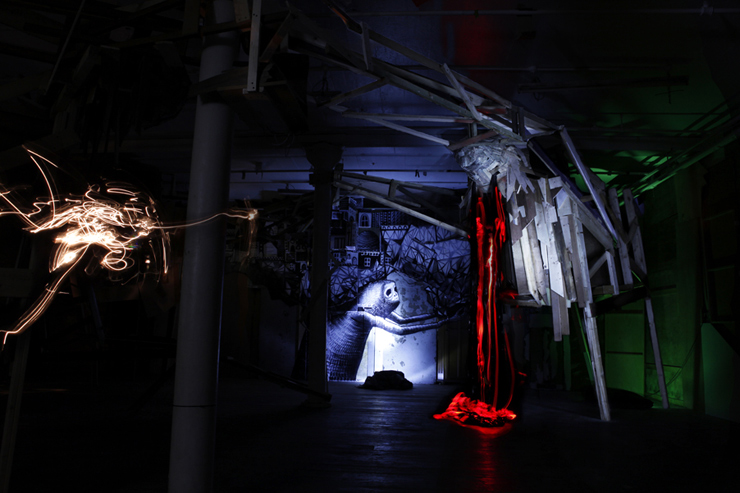 A Black/Light installation in the Bussey building in Peckham (south of London) for the artist collective ROBOTS show with ROA and Phlegm.  (photo © Alexander Davies)

BSA Images Of The Week: 07.05.20
Welcome to BSA Images of the Week. Hanging tough is what New York does, and the art in the street is 10X more potent than six months ago. It's almost cliche to say that Street Art and graffit...
Never Crew: Ordering Machine - Grenoble 2016
Two whales are suspended from a clothing hanger as if dangling inside “an infinite closet” say Christian and Pablo, the guys who comprise Nevercrew. The glorious intelligent sensitive and graceful...
Swoon On the Streets, In the Fairs, and Beyond in Hong Kong
Brooklyn Street Artist Swoon has traveled to hot, hopping Hong Kong recently to create the façade for the tramline with HKwalls, a program of customization for the historic public transportation cars ...
BSA Film Friday: 06.19.15
Rubble Kings. © Perry Kretz   Our weekly focus on the moving image and art in the streets. And other oddities. Now screening : 1. "Rubble Kings" : Gangs, Graffiti, Hip-Hop in 1970s NYC ...
BSA Images Of The Week: 04.01.18
Happy Easter, fool. JK it's also April Fools Day but we know you are no fool amiright? This week we are going all graffiti for our Images of the Week section, and most of it is on Brooklyn roo...
Alexander Davies Brooklyn Brooklyn Street Art BrooklynStreetArt.com Bunny M Cruz El Sol 25 Jaime Rojo London Manhattan MIkko Eley NohJColey NYC Roa robots Steven P. Harrington U.K. XAM