This weekend for BSA was a little bit of street art and graffiti history alchemy, transmuted by the presence of the lady we were all doing it for, Martha Cooper. To celebrate her birthday and the soon to be unveiled “Martha Cooper: Remix” show at Carmichael Gallery in Culver City, CA, Street Artists Chris Stain and Billy Mode sprayed aerosol into gold using imagery from her photography as base inspiration. 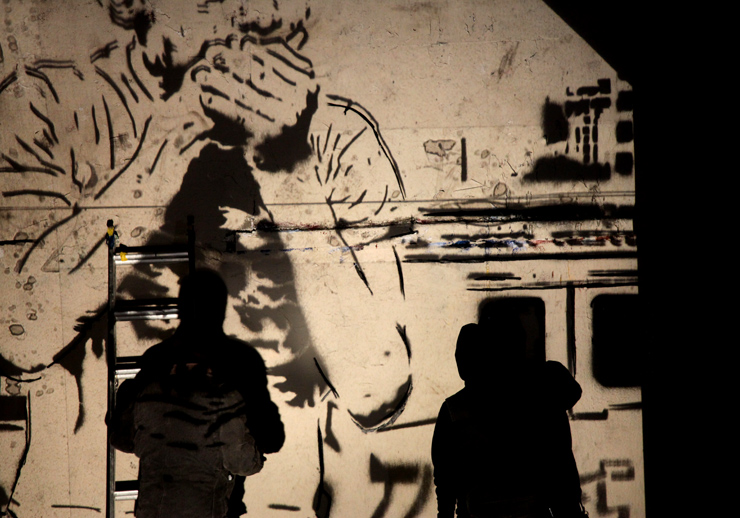 On this bitterly cold and windy Brooklyn night, the good humored boys were blowing through cans on tops of shaking ladders, continuously working against the elements for what Chris called “some xtreme painting”. While taking a break to warm up inside, everybody had some chocolate birthday cake and Martha flipped through Subway Art with Chris and Billy, answering questions and relating stories about what it was like for her to capture graffiti on trains in New York in the 1970s and what it’s like to see Street Artists like Chris Stain interpreting her photographs today. 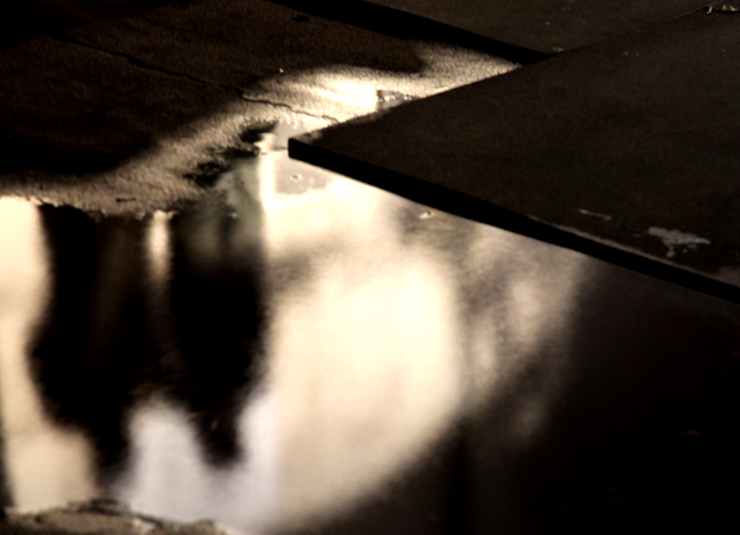 Our first conversations in September ’09 with Martha for a posting on BSA that discussed art inspired by her work evolved into a 50-artist “remix” show featuring old-school graff writers and new guard street artists next month.

“I thought about what we had done, what you had done in that blog post. We talked about how artists had used my work and I thought, ‘Why don’t I do that?’ ,” Martha remarks on the formation of her show plan.

It has been a genuine honor to be a part of the process and to see the pieces coming in to Ms. Cooper’s studio for the show. It’s also been intoxicating to imagine the relationships and personal paths that have intersected in the pursuit of artistic expression. Each invited artist has a very personal take on the influence of her photographs from a 40 year span, and the directions they take the work are myriad. Watching Chris and Billy create this large scale wall tribute in Brooklyn reminds us of the interconnected worlds of Graffiti Art and Street Art and how Ms. Coopers’ photography has contributed to the history and artistry of both.

Here are a few shots by Jaime Rojo of the installation for a sneak peek of this great experience – with a full length feature interview with Martha and commentary about the nature of the image from Chris and many more images coming this week. 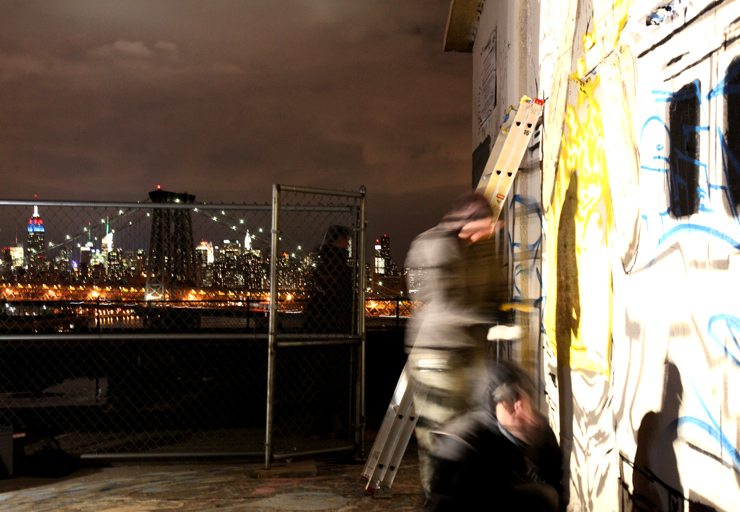 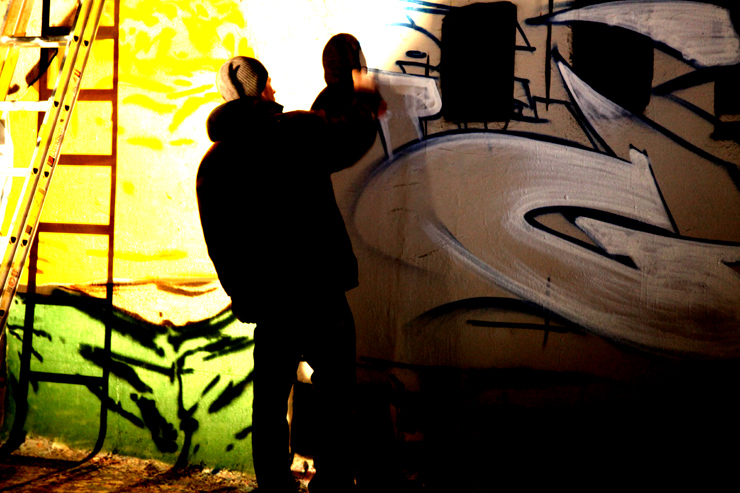 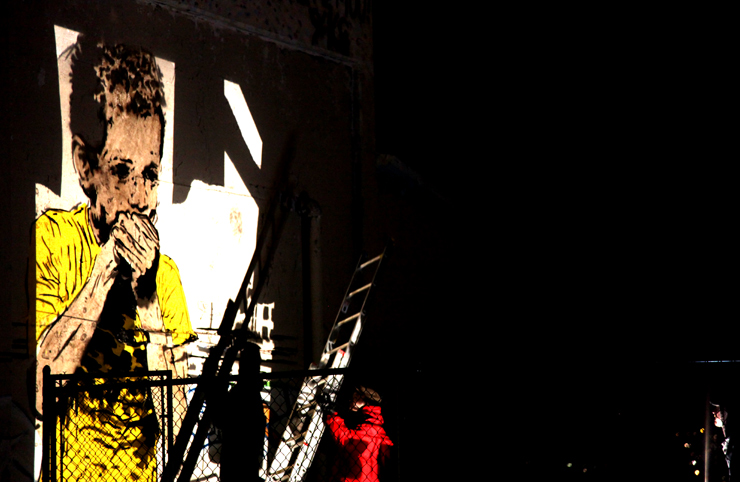 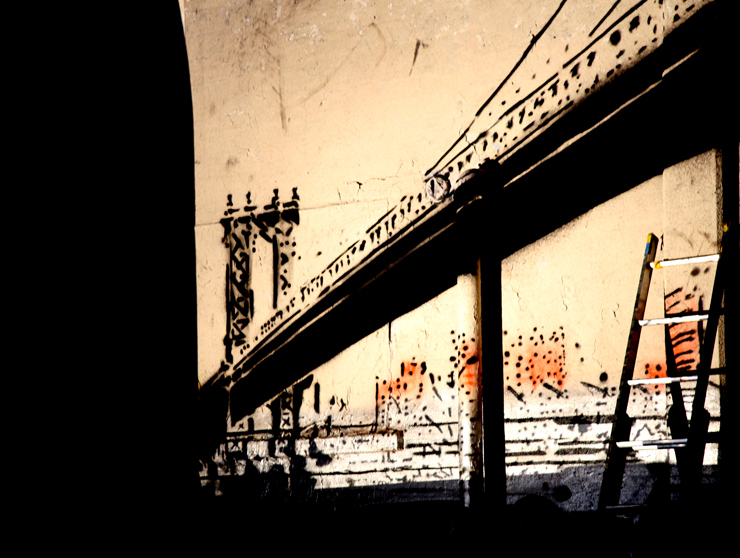 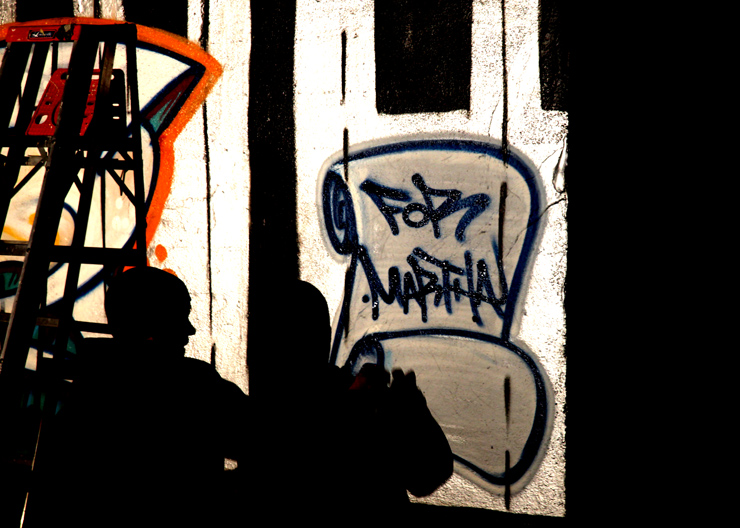 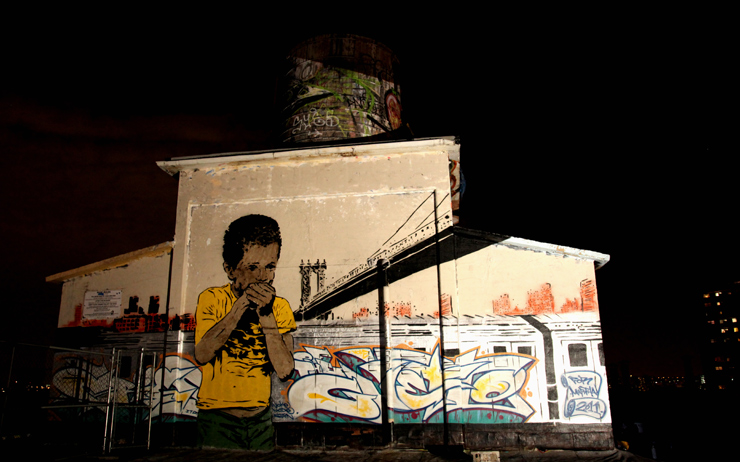 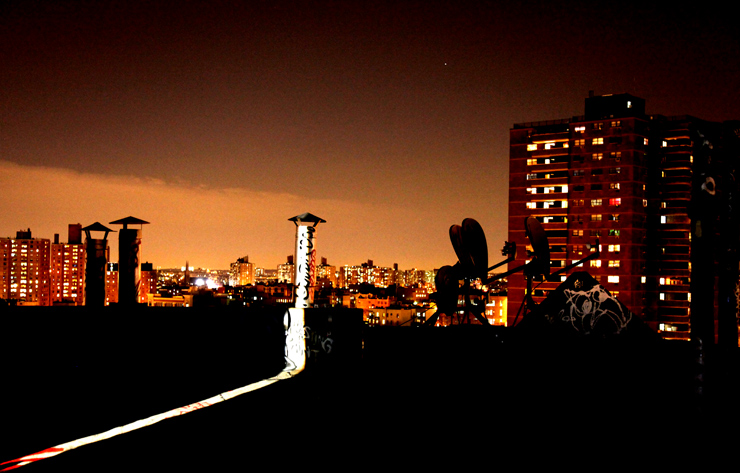 Jardin Rouge: A Unique Garden for Street Artists to Grow In
The soil in this garden is a deep rich red hue, as is the lifeblood that pumps through this modern compound with echoes of Egyptian mastaba architecture. Jardin Rouge invites Street Artists, graffiti ...
The Bushwick Collective 11th Annual Block Party - 2022
Joe Ficalora and the Bushwick Collective crew took over the streets of Bushwick again this year to entertain the locals, the visitors, and everybody else with his annual block party. When you look at...
Skulls, Death and "Memento Mori" on the Street Art Scene
Oh death, the world simply brims with it. Naturally so do the streets. We’ve been able to cheat it, cavort and dance with it, even bargain with it but so far we have been unable to win the fight. Ev...
SMASHED: The Art of the Sticker Combo by "I Will Not"
Anyone born after 1960, and that includes most sticker artists on the street today, has a positive association with the humble sticker. From "smiley" and "gold star" rewards stuck to the top of your ...
Etnik Splashes a Watery Icosahedron in Jacksonville, Florida
“If you look on the map, Florida is like Italy, all surrounded by water,” says Etnik as he finishes this new spatial composition of geometrical forms. “Ocean, river, fishes and everything that is in t...
AEON Aiko Anthony Lister Anton van Dalen B-Gee Barry McGee Billy Mode Bio Blade Blanco Brooklyn Brooklyn Street Art BurningCandy Crew Cekis Cey Chris Stain Claw COSBE Crash Dabs Myla Daze DEARRAINDROP Evil Dr. Revolt FAUST Flying Fortress Freedom Fumakaka World Dominator Futura Gaia How & Nosm Jaime Rojo Jane Dickson John Ahearn José Parlá Kenny Scharf LA II Lady Pink Lee Quinones Logan Hicks Mare Mark Bode Martha Cooper Nazzareno Stencil Nicer Nunca NYC Quik Shepard Fairey Skewville Steven P. Harrington Subway Art History Swoon T-Kid Terror161 The London Police Victor Castillo