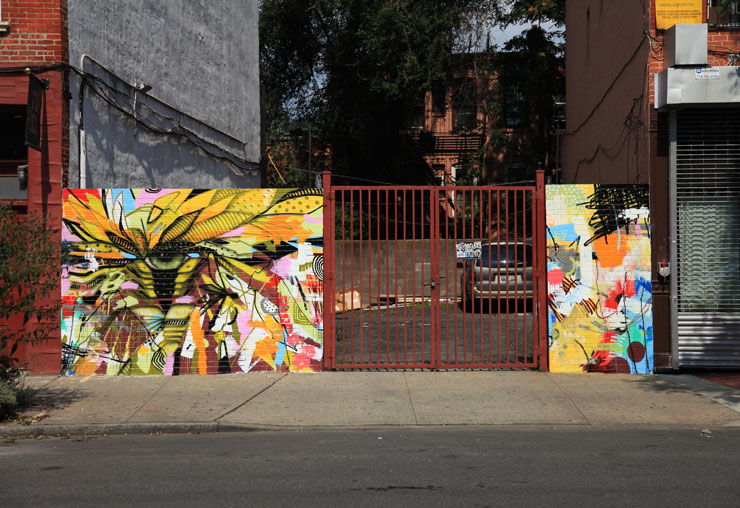 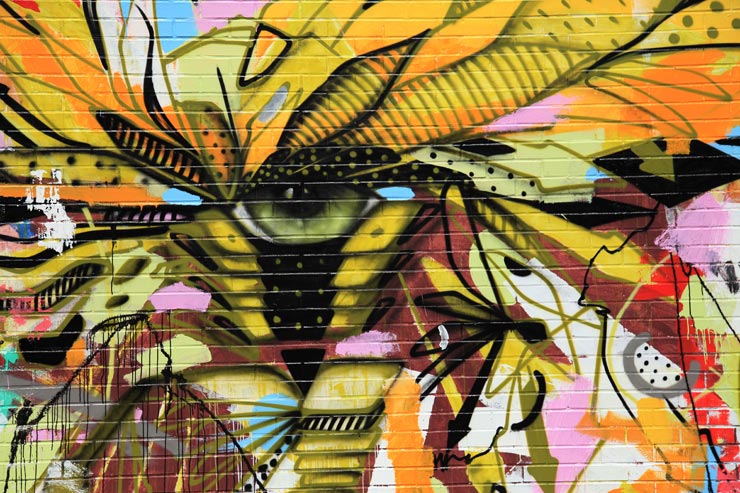 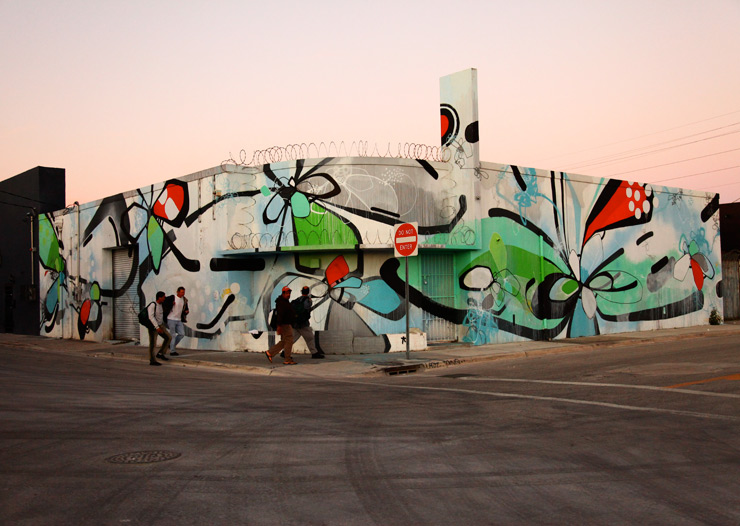 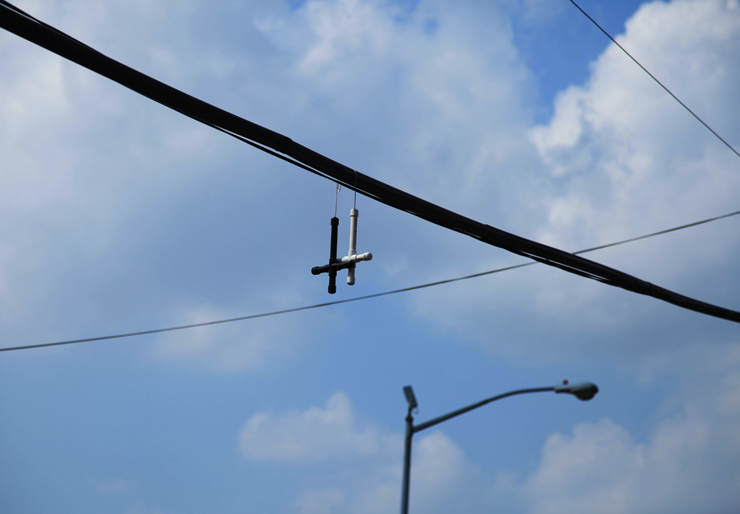 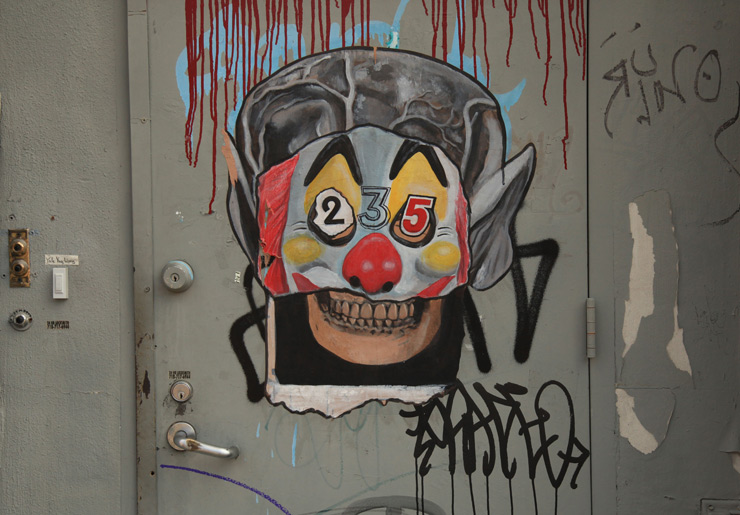 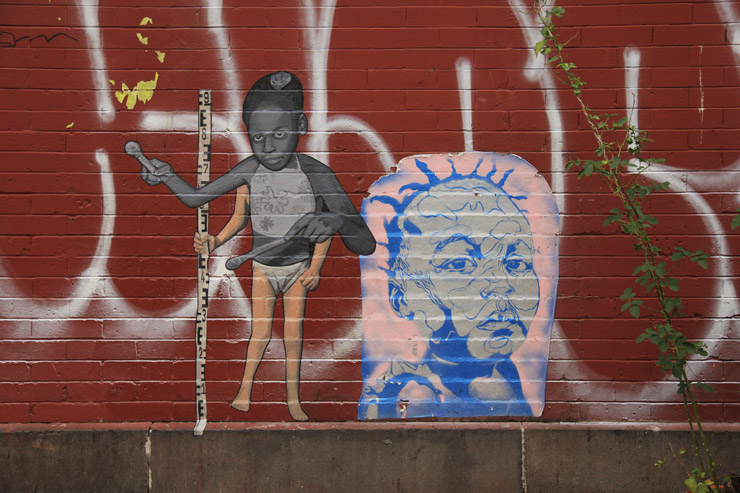 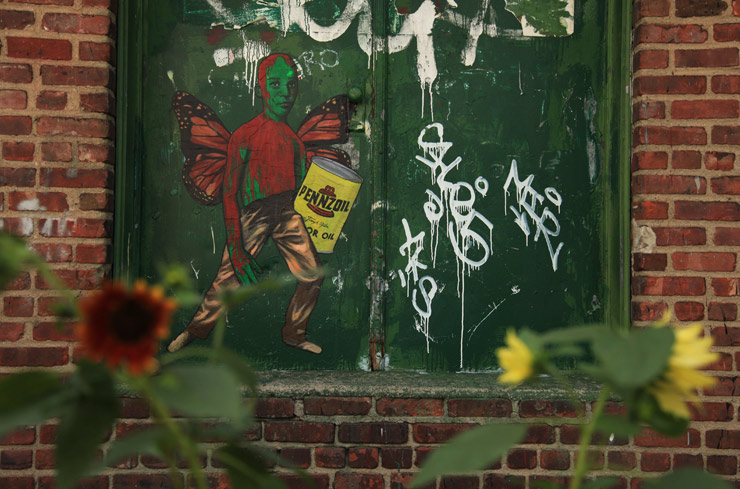 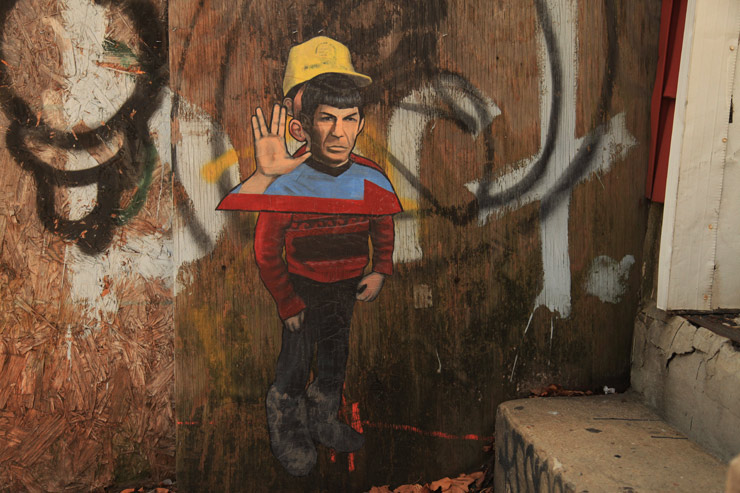 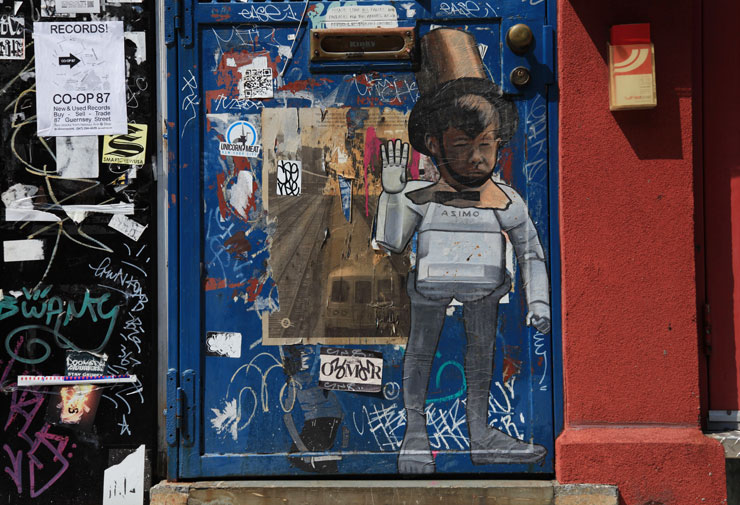 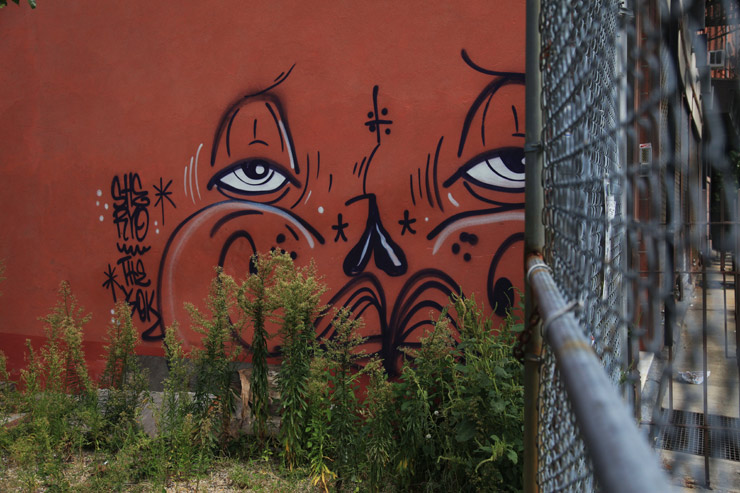 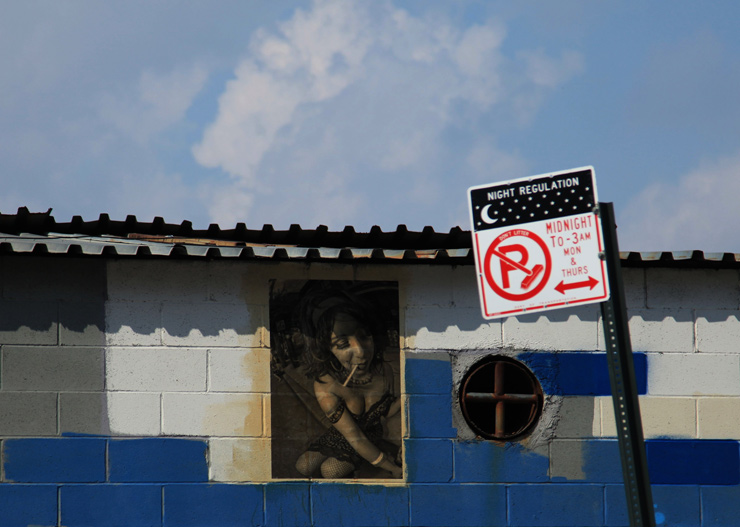 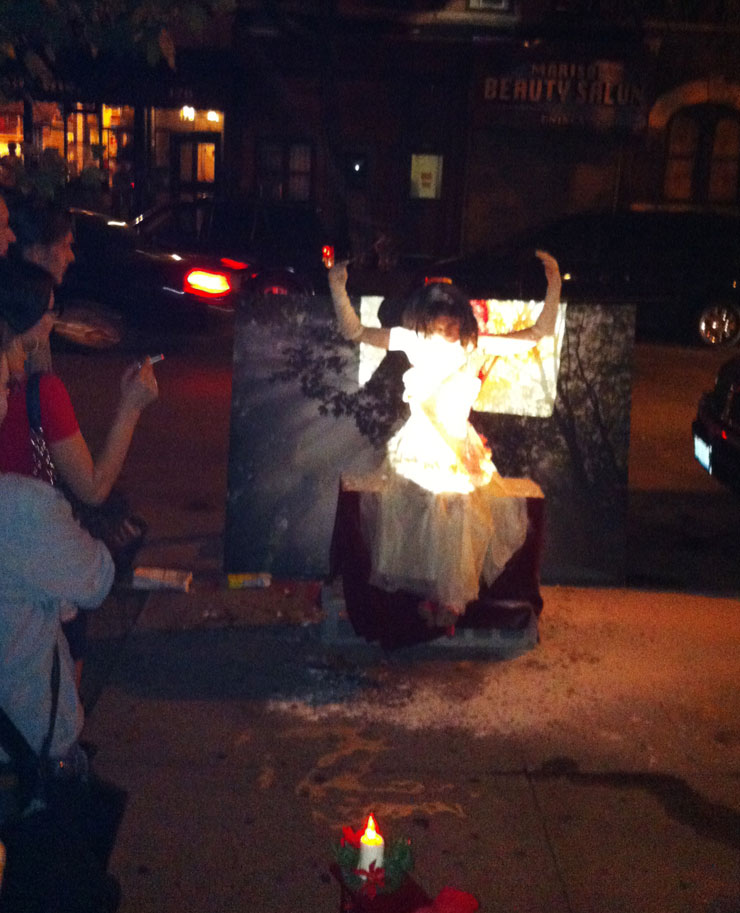 The Beautiful and awesome Adeline performs to celebrate NohJColey’s birthday at his opening last night. Better than Marilyn at the MSG for Jack. (photo © Jaime Rojo) 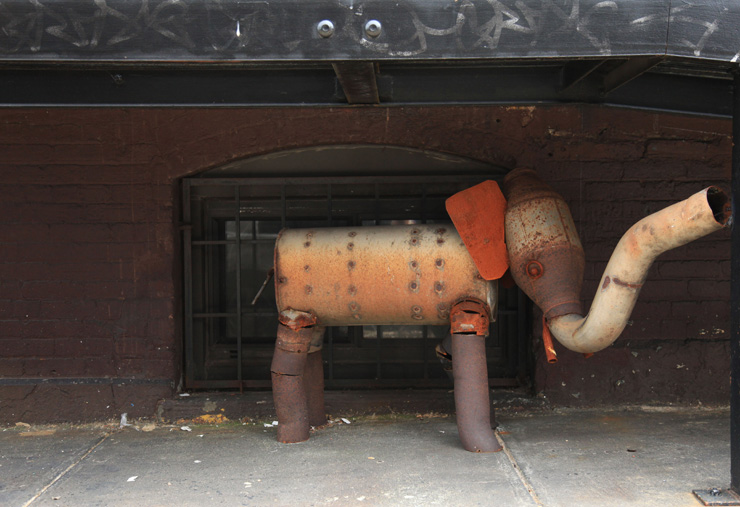 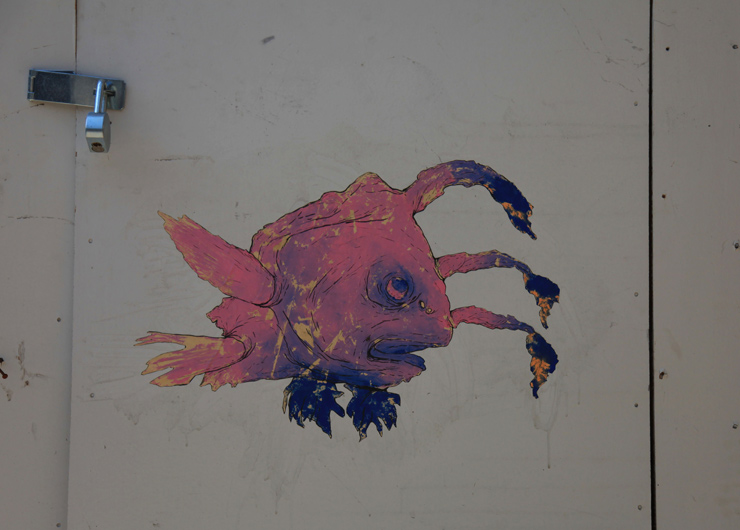 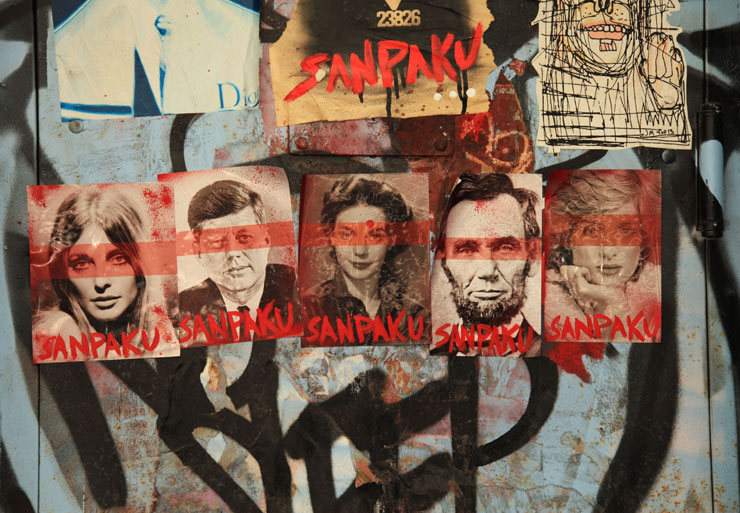 Sanpaku gan (三白眼) or Sanpaku (三白) is a Japanese term that means “three whites” and is generally referred to in English as “Sanpaku eyes”. The term refers to the iris being rather small, so that it only covers about two-thirds or less of the vertical axis of the eye; e.g. delineate an eye into four portions; the iris would only occupy one portion of the divided four sections; thus leaving the other three in white, hence “three whites”.

When the bottom of the white part of the eye, known as the sclera, is visible it is referred to as ‘Yin Sanpaku’ in Chinese lore. According to the myth, it represents physical imbalance in the body and is claimed to be present in alcoholics, drug addicts and people who over consume sugar or grain. Conversely when the upper sclera is visible this is called ‘Yang Sanpaku’. This is said to be an indication of mental imbalance in people such as psychotics, murderers, and anyone rageful. Stress and fatigue may also be a cause.[1]

In August 1963, macrobiotic pioneer George Ohsawa predicted that President John F. Kennedy would experience great danger because of his sanpaku condition. This was reported by Tom Wolfe in the New York Herald Tribune.[2]

People with sanpaku eyes may also be feared to be prone to violent or disordered behaviors.[citation needed] There is no evidence for this belief, however.

John Lennon mentioned sanpaku in his song “Aisumasen (I’m Sorry)” from the 1973 Mind Games album. It is also briefly referenced in William Gibson’s Neuromancer, as well as in Michael Franks‘ 1979 song “Sanpaku”, and in The Firesign Theatre‘s piece “Temporarily Humboldt County”. 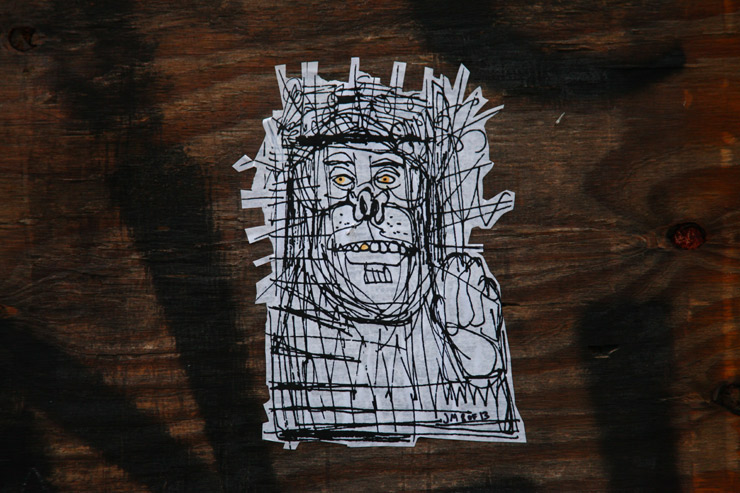 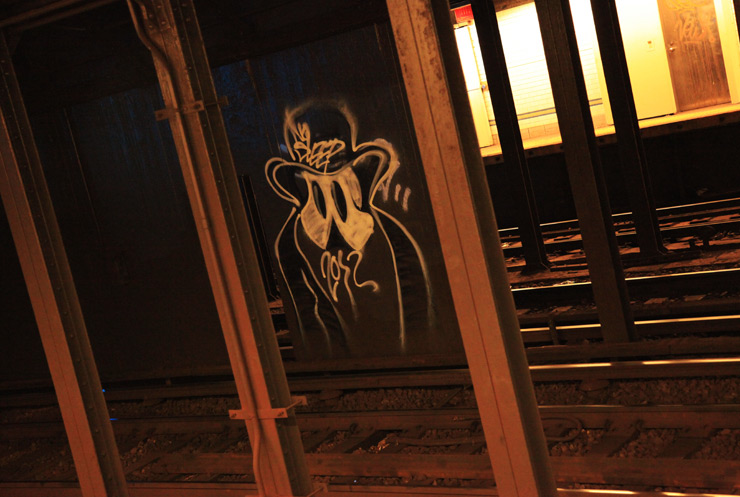 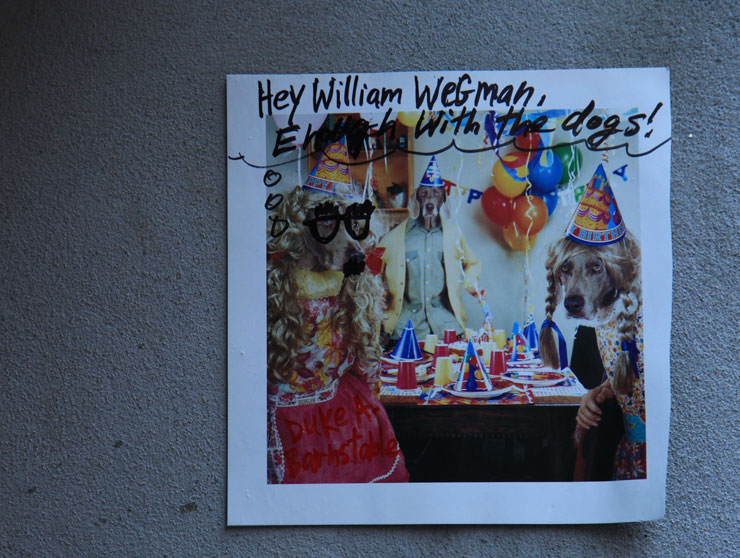 A message for William Wegman from a disaffected unknown feller. (photo © Jaime Rojo) 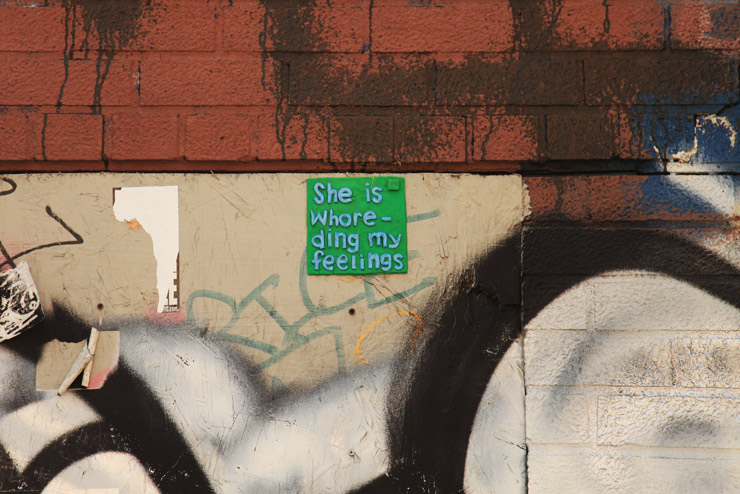 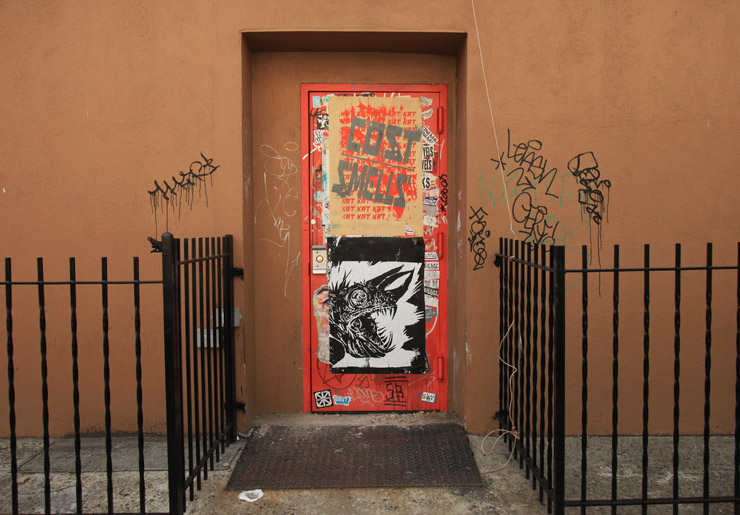 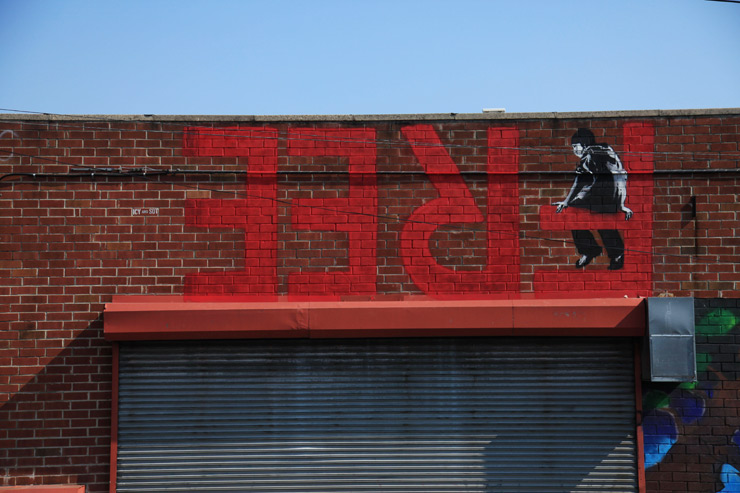 Icy and Sot. Special shout out to Joe’s buddy at Bushwick 5 Points for giving me a lift so I could get the right angle. (photo © Jaime Rojo) 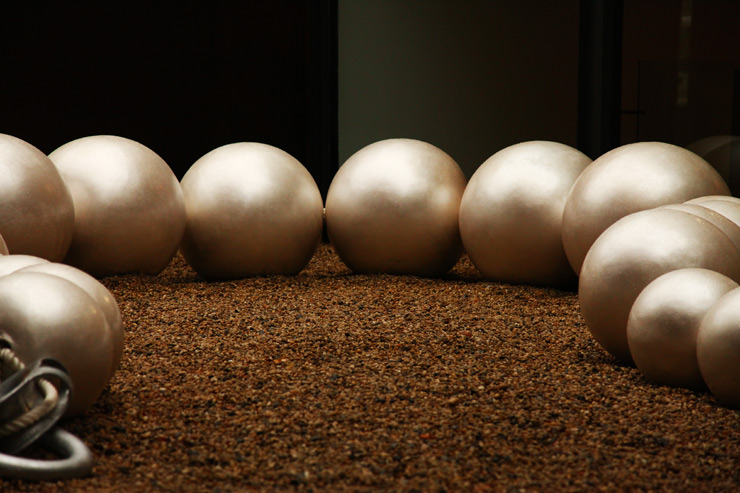 BSA Images Of The Week: 07.24.16
"Vote for the one candidate who does not need this job," intoned one of the many speakers who are receiving a trust fund from DJ Trump this week at the RNC convention. That's convincing, isn't i...
Flowers Growing Out of Your Eyes: Skount Finds Fertile Soil in Ruins
A lot of people like to go hiking and exploring this time of year in the Northern Hemisphere. The weather is cooler, the leaves are turning colors, and because of our proximity to Halloween, many aban...
BSA Film Friday: 01.29.16
Our weekly focus on the moving image and art in the streets. And other oddities. Now screening : 1. DEOW1 in British Columbia : Maple Syrup 2. "From Street To Art" Exhibition in New Yo...
"SOLD" Mag Hits Brooklyn
A spotlight today on a new grassroots publishing project by artists for artists called SOLD. The product of three editors, two of whom are Street Artists, the paper/magazine debuted last Thursday at a...
Tours, Films, & Fight Night : Nuart x Aberdeen x BSA Dispatch 3
“I have two questions,” said one smartly sweatered and coiffed lady of a certain age. She had grabbed an elbow as we waded through the 350-person tour that we were leading through Aberdeen streets w...
Adeline Brooklyn Brooklyn Street Cost El Sol 25 Icy Jaime Rojo JM Joseph Meloy Keely LMNOP Manhattan Mr. Toll No Sleep NohJColey NYC Sanpaku Sheryo Shie Moreno Smells SOT Steven P. Harrington The Cretin The Yok Werds WillamWegman