In NYC there are certain rites of Summer that mark the onset of the new season. The beaches get cleaned of condoms and medical waste every year just in time for Memorial Day Weekend for example. Children playing in spraying fire hydrants on hot days – always splendid.

Water related activities remind us of another favorite Summer rite of hormones; Wet T-shirt contests! Also, saucy libertinas with short, fresh sun dresses going up or coming down the subways’ stairs on a windy platform without knickers, that’s always a pruient plus. And shirtless boys showing off by doing tricks on bikes, skateboards, or anything really – generally making fools of themselves- another Summer tradition.

And of course Bushwick Open Studios.  This is the 6th Edition and we have loved every one.

Someone told us there are 500 open studios this year;
a. Bushwick has arrived, but you knew that
b. Artists can’t do math so don’t trust any numbers you hear for the next two days. Or is that three days?

Naturally, there will be plenty of Street Art as the scene continues to flourish and here are our recommendations … 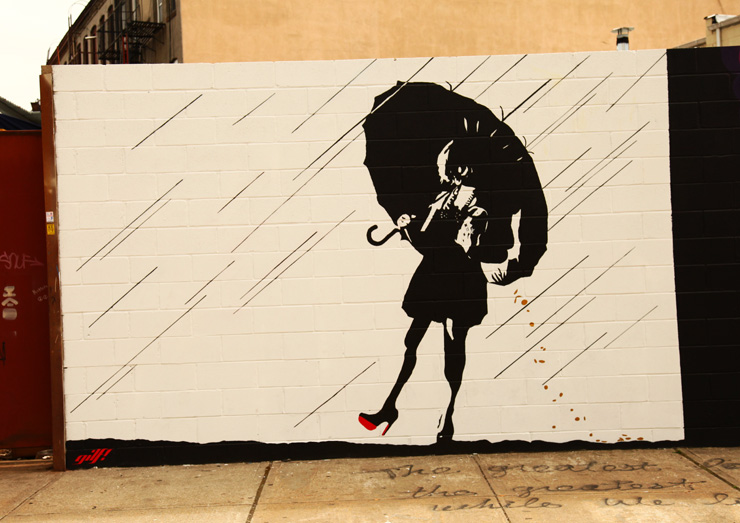 Gilf! on the streets of Bushwick. (photo © Jaime Rojo)

For more information regarding the Official Opening Party click here.

El Celso invites you to his studio to give you a personal demonstration of his project La Luz. 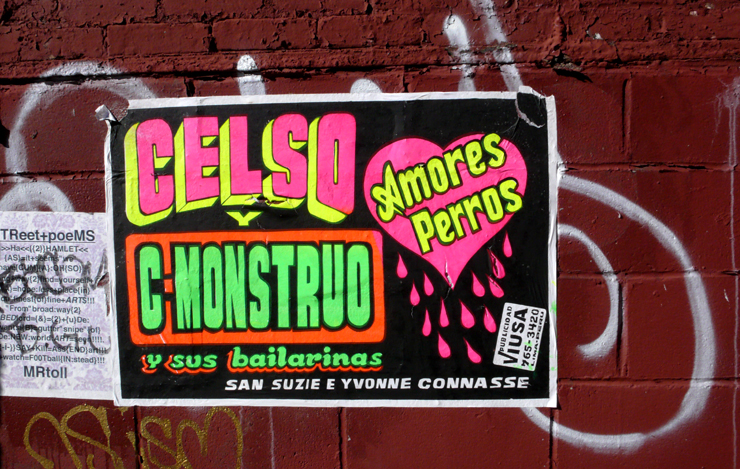 El Celso on the streets of Williamsburg. (photo © Jaime Rojo)

Loveably stylish and morally degenerate Don Pablo Pedro will be showing at English Kills Art Gallery at the Annex. 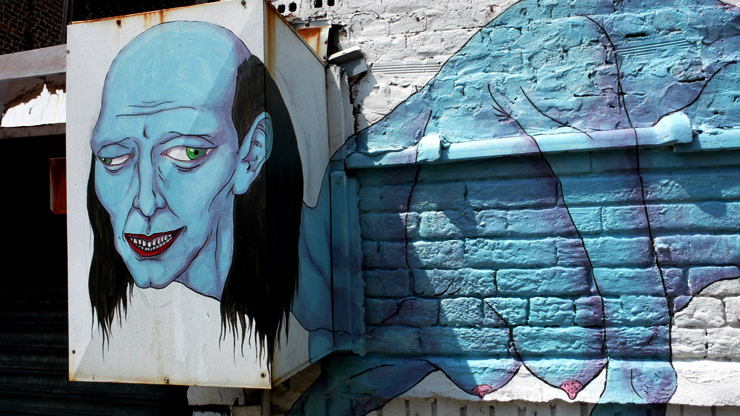 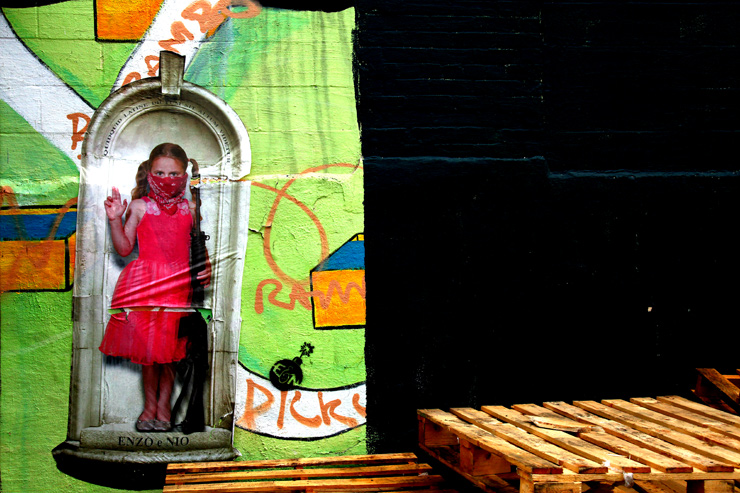 Enzo & Nio on the streets of Bushwick. (photo © Jaime Rojo)

Sharp, bold, independent Bishop 203 is one of Brooklyn’s Angels. 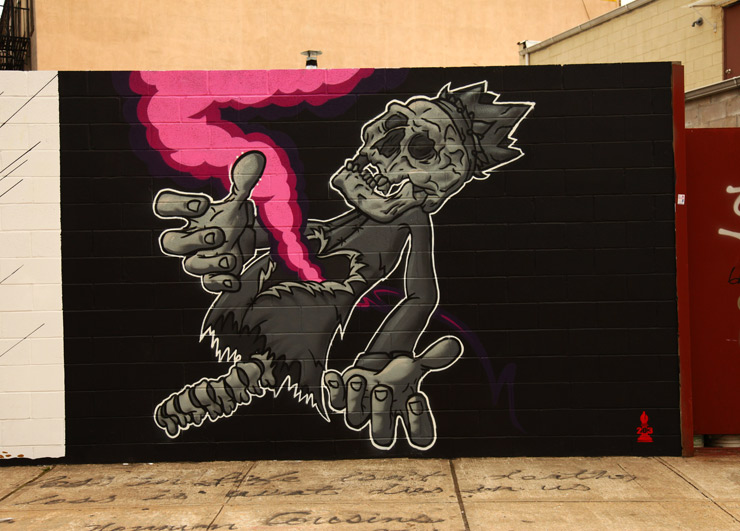 Bishop 203 on the streets of Bushwick. (photo © Jaime Rojo)

Dennis McNett Invites You to the Wolfbat Studios

Dennis McNett, the master printer, puppet maker, pied piper, and maker of magic has scared many with his Street Art creatures popping out as you turn a corner. Now you are invited into the magical kingdom of Dennis McNett Wolfbat Studios. You won’t be disappointed. 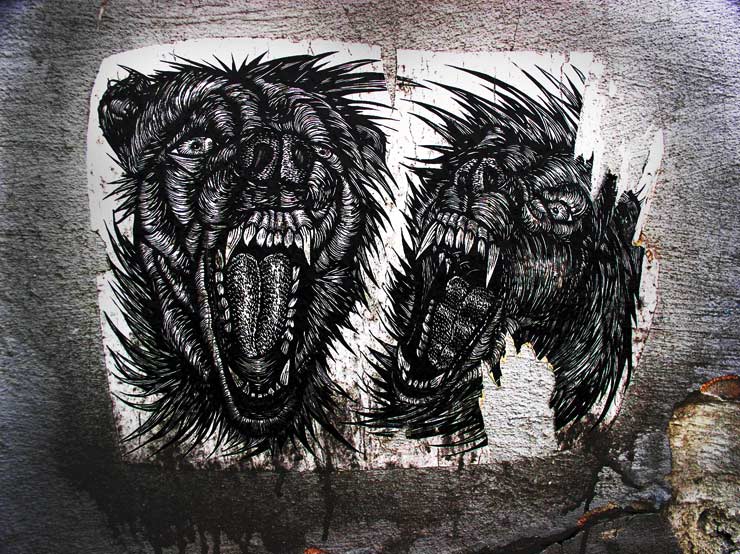 Dennis McNett on the streets of Williamsburg. (photo © Jaime Rojo)

Visit Pink Cloud, Abel Macias’ studio and you might end up with free art. Who knows? 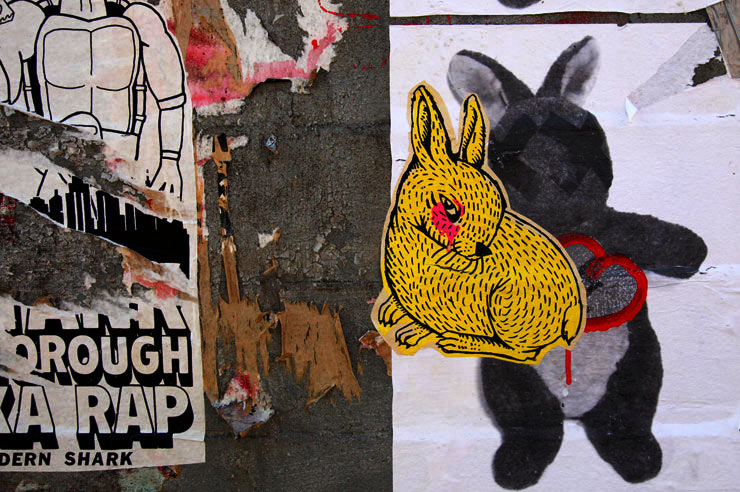 Pink Cloud on the streets of Williamsburg. (photo © Jaime Rojo)

BOS has so much more than we can list here; Performances, music, fashion and a plethora of studios to visit. For a complete listing of events, calendar, schedules and BOS Directory click here. 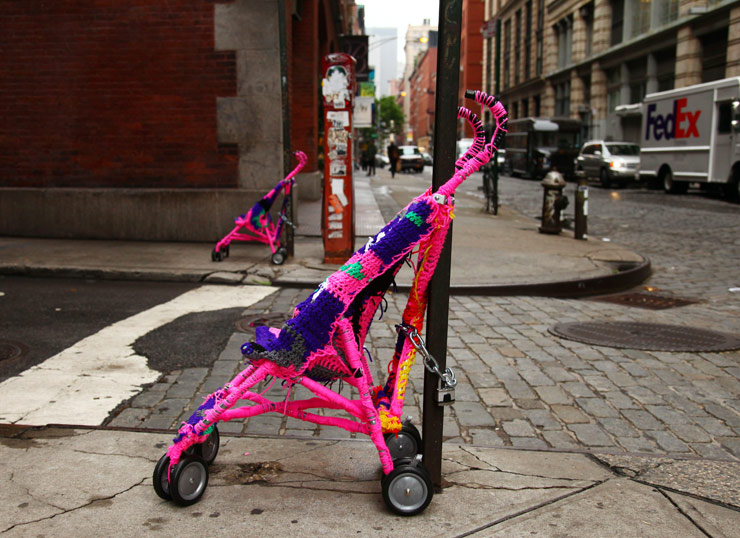 Darkclouds does the Same Old Same Old in Boston 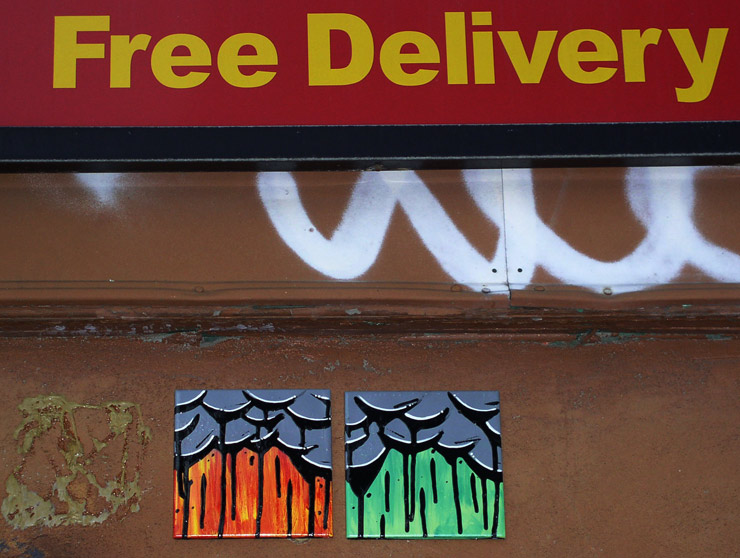 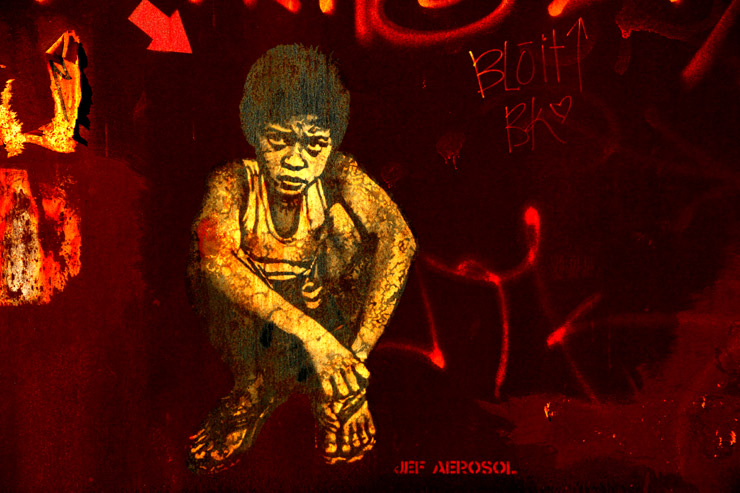 Jef Aerosol on the streets of Bushwick. (photo © Jaime Rojo)

“Pandamonium” A Group Exhibition at Signal Gallery in London is now open to the public. Click here for more details on this show.

Herakut‘s new solo show “After The Laughter” at London’s Shea & Ziegler Gallery is now open to the public. Click here for more details on this show.

The new group show at L.I.C.K. Gallery in Long Island City, Queens titled “4 of a Kind” includes REGA, EVOKER, MikeDie and Chris RWK and it opens tomorrow. Click here for more details on this show.

Andreco and Ericailcane in Morocco (VIDEO)