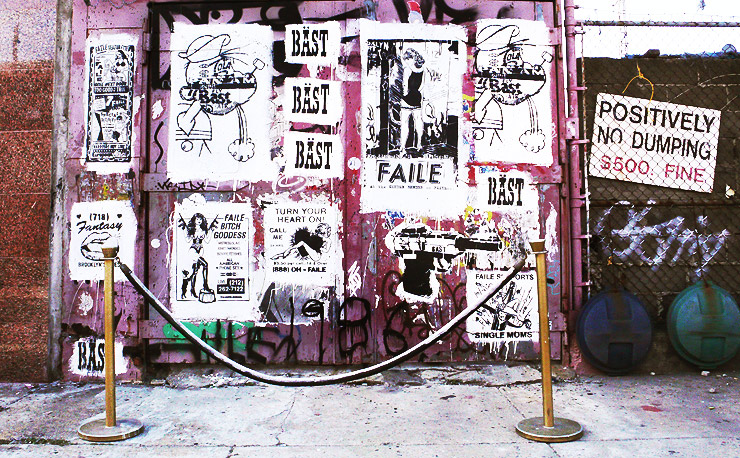 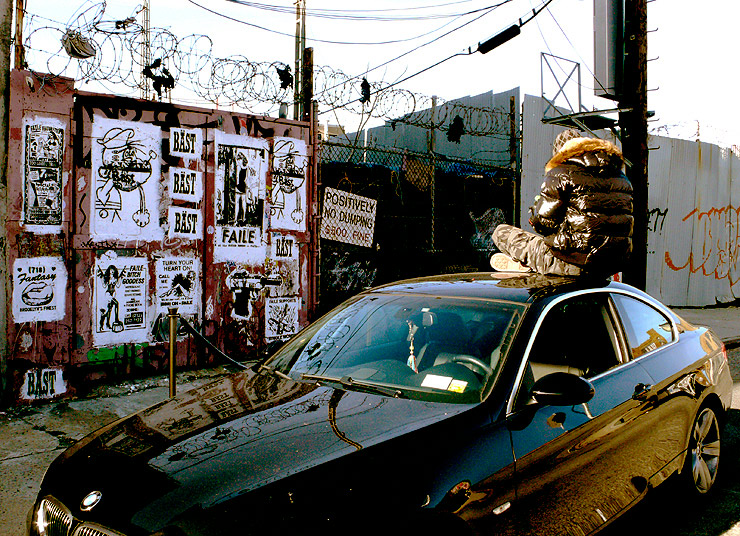 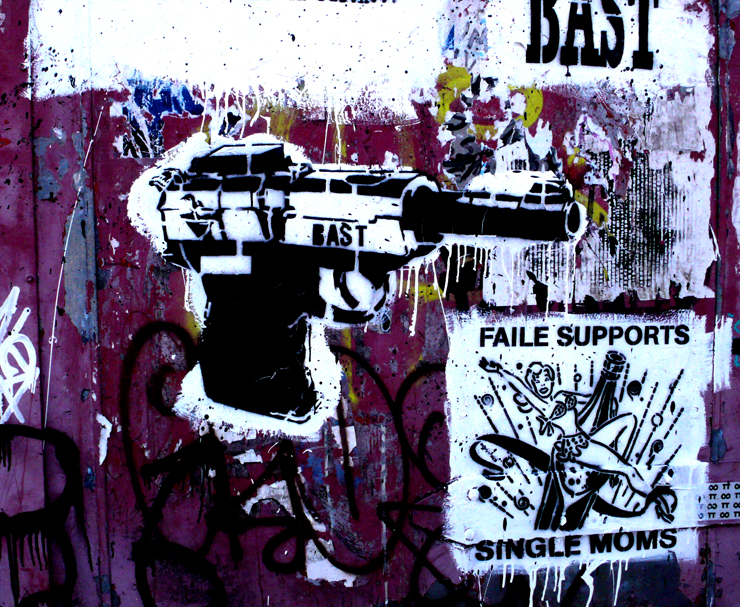 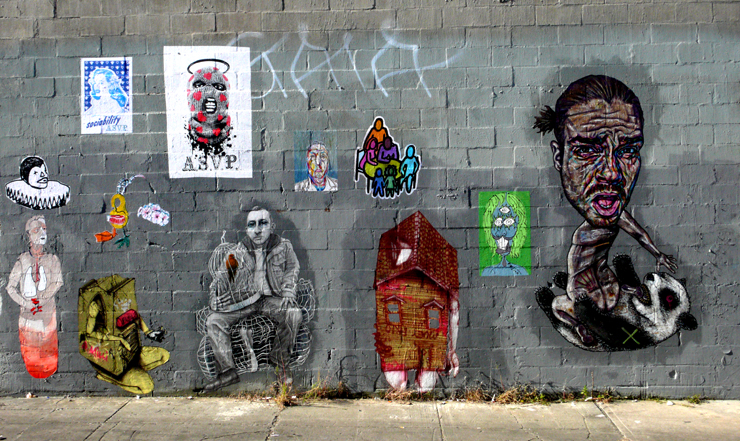 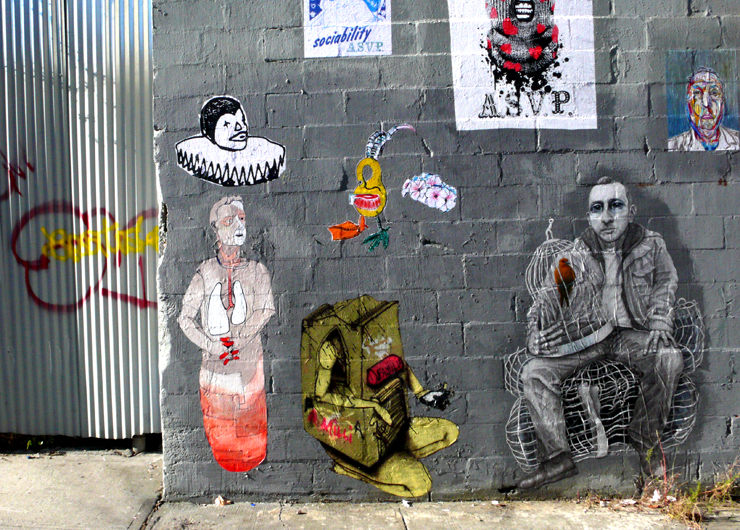 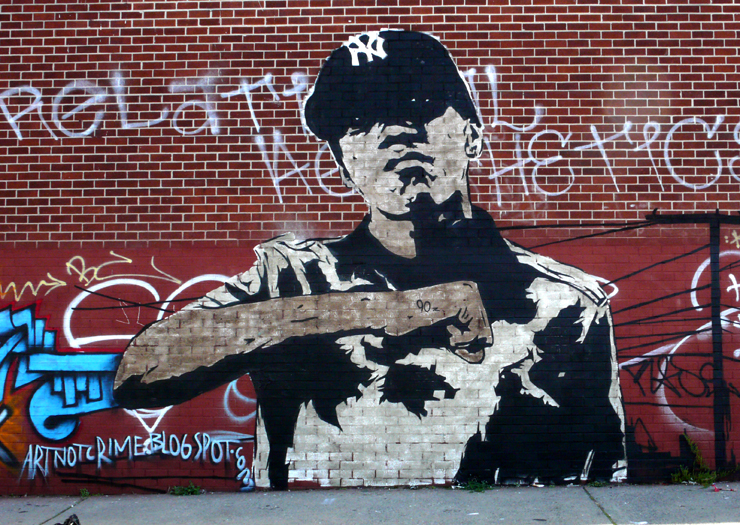 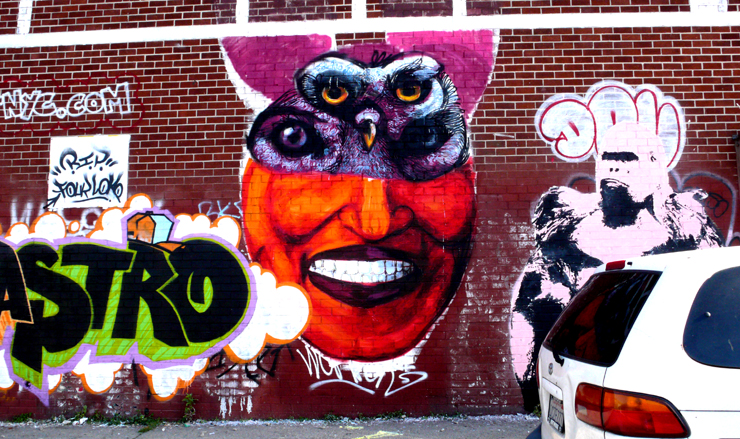 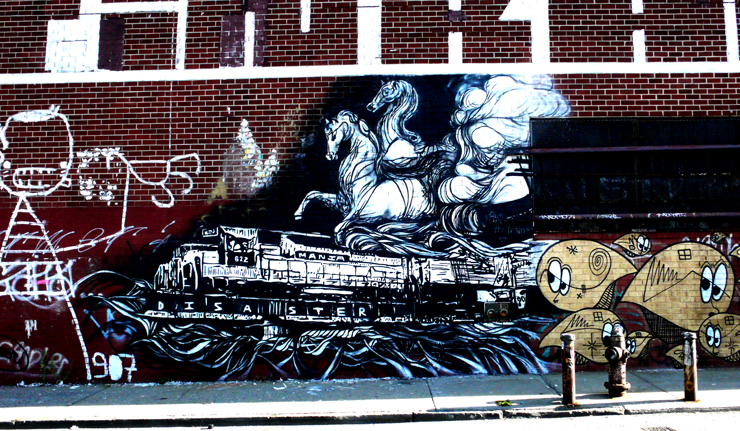 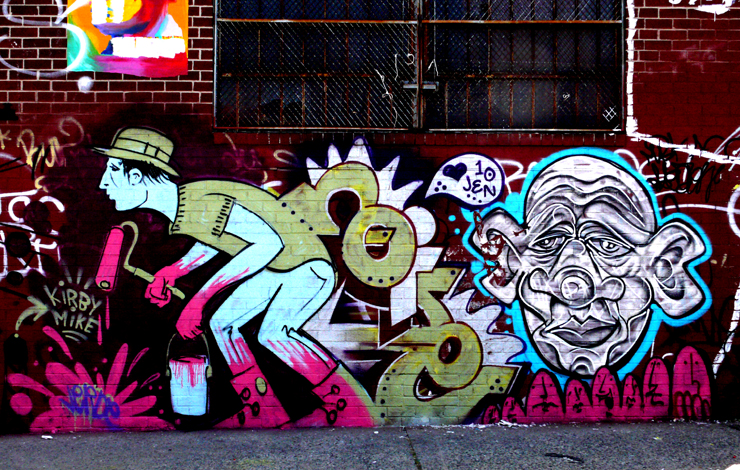 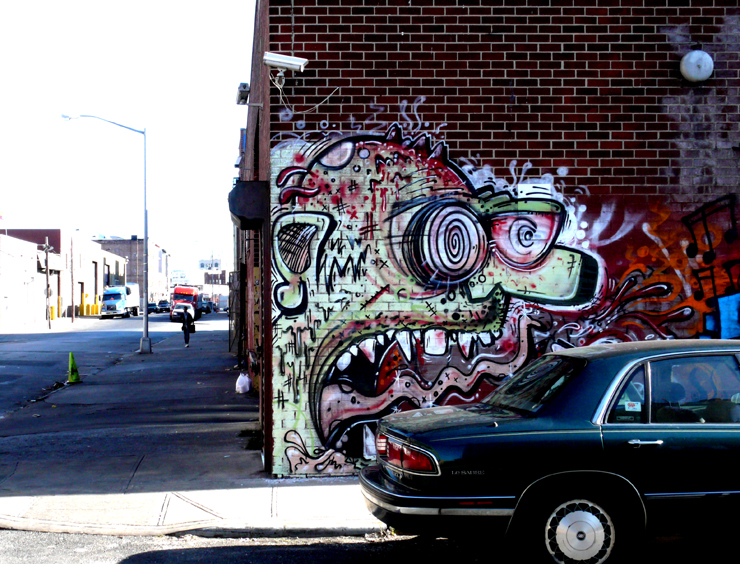 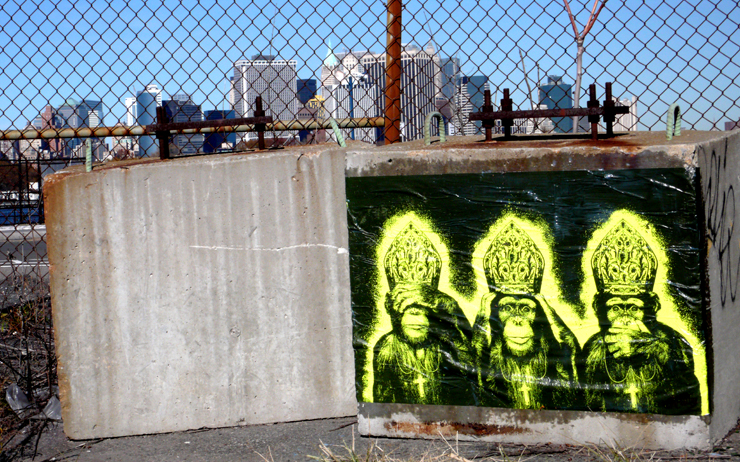 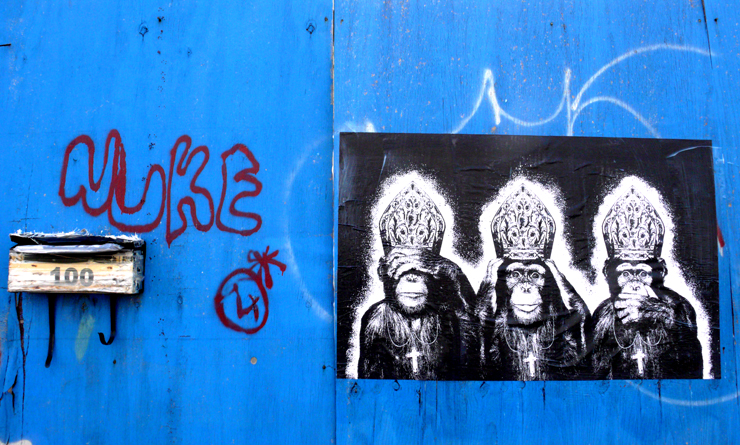 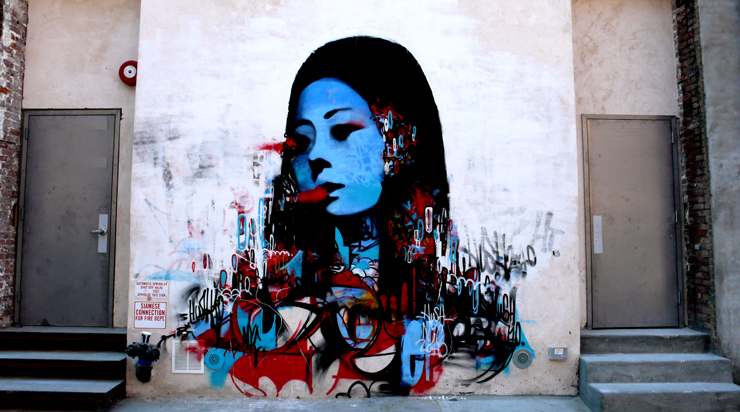 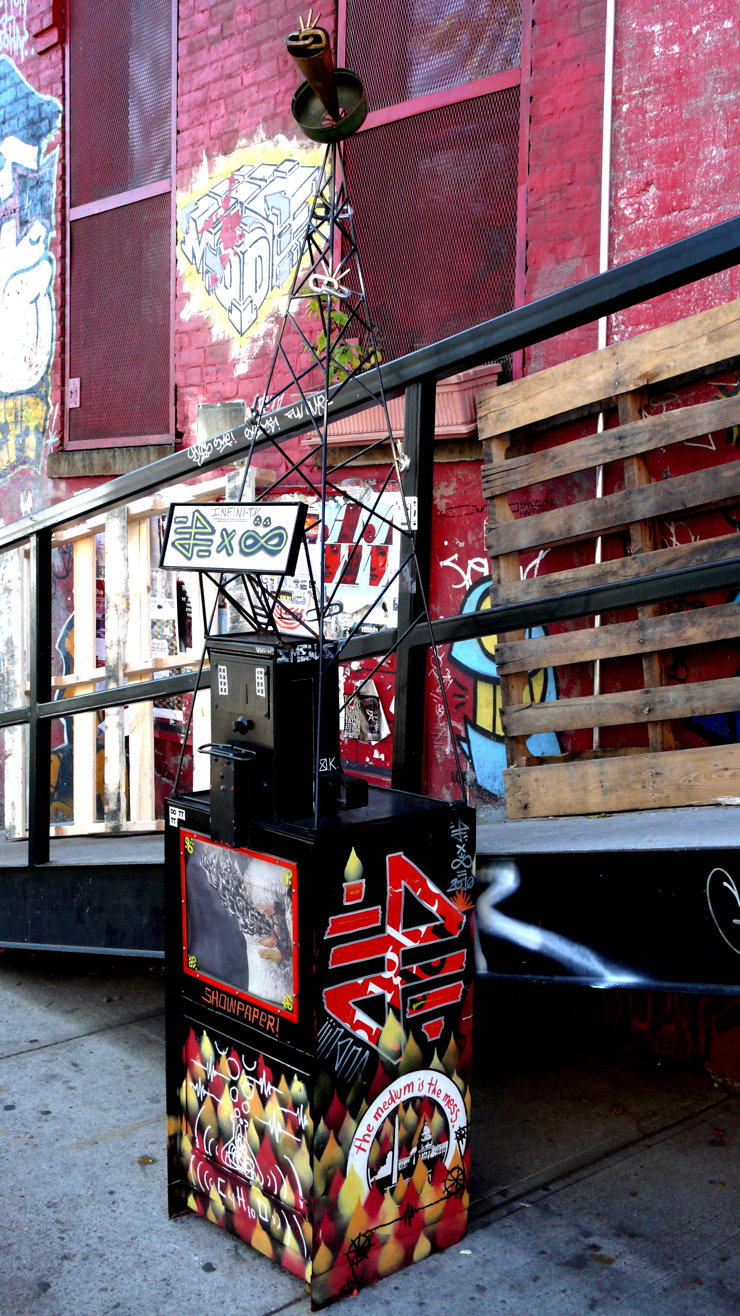 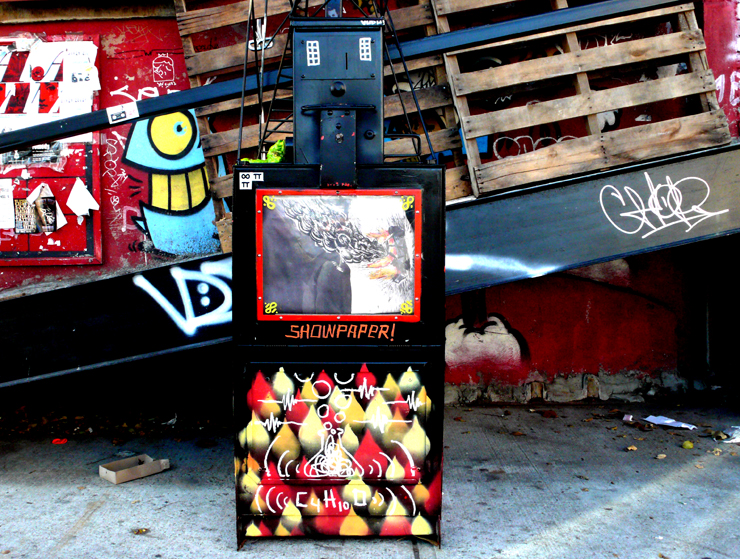 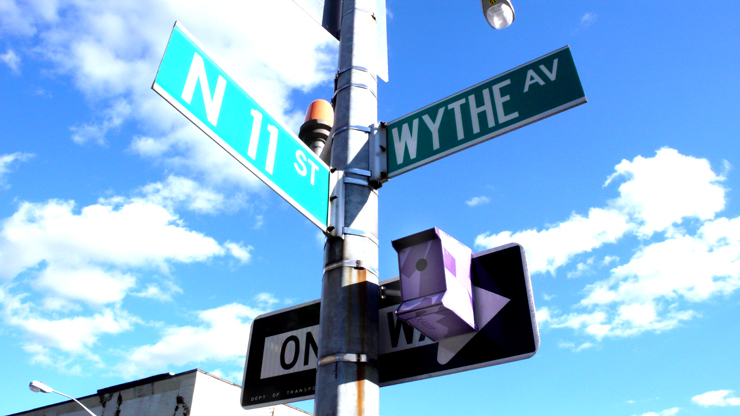 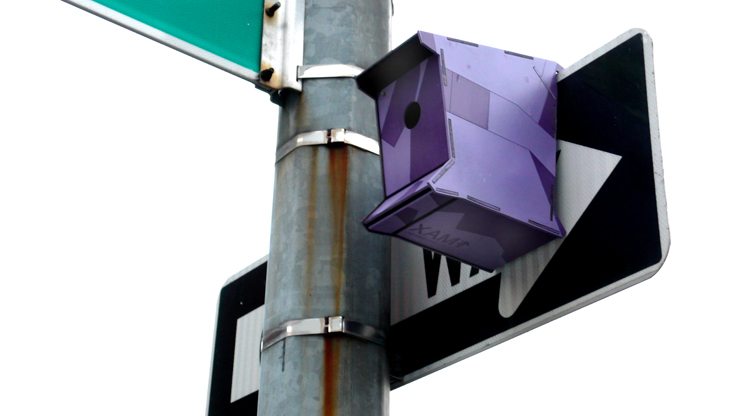 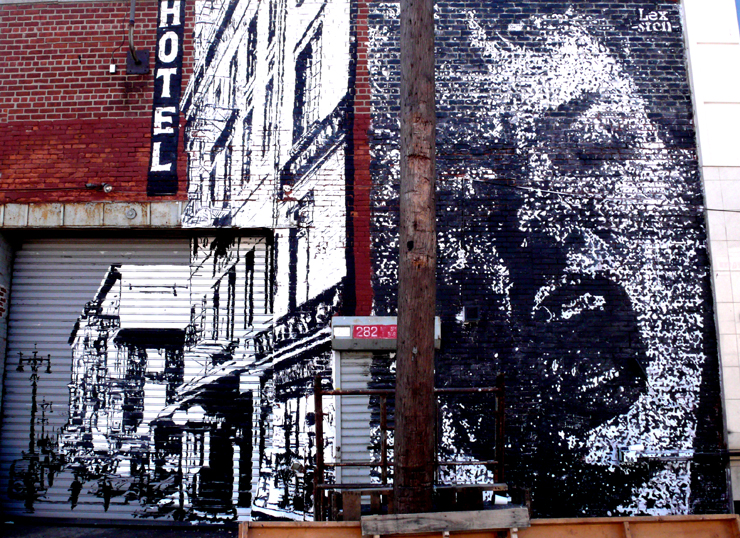 RON ENGLISH & Family Use His Illness to Inspire Facemasks for MedShare / Dispatch From Isolation # 3...
“Like everyone in the world, my family has been affected by this pandemic,” says celebrated Street Artist, painter, pop culture jammer, and marketer Ron English.   He’s reflecting on Covid-19 from...
Nina Pandolfo in New York on a Wall for "Little Things"
In town for her solo show at Coburn Projects on the Lower East Side, Brazilian graffiti/Street Artist/fine artist Nina Pandolfo is determined to retain a childlike innocence on this wall outside of he...
Lapiz: Drowning Refugees and Child's Play in the Mediterranean
“Happy kids are playing the game, but something is off, the chairs have been replaced by life vests and the EU is playing the music.” Street artist LAPIZ says his darkly themed new stencil piece is ba...
Lakwena, JM Rizzi in Process at No Limit / Borås: Dispatch 2
This week BSA is in Borås, a municipality in south-western Sweden for the 3rd edition of No Limit, a mural arts festival that brings Street Artists from around the world to create new works on walls...
Pandemic Breaks Out Inaugural Show Featuring Epic EKG Piece
It's baaaaaack.  And not a minute too soon. Pandemic Gallery re-opens tonight in the Navy Yard area in Brooklyn with a bigger more commodious location for freethinkers unconcerned with the white box....