Dan Witz preparing special editions with blood while a friend in his painting checks her messages. (photo © Jaime Rojo)

“The first thing I did of any note was in ’79.  The book really went through 2009 but it took an extra year to get it out. So it’s actually 31 years. Don’t tell anyone,” Dan Witz warns as he drips blood red paint gingerly across the front of 120 special edition linen bound copies of his new book. While his small muscular dog Sparky maniacally batters a red rubber toy, repeatedly bashing it on the floor, Dan talks about the today’s book signing and the hummingbirds that gave his career wings. 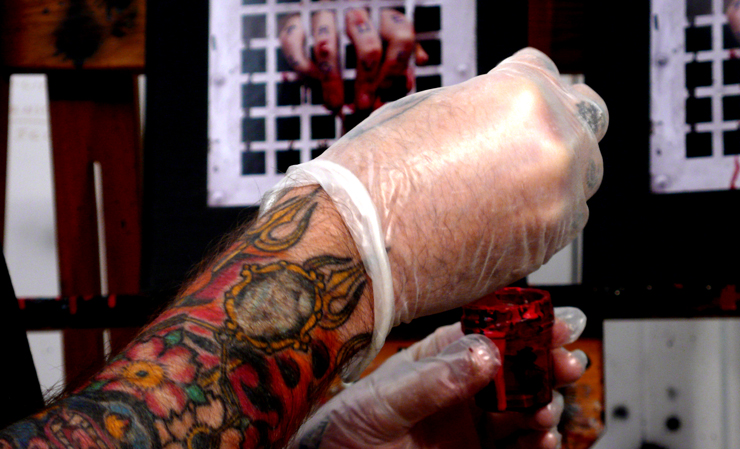 One of the early practitioners of Street Art as we now know it, Mr. Witz points to his campaign of detailed small paintings of hummingbirds on the Lower East Side of Manhattan as his official start on the street, but reveals that smaller ad hoc projects preceded the avian arts.

“I did these assemblage things along the street where I would just find trash and line it up in little displays and leave them behind. I never really photographed it or thought of it as art really,” says Dan. What kind of trash was it? “Just little weird pieces of plastic or funny kinds of pieces of metal; Sort of urban flotsam. Like things you pick up and say, ‘What’s this weird shiny thing?’ – that kind of stuff.” 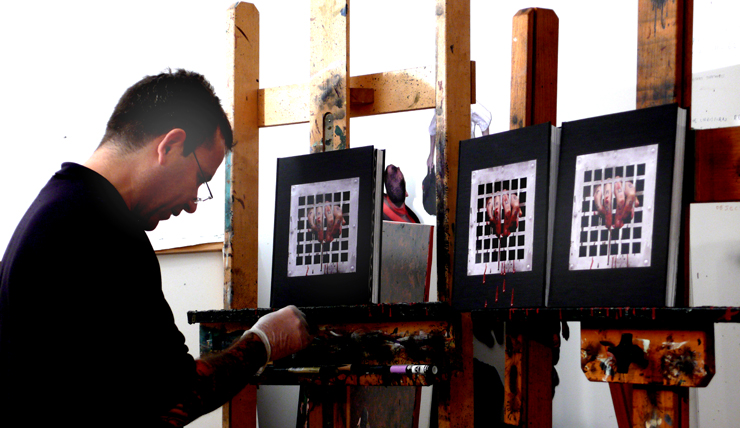 The new bound collection by Ginko Press spans the following three decades, where Dan’s punk rebelliousness took a hammer to the intellectual stodginess of his formal art school training before our eyes. Well, maybe not in plain view exactly. Many of his street installations have been hidden just behind your blind spot, wittily, and more recently, uncomfortably.  But it’s all here in this collection, even if he feels that his route has been a bit haphazard.

“Everything I do – It’s fun in the beginning and then I figure it out and I hone it down to how I should do it and I hate it. That’s why my work always keeps changing – what I did three years ago doesn’t look like my work now because I figured it out and I couldn’t do it anymore. Like I could not do hummingbirds now because I’ve figured it out. I know how to paint hummingbirds,” he explains. 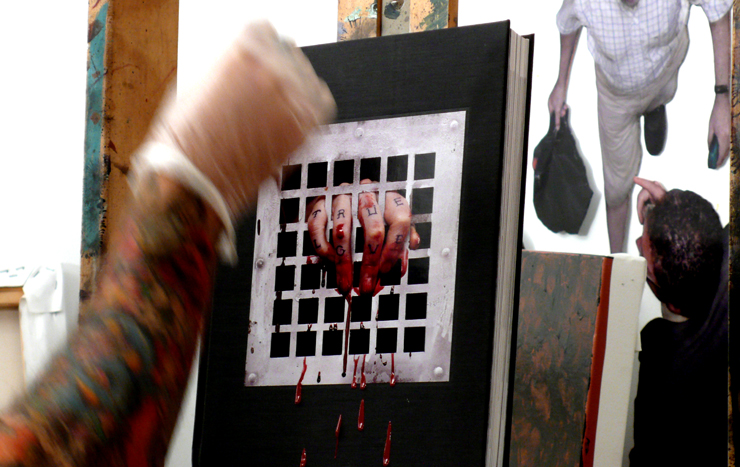 Is this periodic switching due to his intellectual curiosity being satisfied?  “I would put it another way. It’s like my attention span is zero and I just get so restless with whatever I do – which is bad for a career because there’s not a thing to identify with me. A lot of people stick with one kind of thing and I don’t know how they do that but I admire that because it’s very consistent and people know what they are getting.” 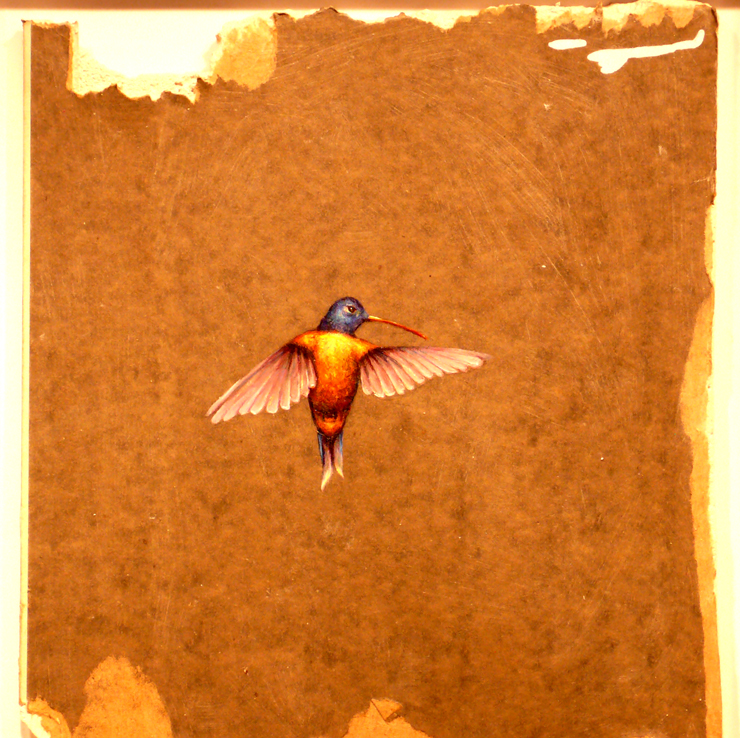 Self effacing modesty aside, his mastery of painting and light, combined with an ongoing study of art history and theory, has created a body of work over this time that stands, despite side trips and experimentation.

Brooklyn Street Art: Don’t you think that over a period of time all of your different elements create one story?

Dan Witz: Well that’s what the book is about. If you can stick with it for as long as I have I suppose that’s true.  I think when I was a kid and I was doing the hummingbirds I was sort of rebellious, I think it’s part of my being rebellious is not having a ‘package’, not having a brand that is marketable. And I don’t know what the fuck I’m rebelling against anymore. (laughs) It’s just I got set up that way and I just keep doing it. But I’m not doing it on purpose.  It is really fun for me. It’s fun to start up something new and get all nervous. Solve the problem, meet the challenge. That’s what keeps me from getting stale. 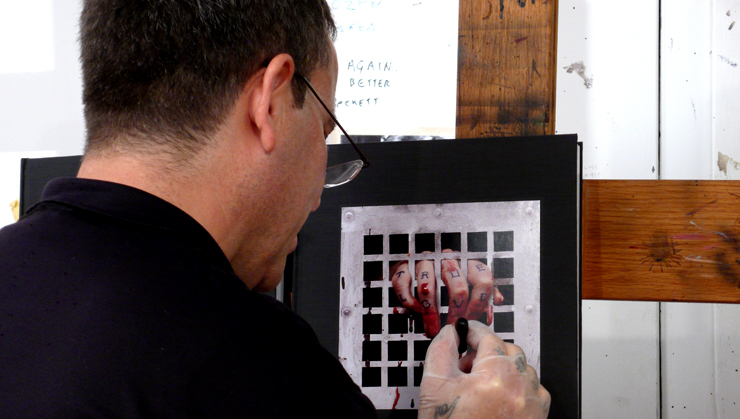 Brooklyn Street Art: Are you having fun? 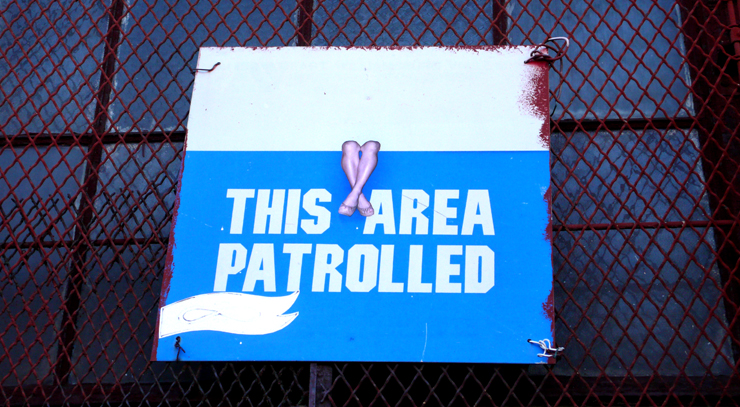 If you are in New York tonight you can meet Dan in person and ask him to sign one of his special edition books.

To read more about Dan Witz book signing of the special, hand painted edition of his book “In Plain View”  at the Clic Gallery today go here: http://www.brooklynstreetart.com/theblog/?p=15929