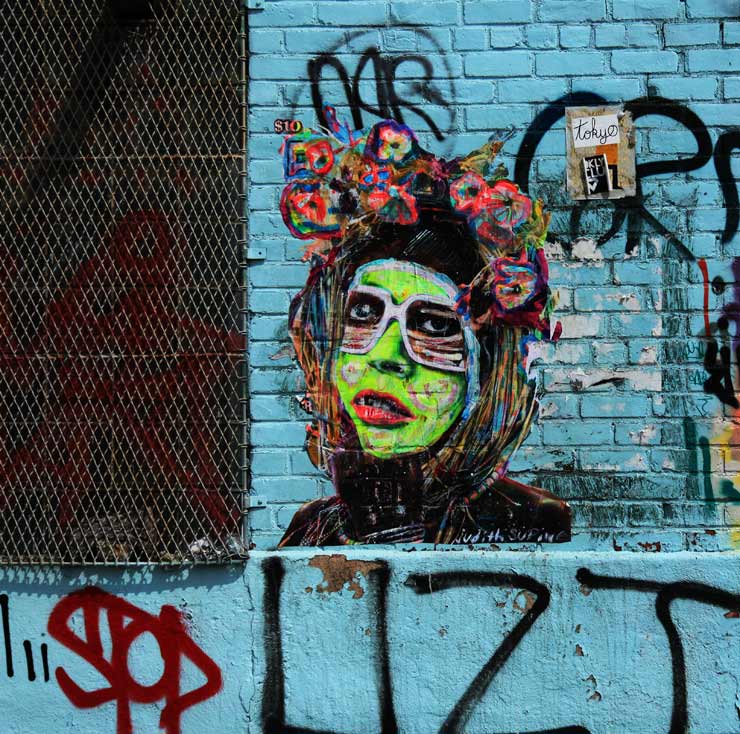 September is the perfect time of the year for Street Art in NYC – and shout out to the NYTimes who ran a double spread and video this week with images of Street Art and graffiti you can see here every week – including the great MOMO piece in Dumbo that was commissioned by Two Trees, and walls from the Bushwick Collective, 5 Pointz, Welling Court, Hunts Point, Coney Island and more. Seeing the collection made us think about how much BSA really covers throughout New York and the world every month and that made us happy as Bill DiBlasio, the apparent next mayor of NYC.

Also it was cool this week to step back and see everybody at the “Wild Style” 30th Anniversary free show in the park by the East River – to see so many people including Lee Quinones, both Ahearn brothers, Cold Crush brothers, Lady Pink, Fab Five Freddy, Futura, Mare 139, Jane Dickson, Lisa Lee, Patti Astor, Joe Conzo, Martha Cooper, among others – and Busy B, who reminded us that the early days of hip-hop were about “peace, love, unity, and having fun”. Yeah, we’re on board for more of that.

Stay tuned this month for exclusive BSA coverage of Nuart ’13 in Stavanger, Urban Forms in Lodz, Faile at the Dallas Contemporary, a number of new gallery shows with the new crop of artists on display, and even a chance for BSA to meet you in Bushwick at a special event on the 19th, wink wink. 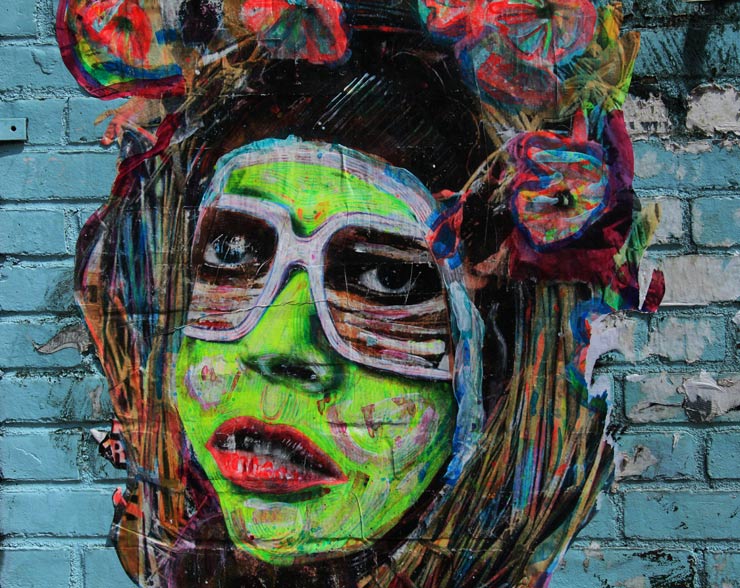 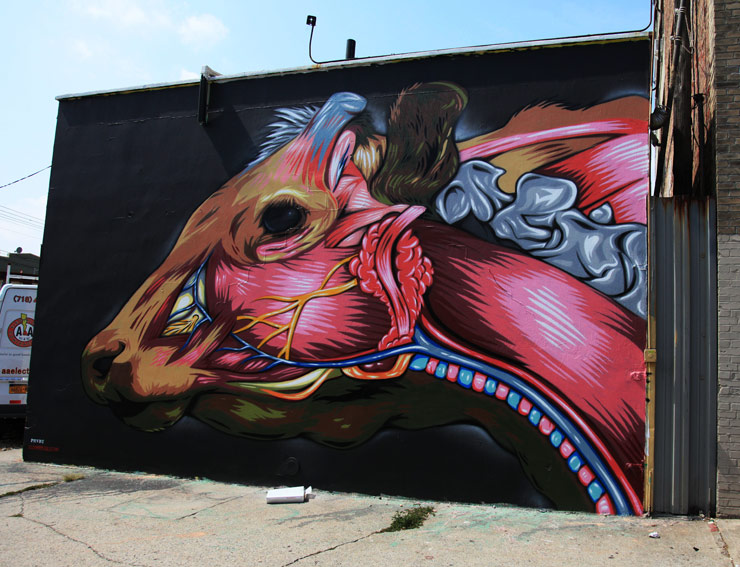 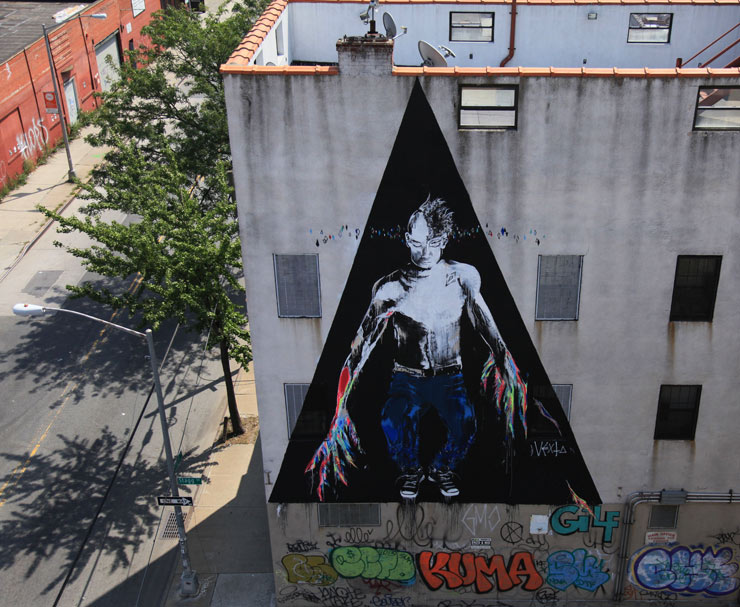 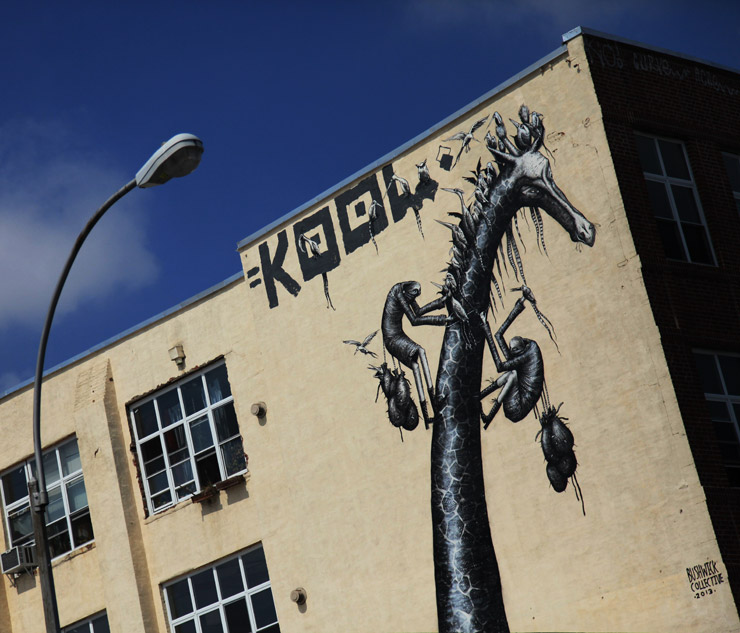 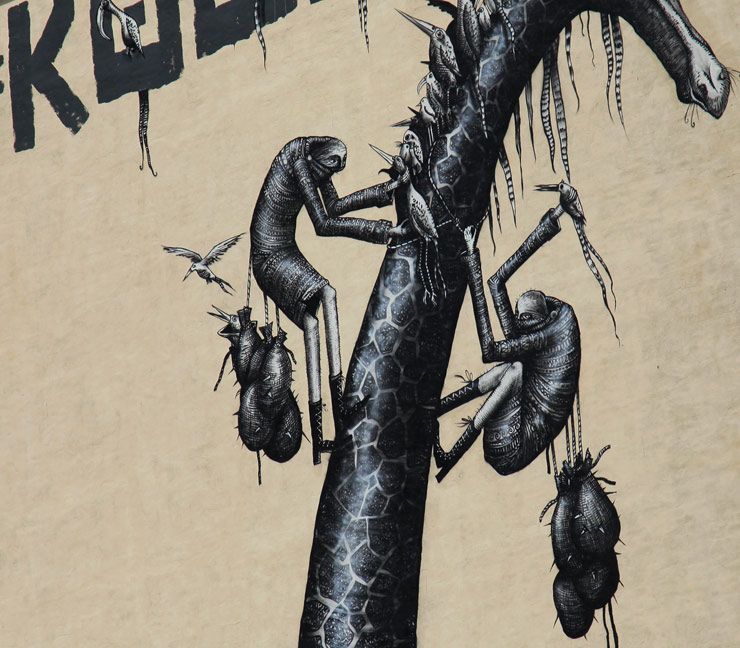 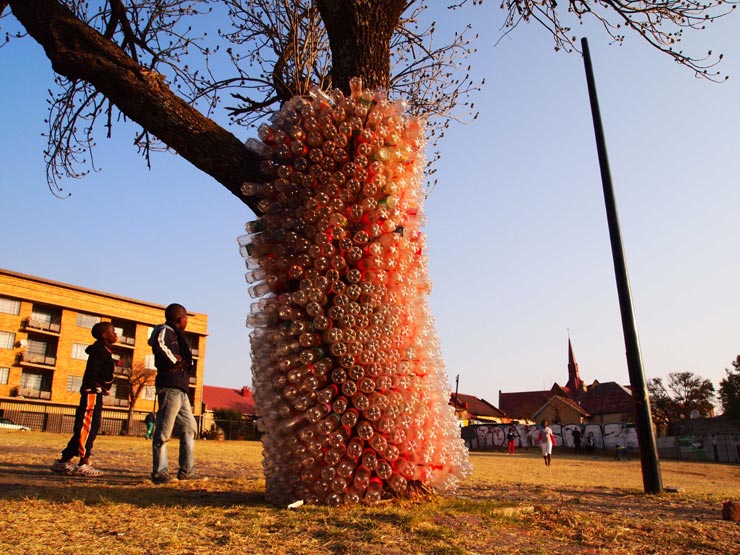 “The piece is made of reclaimed plastic bottles that were assembled in a large wire mesh,” says South African installation artist r1, who created this piece in a way that reminded us of the El Anatsui show this year at the Brooklyn Museum and on the Highline.  “Community and street art seems to work well together,” r1 says when recalling the spontaneously posing kids who arrived to get in the picture. 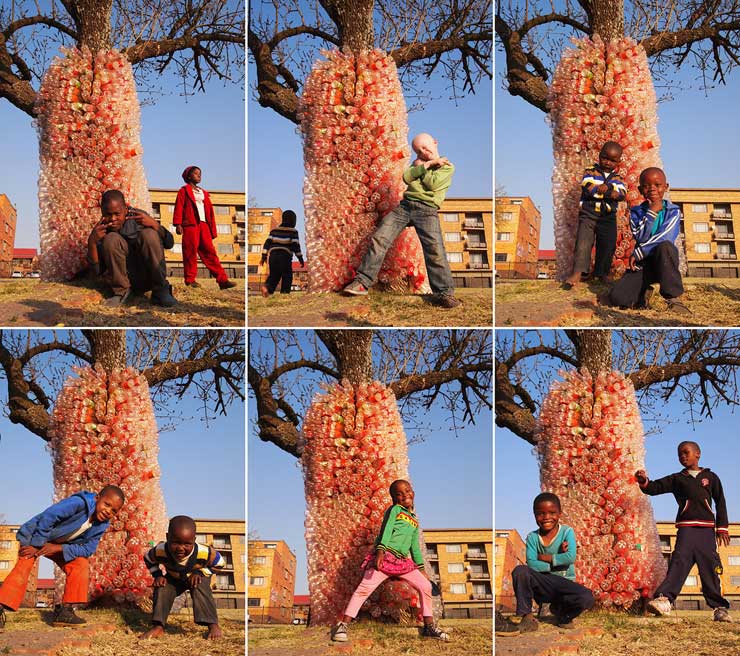 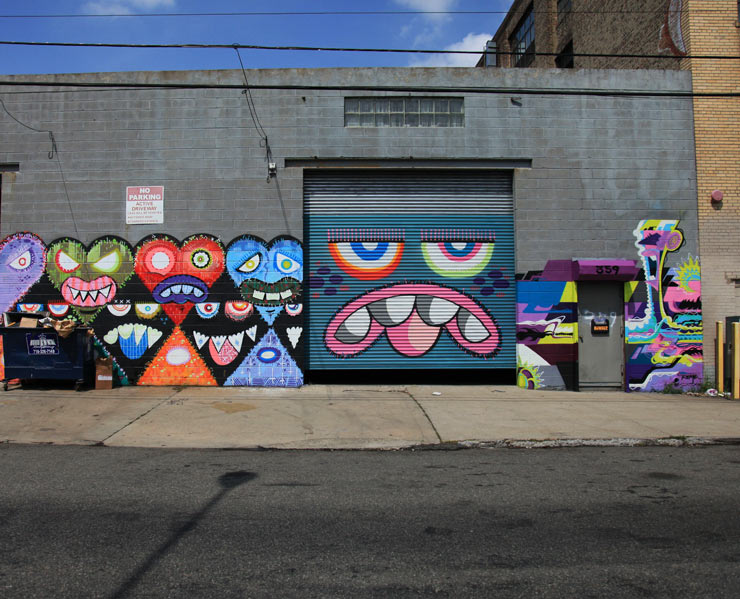 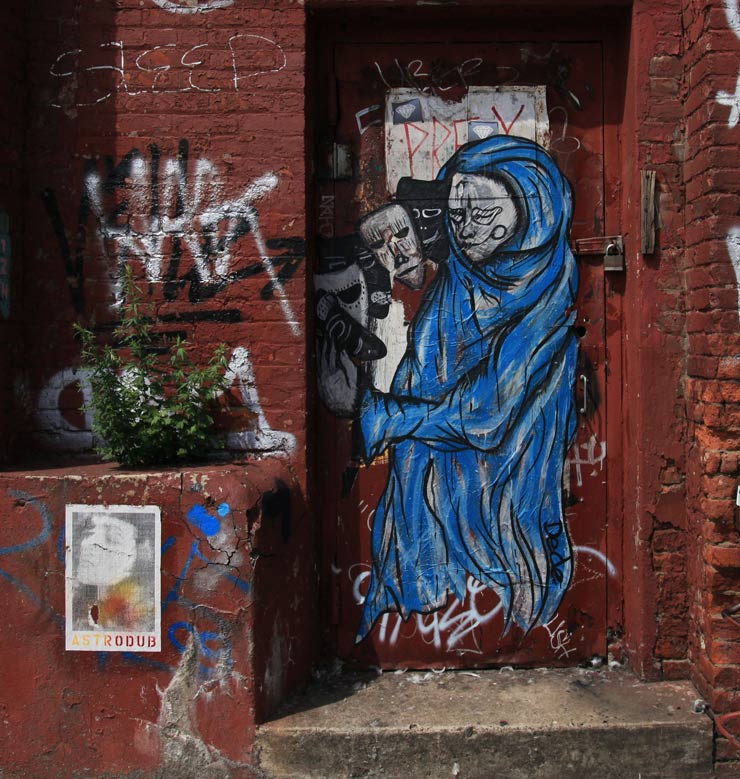 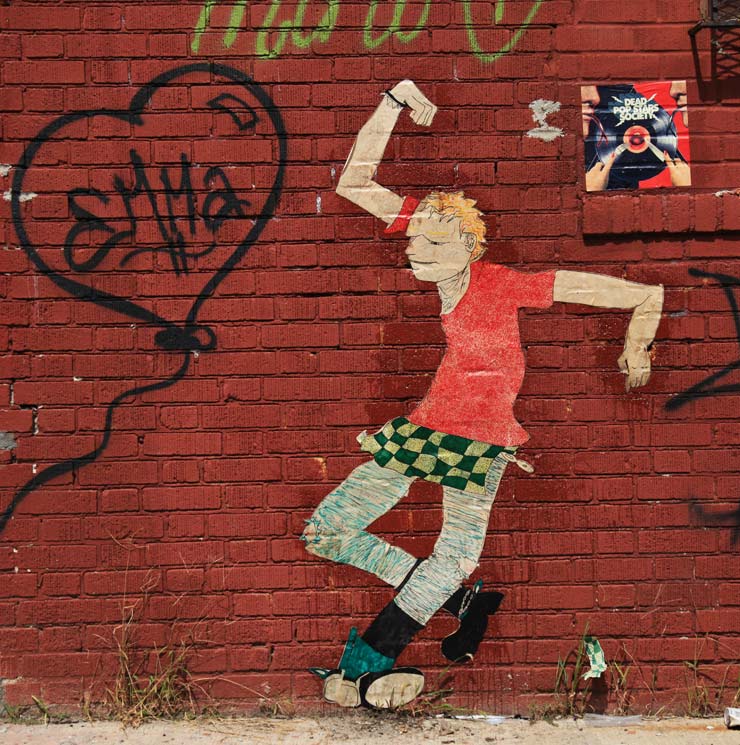 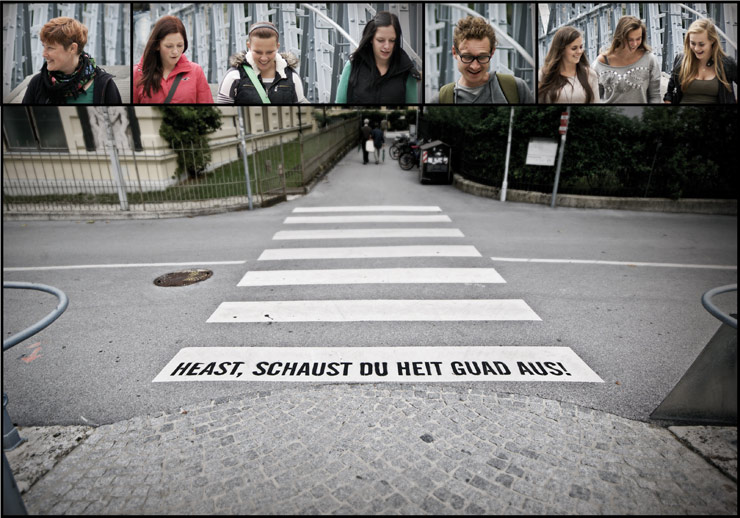 Meer Sau shares these smiles with BSA readers this week, where a crosswalk is emblazoned with some words of encouragement. He did the installation and then stood around waiting to see what expressions he could capture. “Everybody wants compliments,” Sau explains. 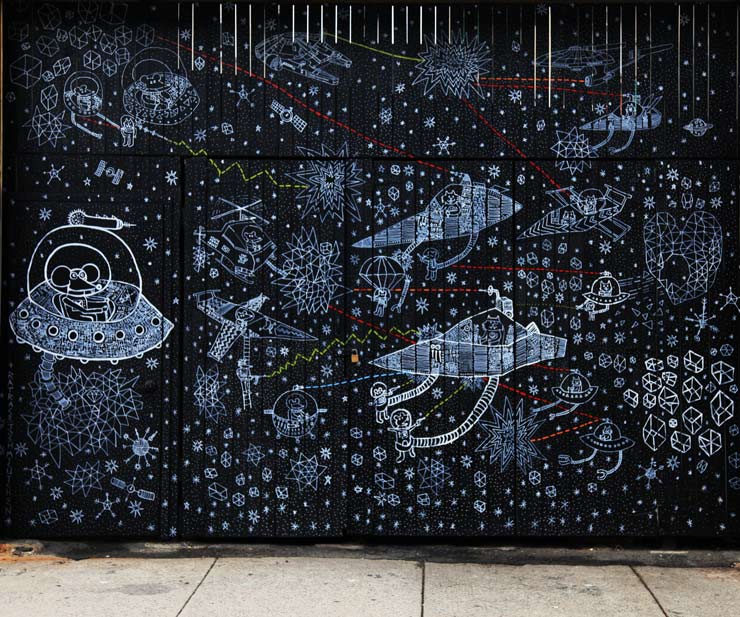 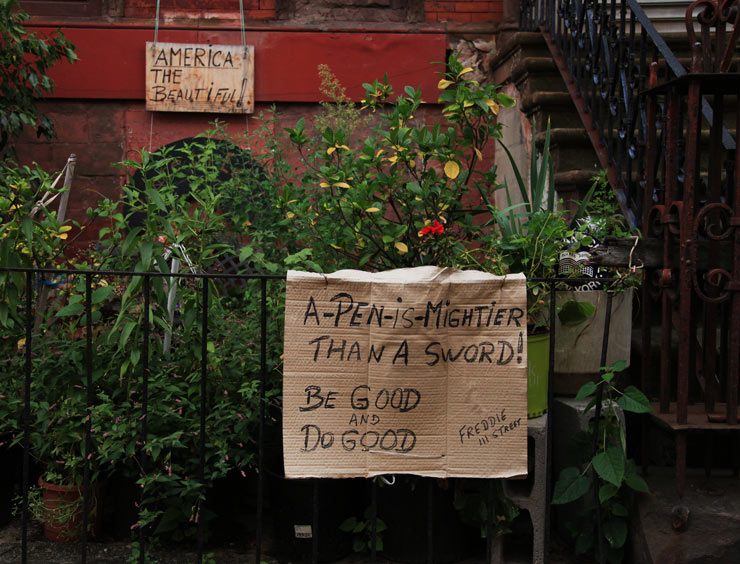 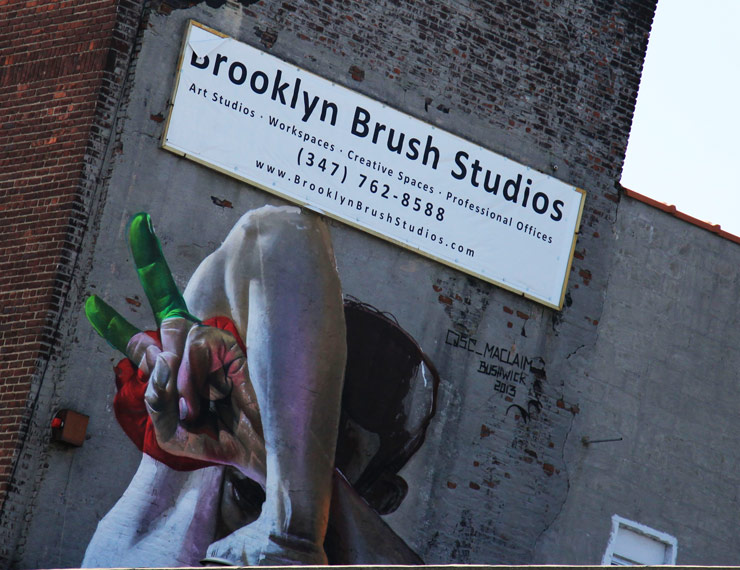 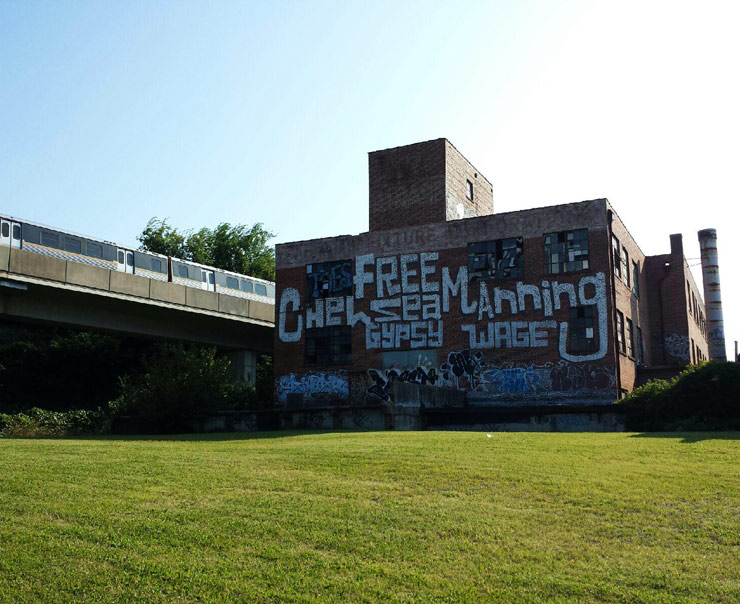 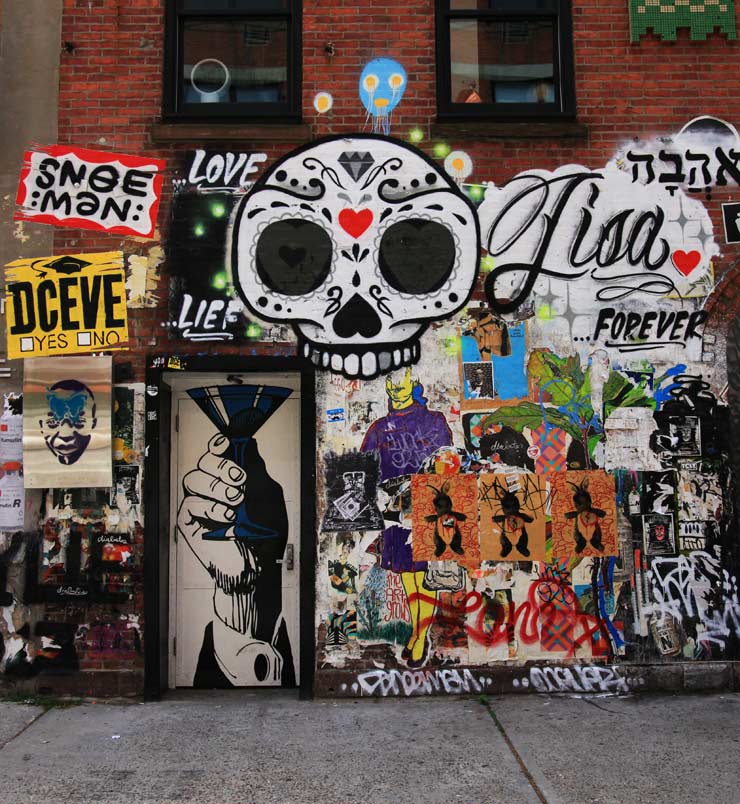 Magnet Wall in Chelsea with some regulars and new additions.  (photo © Jaime Rojo) 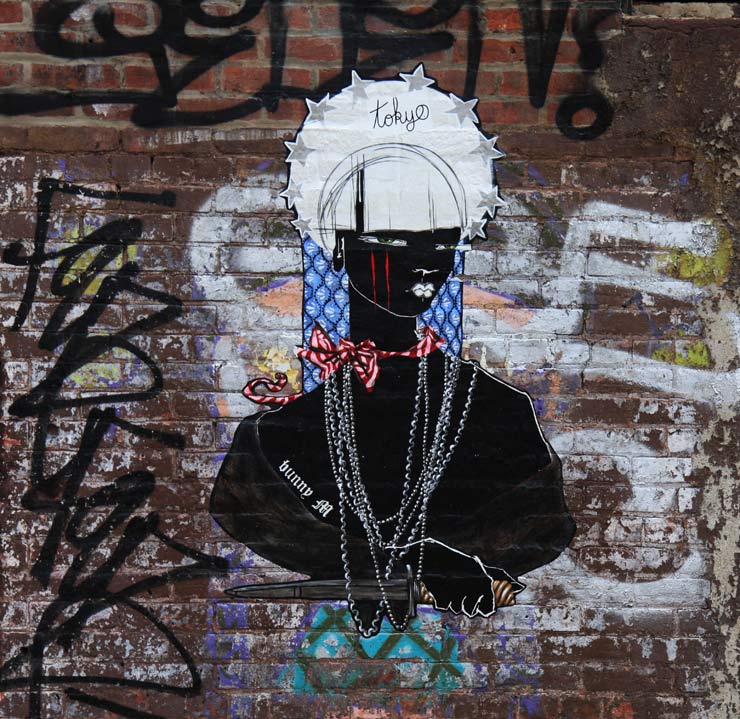 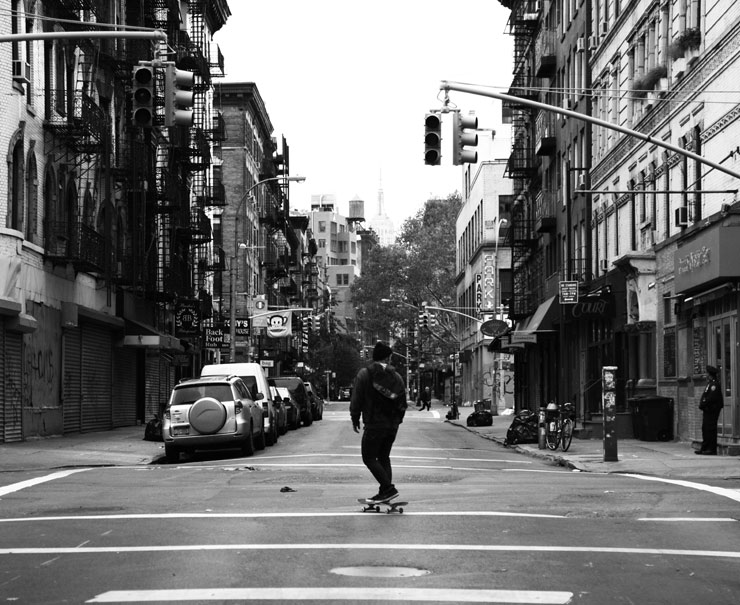 "UNIQA" Public Sculpture Project Begins in Łódź with "LUMP"
One of the most successful mural festivals in Europe is shifting the focus to the sculptural, considering seriously the public interaction with objects in the 3rd dimension. LUMP for  UNIQA Art Łód...
Holiday Window Shows : A Floating City of The Future at Barneys
New York is one of the few pedestrian cities that has an active street culture almost everywhere you walk and the tradition of the revered holiday window display is one that endures even though many p...
LMNOPI, Native Peoples, Climate Change, and NYC Streets
November has been "Native American Heritage Month" since 1990 and ironically the growing right-wing extremism of the intervening decades appears to have further erased our collective knowledge of nat...
A Graffiti Painted Cityscape: Laura Shechter Documents Street Art on Canvas
If there is someone who knows Brooklyn Street Art and graffiti, it is Laura Shechter. Dart, Cash4, Cost, Sace, City Kitty, Chris Stain, she knows them all. And yet she doesn’t know them at all. Whe...
Muhammad Ali R.I.P. 1942-2016
He floats like a butterfly, stings like a bee. "The government had a system where the rich man’s son went to college, and the poor man’s son went to war" Muhammad Ali opposing the draft and the Vie...
Amanda Wong Austria Brooklyn Brooklyn Street Bunny M Case Ma'Claim Dede Droid 907 Freddie 111 Street Gilf Jaime Rojo Josh McCutchen Josh McLutviwz Judith Supine Manhattan Meer Sau NYC Phetus Phlegm PRVRT r1.Johannesburg Reme821 Salzburg SARZ TKG South Africa Steven P. Harrington VEXTA