Hellbent is in LA to open his show at CAVE tonight, and he shares with you these exclusive shots of the next phase of his abstract patterned color bars for the gallery he calls Mix Tapes. New is the sophistication in dimension and shadow, and a lot more white space, with pieces broken apart and reassembled in a looser, less dense buildup – a continuation of the direction he began for the “Spectrum” group show he was in last month. 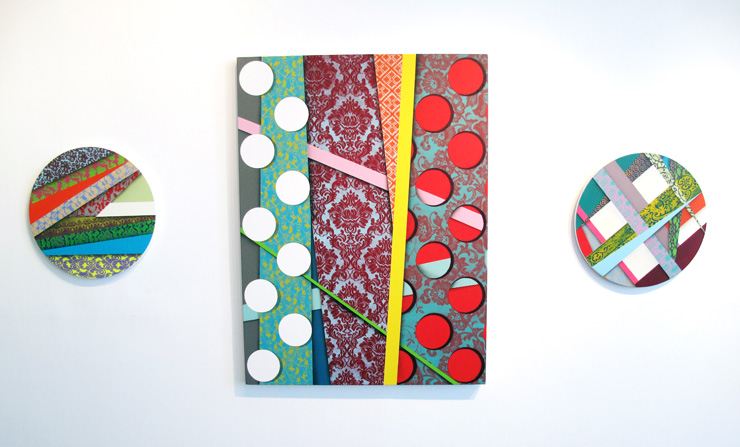 “My ‘No Wave’ paintings are a further exploration of abstraction that I have been working on for the last year and half and I feel that they are going to continue to evolve,” he says. “In the same way that Richard Dieberkorn’s Ocean Park series was a 7-year journey, I think the Mix Tape series is only in its infancy.” 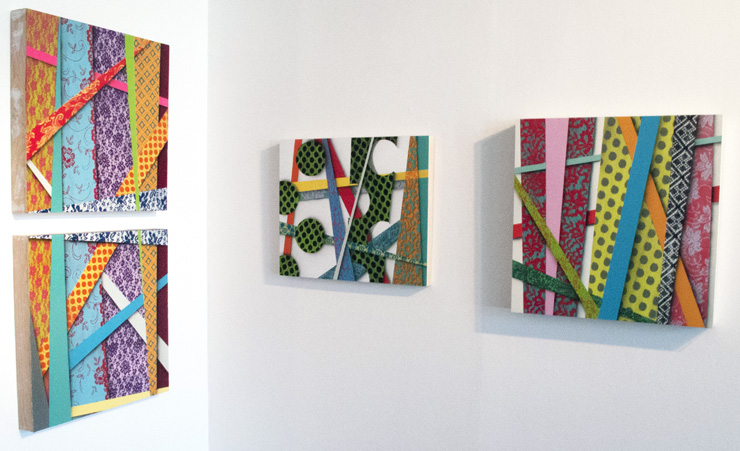 “With these current paintings I have been exploring leaving parts of the canvas untouched and allowing the white of the gesso to become a part of the paintings. I think this lets the painting breath and provides a ground for the viewer.” 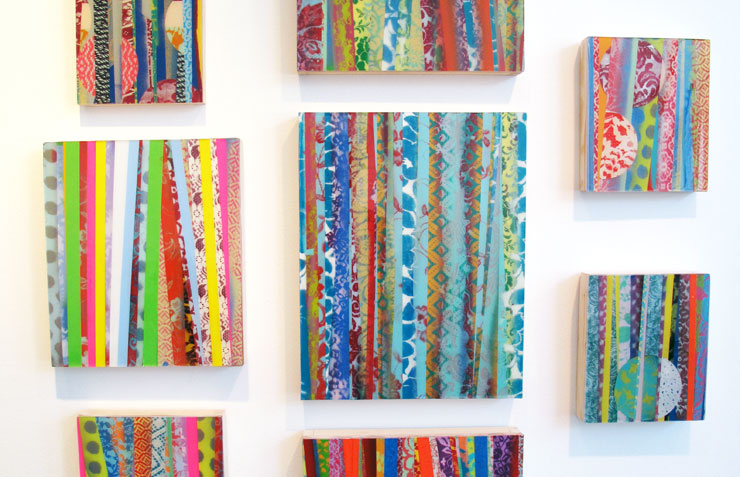 “I have also been adding shadow to some of the different ‘Shafts’ to enhance the dimensionality of these paintings.  While in the early phase of this work I think the color itself had achieved a 3D effect, if subtly, with the shadows it is instantly apparent. I was initially hesitant about the shadows but I have been having so much fun and since I had used them in murals in the past it was an easy transition. I am having a lot fun playing with these different layers and figuring out the different planes of the canvas as I construct them.” 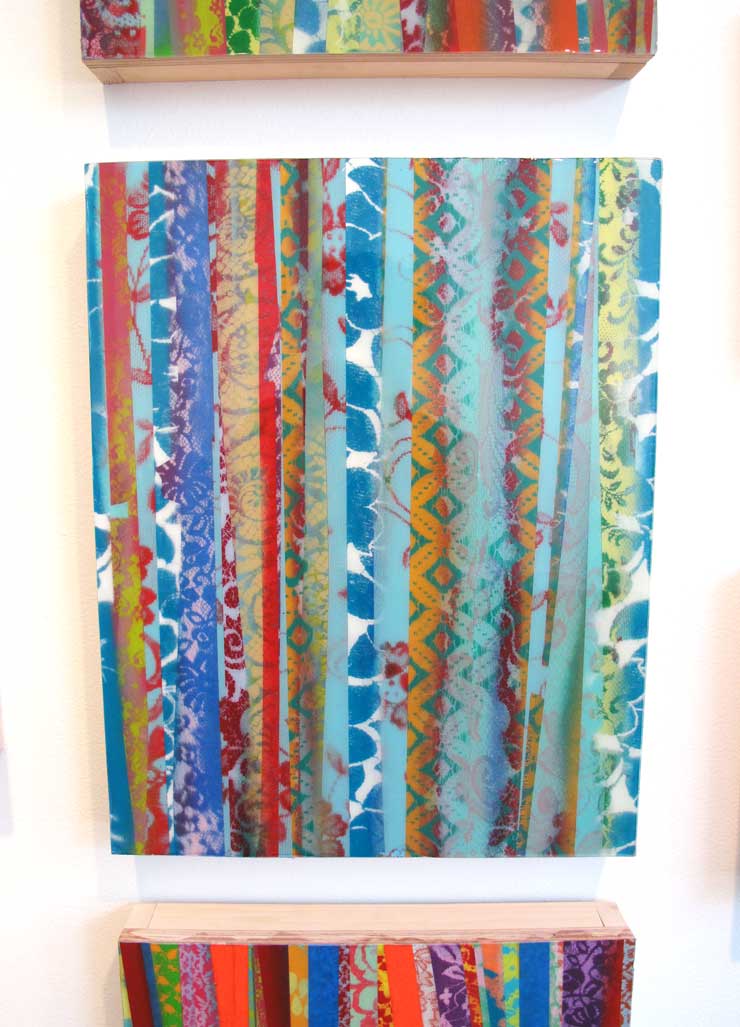 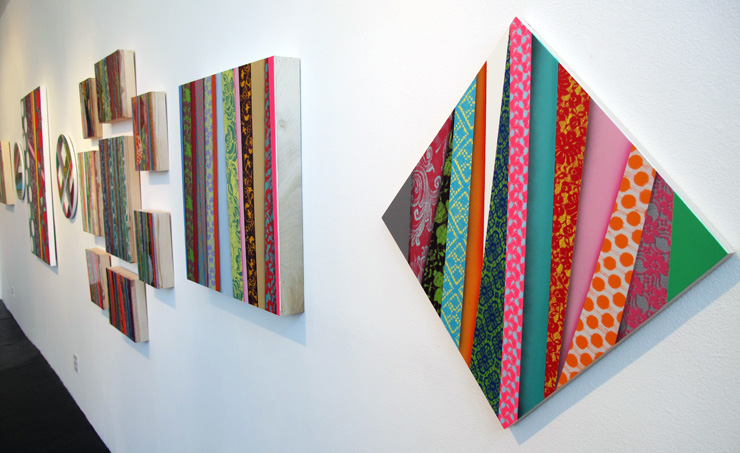 All images courtesy and © of Hellbent and Cave Gallery

Bunnies, Birds, Sexuality and VINZ Feel Free's "Innocence" in Brooklyn
It’s been a typical New York autumn week for Vinz Feel Free, the wild-life street surrealist from Valencia. Vinz Feel Free contributes his phone booth ad takeover for the growing and influential  #...
Bishop203 and Laura Lee at HiChristina Gallery All Week: Get your Artfreak on!
Writers, Cartoonists, Nude Figure Drawing, Puppets, and Battlestar Galactica - you wouldn't think those things have much in common - although Puppetry of the Penis kind of ties many of them together,...
BSA Film Friday: 02.26.21
Our weekly focus on the moving image and art in the streets. And other oddities. Now screening participants at Festival Asalto 2020: 1. Silence Shapes by Filippo Minelli2. Apocalypse Now / IN...
BSA X ONO'U Festival 5 : Day 3 / Christina Angelina In Papeete
This week BSA is checking out French Polynesia to get an appreciation for the Street Art, graffiti and street scene here while the 5th Annual ONO’U is taking place. Join in the tropical action while w...
"Daze World", the Artist and Book from City to Canvas and Back
"This is not an autobiography in the practical sense. I didn't cover the day-to-day minutia of my childhood or formative teenage years all the way to the present. Rather, I have chosen to take the rea...
CAVE Gallery Hellbent Jaime Rojo Los Angeles Steven P. Harrington