Street Artist XAM is directing eyes to fly across the sky again throughout Brooklyn with a new flock of birds on a wire. Check us out tomorrow for a new collection of bird shelters from XAM we just found and shot before the Frankenstorms came. Hopefully some birds found them too. 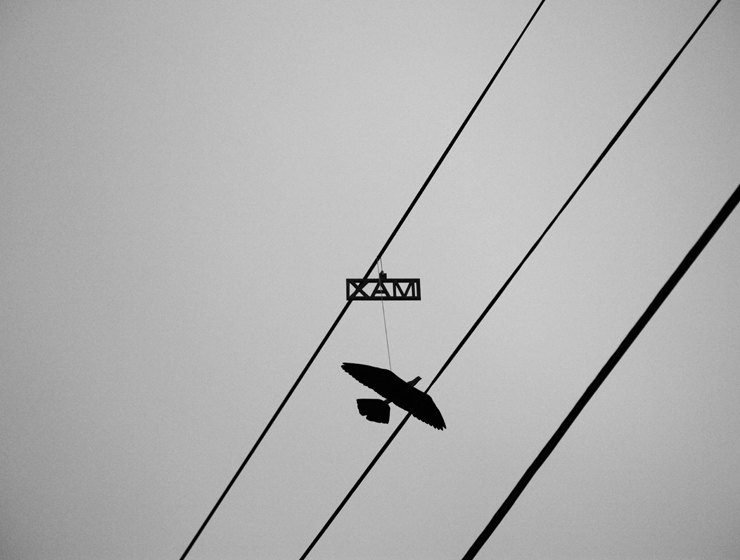 XAM. We welcome XAM back on the streets of NYC. (photo © Jaime Rojo) 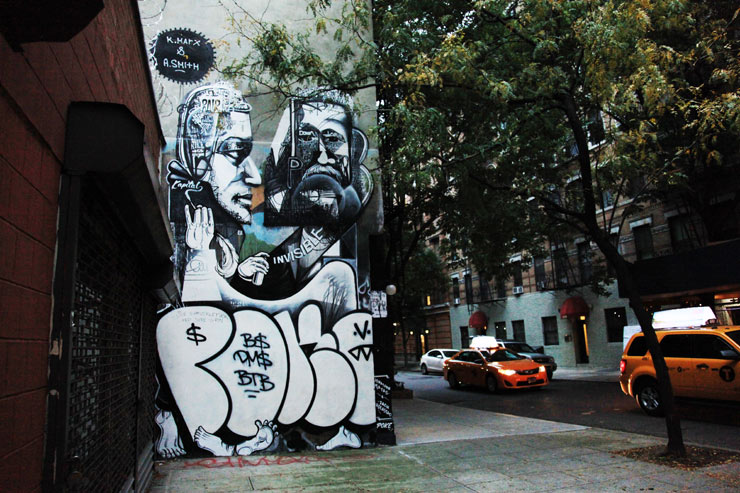 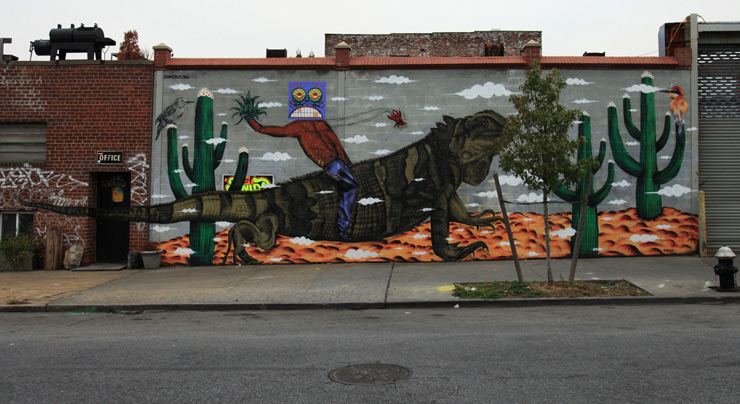 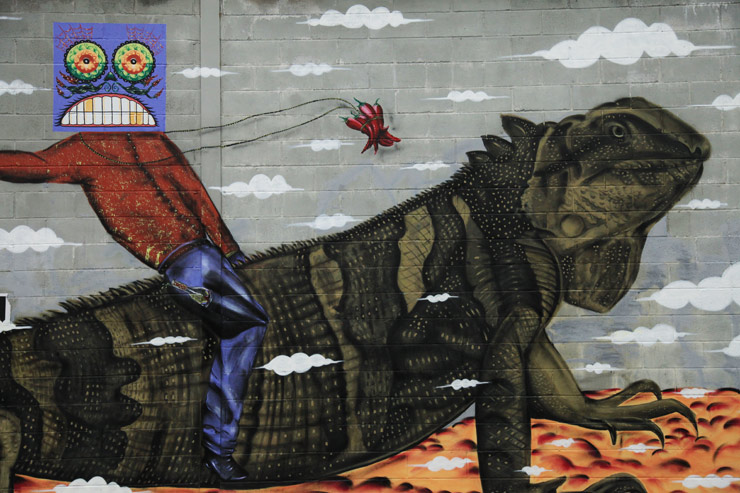 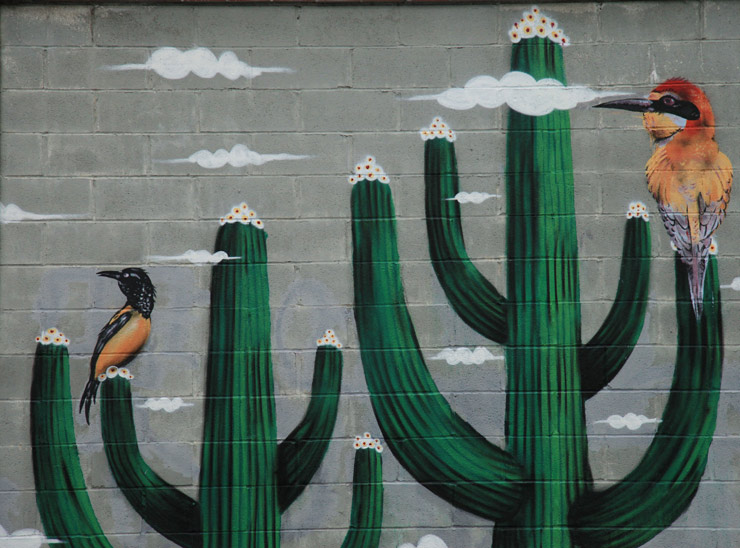 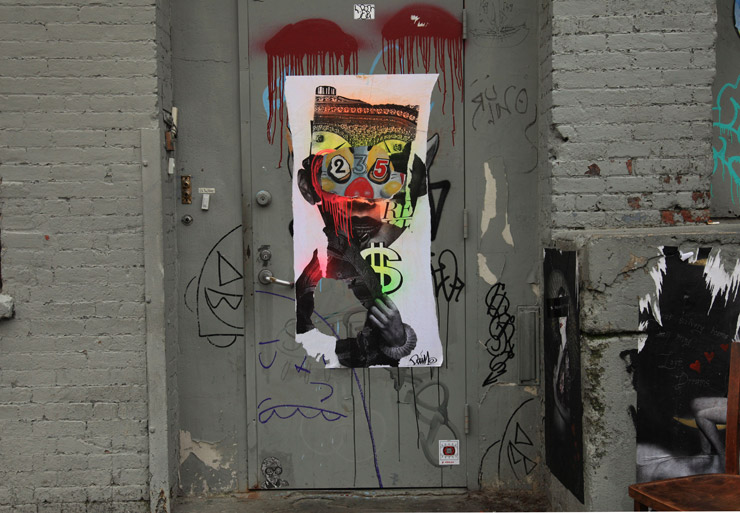 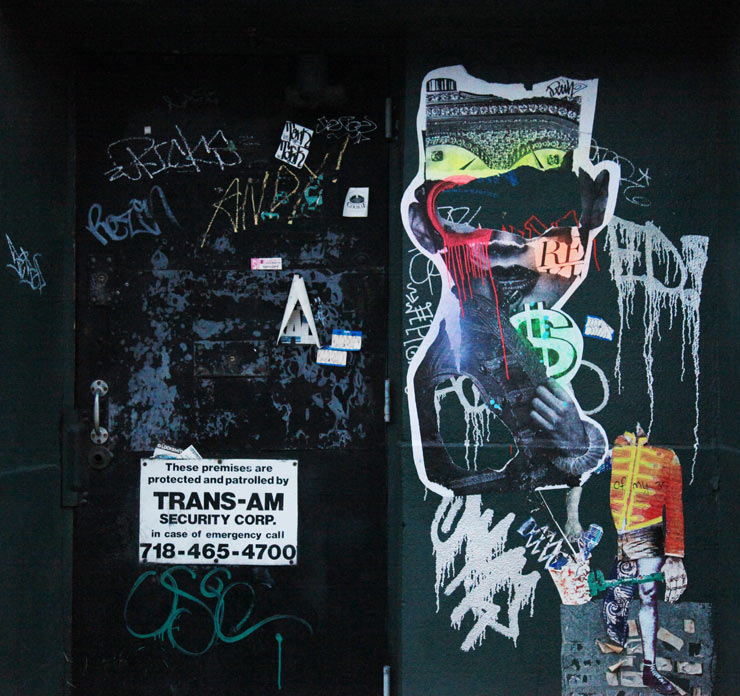 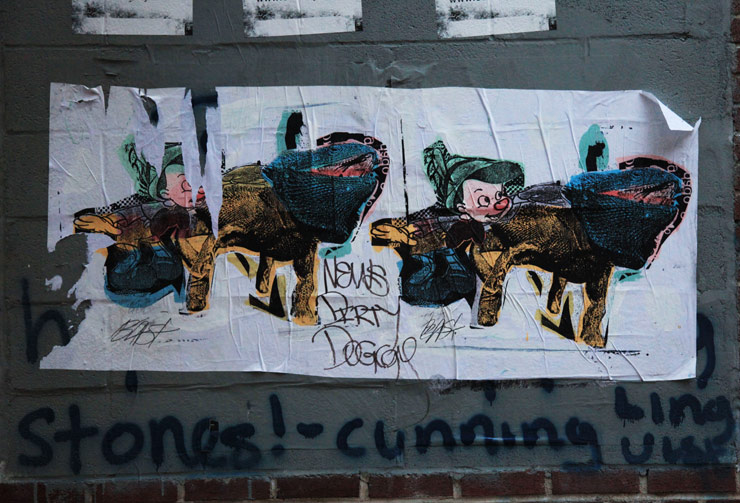 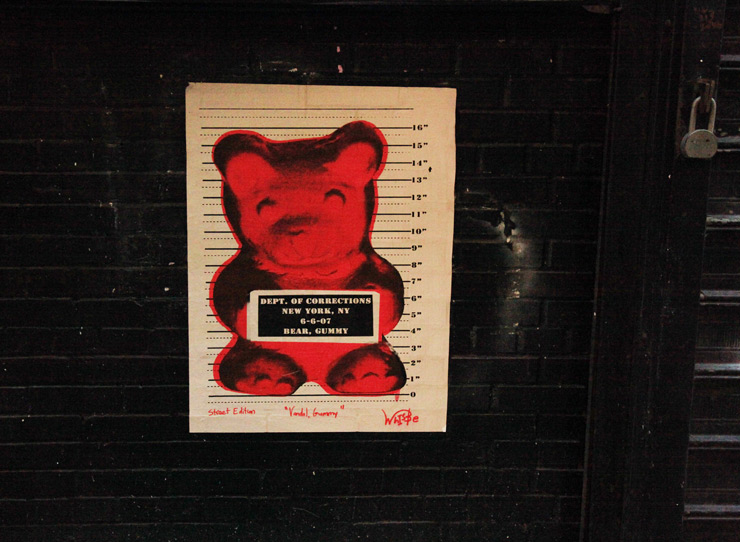 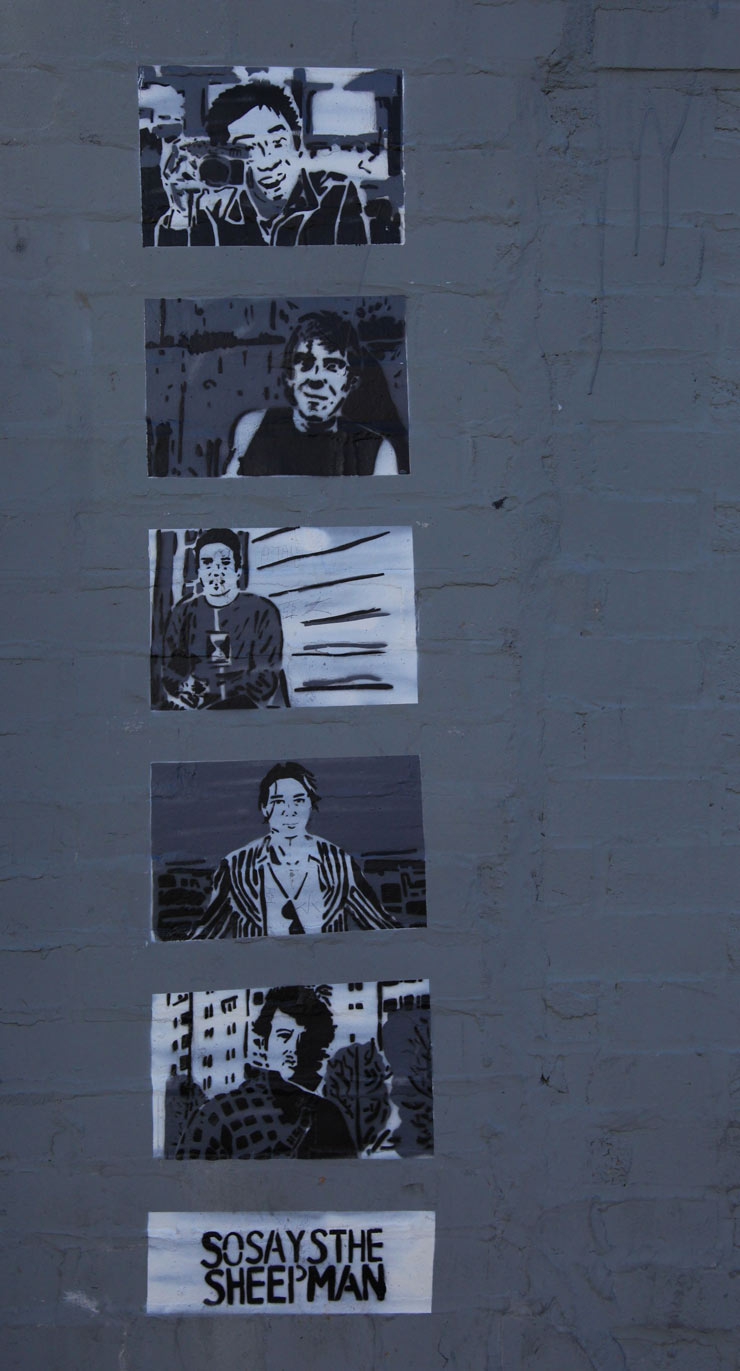 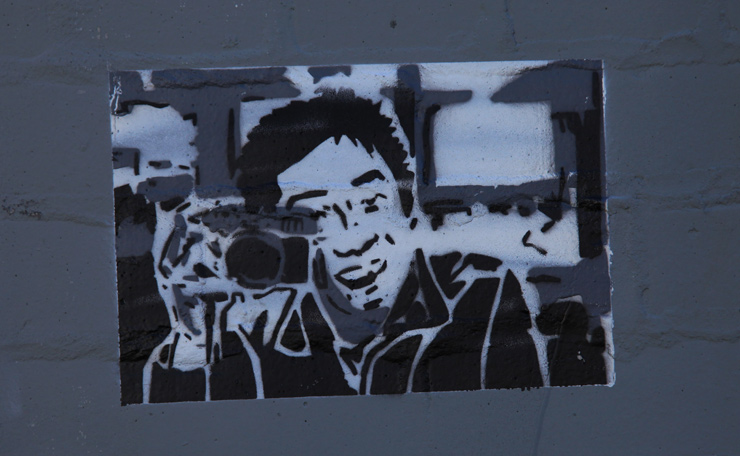 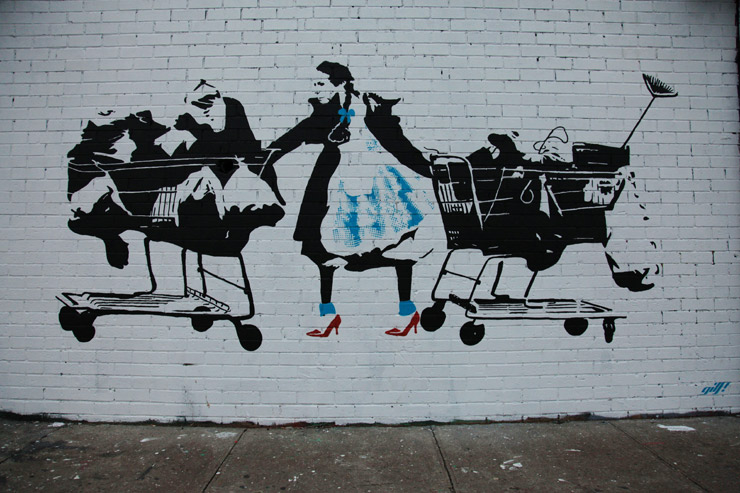 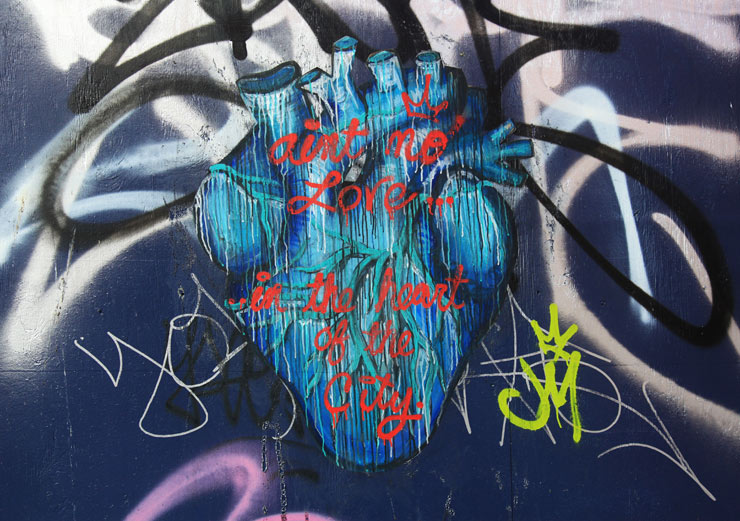 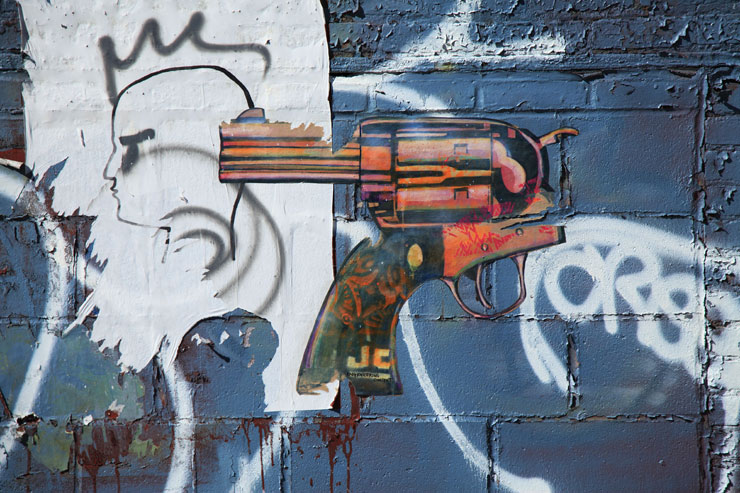 Remember when your aunt Millie told you not to point at somebody because when you point one finger at them you are actually pointing three back at yourself?  JC (photo © Jaime Rojo) 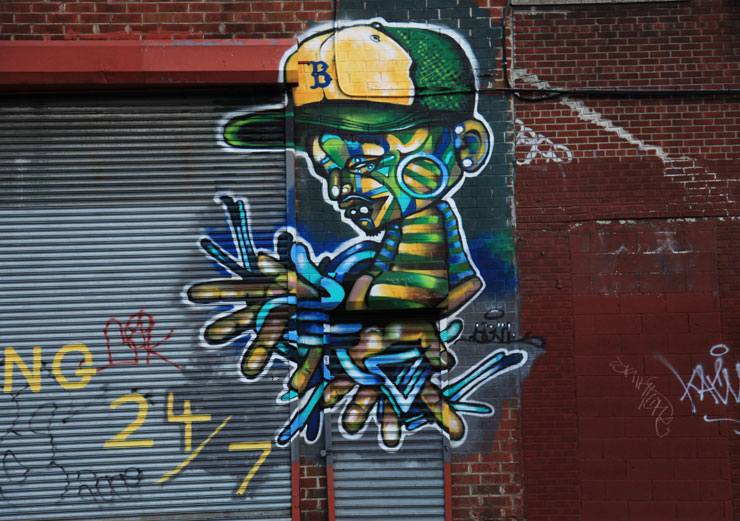 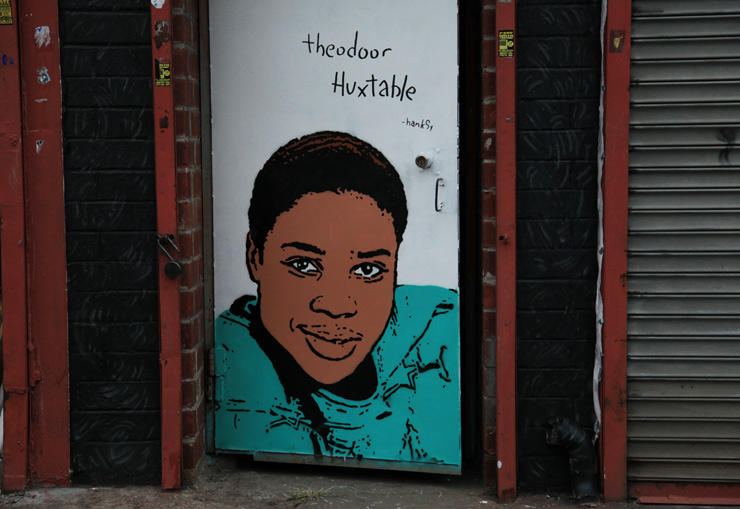 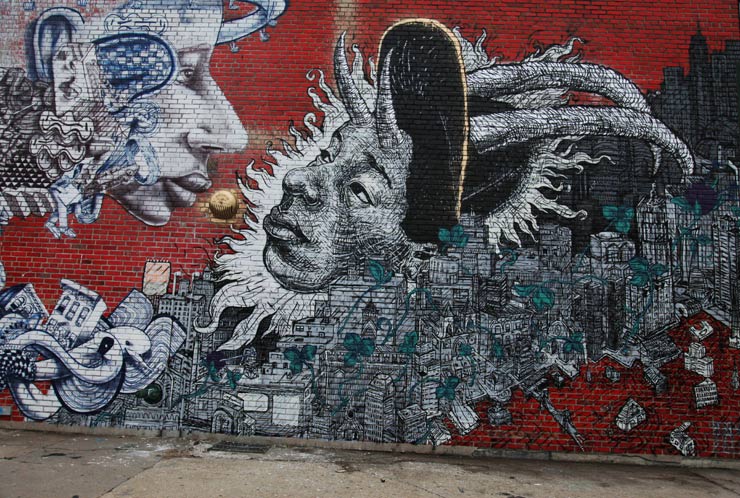 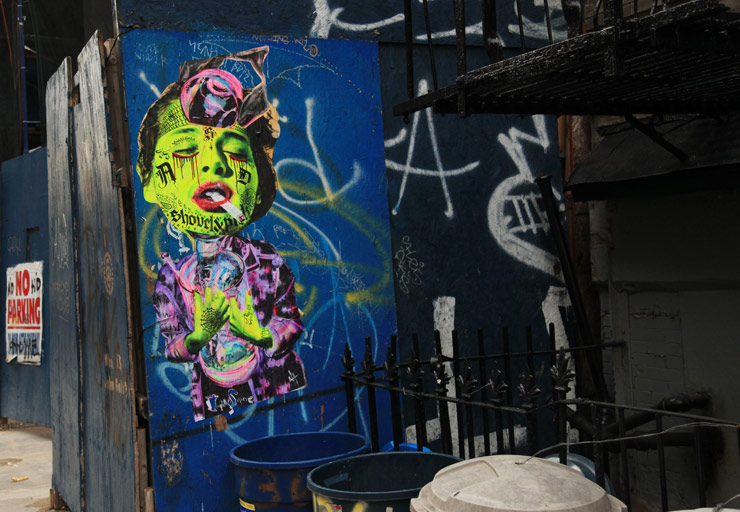 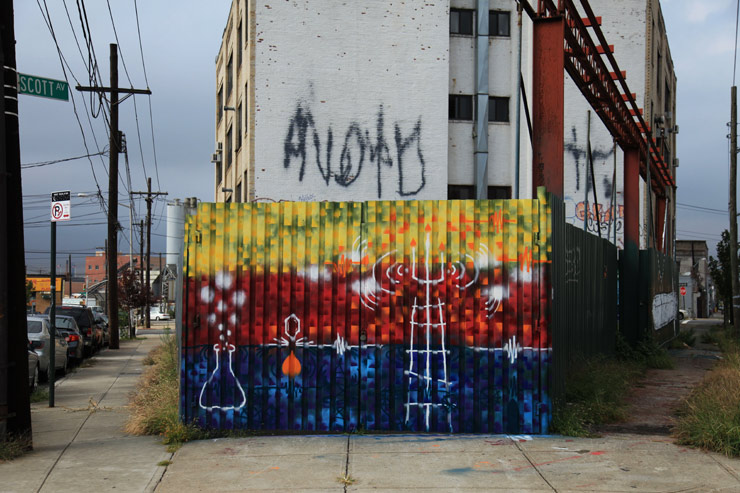 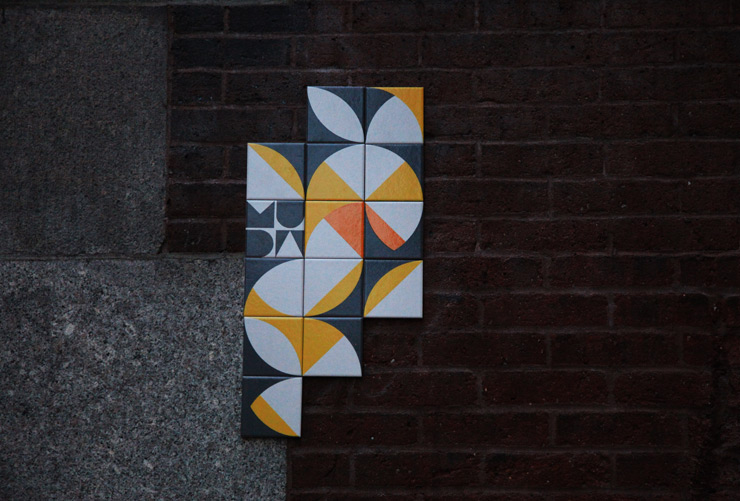 Architect/Designers The MUDA Collective were in town from Rio De Janiero and left some of their custom tile work. (photo © Jaime Rojo) 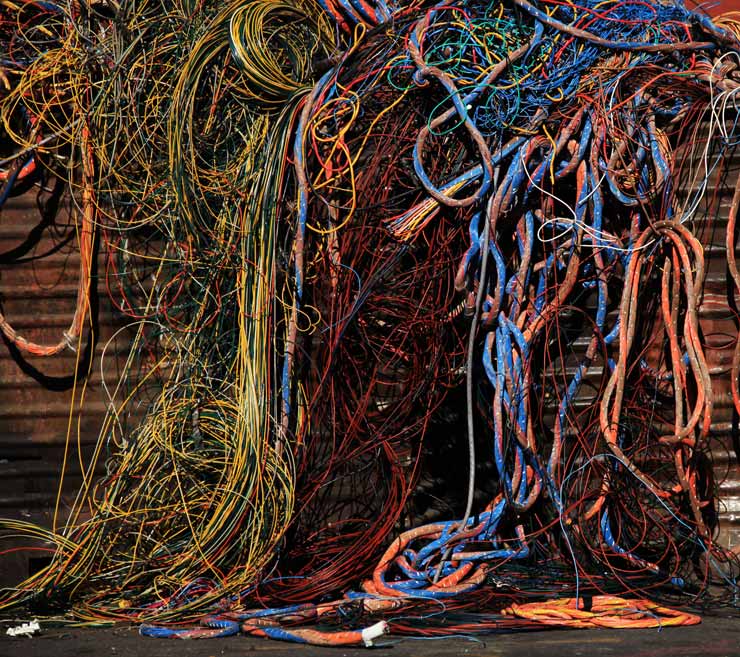 "The Head of John the Baptist" in a Water Fountain in Łódź, Poland
For a decade we’ve been saying that art in the streets of the modern city lies along a continuum between illegal, autonomous interventions and those that are officially sanctioned by institutions. In ...
LoMan Part II: A Brain Tree, A Mutant Insect and "Make Your Own Luck"
The hits just keep on coming in Lower Manhattan (despite the closing of LIT Lounge) as Beau Stanton, Ludo, and ASVP finished their murals in a tie-breaker this week for the LoMan Arts Festival. Somewh...
Giulio Vesprini: "S Y N" / Struttura G056.
Giulio Vesprini is going vertical! In other words, this new mural is not painted on a basketball court, as has been the case in many of our recent stories about this lover of pop abstract. Giu...
BSA Film Friday: 07.02.21
Our weekly focus on the moving image and art in the streets. And other oddities. Now screening:1. HEREDITAS - Gonzalo Borondo2. HOTTEA "Aaron." Wooden Walls Project. Asbury Park, NJ.3. DRAGON7...
HUGE Inside and Out: "Magic City" Says Goodbye to Stockholm
Magic City has a HUGE plan this weekend, the last great hurrah in Stockholm before it packs up and moves to the next city. Along with special programming and guests and late nights at the museum, Dani...
Avoid Bast Brooklyn Brooklyn Street Art Bushwick Five Points Colletivo MUDA Cruz Dain Dark Clouds EKG El Sol 25 Federico Cruz Gilf Hanksy Jaime Rojo JC Jesse Hazelip JM Jonathan Matas Judith Supine LNY Luv 1 Manhattan MUDA Collective NYC Poke Sheepman Steven P. Harrington Whisbe XAM Zach Rockstad