A lot of action on the street right now – people are in organized events, on commissioned walls and doing their own personal thang too.  Here’s our weekly interview with the street featuring Bast, Chris and Veng from Robots Will Kill, ECB, Faile, Jaye Moon, Jetsonorama, JM, Judith Supine, Meer Sau, Mr. Toll, ND’A, NoseGo, See One, and Stik. 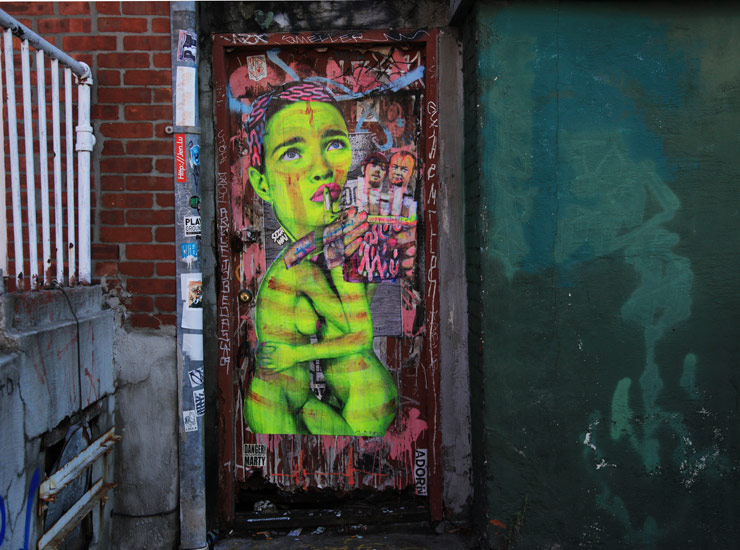 Rhiannon was rejoicing on Friday night because she said she had not seen a live new Judith Supine since she moved to New York, so that’s cool. People have been texting and tweeting us about it since it appeared – it’s like it should have been accompanied by a chorus and some trumpets or something. Ladies and Gentlemen, Judith Supine. (photo © Jaime Rojo) 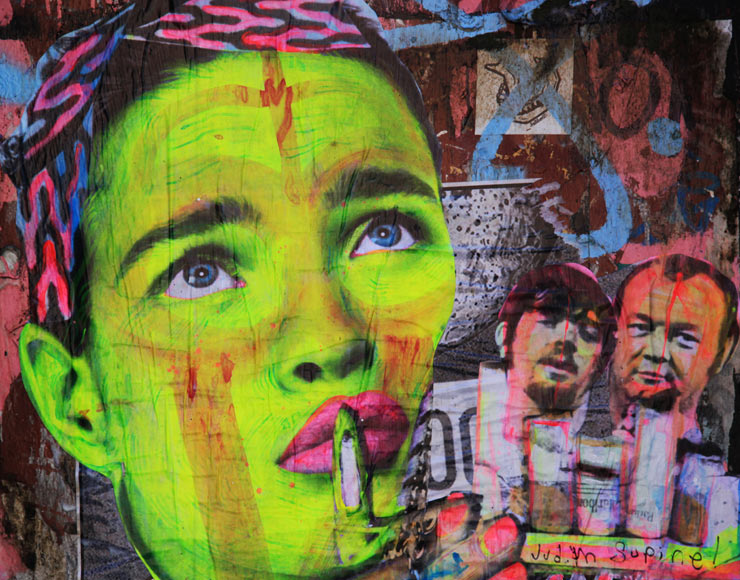 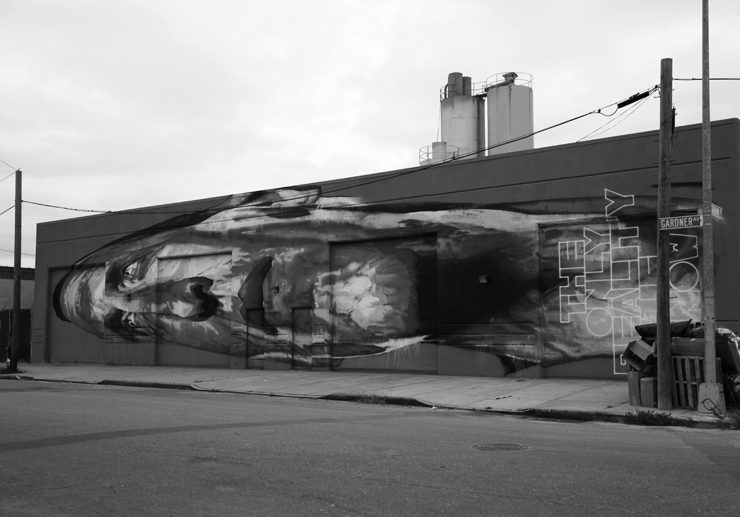 ECB is in town and laying it down. (photo © Jaime Rojo) 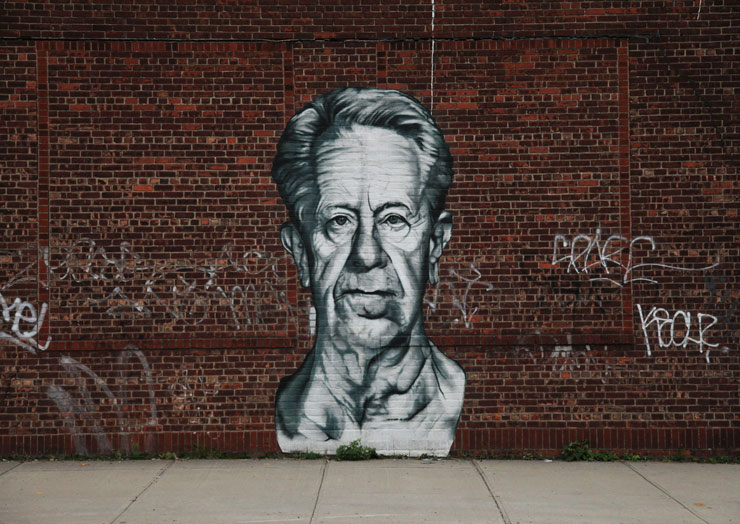 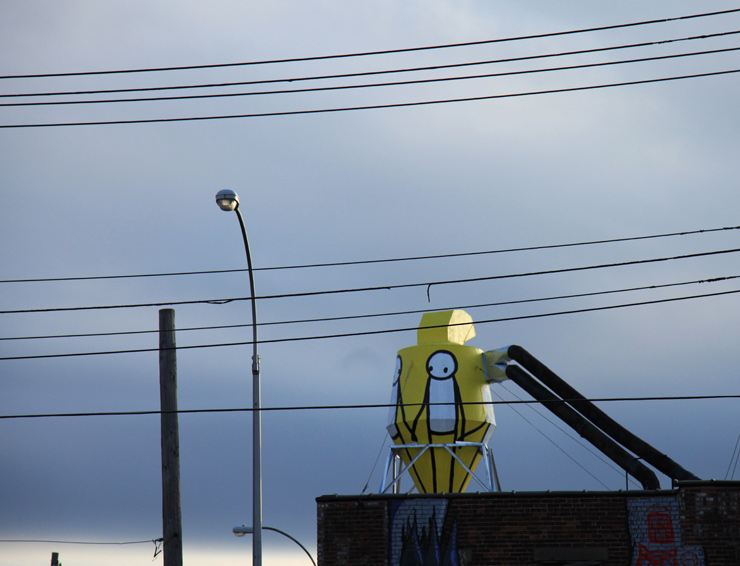 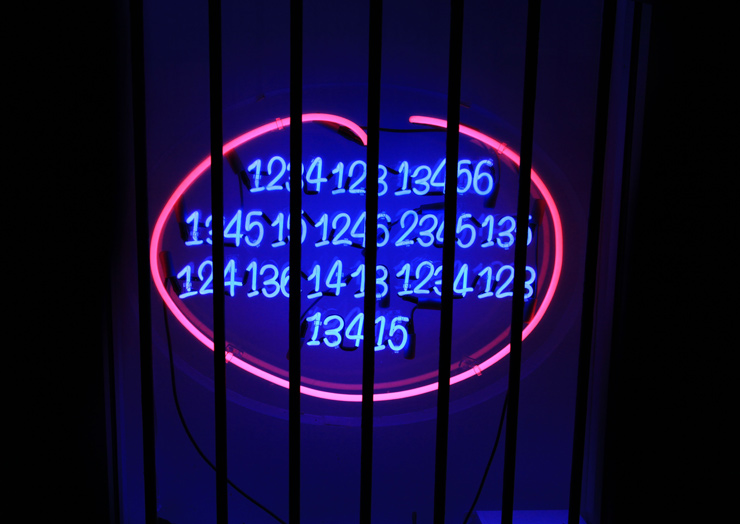 Jaye Moon has a gallery show right now with her other fine art called “Breaking the Code”. We can’t figure out what is says though. (photo © Jaime Rojo) 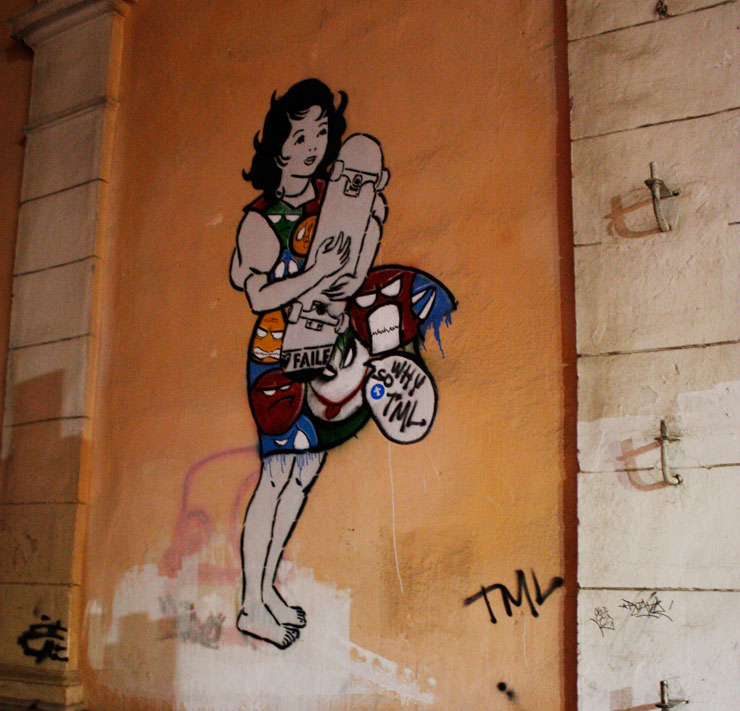 Faile visited Ulaan Baatar, Mongolia recently and left a series of works. Street Artist Blanco is in Mongolia serving two years in the AmeriCorps and sent this photo in exclusive to BSA. Clearly it is a collaboration, and there are supposed to be more nearby. Anyone going to Ulaan Baatar soon? (photo © BLANCO) 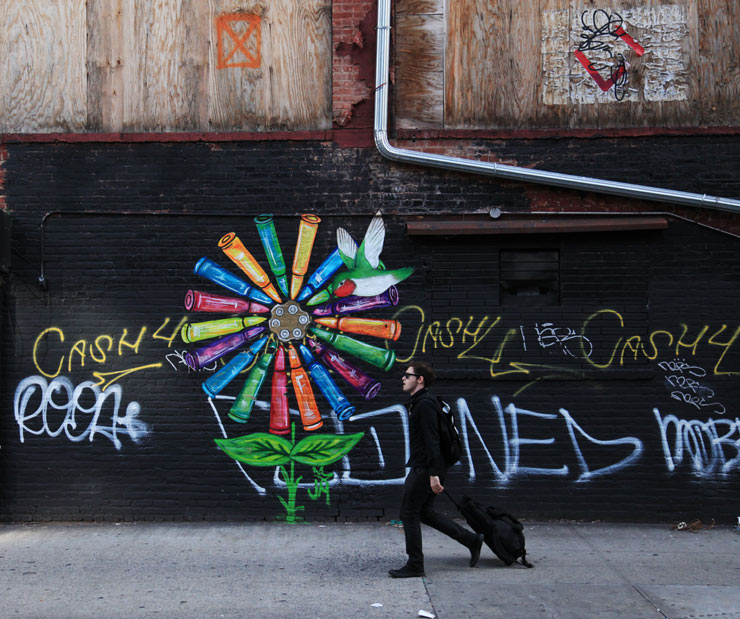 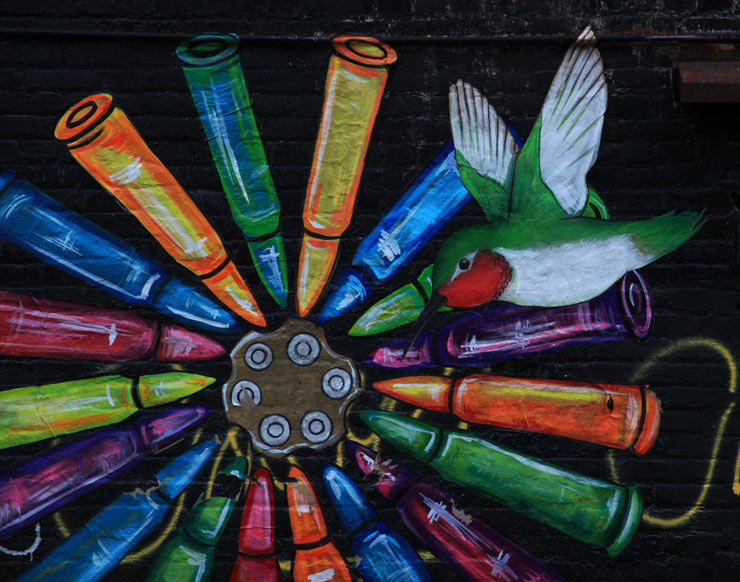 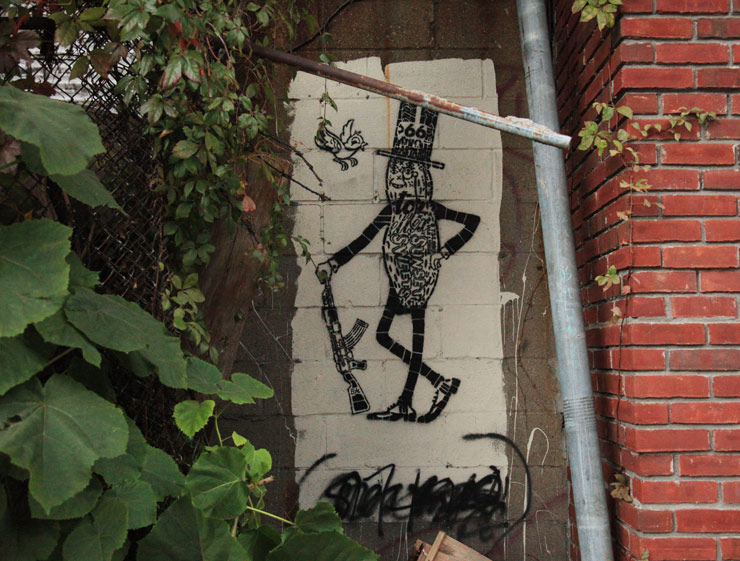 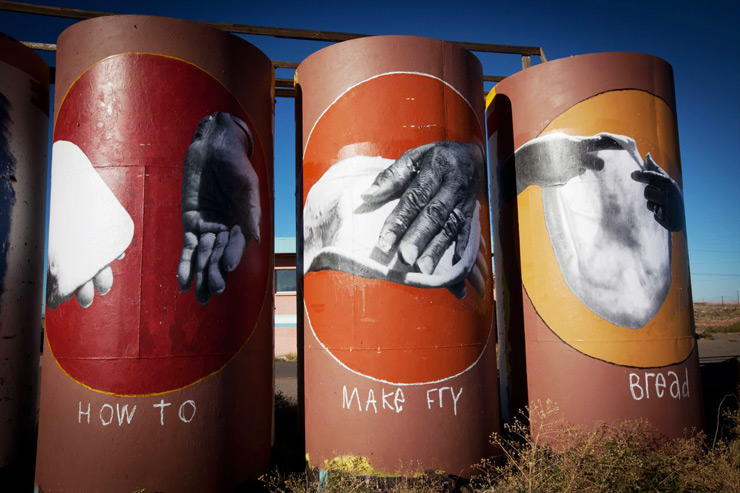 Jetsonorama at the Rez and in the kitchen. (photo © Jetsonorama) 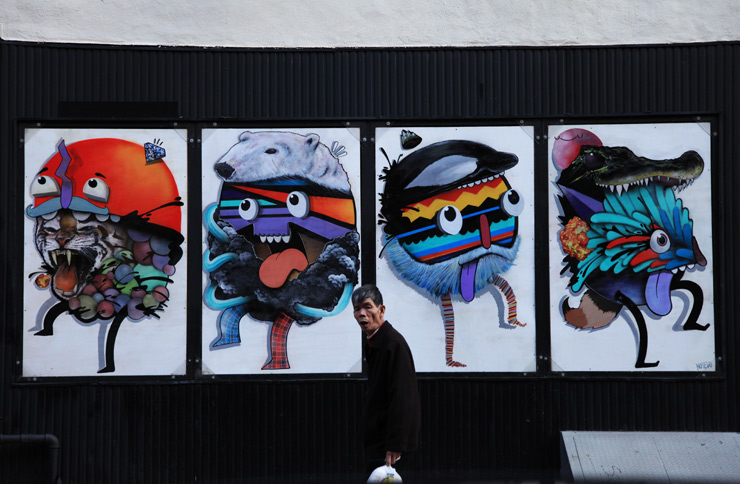 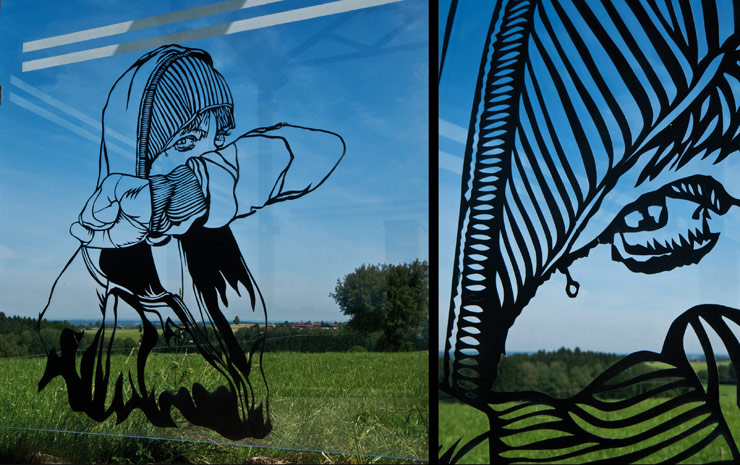 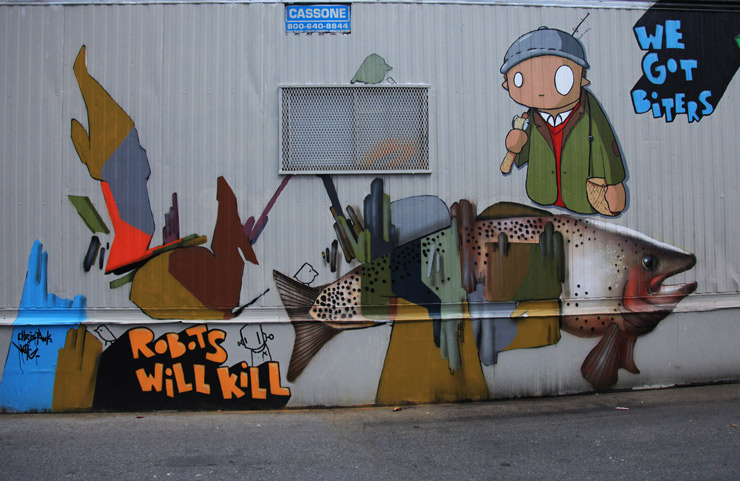 Veng and Chris of RWK at Centrifuge. (photo © Jaime Rojo) 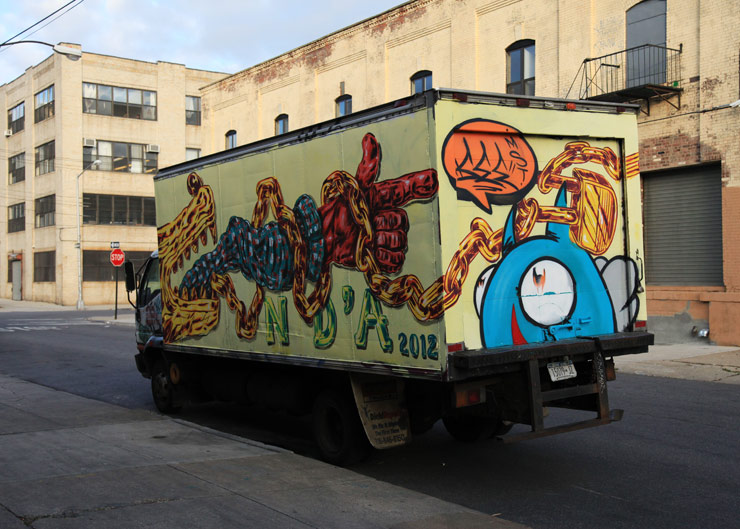 ND’A and See One collaborated on this box truck in Brooklyn. (photo © Jaime Rojo) 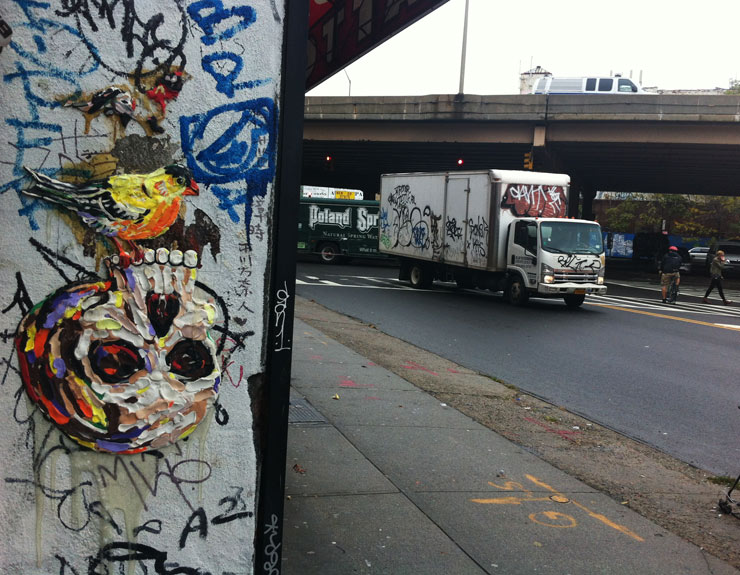 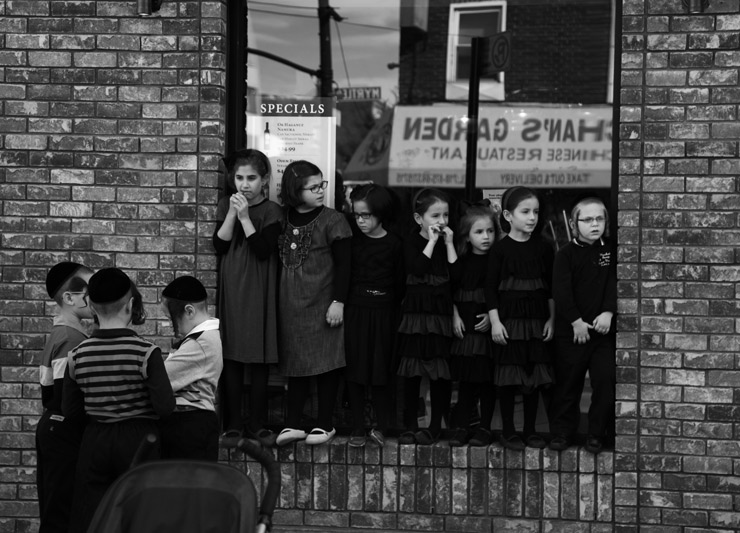 Os Gemeos Photographed by Geoff Hargadon
We’re counting down the last 12 days of 2012 with Street Art photos chosen by BSA readers. Each one was nominated because it has special meaning to a reader or is simply a photograph from 2012 that th...
Signs of a New Movement: From the Women's March On Washington
First conceptualizing and then actually hand-making a sign to take to a march is a variant of Street Art – part of the theatrical, political, personal, contentious activation of public space that you ...
Exploring New Techniques and Processes with Elian, Jaz and Ever in Mexico City
This week BSA is in Mexico City in collaboration with Urban Nation Museum of Urban Contemporary Art (UN) to see what is steering the scene on the street, meet artists, visit artist compounds, muse...
Doug Gillen, Wishes And Hopes For 2019
Doug Gillen, London-based Street Art scene documentor, commentator, lecturer, entertainer and host of his own program Fifth Wall TV (fifthwalltv.com). The photo I've chosen is not street art but carri...
The Small Voices From the Streets Are Still Talking
BSA readers know that we've always been democratic about the work we show here- because that’s really how to best understand the evolution of the scene. The illegal small stuff you find actually ...
Austria Bast Blanco Brooklyn Brooklyn Street Art Centrifuge Chris ECB Faile Jaime Rojo Jaye Moon Jetsonorama JM Judith Supine Manhattan Meer Sau Mongolia Mr. Toll ND'A NoseGo NYC RWK Salzburg See One Steven P. Harringont Stick Ulaan Baatar VENG