Barcelonian Street Artist Göla completed a new mural on the side of a modern housing building in Poznan, Poland recently, and he brought imagination and his sense of humor. It’s a somewhat sarcastic eight-story infographic on human evolution which you may enjoy while sitting at a café table while sipping a carbonated canned beverage and chomping on a Millenium Kabob, with suburban car traffic whizzing by. 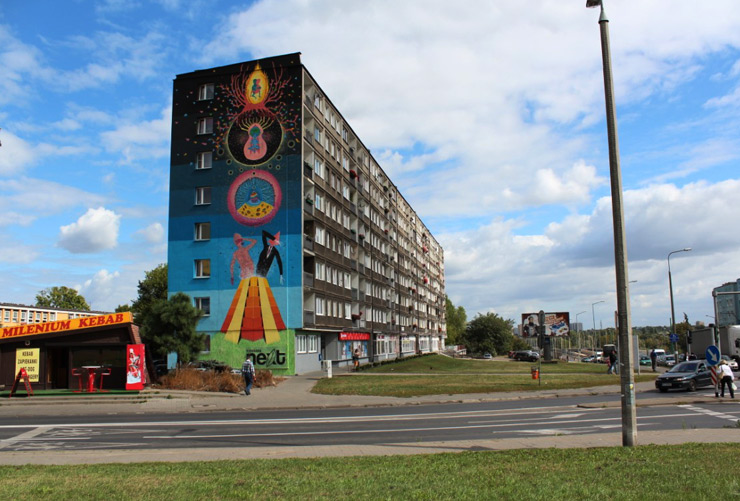 Using the visual vernacular of many more serious science textbook illustrations, this is perhaps closer to the diagrams in an acupuncturists’ waiting room. Despite the pleasant and comical elements, Göla is bringing the human race in for a colorful and entertaining critique for being so thoughtless with the rest of the planet. Perfectly themed for a festival called “Outer Spaces”, the environmentally minded artist re-constructs the entire evolutionary timeline to include Yuppies at the very beginning. Since Yuppies first roamed the earth approximately around the time Göla was born, he undoubtedly thinks they have been here forever. In a way, he has a point.

“My idea of the wall was to read from bottom to top, passing through symbols, as a metaphor for evolution,” Göla told us this week ,“From Australopithecus and the Yuppie at the bottom of the Mayan pyramid up through the second element as the cell of the new human being and the third depicts humans as they are described nowadays as a tick of the world. The top image is meant to symbolize the return to the natural world, the concept that we are part of the biosphere and we have to cooperate with the rest of the forms of life.” 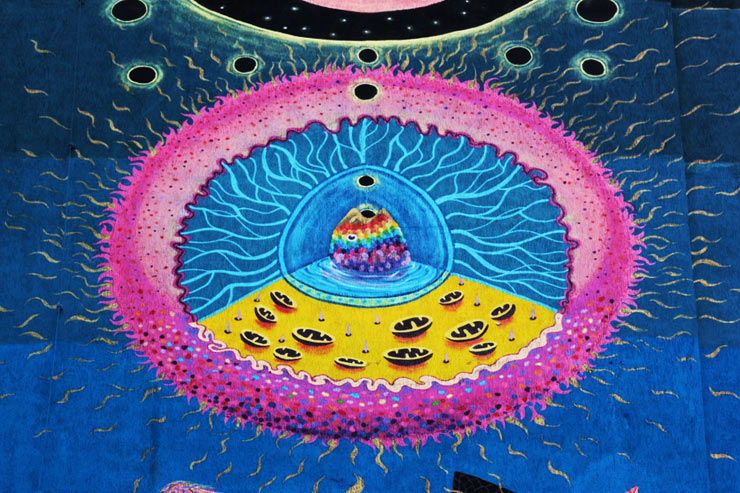 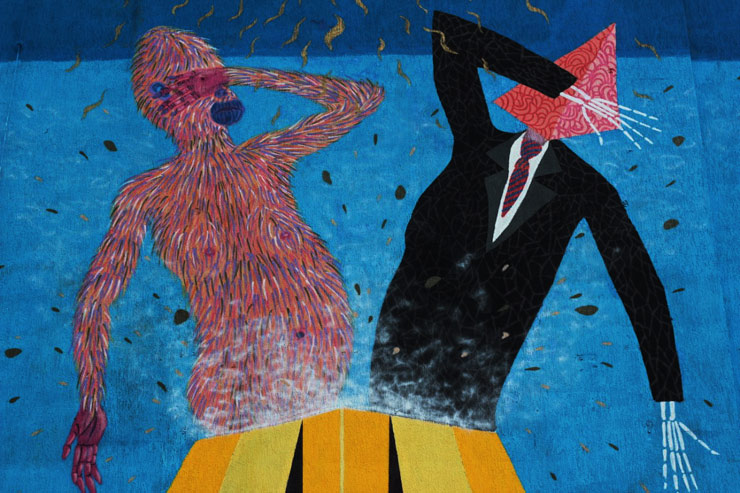 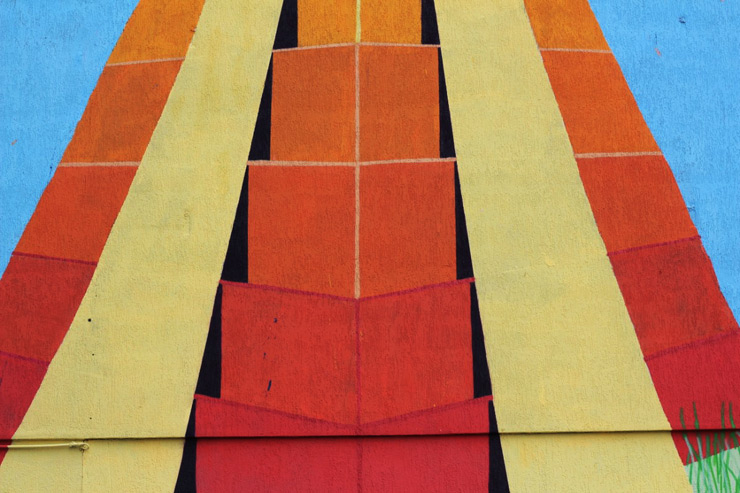 BSA Images Of The Week: 02.14.16
It's a February pile-on this week with dangerous sub-zero wind chills on the street, Valentine's Day smashing into Presidents Day, a Brooklyn Jew winning the New Hampshire primary against a former...
BSA Images Of The Week: 01.11.15
Hey Bro and Sis! It's Sunday! Here's our weekly interview with the street, this week featuring Adam Dare, Curly, D. Hollier, Damien Mitchell, El Ray, JVC Quard, Lotits, Noodle Cat, Old Broads, Q...
Teo Vazquez and Mourad are Running "20 Meters"
Mourad is running! It’s 20 meters along this wall on the inner courtyard of the Bac de Roda Housing Cooperative in Poblenou, a neighborhood of Barcelona, Spain. Teo Vázquez "20 Metros". In collab...
Fernando Alcalá Losa : Wishes & Hopes for 2017
As we near the new year we’ve asked a special guest every day to take a moment to reflect on 2016 and to tell us about one photograph that best captures the year for him or her. It's an assortment...
Avant Garde Tudela 2020. Part III - Miss Van Brings Her Ladies
More hippy chic and free-wheeling than you may remember, Miss Van brings her buxom, plump, yet oddly drowsy beauties to the Avant Garde festival in Spain. Evermore stylized and romantic, her feathere...
Brooklyn Street Art Göla Jaime Rojo Outer Spaces Festival Poland Poznan Steven P. Harrington