YEEE HAAAAWWWW!  Brooklyn Street Artist JMR has been exploring the dusty detritus of Dallas for a spell and has found that some of the BIG D’s outlying areas remind him of the wildness of abandoned spots in Brooklyn that provided succor and inspiration to artists and performers and poets and wise guys at the turn of the century. But he has no illusions about the future for a lively hipster art scene here. For one thing, there are no redheads from Portland with 36 stringed home-made musical instruments connected to a projector here yet. Naturally while exploring, JMR brought some paint with him. Here’s what he’s been seeing… 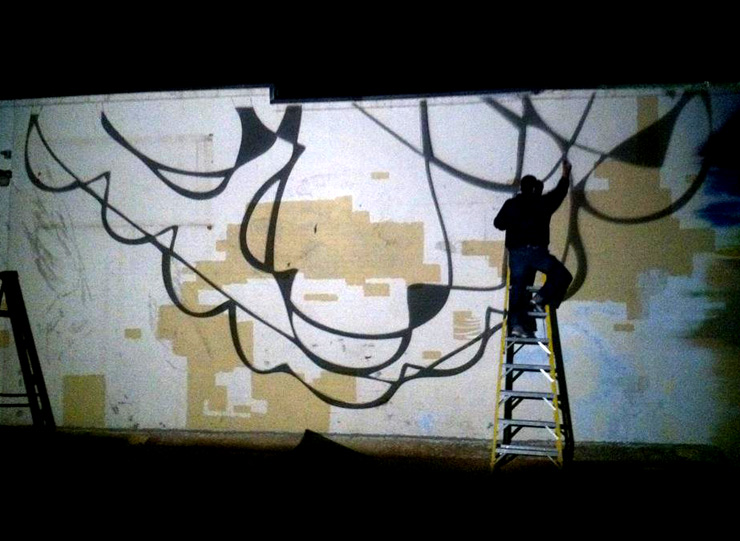 “The wall was offered to me in collaboration with a Dallas graff legend named Ozone. The building is a live-work space for two local guys starting a longboard company/music studio. They also repair motorcycles while watching documentaries in their make-shift living room; it’s a very early 90s Williamsburg ‘Frontier Land’ vibe, sans the imminent real estate surge. That’s never coming here and it’s refreshing. In the midst of this industrial lower class neighborhood at night you can light a fire and sit around it and talk about politics or whatever, while drinking beer and smoking.

There’s a bunch of hardcore graff writers out here as well, who I met through this painting.  Although the city is oddly devoid of any tags, throw-ups, or fill-ins, there is a major freight yard where trains lay up for days and people are getting busy. The trains are bombed well and it’s inspiring to watch them pass, and frustrating to try and snag flix with my iPhone, fumbling to keep up with the motion.” 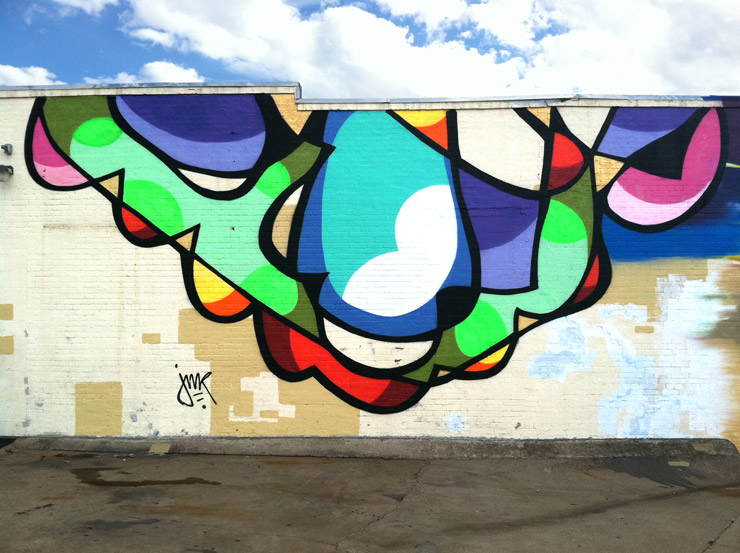