“The Internet and the increasing mobility of digital media are playing an integral role in the evolution of Street Art, a revolution in communication effectively transforming it into the first global people’s art movement.

While that may seem hyperbolic, just witness the millions of images of Street Art uploaded on photo sharing sites, the time lapse videos and full length films online, the hundreds of blogs, websites, discussion forums, chatrooms, Facebook pages, Twitter addresses, and phone and tablet apps dedicated entirely or partially to Street Art and graffiti, and the multifaceted culture that grows around it. Thousands of people daily are populating the databases, compiling a mountainous archive of something once quaintly referred to as an ephemeral art. This said, the transformative story is that the images are now freed from their sources to float in the ether for anyone with a digital device to access. Within the space of a decade, art that once lived and died on a wall with a local population is now shared via digital capture and upload, gaining access to a worldwide audience. Immediately.” – Steven P. Harrington and Jaime Rojo, Eloquent Vandals : A History of Nuart Norway 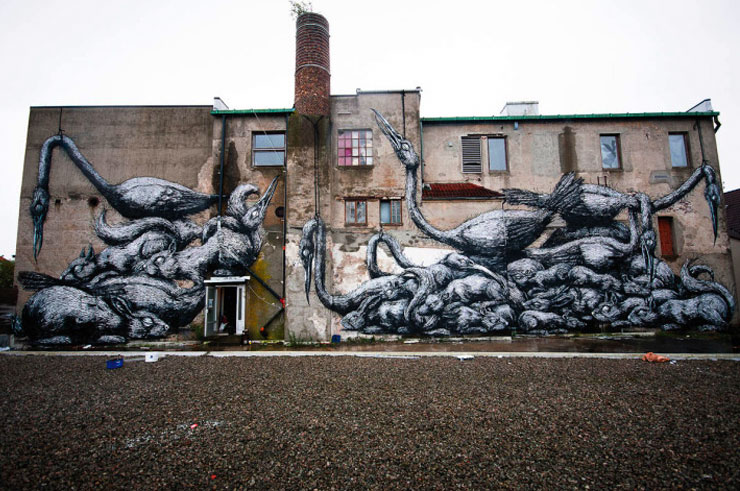 One of the three books BSA was published in during 2011, Eloquent Vandals tells the story of a Norwegian waterfront town that became a focal point for the emergence of Street Art during the first decade of the century. Edited by Marte Jølbo, Victoria Bugge Øye, and the Nuart festival founder Martyn Reed, the book explains how badass Street Artists and vandals can coalesce for a few weeks to make great walls come alive and educate through forums, roundtables, and lectures. Nuart and its accidental oracle, Mr. Reed, give us a smart and shining story of how to brilliantly engage public space with the very same artists who usually get blamed for defiling it. 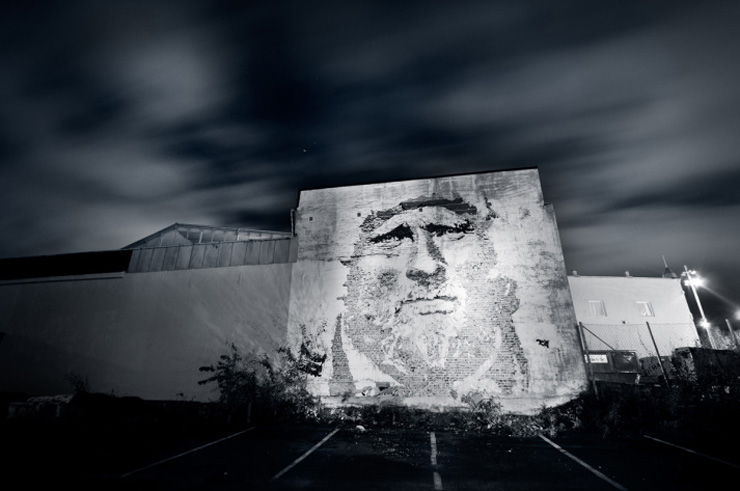 Over the last few years this port called Stavanger became a high profile portal for thrilling work by many globally known Street Art explorers every September and thanks to the easy reach of digital communications, people in cities across the globe experienced it. That was the very aspect that drew us into the project; the fact that Street Art has become so global so rapidly thanks to the engagement of everyday people via digital technology. In our chapter “Freed from the Wall, Street Art Travels the World”, we deconstruct the various pathways and digital social tribes that enable an elevated consciousness about this global peoples art movement.

“A large part of our understanding of art and its expression for generations has come from textbooks, lorded over by scholars and experts who were trained by others using similar texts passing along received knowledge and prejudices.  For those rebels of the graffiti and Street Art movement who have never given much credence to formal education, the unbound and chaotic nature of digital communications actually feels more organic and trustworthy.” 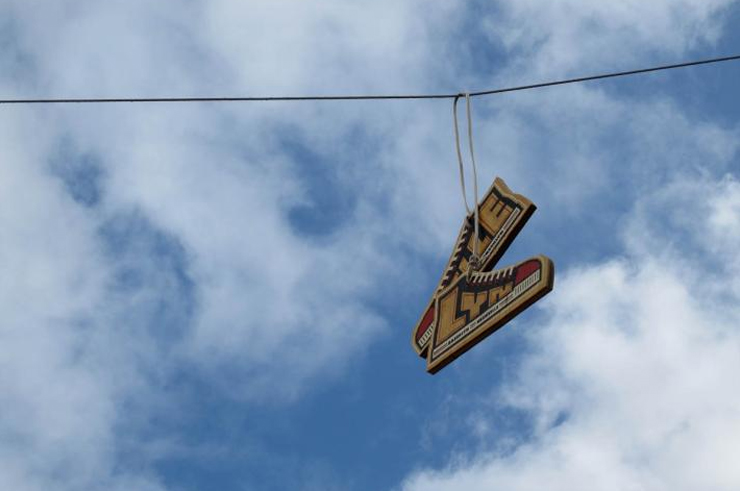 To be invited to participate in this book along with experts whom we admire greatly, most notably culture critic Carlo McCormick and author and lecturer Tristan Manco, is a great honor. To give background and context for a festival that includes some of the heavy talents in Street Art including Vhils, Blu, Skewville, Logan Hicks, Graffiti Research Lab, Blek Le Rat, Chris Stain, Ericailcane, Swoon, Judith Supine, Nick Walker, Dot Masters, ROA, M-City, Evol, Dan Witz and many more, it was a rare honor indeed. 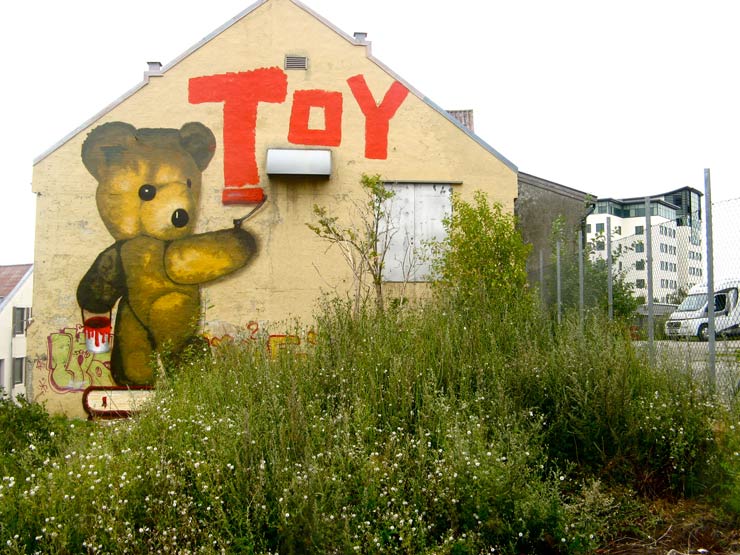 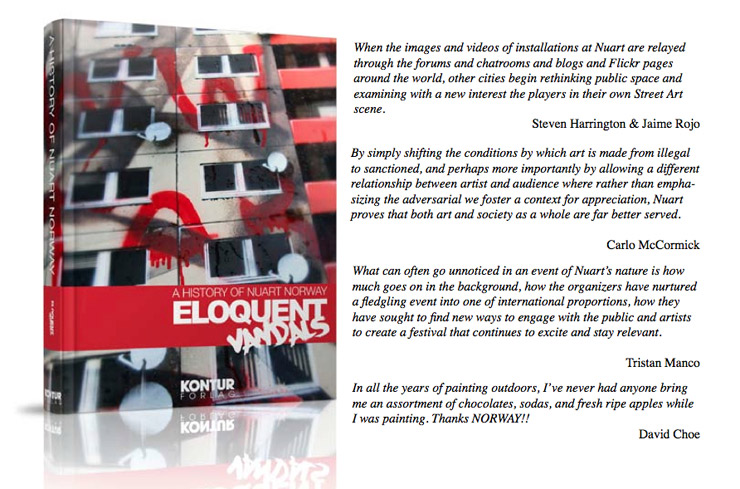 A New Reka Diptych in Kiev, Ukraine
“До побачення Київ, я буду повертатися найближчим часом! (Goodbye Kiev. Thanks for the good times and the inspiration),” says Reka as he leaves the Ukrainian capital and celebrates the latest mural f...
VERMIBUS: DECENNIUM
Vermibus, the Spanish street artist and activist based in Berlin is celebrating his 10th anniversary of adbusting on the streets of the world. We have previously written about his work on these pages...
Boo! Halloween Street Art from Your Ghoulish Friends at BSA
Happy Halloween everybody! It's a scary time on the streets and artists are always giving us disturbing and comical reasons to be frightened - it's like we need some catharsis to help us process perso...
Opiemme Writes Poetry and Letterforms Across Italy
”What do you write?” For decades graffiti writers have been checking out one anothers’ bonafides with this question. Even as tags turned to large complex pieces, evermore stylized through means of ex...
NUART 2014 x BSA Update 4 : Andreco, Icy & Sot, Martin Whatson, Tilt
Stavanger is fully in action today with Borondo, Fra.Biancoshok, Mathieu Tremblin, Evan Pricco, Henrik Haven, and others newly arriving and taking their respective places in the Nuart festival. Soph...
Blek le Rat Blu Carlo McCormick CF Salicath Chris Stain Dot Masters Eloquent Vandals Ericailcane EVOL Graffiti Research Lab Jaime Rojo Judith Supine M City Marte Jølbo Martyn Reed Nick Walker Nuart Roa Skewville Steven P. Harrington Swoon Vhils Victoria Bugge Øye