It happens on a roof in LA, in a back alley. El Mac and Augustine Kofie, two gifted graff writers, street artists, fine artists, balanced assuredly on ledges and ladders, cans in hand and collaborating on a new piece.  It’s a dreamlike sequence of scaling and balancing, backing away and re-approaching, scanning the sky as day folds into night and looking back at the bricked canvas to see a gentle babe gazing upward from an abstract future past. 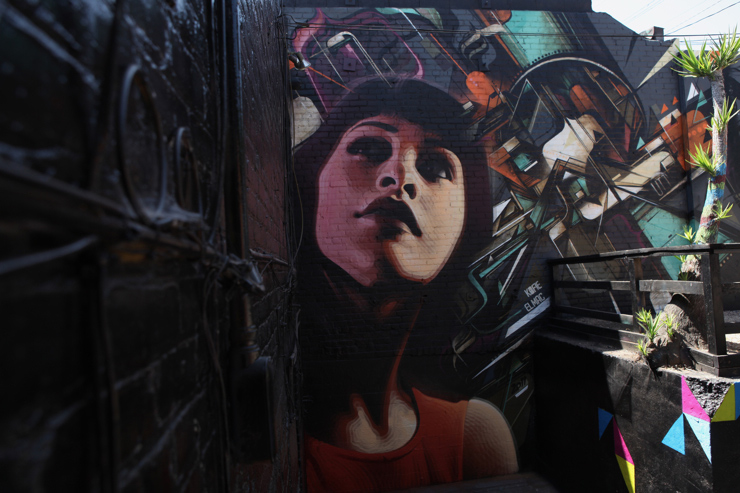 Photographer and videographer Todd Mazer, a regular contributor to BSA, circled and treaded nimbly and quietly in panther-like pursuit of the right screen capture while the artists worked. Over time, perched camera in hand, he documents the dexterous and purposeful movement and focus of two big cats on the top of their game. And roof.

“For me I feel like that’s as good as it gets,” says Mazer. 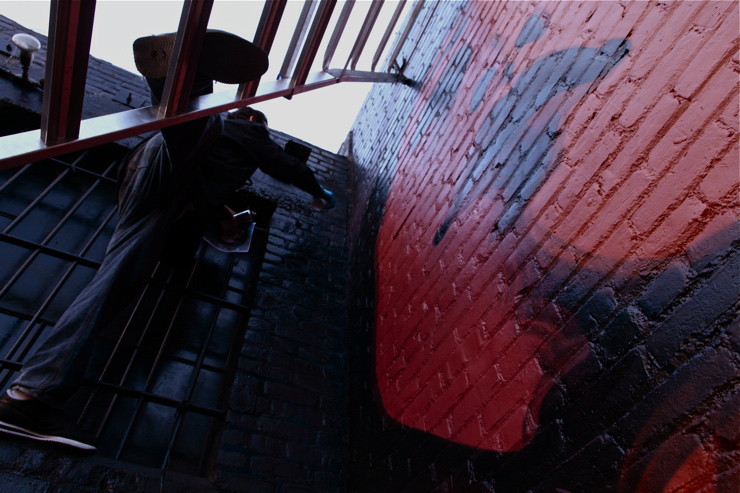 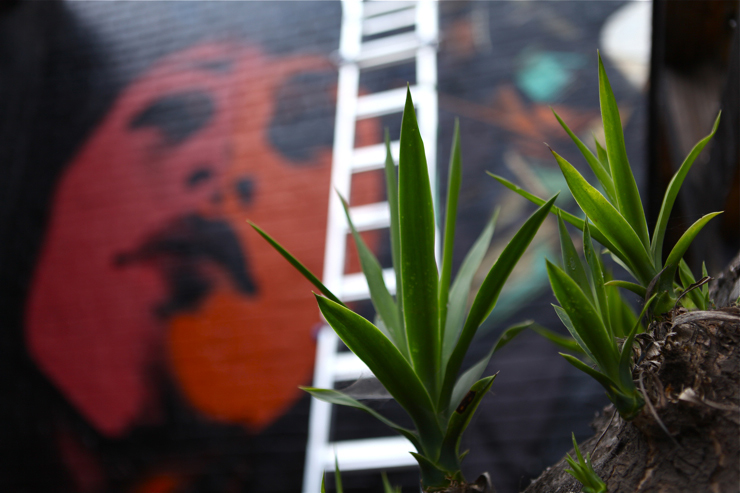 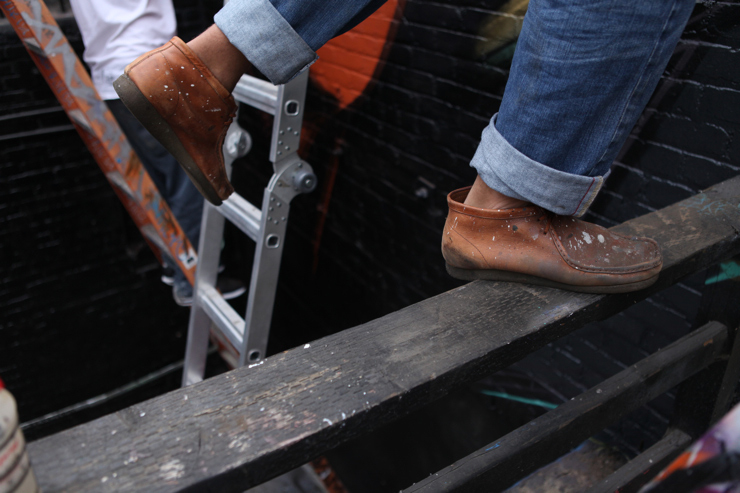 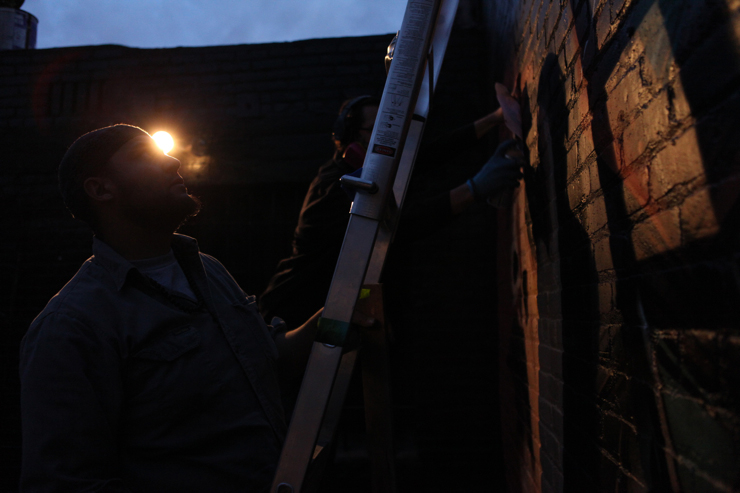 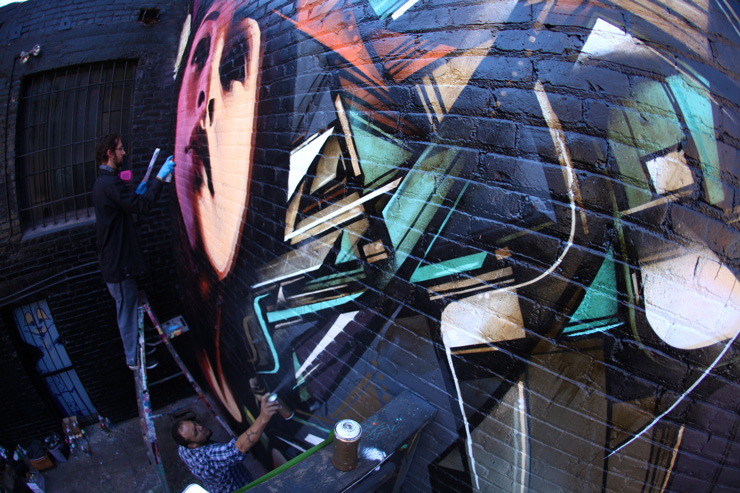 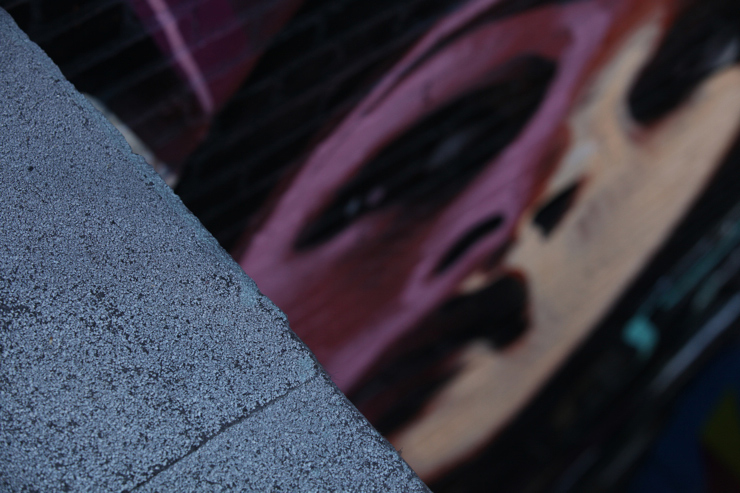 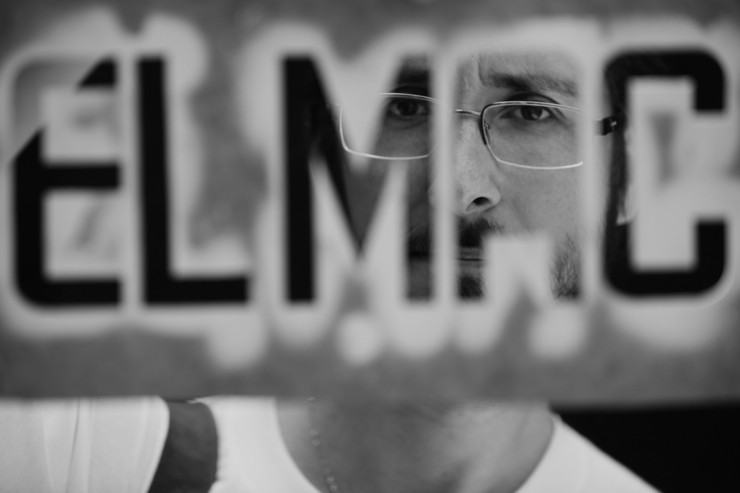 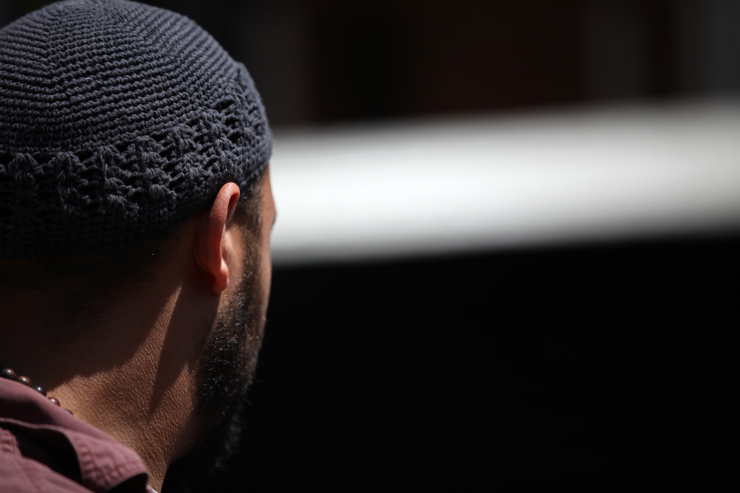 Brick: You’ll make out fine. Your kind always does.

Brick: Win what? What is, uh, the victory of a cat on a hot tin roof? 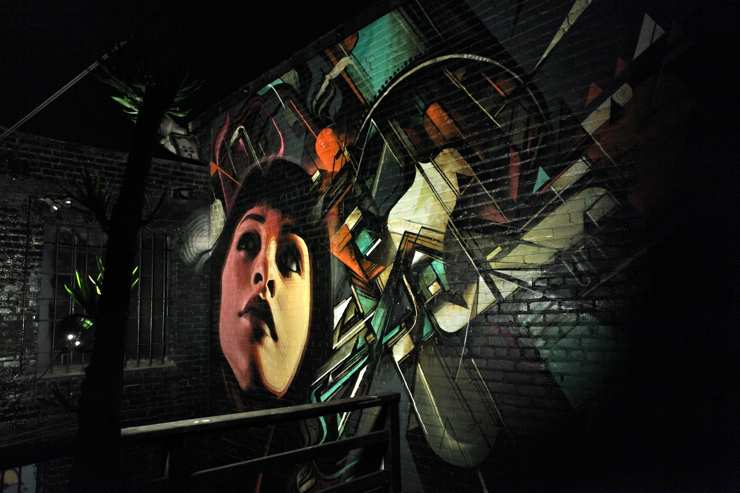 Read our interview with Augustine Kofie with photos by Todd Mazer here:

The piece was created behind 33third in Los Angeles http://www.33third.com/ A Graff and Street Art supply store in conjunction with:

* from “Cat on a Hot Tin Roof”, a play by Tennessee Williams

PEST for Art Azoï in Paris
Writing since the late 80s, Parisian artist PEST pulls out another high-style classic for Art Azoi in the city that has spawned much of the great graffiti since the 1990s – including his own crew nam...
Unbridled Berlin Street Art : Spencer Elzey in Europe
Berliners are hard to crack, they say, but probably not for New Yorkers. We “get” them because of their no-nonsense frankness, sometimes sharp tongues, and because their "creative types" are unh...
Vermibus: Ad Busting In Barcelona. Catalonia's Desire to Secede from Spain
As the October 1st  referendum deadline looms ever closer, the tensions over Catalonia’s attempts to secede from Spain have dramatically taken to the streets - and Vermibus is adding his voice to the ...
#5 Miss Bugs: 12 Wishes for 2012
For twelve days we're presenting twelve wishes for 2012 as told by an alternating roster of artists and BSA readers, in no particular order. Together, they are a tiny snapshot of the people wh...
BSA Film Friday: 04.11.14
Our weekly focus on the moving image and art in the streets. And other oddities. Now screening : 1. URBAN ART 2014 on Auction 2. Building Detroit - Revok, Nekst, Pose 3. Sheryo and Yok in Indo...
33third Street Augustine Kofie Brooklyn Street Art CA Cat on a Hot Tin Roof El Mac graffiti Jaime Rojo Los Angeles Pasadena Steven P. Harrington Street Art Street Cred Art Show Tennessee Williams Todd Mazer