The Reality-Show-Industrial-Complex continues to warp everyone’s perception of reality with its brain cell melting fusillade of advertising everywhere you turn. Street billboards, banner ads, barking taxi cab screens, and bone-headed subway posters spill bilious candy coated banality upon bystanders and passersby with entreaties to experience the misadventures of buxom babes and the buff boys who bang them.

You have to wonder how these funhouse images affect the self-perception of girls and boys and women and men who are surrounded daily by them. You will not escape the visual assault as you ride captive on the trains to your job or school or museum or library or the unemployment office – as  the vast tentacles of the entertainment industry reach ever further in search of a market.

Of course, that doesn’t mean that citizenry doesn’t talk back. 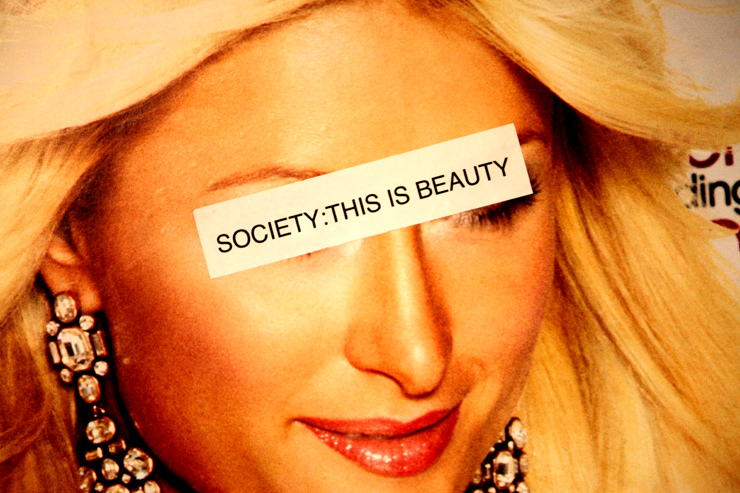 From Keith Haring in the 80s to Poster Boy (s) and LUDO and a number of non street artists in the last couple of years, there is an occasional attempt to  steer the conversation, stem the tide and claim the eyeballs and attention on the subway, if just for a minute. Some artists feel that the subways are a fair playground and an instant gallery, to the chagrin of those who see their art interventions as crimes or at least, damaging to profits. 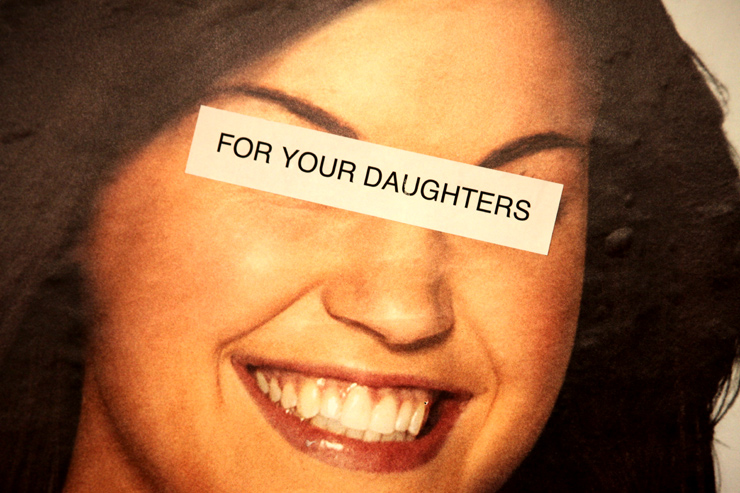 Recently we spotted a series of ads with images of the new “celebrity” class marred with the tiniest “interventions” that ring of Jenny Holzer, Barbara Kreuger and even William Burroughs. Whether these are the work of Poster Boy or the Poster Boys he hoped to inspire, the placement short circuits the messaging and questions how women are being portrayed. Ultimately these little interventions are  just a finger in the whole. 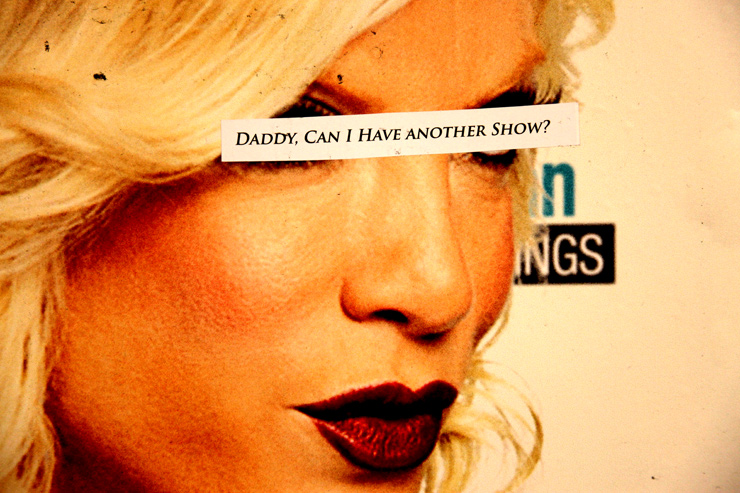 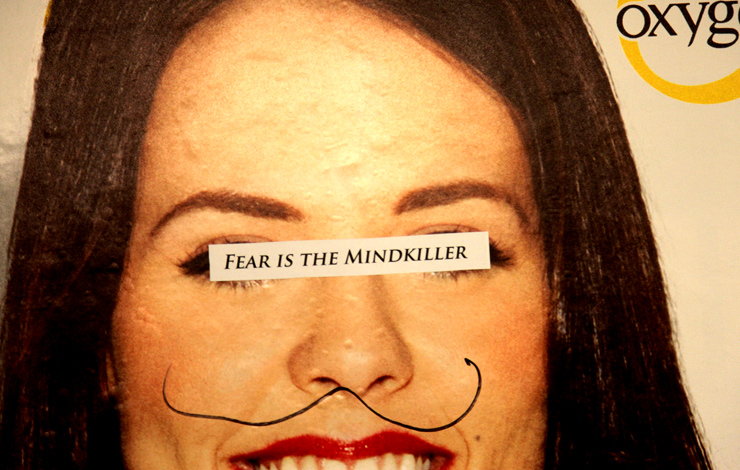 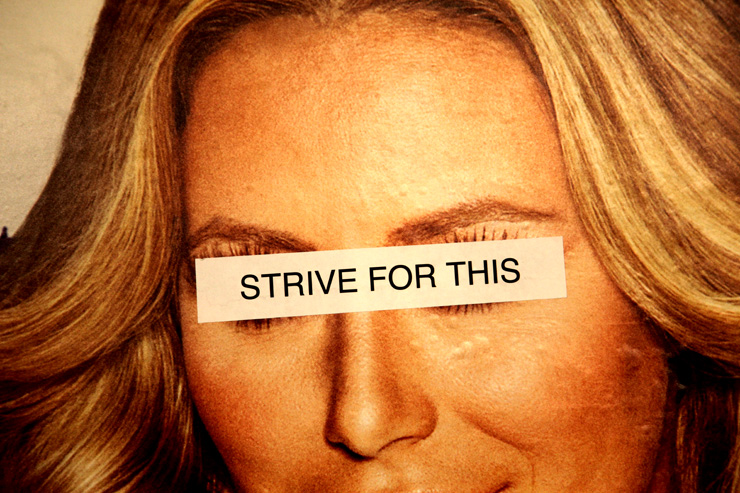 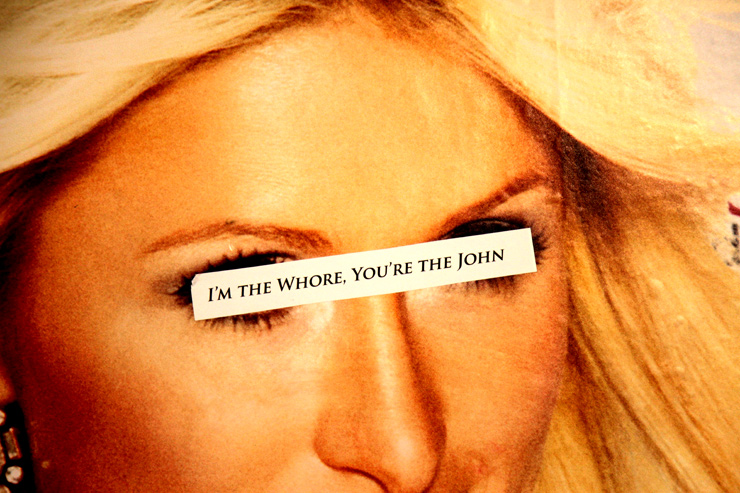 Flying "From Here to the Southern Peak" with Vegan Flava
“The glacier has melted by about one meter annually since the turn of the millennium,” says Swedish street artist Vegan Flava. In fact, he says, the southern peak was Sweden’s highest mountain until ...
OverUnder Revisits "Red Summer of 1919", 2020, in Gary Indiana
In a “now” obsessed culture that is in the convenient habit of forgetting, the marches against police brutality and racism this spring and summer have had an earth-shaking quality mainly because ther...
BSA Images Of The Week: 04.18.21
Welcome to BSA Images of the Week! Ramadan Kareem to Muslim brothers and sisters in New York and around the world. May you have an easy fast. We're bowled over by the beauty in the streets a...
BSA Images Of The Week: 05.17.20 / Dispatch From Isolation # 56
Times are tough but so are you. Such a New York sentiment and at the heart of it we believe in our fellow New Yorkers and people in general to pull through this series of cavalcading catastrop...
Images of The Week: 09.22.13
First day of Autumn, Yo! And we have been harvesting images for you as we enter the new season in NYC. Here is our weekly interview with the street, including CAM, Dasic, Icy & Sot, ILL, Jessi...
Brooklyn Street Art Jaime Rojo New York City Subway NYC Poster Boy Steven P. Harrington