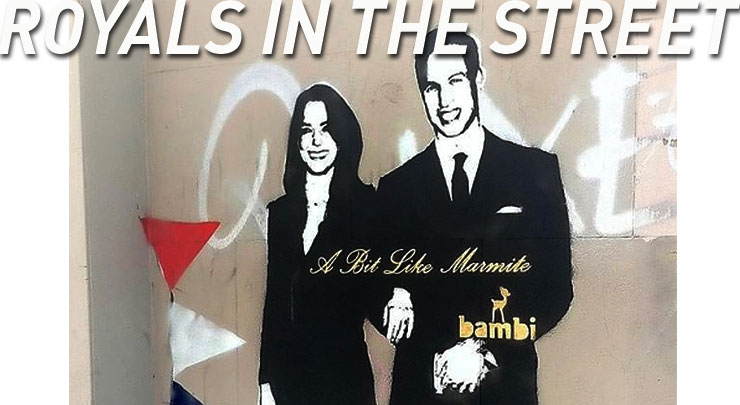 Street Artist Bambi did this portrait in North London for today’s wedding – more art inspired by Will and Kate here at Artlyst.com

Royal His and Hers Prints from K-Guy

London based Street Artist K-GUY plays with Wills and Kate with these newly released prints to celebrate their union and to poke a little fun at the same time. 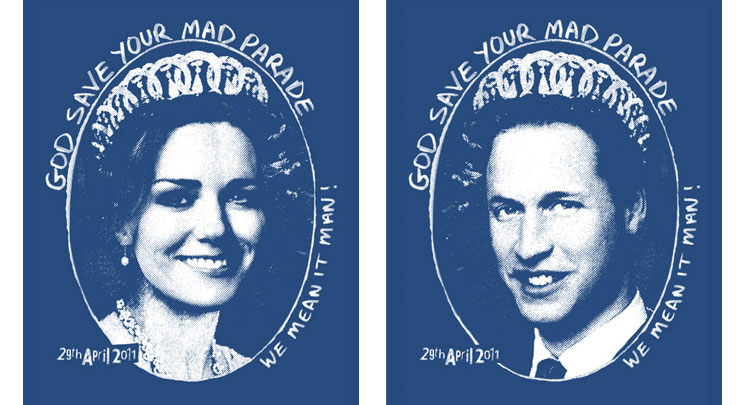 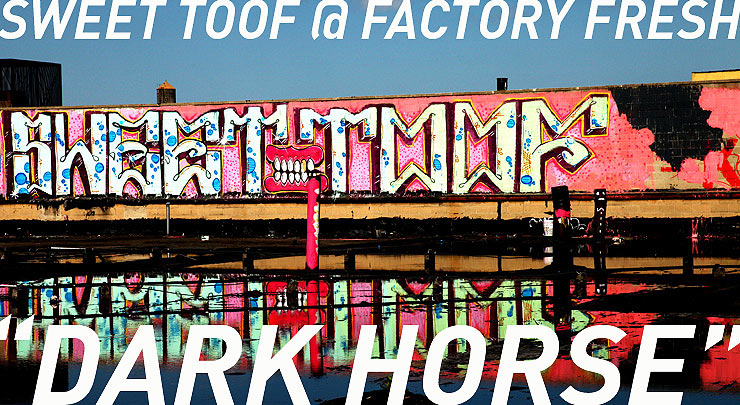 “Sweet Toof has developed a recurring motif that perambulates through periods and platforms – aerosol mural, oil painting, or theatrical prop –  with a certain frank guile and handmade disarming charm.” from Ready for His Closeup: Sweet Toof Sparkles at Factory Fresh (PHOTOS)

Opening April 29th, 7-10pm at Factory Fresh
On view till May 22nd, Gallery is open Wednesday – Sunday from 1-7pm

Factory Fresh is located at 1053 Flushing Avenue
between Morgan and Knickerbocker, off the L train Morgan Stop 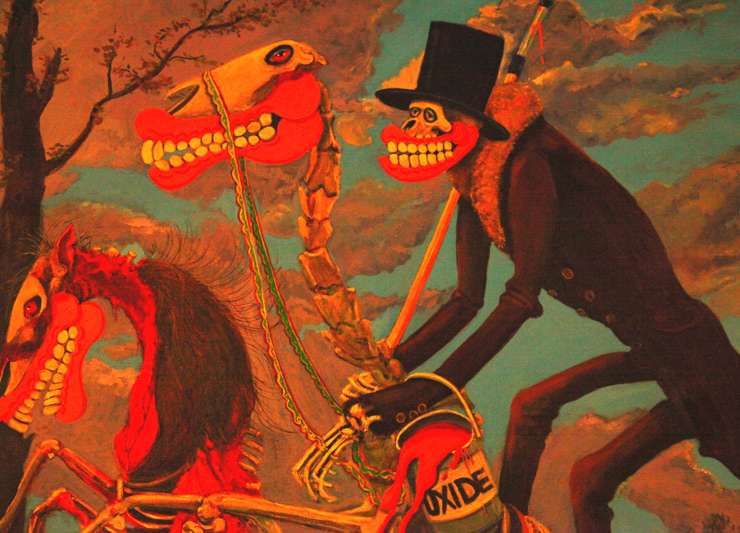 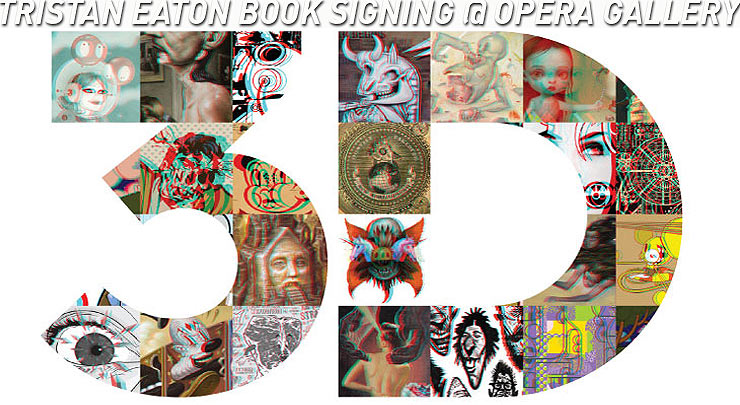 What’s this “Birther” Thing All About?

The rabid pursuit of President Obama’s birth certificate has puzzled many thinking people while the topic is repeatedly brought up during street marches and demonstrations – finally pushing the President himself to hold a press conference about it this week. The astro-turf  fingered crowds in the streets during last years Health Care debates in the US pretty much revealed their base disagreement with all things Obama with their hand held signs that couldn’t be described as anything but racist – “off message” for the insurance companies but “on message” for the yahoos who took their buses. We know this “birther” movement won’t disappear because of the poisonous legacy of racism in our history, but we are thankful for the strong clear thinking of people like Goldie Taylor (video below) who helps us place current events in context.