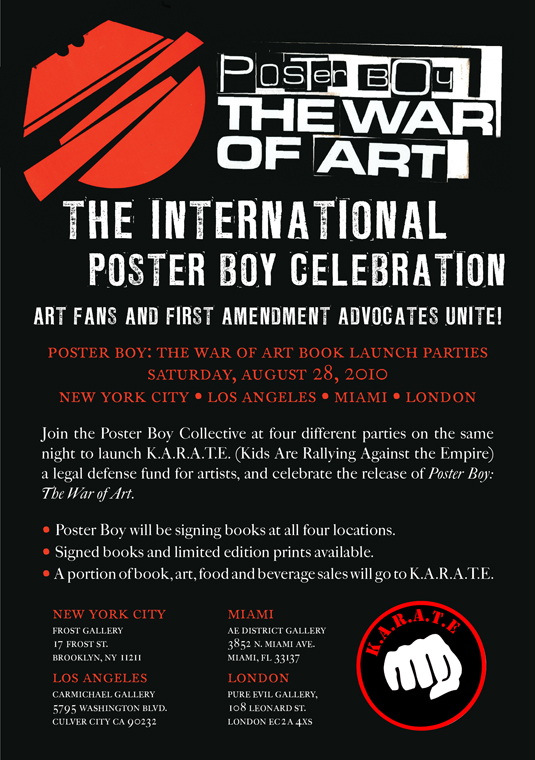 BSA Film Friday 01.11.13
Our weekly focus on the moving image and art in the streets. And other oddities. Now screening: A debut from UR New York, Cola de Farinha, Pigeon in the Venice of the North, En Masse ...
disCONNECT In Total : All the Artists Who Created This London Show During Lockdown
Back in June, BSA published the first article on disCONNECT, a project created in London during the lockdown due to Covid-19. A collaboration between Schoeni Projects and HK Walls, disCONNECT involve...
New "Uninhibited" Art Scene in Allapattah, Miami
Clara Vanessa Avalo and her Uninhibited Urban Art Magazine mounted their own celebratory event full of artists and fans this year in Allapattah, a gritty neighborhood adjacent to the glaring spotlight...
Icy & Sot, Razor Wire & Flowers Along a Wall in Miami
By festooning foreboding razor wire with decorative flourishes of welcome, Icy & Sot invert a symbol of exclusion and fear. The effect is shocking in its embrace of joy and color and life; the sur...
BSA Images Of The Week: 08.31.14
A powerful group of images this week as we do a drive by on Labor Day Weekend in New York. We know it's the last weekend of Summer but hell no!  I'm gonna have another strawberry ice cream out o...
AE Distric Gallery California Carmichael Gallery Culver City Frost Gallery Henry Matyjewicz KARATE Kids Are Rallying Against The Empire London Miami New York City.Brooklyn Street Art Poster Boy Pure Evil Gallery Ron Kuby The Warr Of Art