Not much of a ground battle in Red Hook and Flatbush Pass today, as Street Artist General Howe staged battles where Patriot troops first began seeing the arriving British, who were well equipped with better technology. As they encounter one another, almost by chance, minor skirmishes occur on this day in 1776. Ironically, the majority of deaths are because of faulty equipment, including cannons that misfire and kill Patriots. 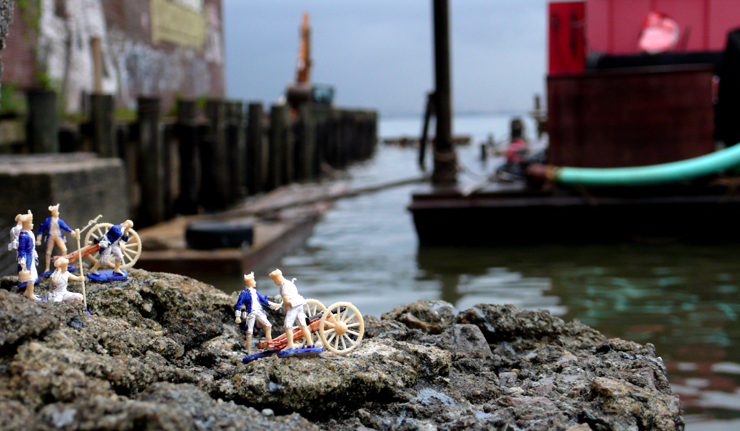 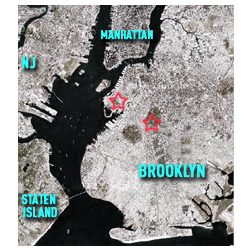 The Action: General George Washington and his army are uncertain of how and when the British will attack. Some minor skirmishes take place in the area of the Flatbush Pass. Patriot soldiers in Red Hook exchange cannon fire with British war ships. Washington fears that Howe will move his naval fleet upriver, blocking off escape routes north. Few perish on this day. The fatalities and injuries of Patriot soldiers that do occur result from the misuse of their own arsenal. 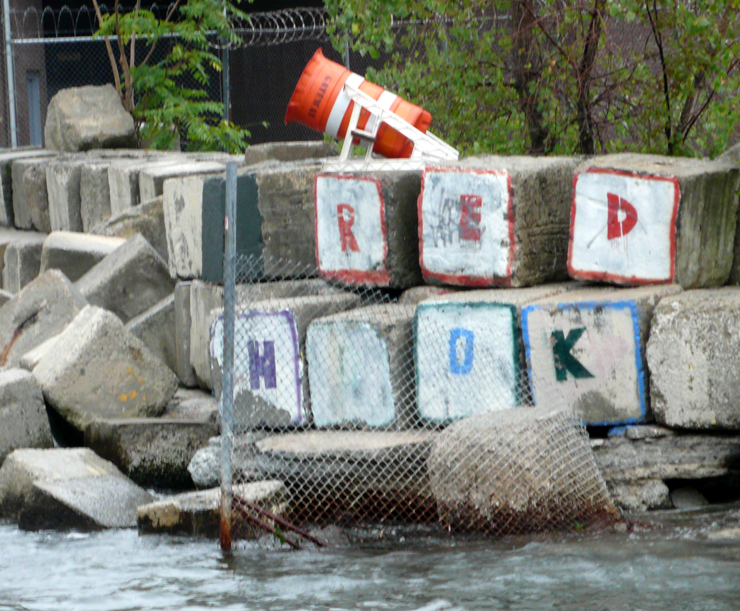 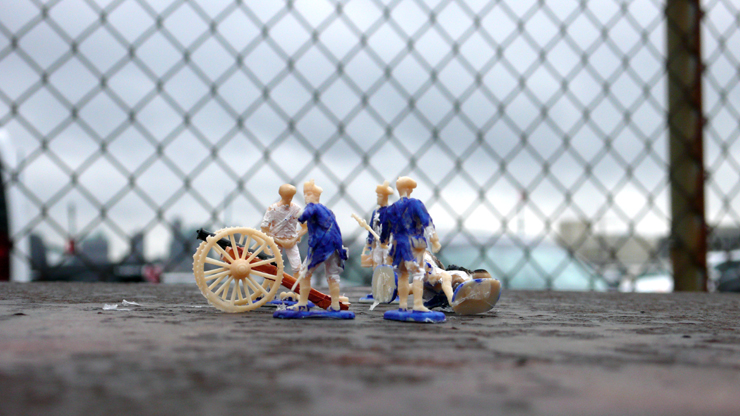 General Howe. The majority of fatalities and injuries of Patriot soldiers that do occur result from the misuse of their own arsenal. (© Jaime Rojo) 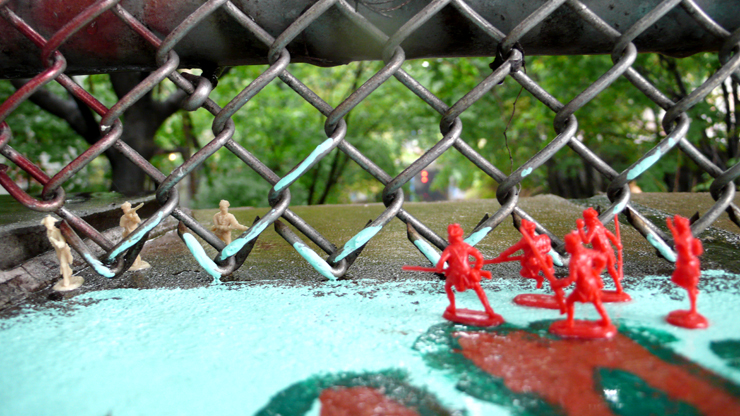 General Howe. Some minor skirmishes take place in the area of the Flatbush Pass. (© Jaime Rojo)

"Kaws: What Party" Coming to Brooklyn Museum
From graffiti writing on the street to art products to massive sculptures in public spaces, the career evolution of Brooklyn’s KAWS embodies graffiti-street-art-urban-art's commercial moves into the ...
SWOON Weaves "The Red Skein"
As we prepare to celebrate 15 years of daily publishing stories and insights about street artists from around the world here on BSA, you’ll know that there are some whose work has merited hours of wr...
NohJColey and Katharina Oguntoye - "Persons of Interest"
BSA is in Berlin this month to present a new show of 12 important Brooklyn Street Artists at the Urban Nation haus as part of Project M/7. PERSONS OF INTEREST brings to our sister city a diverse c...
Raising Yellowcake in Grand Canyon: Icy & Sot, Jetsonorama in Arizona
Yellow Cake: A simple sweet dessert confection that gets its signature color from 8 egg yolks and a cup of butter, and is great with either vanilla or chocolate icing. Yellowcake: A type of uranium c...
Zurik is "DIVIDED" at Contorno Urbano 12 + 1
Graffiti writer/mural painter/graphic designer ZURIK is divided not just by her artist description but by her nationalities. Leaving Bogotá and moving to Barcelona is a big split as well and she’s s...
Avail Art Battle of Brooklyn Brooklyn Brooklyn Street Art Coney Island Flatbush Pass General Howe George Washington Jaime Rojo Kianga M. Ellis Red Hook