Galore Urban Art Festival bills itself as “a gathering point for Copenhagen’s underground where artists can meet, exhibit and share art. We facilitate the raw, the unestablished and the alternative and take the role as an alternative to conventional art exhibitions”.  Street Artist Aryz has just completed this striking piece on the exposed brick side of a huge building here and we’re pleased that photographer Henrik Haven has joined us as a BSA collaborator to share some exclusive photos.

Can’t really tell what is happening in the scene though. Any ideas? Is she choking him, or comforting him?

The Galore festival took place this August from 16th to the 18th and please stay tuned for more images from the rest of the participating artists including: Above, Dems, Gary, GR170, KCIS, POS, Semor, Sobek, Sofles, The Nom Nom Collective, Sozy, Storm, Vizie and Zoer. 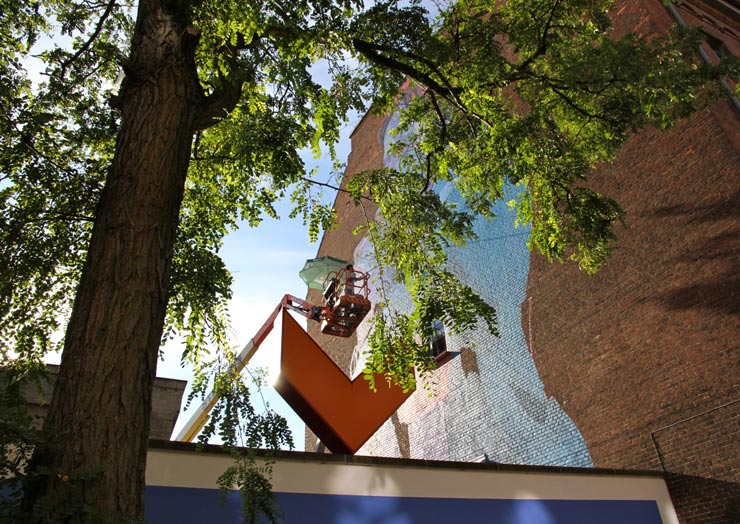 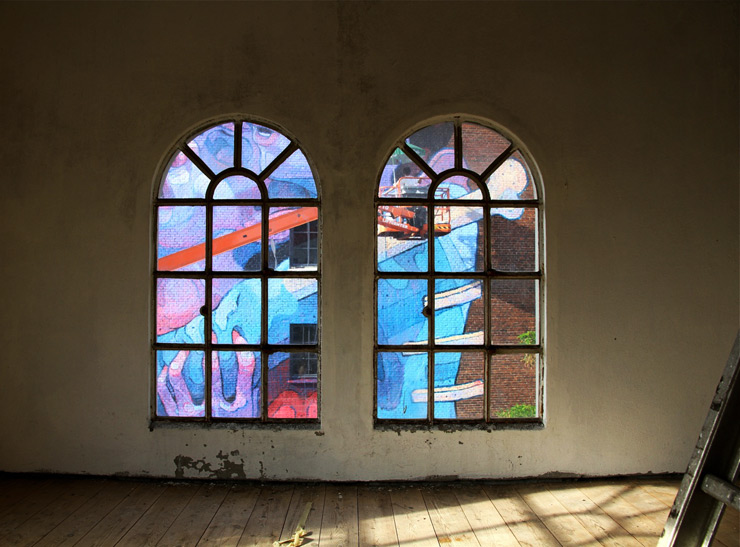 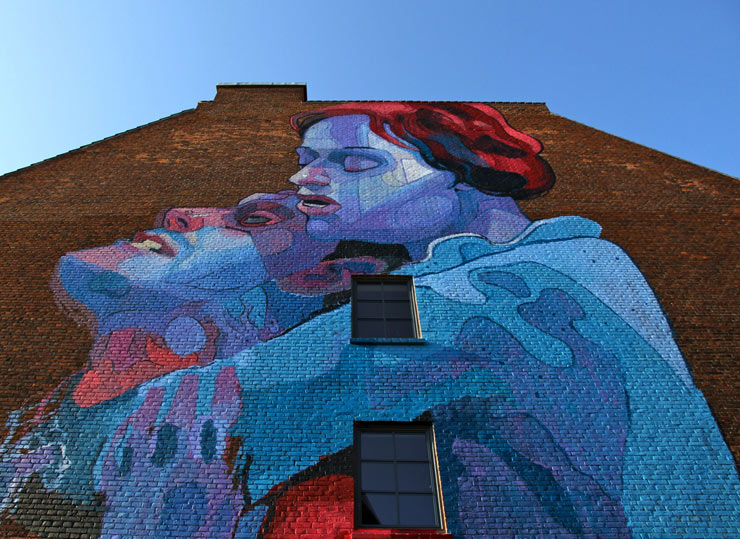 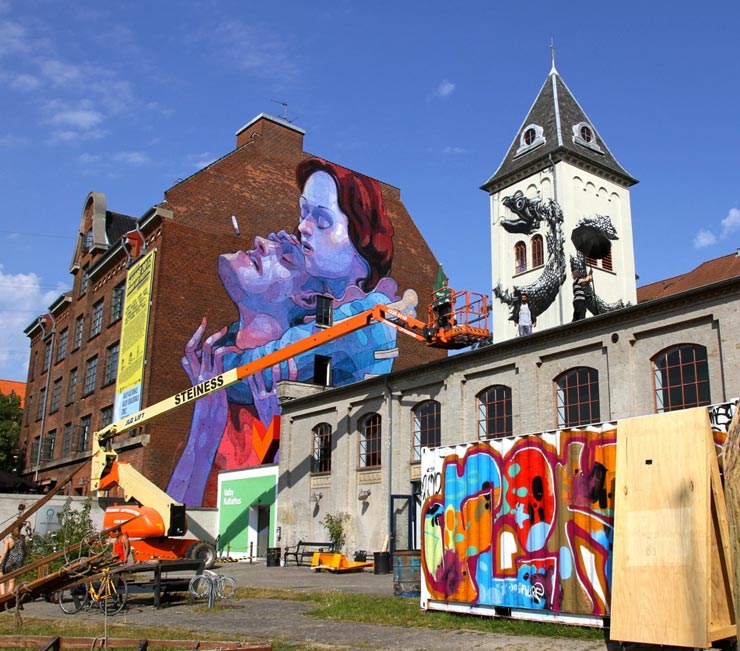 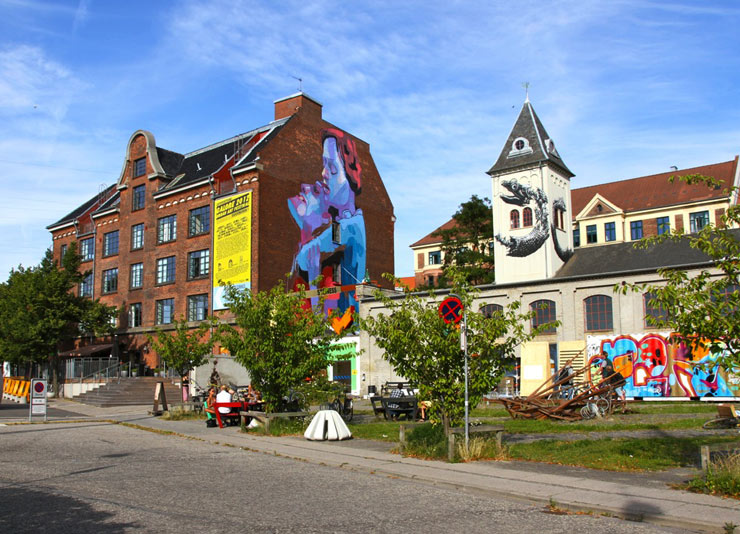 Italian Street Artist JB Rock created a giant wave last week on a 32 feet high by 65 feet tall wall in the small and quiet Tuscan town of Arcidosso, Italy. Participating in Alterazioni 2012, the town’s Art and Music festival, the artist used 15 different stencils of clenched fists and other hand gestures, repeating them more than 200 times to create his “Quiet Storm”. He says that part of his inspiration comes from the Japanese printmaking aesthetic, and this one in particular is in the style of the 19th Ccentury Master-Printer Hokusai. 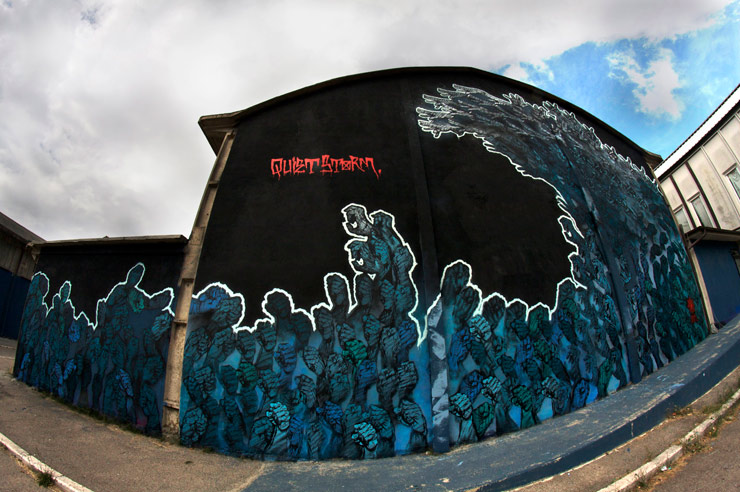 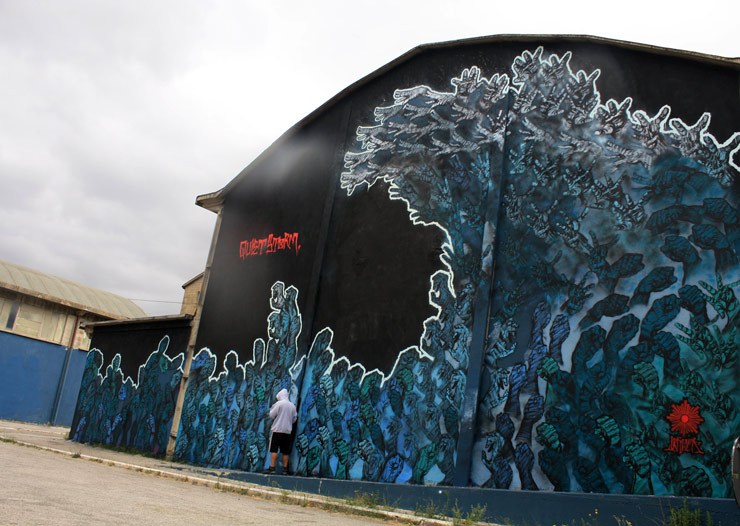 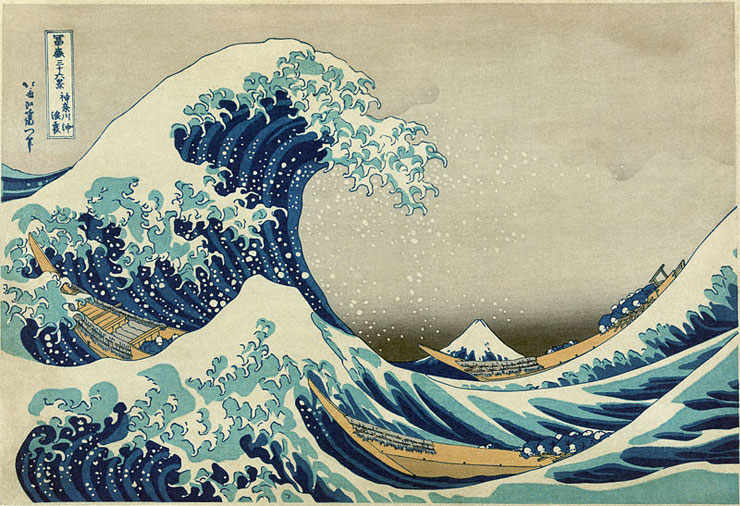 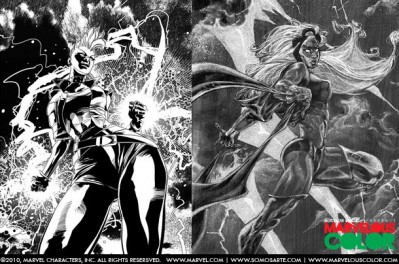 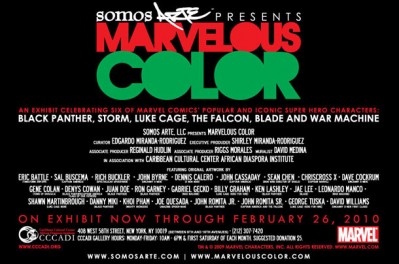 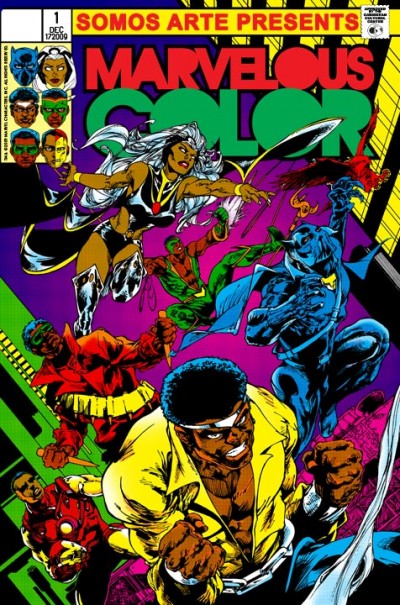