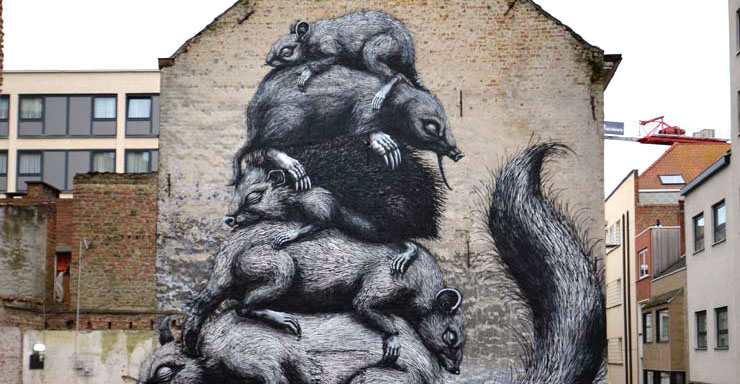 A ROA update today – with many exclusive photos here for BSA readers with personal pictures taken and selected by the artist himself.

The Belgian Street Artist, whom we long ago christened as an “Urban Naturalist”, has quite defined the category. He’s well traveled and well regarded. He can’t seem to stand still; Borders for him are an imaginary nuisance – or at least he would love them to be. By his own admission he is most at ease while up high on a boom lift battling a wall, or making friends with it. 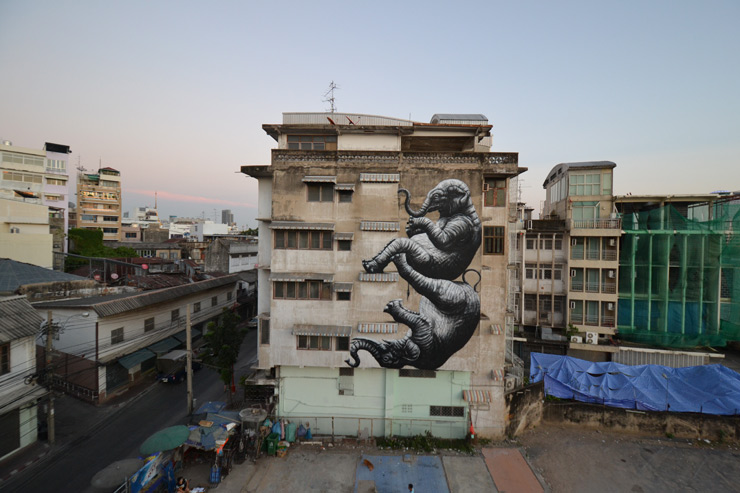 From highly commercial and corporate sponsored events to respected grassroots driven or socio-politically rooted organizations with whom he works, ROA brings the animal world into the conversation, sometimes tragically and other times comically. In an inter-connected view of the world and its various natural systems we somehow blind ourselves to our neighbors in the animal category. ROA makes sure that their voices are being considered in enormous and more subtle ways, giving them center stage and first billing.

Here are new pieces from Hawaii, New Jersey, Tahiti, Copenhagen, Italy, Denmark, Coney Island, Australia, Puerto Rico, Arkansas, Harlem (NYC), Bangkok, Dubai, and Belgium. Our sincere thanks to ROA for bringing us on this massive and glorious tour with him so far. 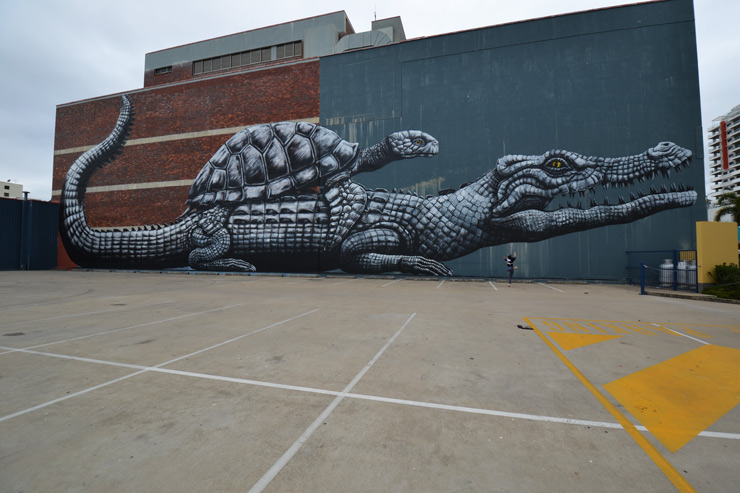 “Thanks Tegen for dancing in front of the Crocodile and Turtle” 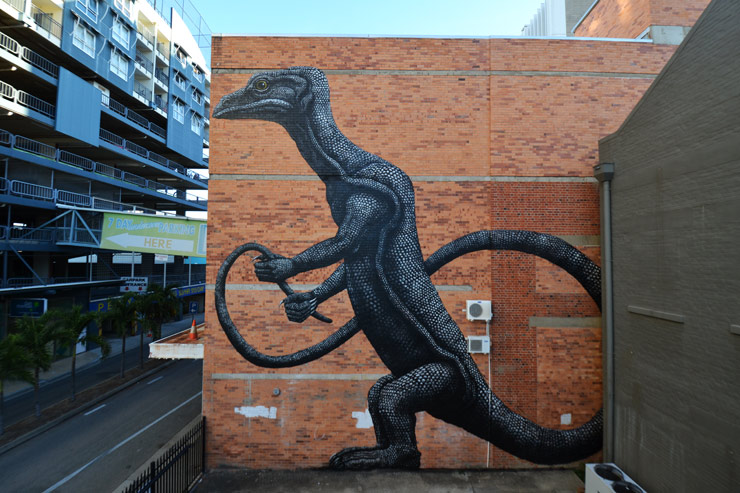 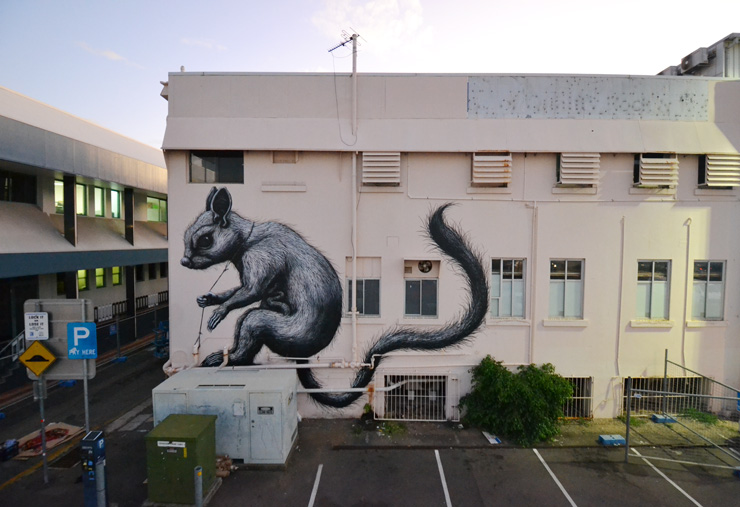 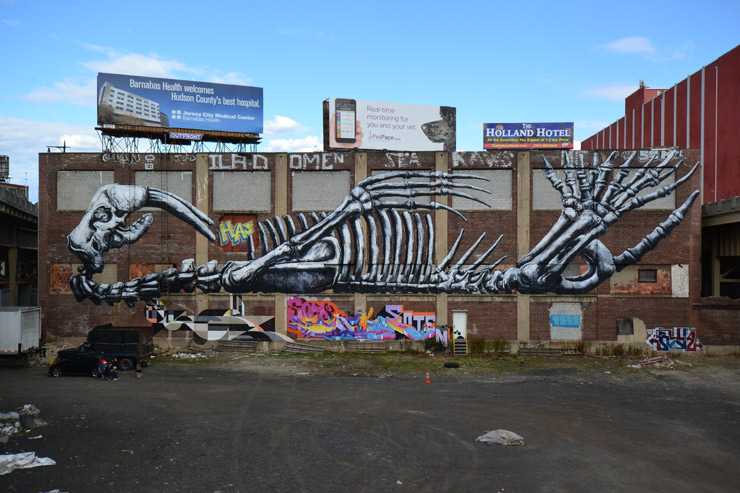 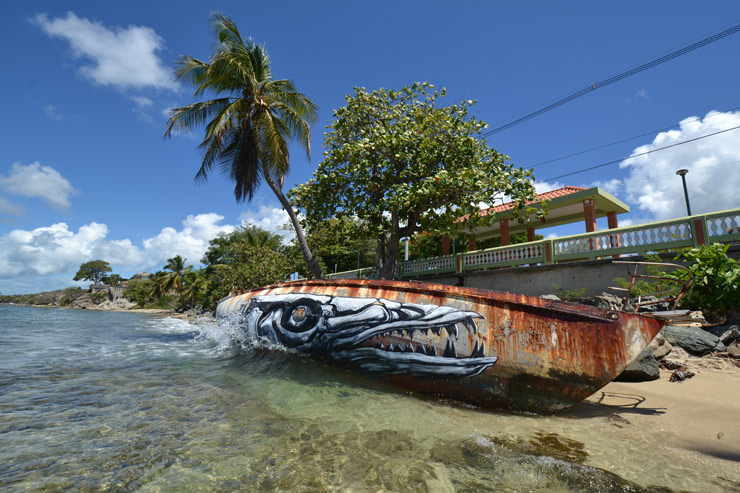 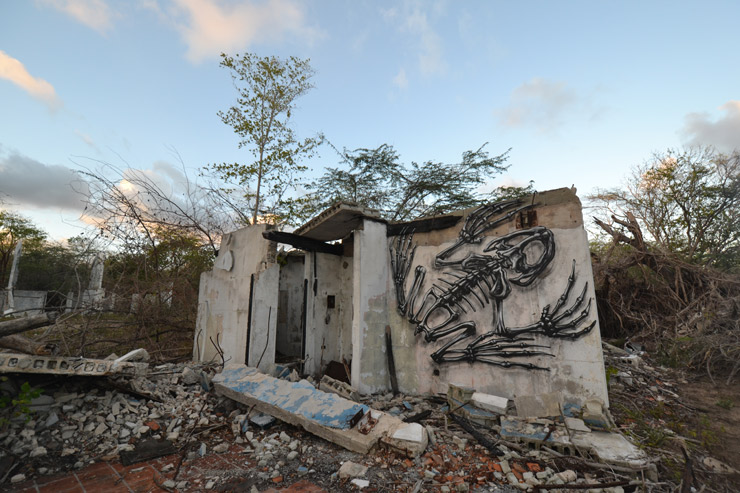 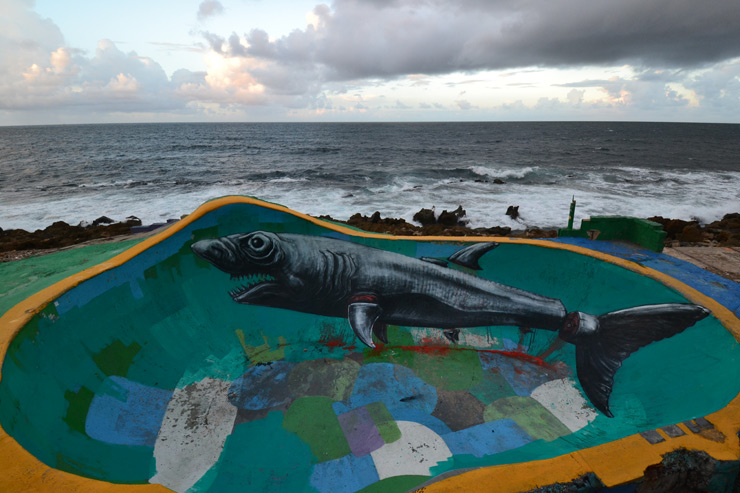 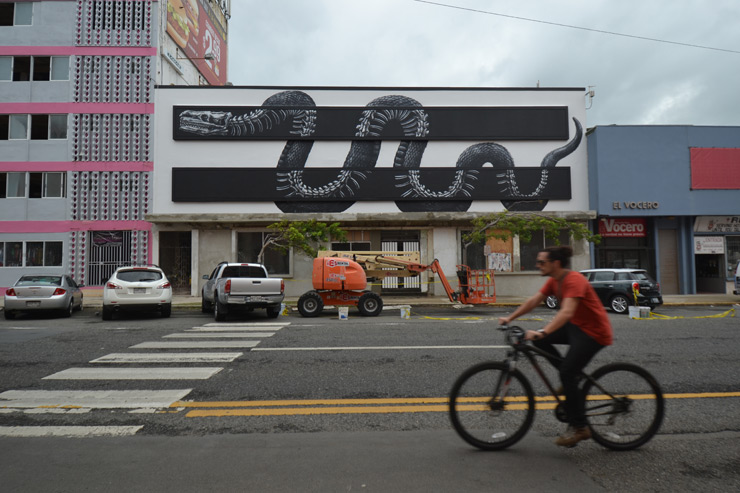 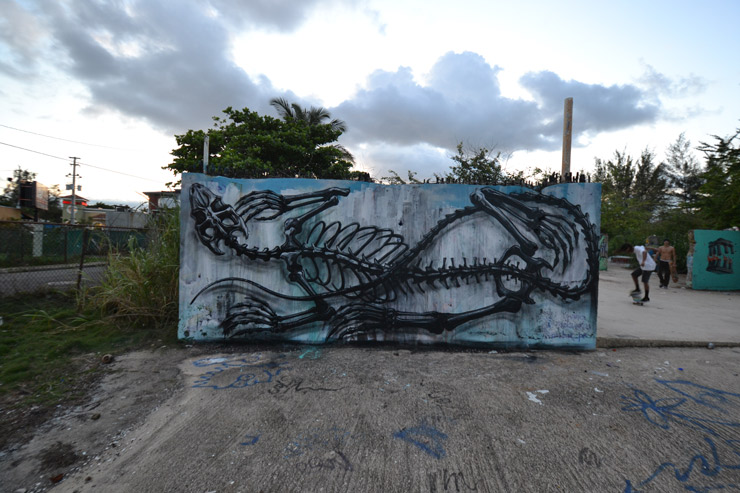 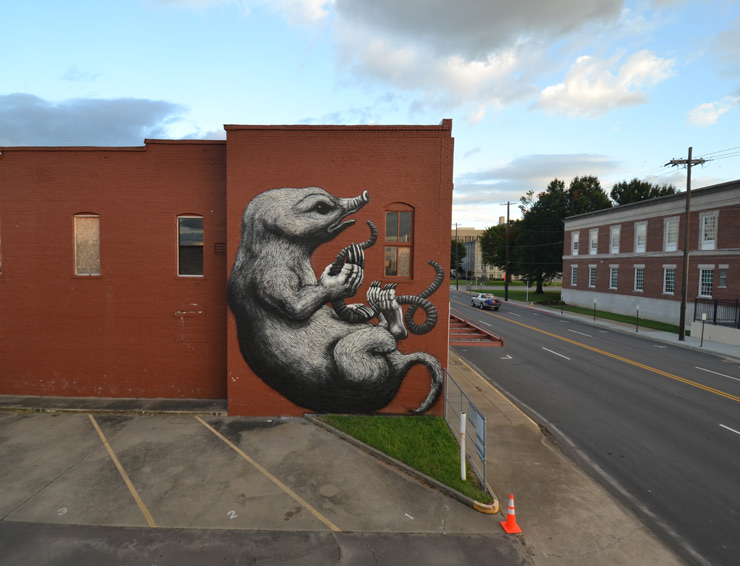 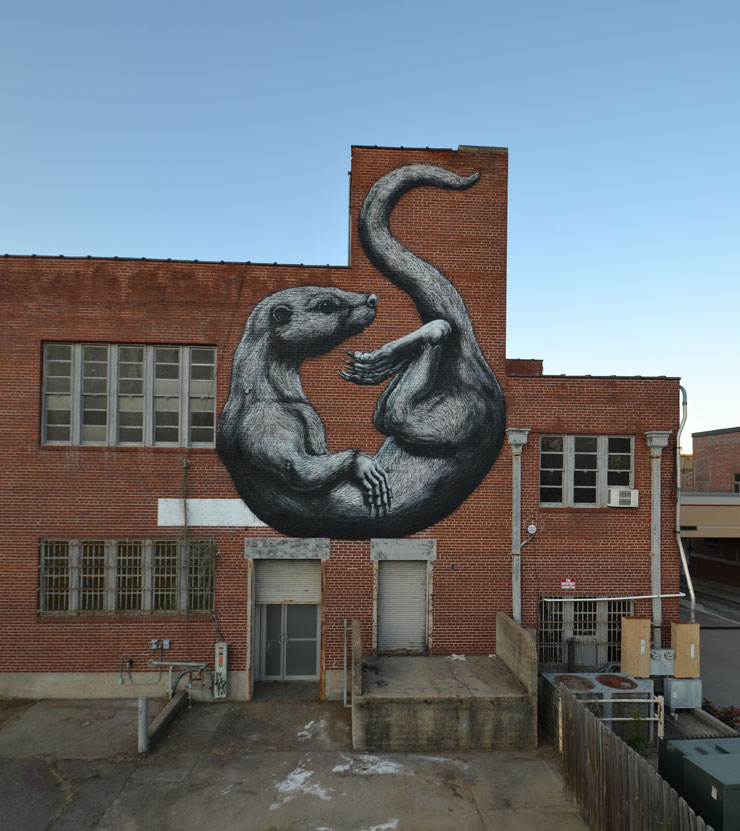 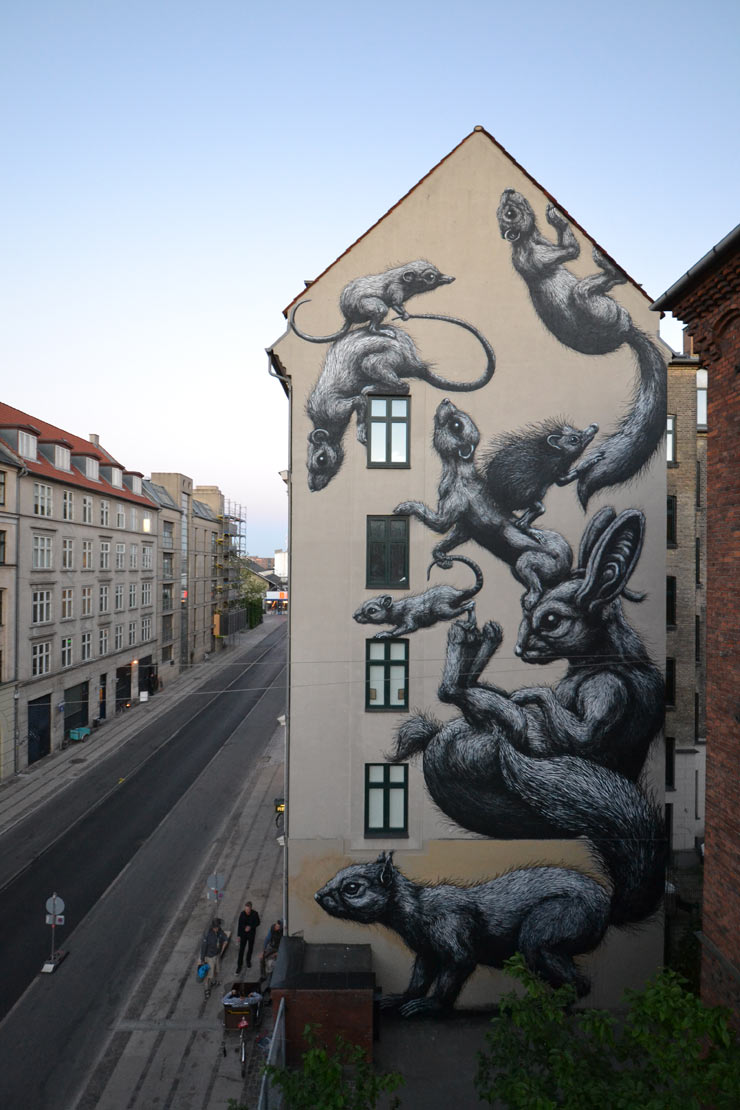 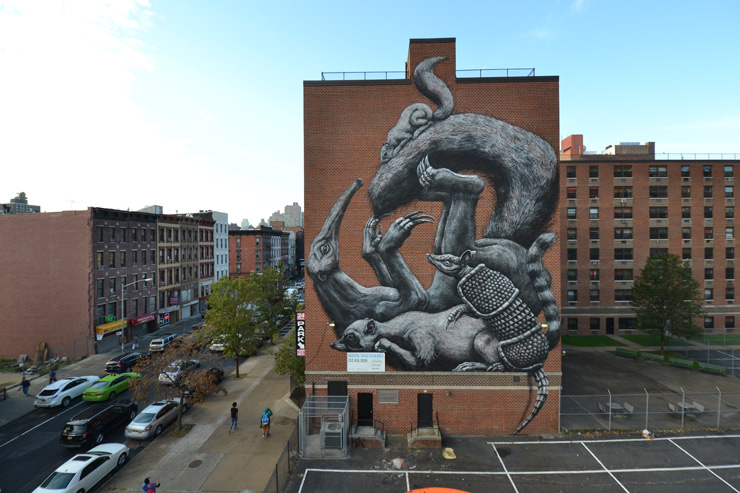 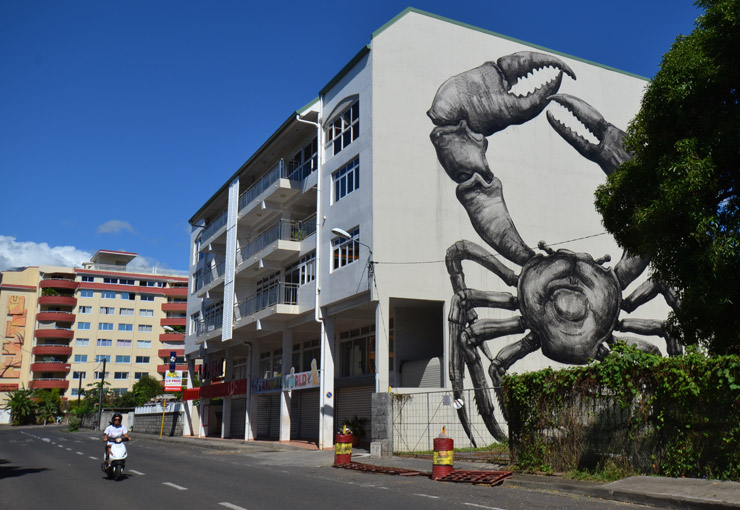 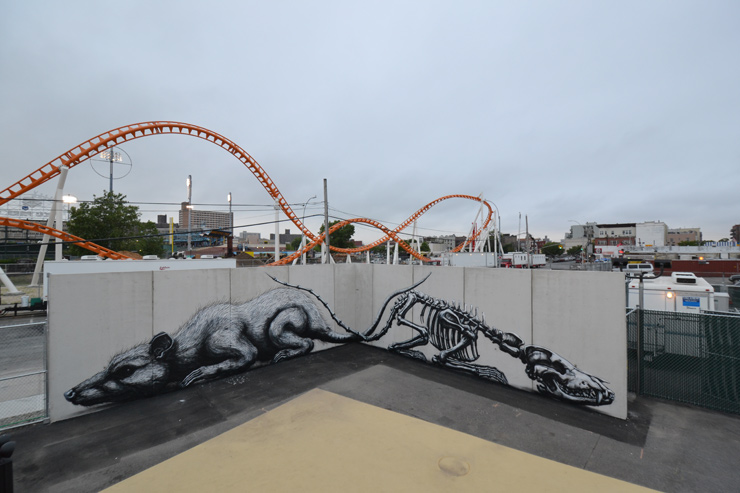 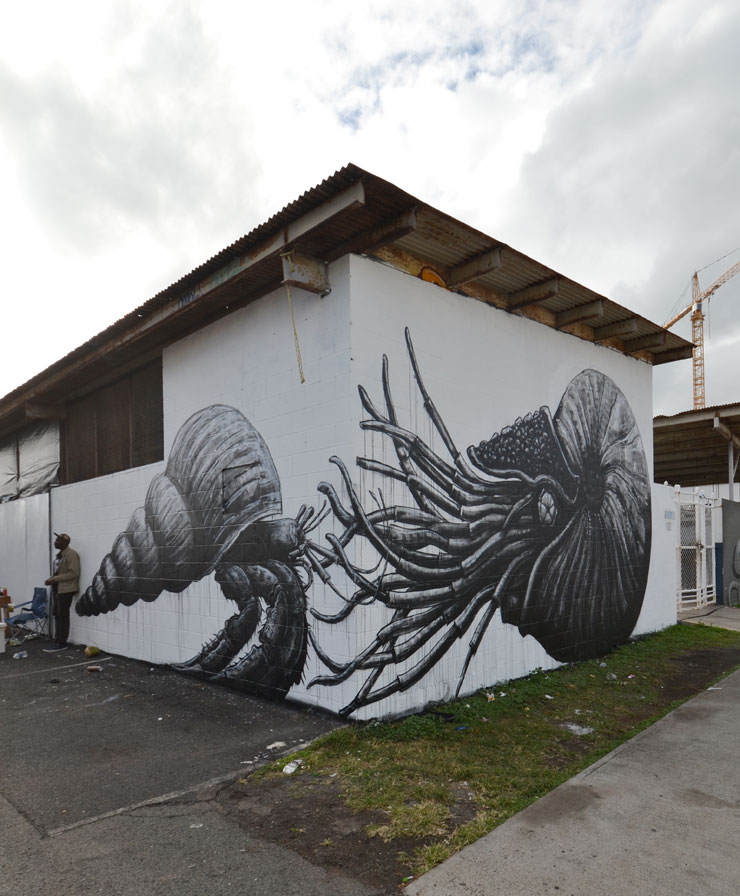 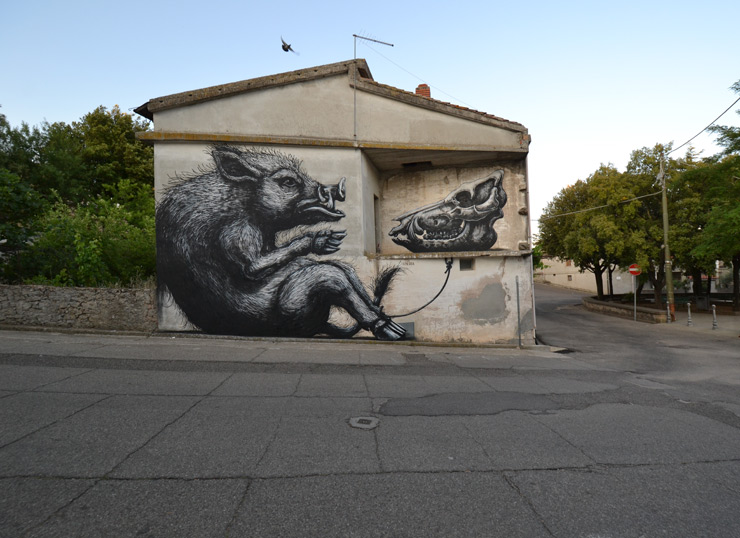 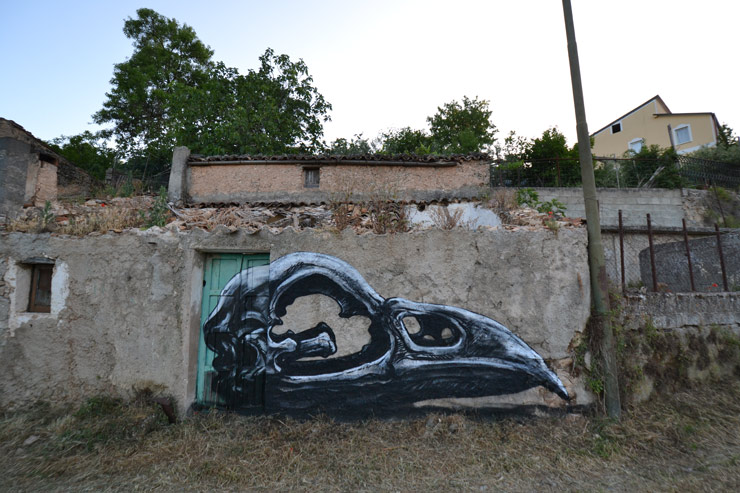 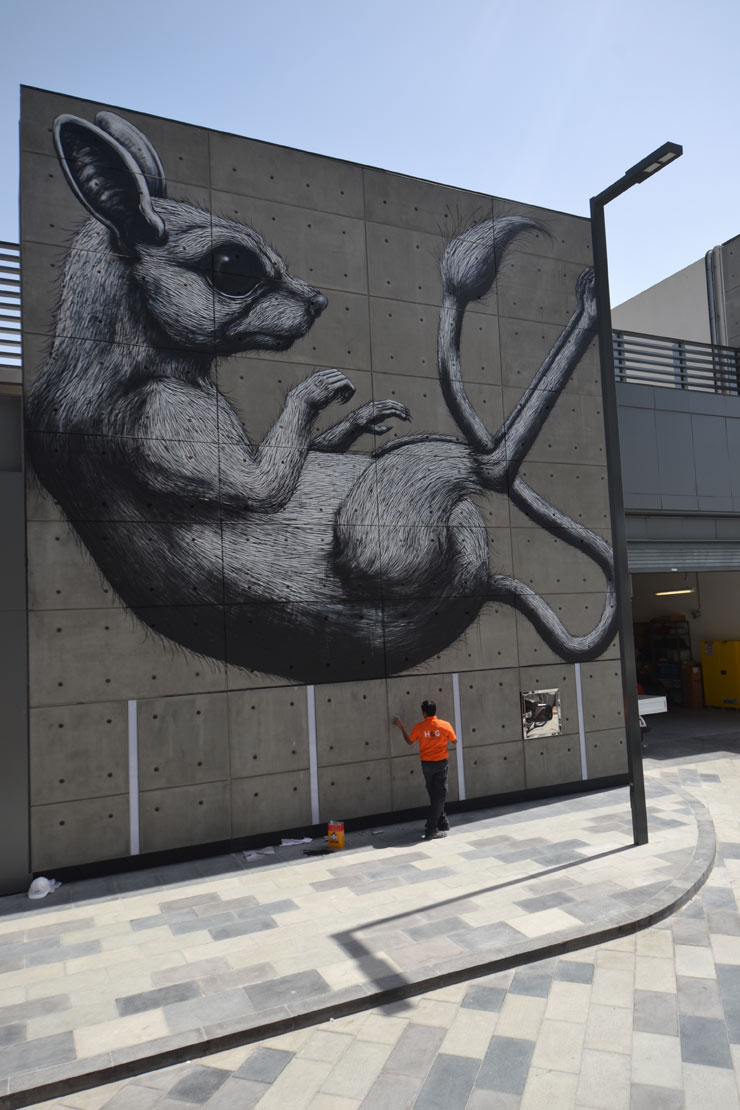 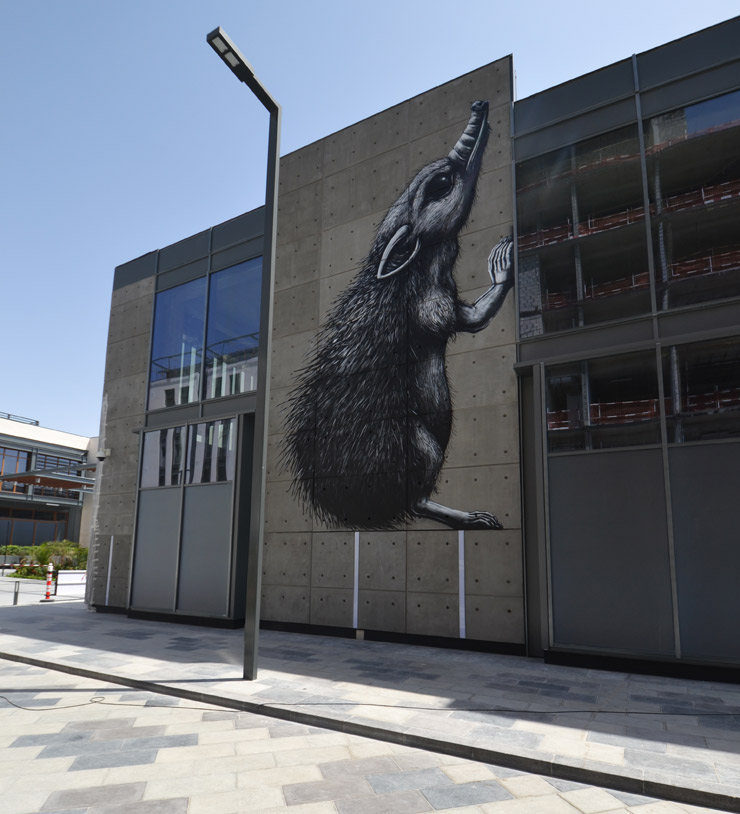 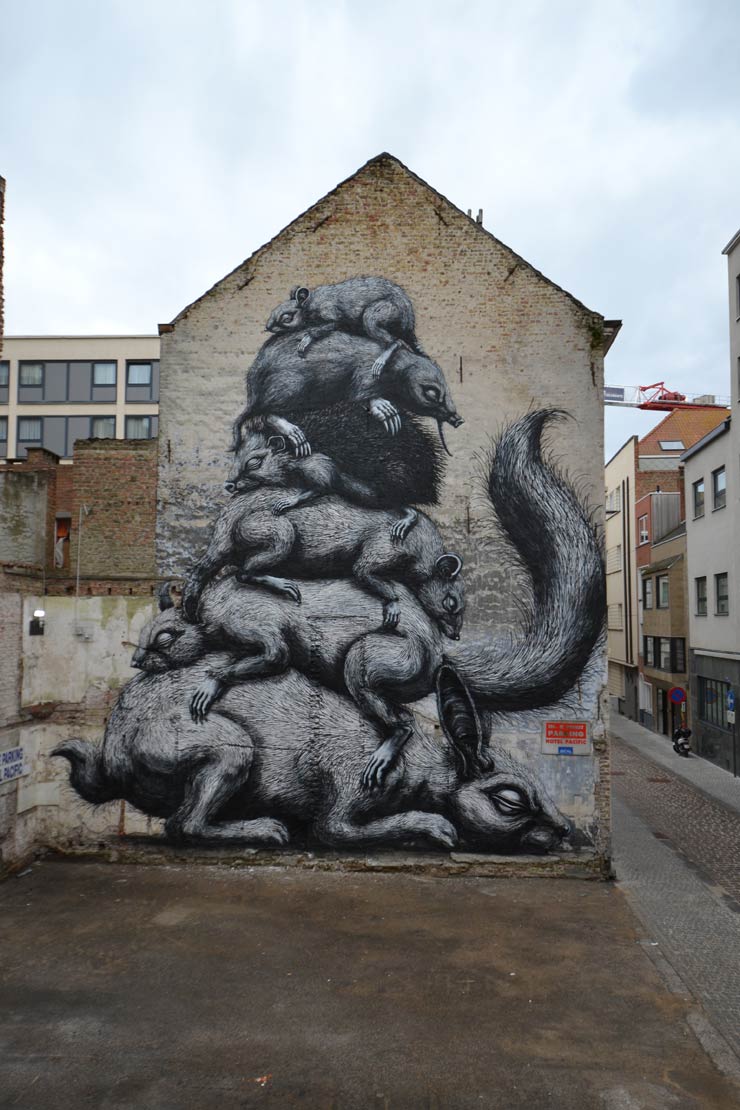 Skount "Tempus Fugit" : Time Waits for No Person
Spanish Skount in the Netherlands wonders today about the evaporation of time, ever slipping from your fingers. He says his new mural, of which he has done perhaps a hundred that we know of over ...
Italian Street Artist in Navajo Nation: Gola Hundun Finds the Mountain
Today is #indigenouspeoplesday - but of course we talk about them more often than this. The Native American people of the Southwestern United States are called the Navajo, or the Diné. Italian spiri...
"Aliens, That's What They Called Them"- Molly Crabapple on the Streets
"I left all my memories in Syria, so there's nothing left to take". "Husband works in construction. Husband salary depends on luck, waits on side of the street to get picked". "Prefer by land, ...
BSA Images Of The Week: 11.18.18
So here is our weekly interview with the streets, this week featuring Boy Kong, Chris RWK, City Kitty, Damien Mitchell, Jay Moon, Kashink, Kirzak, Liu Long, MeresOne, Myth, Raf Urban, Squid Licker, Th...
BSA Images Of The Week: 10.07.18
This week Banksy shredded his piece at Sotheby’s and Kavanaugh was approved to shred your future.  Dang, a lot of people got seriously punked bro. Other than that we have to say to New York, we...
Australia Bangkok Belgium Brooklyn Brooklyn Street Art Chrystal Ship Coney Art Walls Coney Island copenhagen Denmark Dubai Dubai Walls East Harlem El Barrio Featival ONO'U Forth Smith Arkanasas Hawaii Italy Jaime Rojo Jersey City Jonathan Levine Gallery Just Kids Residency Mana Contemporary Monument Art New Jersey Odense Harbor Ostend Perc Tucker Gallery Pow Wow 2015 Roa Sadali San Juan Puerto Rico Sardinia Søren Solkær Steven P. Harrington Surface Tahiti - Papeete Thailand Townsville Vieques