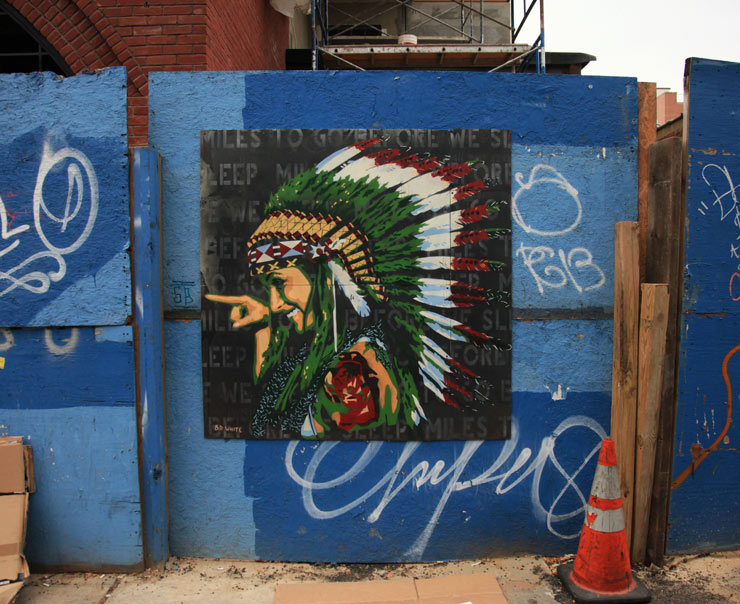 Dang, this city is full of a lot of energy and the streets are showing a new-found enthusiasm for art in the public sphere since getting goosed by _____________ (we can’t say that name one more time).  And we have a new mayor, by the way, straight outta Brooklyn, yo. And he’s not a billionaire for the first time in 12 years and his family looks just like New York. 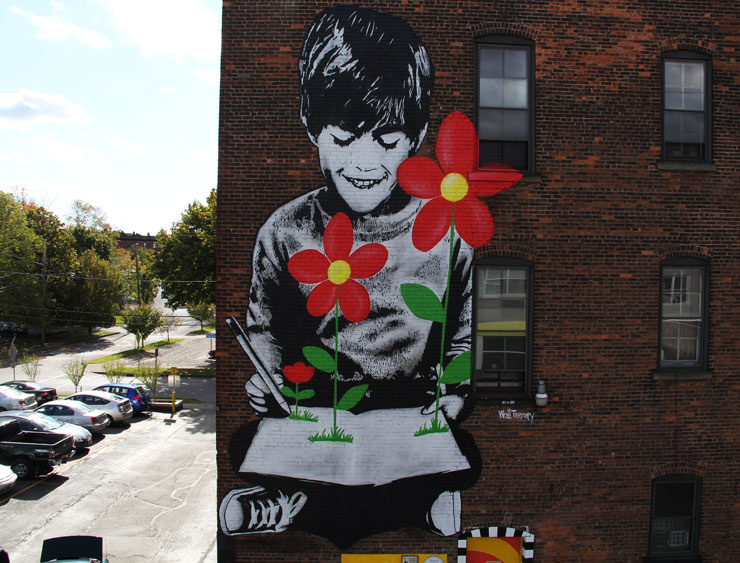 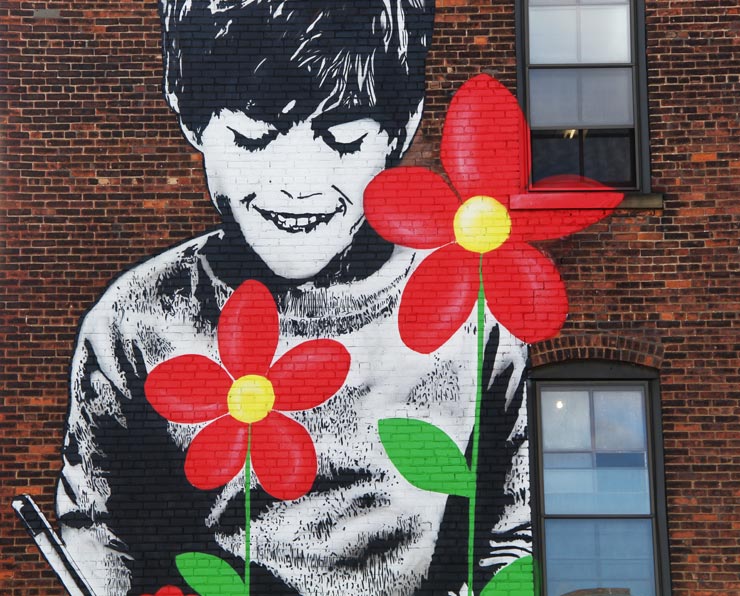 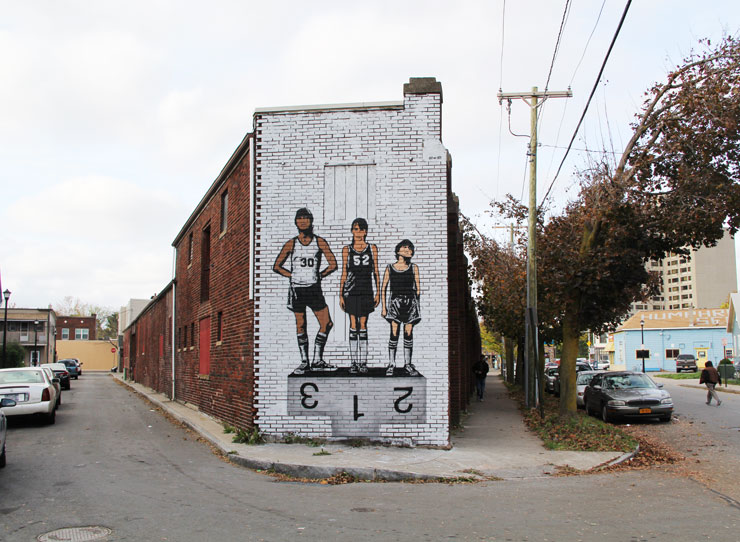 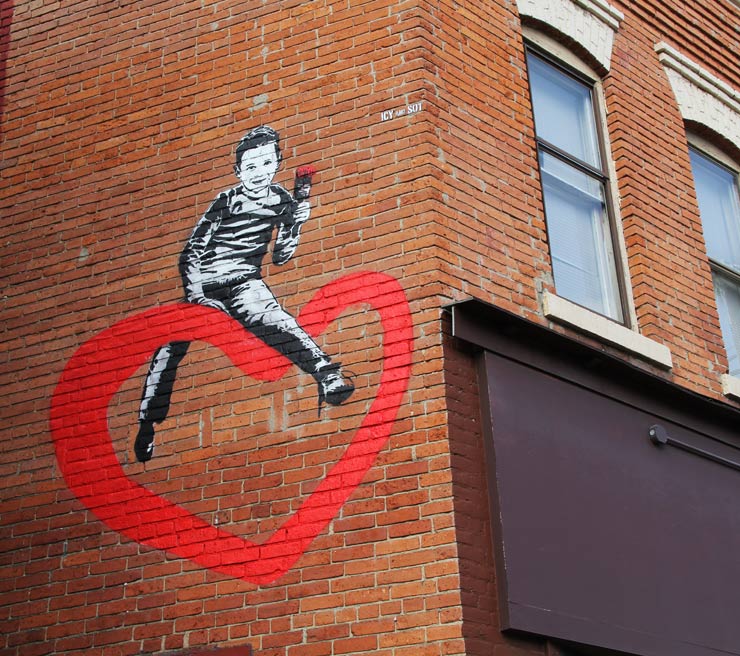 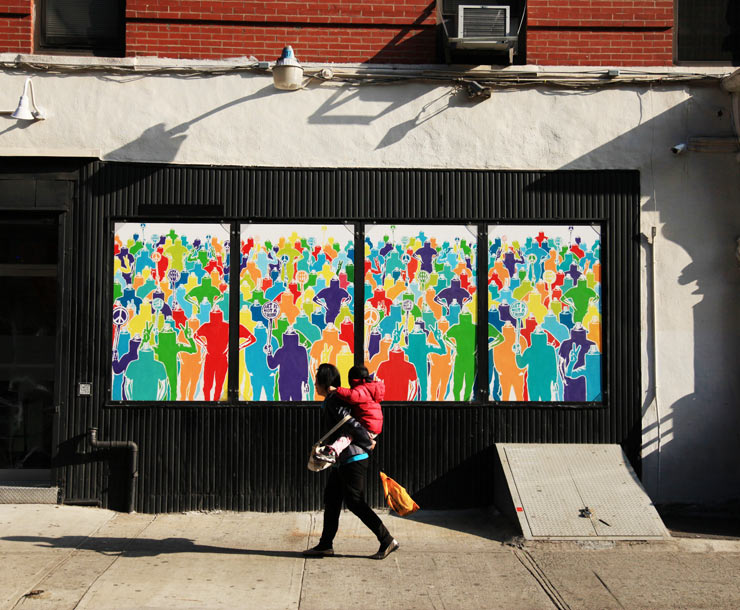 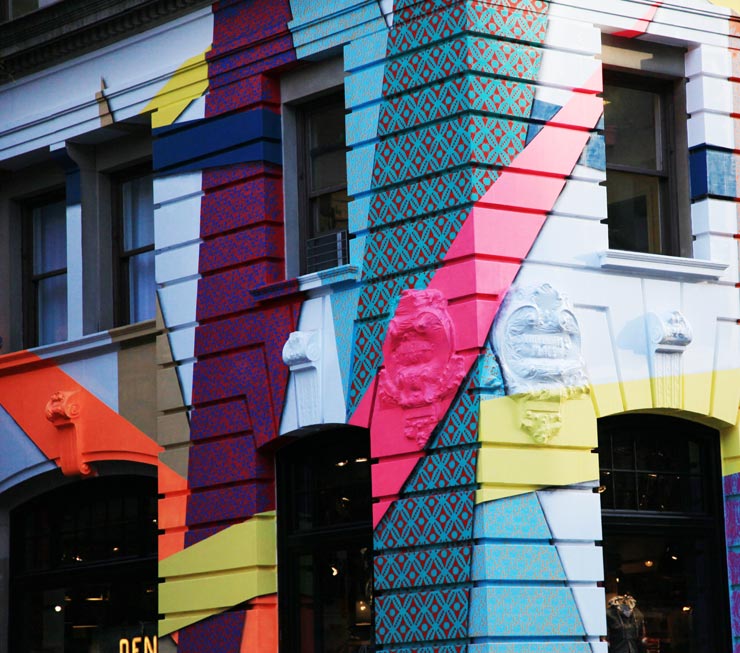 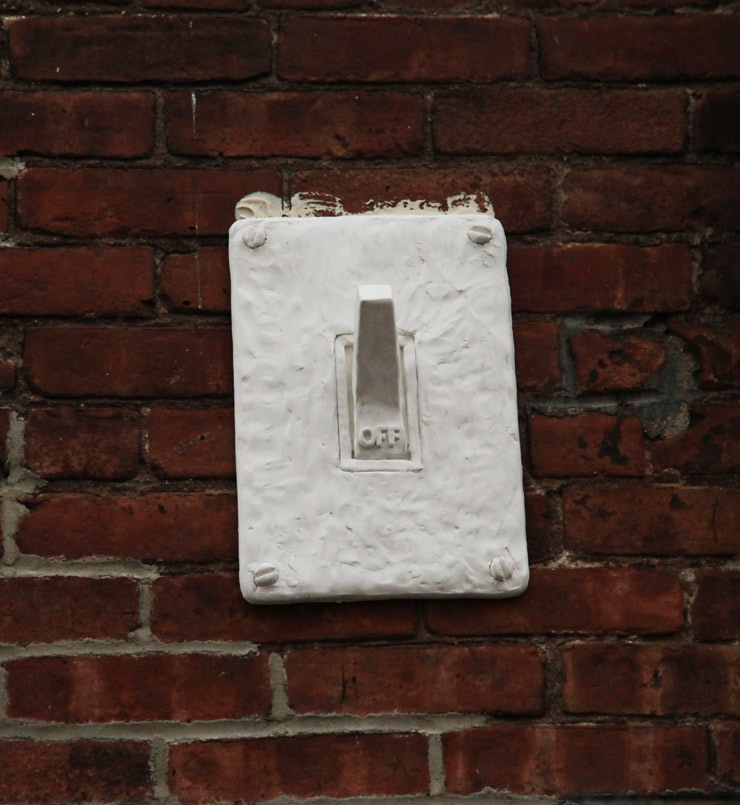 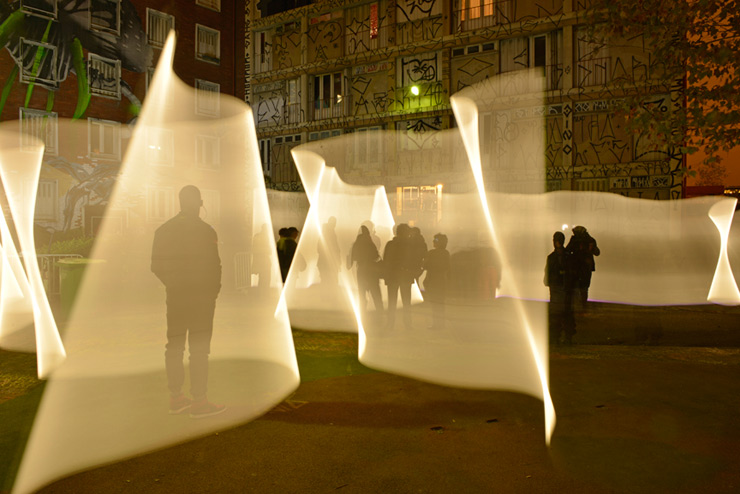 You wonder how the above image was accomplished? Check out this interview with the artist Vicki DaSilva, who has loved graffiti for decades and has found a way to express her appreciation for art and activism in the public sphere using her own unique approach. 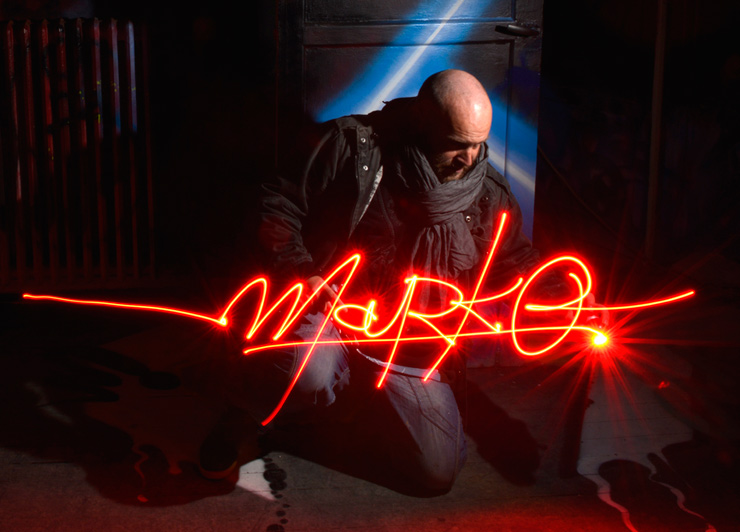 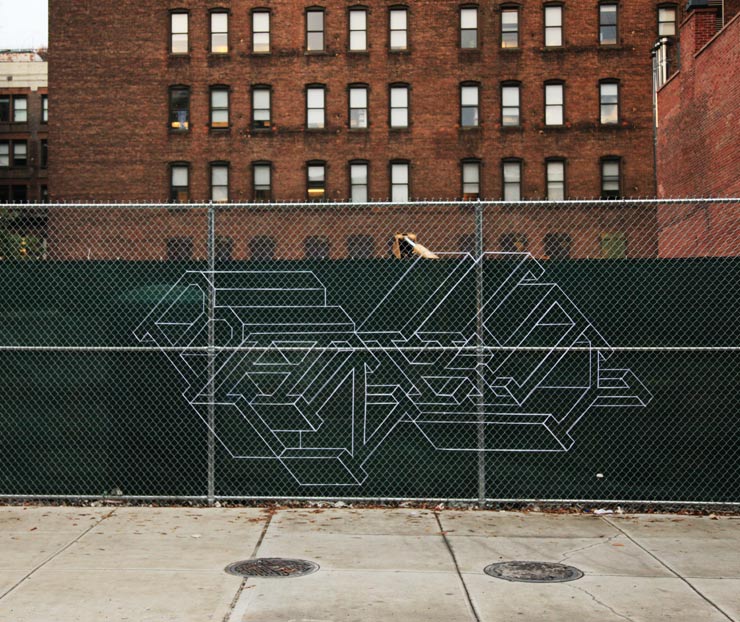 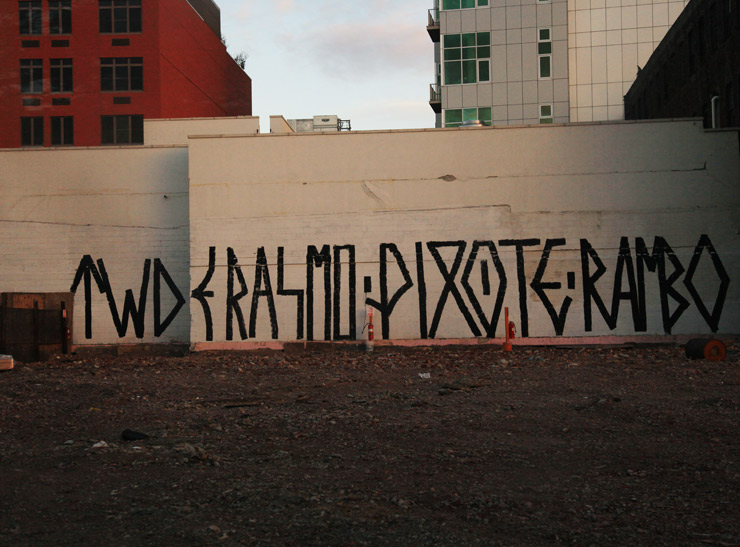 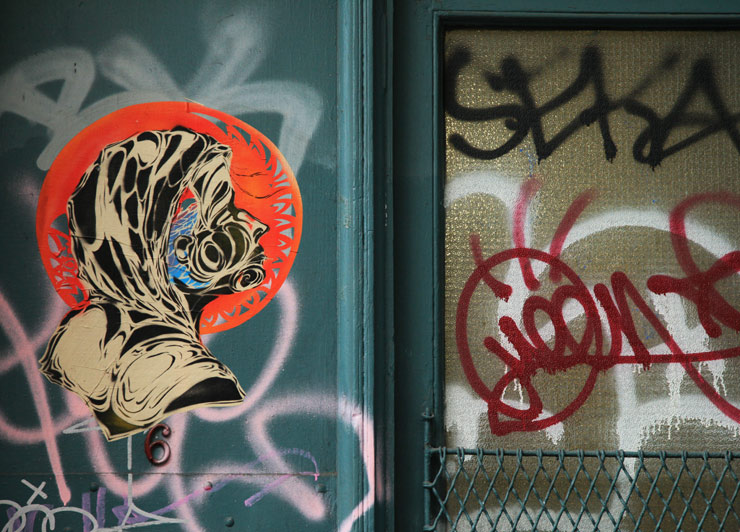 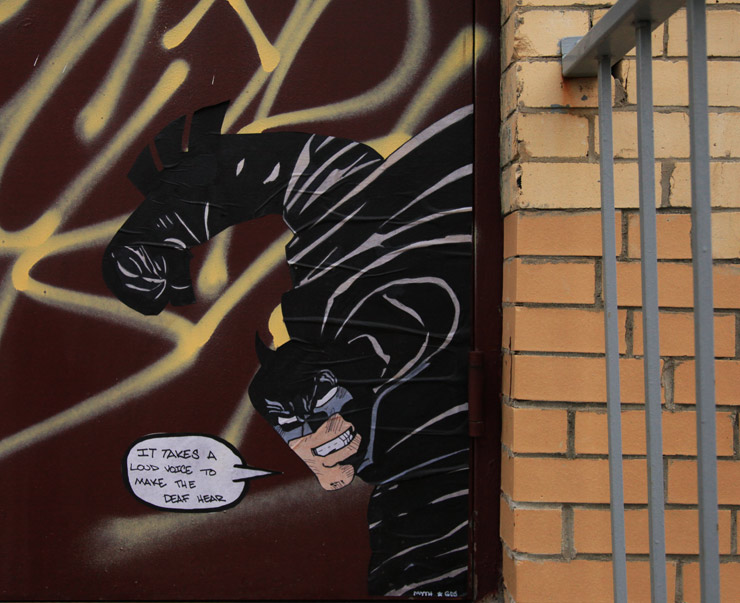 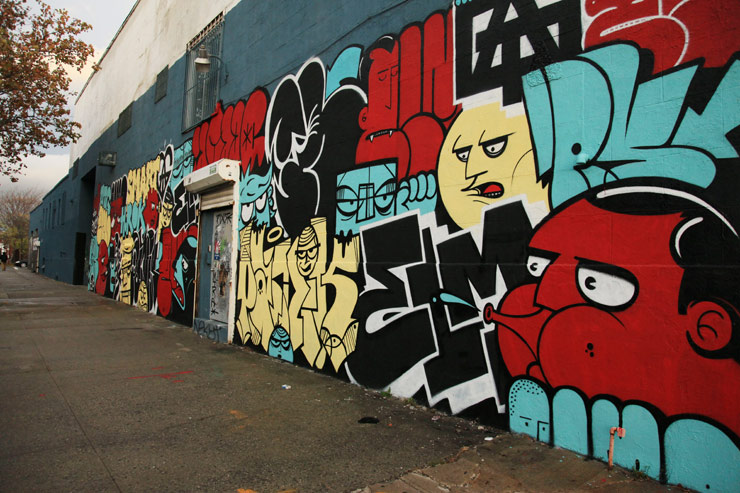 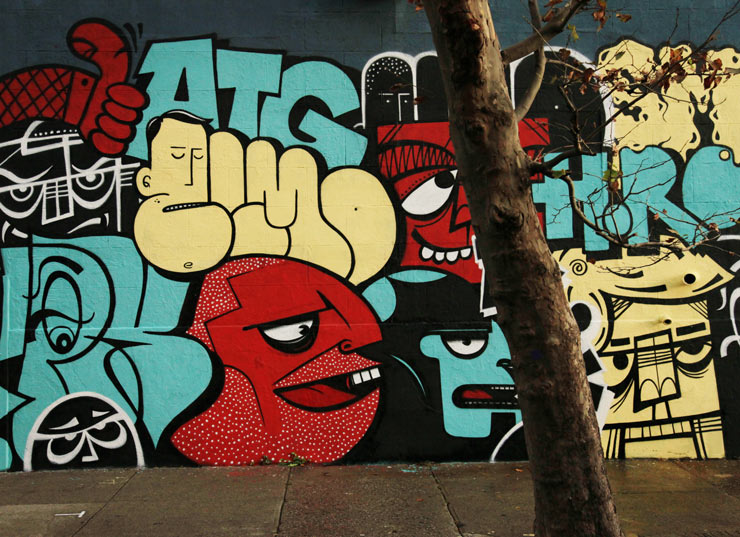 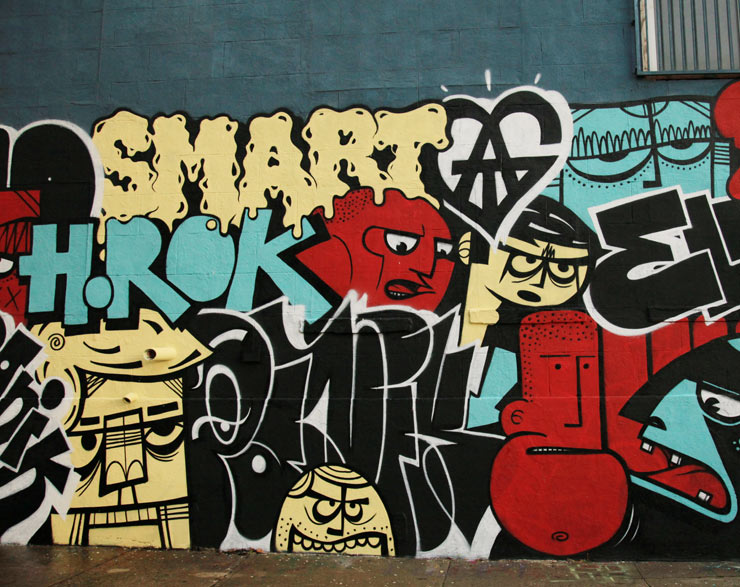 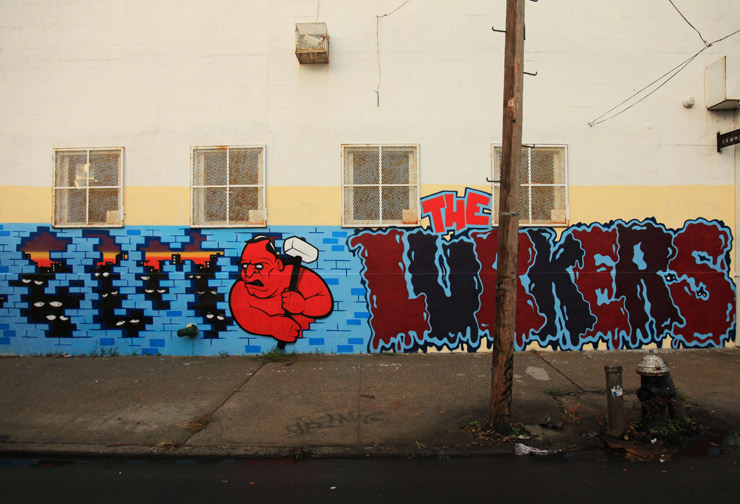 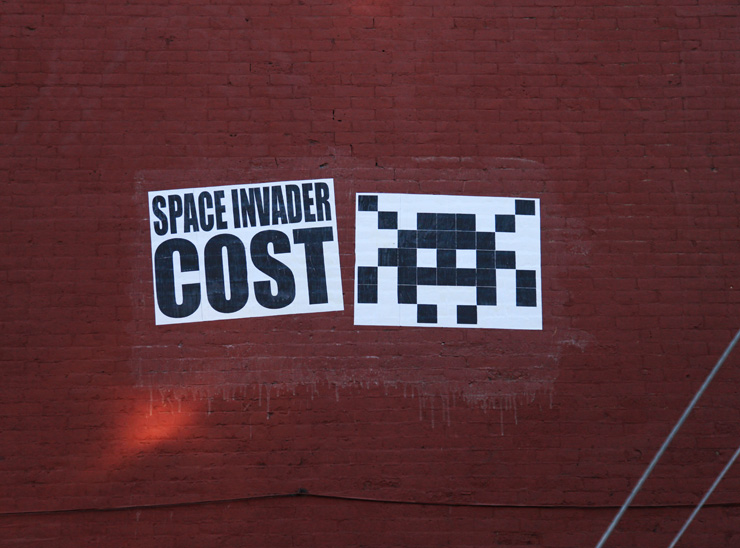 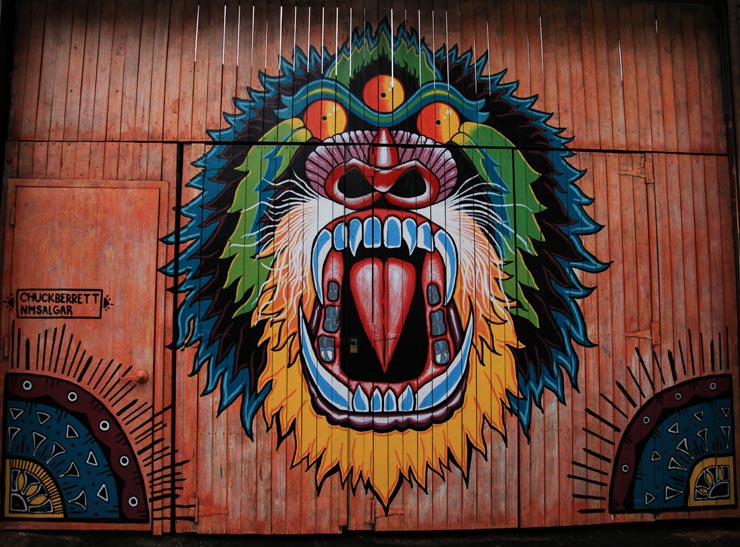 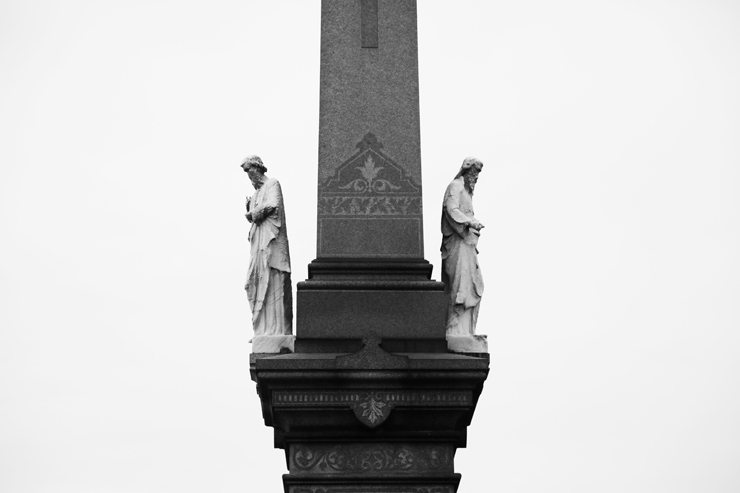 French Artist COMBO Wants You To Smoke...POT
French Street Artist and media-savvy prankster COMBO is back with a new street art and social media campaign to affect what he calls “a bourgeoise hypocrisy that reminds us of alcohol prohibition”. E...
Logan Hicks Creates "Sailor" His Largest Stencil Piece Ever
"The Workhorse" gallops through Brooklyn and Sets Another Record Stencil artist Logan Hicks completed his largest stencil to date today on the streets of Brooklyn. Then he posed for a few photos and r...
Images Of The Week: 03.02.14
Our piece on the visiting guests from Afghanistan got a lot of attention this week, as well as the Kiev sculpture by Roti, perhaps because of the ongoing powder keg in Ukraine. It is as if globa...
One Artists' Mission to Save Endangered Species: Louis Masai Completes "The Art Of Beeing" Tour
9 weeks, 8,000 miles, 20 murals, 13 cities. Dozens of species going extinct every day. Those are some telling statistics for Street Artist Louis Masai as he completes criss-crossing the United St...
BSA Images Of The Week: 08.18.19
Icy cold coquitos, sidewalk barbecues, walking for hours in Central Park, music booming from party boats on the East River, a birthday party with 30 on the roof. Who can resist New York in the su...
B.D.White Brooklyn Brooklyn Street Art Chuck Berrett Cost France Hellbent Hot Tea Icy & Sot Invader Jaime Rojo Le Tour Paris 13 Manhattan Marko93 MOR Mr. Toll Myth NM Salgar NYC Paris Rambo Rochester Smart Crew Steven P. Harrington The Lurkers Vicki DaSilva Wall / Therapy 2013