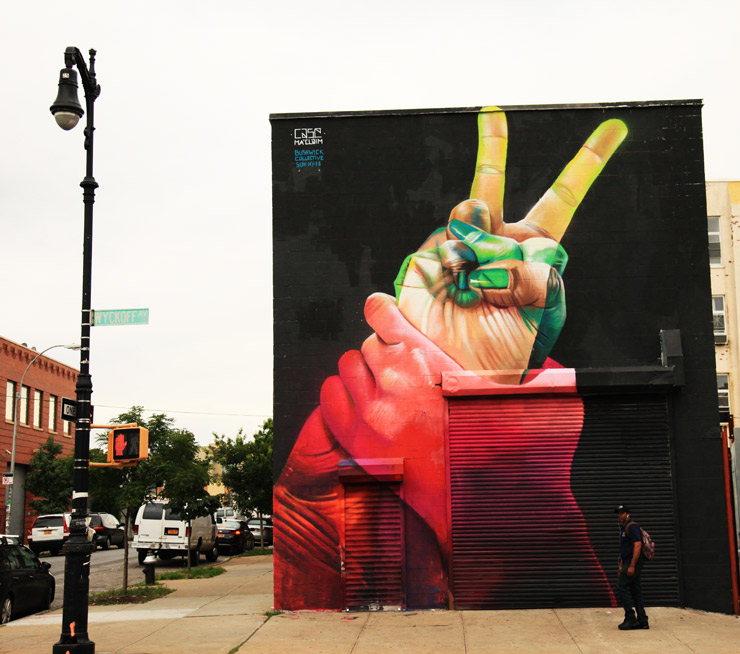 Boy did you smell the rotting hot winds blowing hard through Brooklyn this week? Makes you want to wash the ick off doesn’t it? Ballooning above the fetid stench of decaying garbage in dumpsters and drunken late-night urination, a distinctly bloated snorting powdery heat rose from Duane Reade Island and came across the East River, bringing with it a rather Coney Island-style circus of crusty hot air mixed with a whiff of braying pomposity. Luckily, it was a brief blast of the gaseous odor, dissipating quickly back into irrelevance and the now clean cool air has returned. At least as clean as the BK can muster.

As we do every week, here are a selection of new work that has arrived as we celebrate the true spirit of creativity and the community that has always buoyed us, no matter the weather. As usual, we’re happy to be right here with you on the stoop, hopefully staying cool. 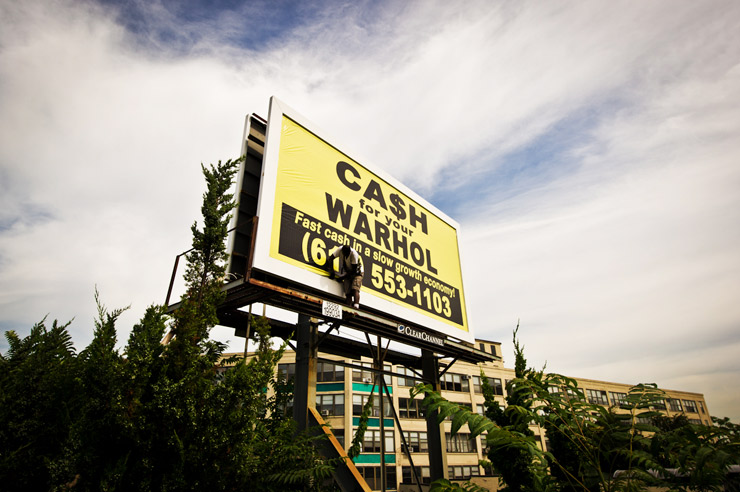 Cash For Your Warhol in Somerville, MA (photo © CFYW) 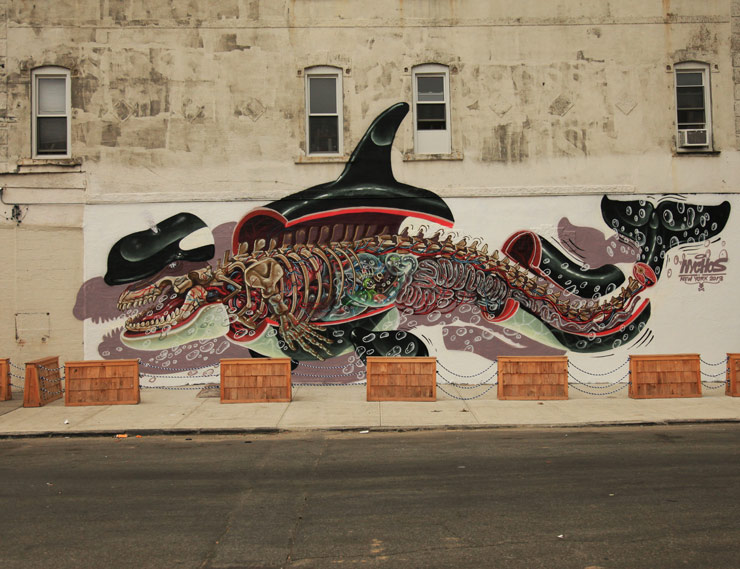 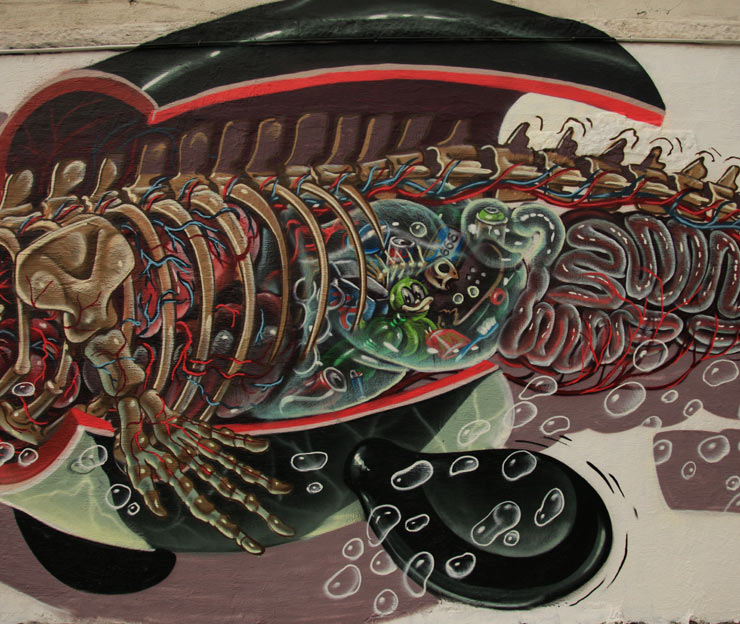 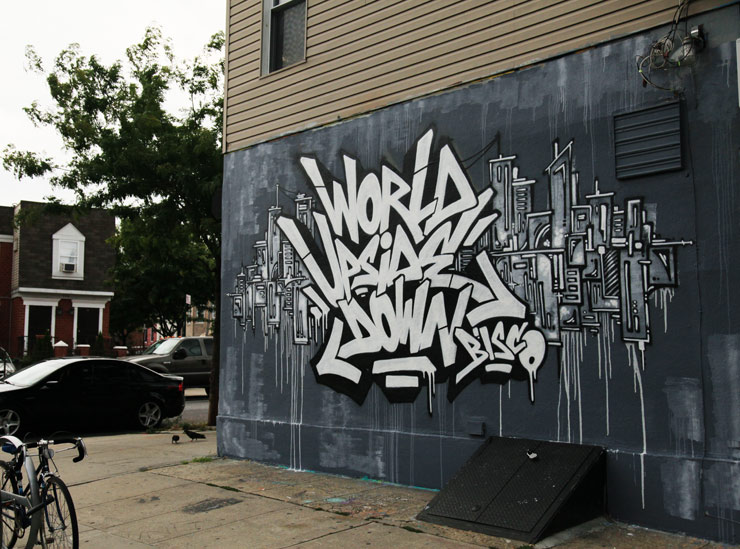 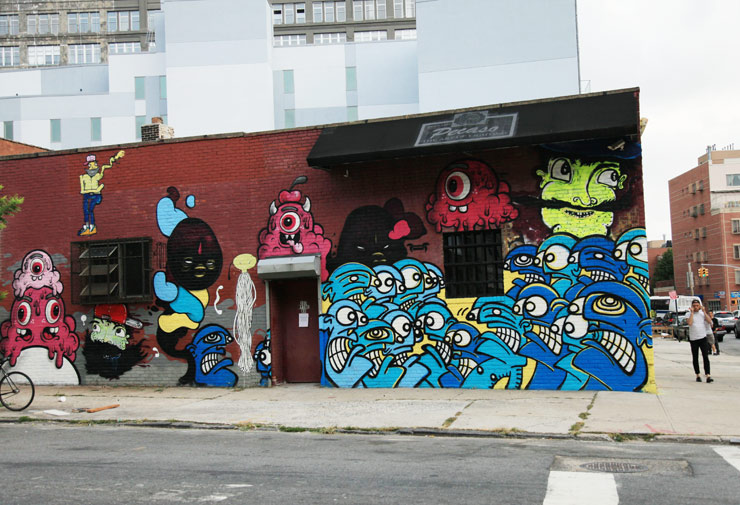 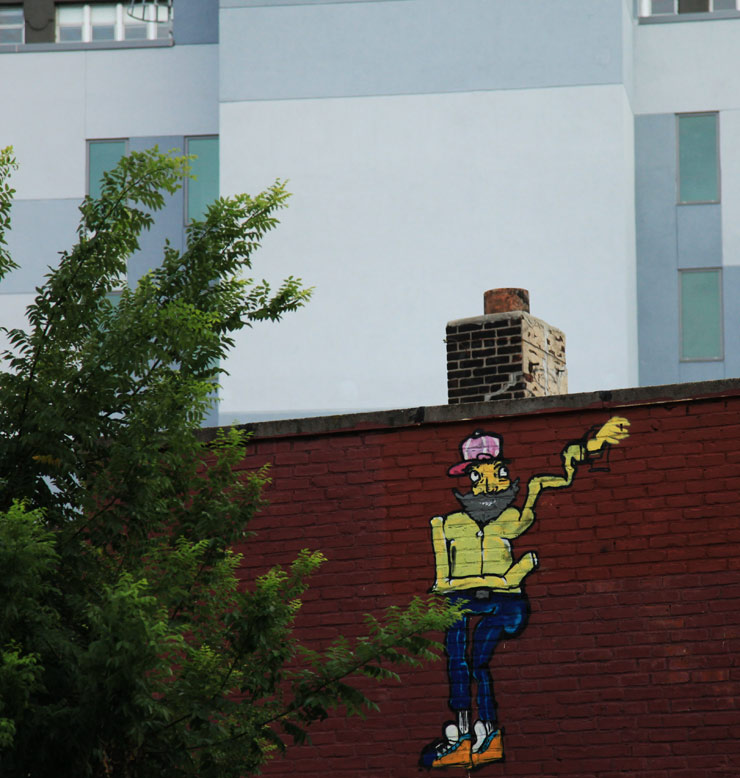 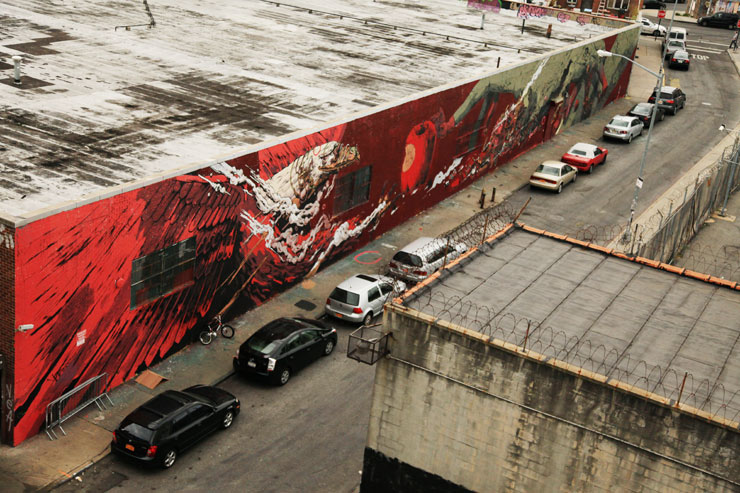 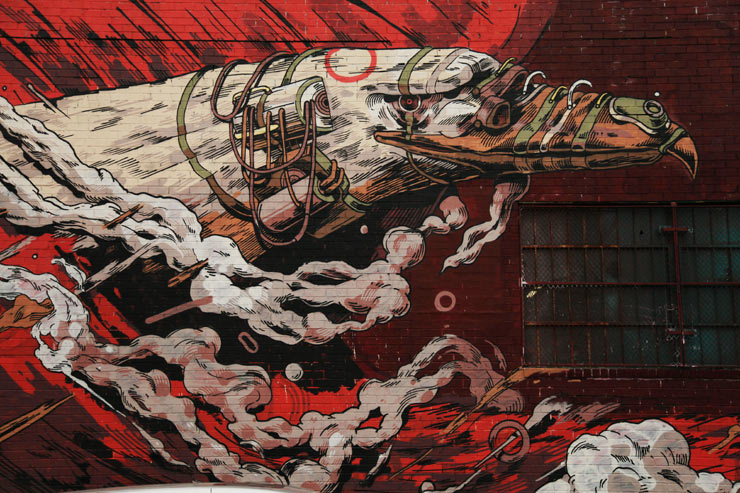 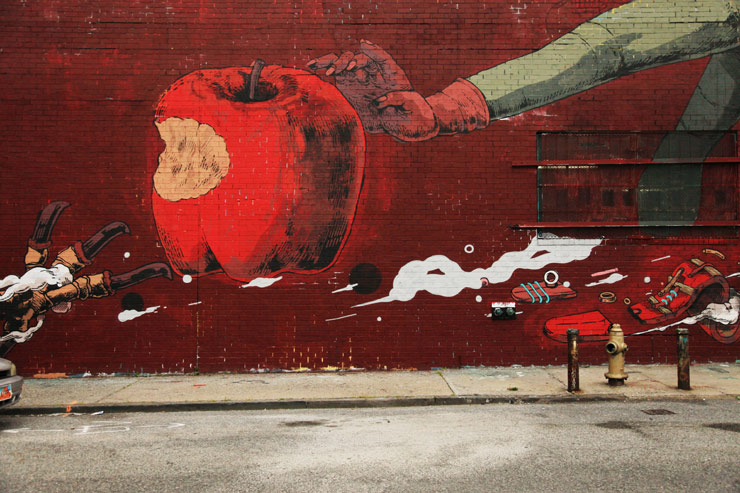 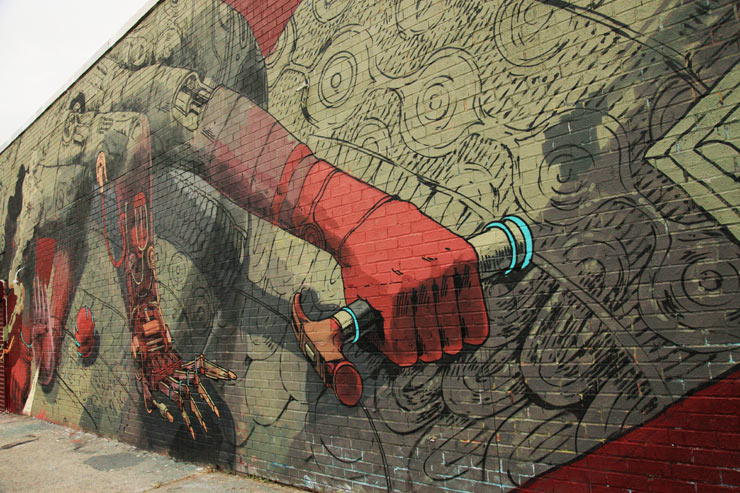 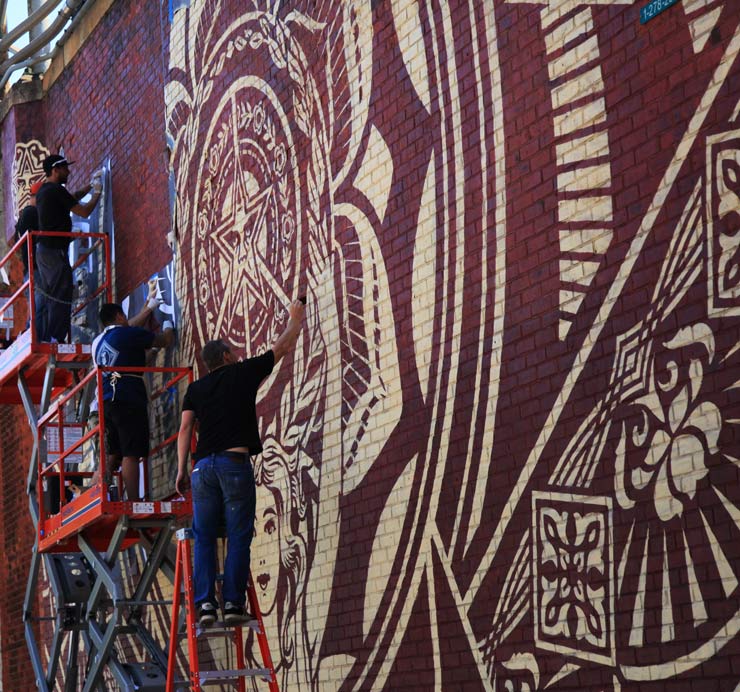 Shepard Fairey with his crew in DUMBO. (photo © Jaime Rojo) 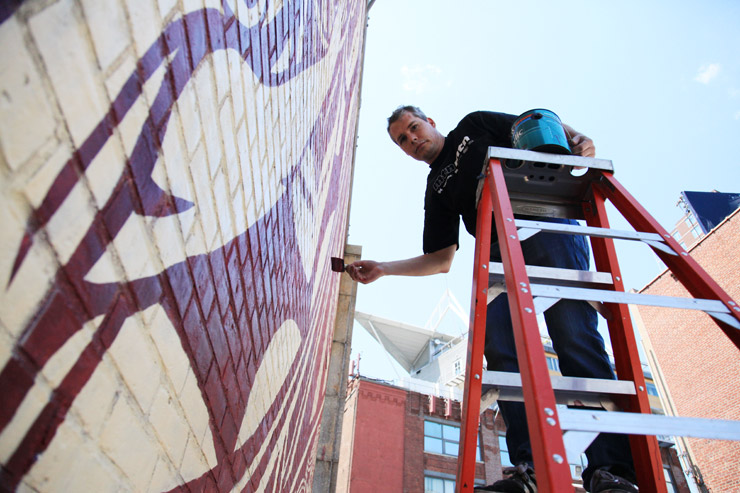 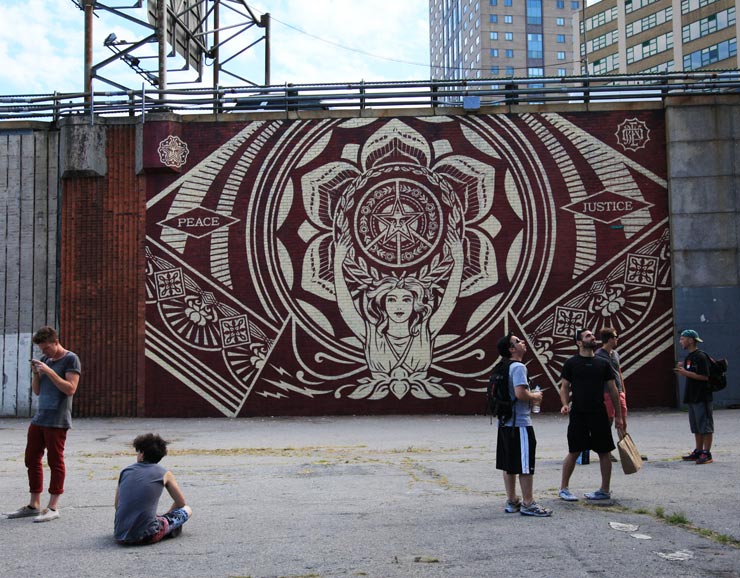 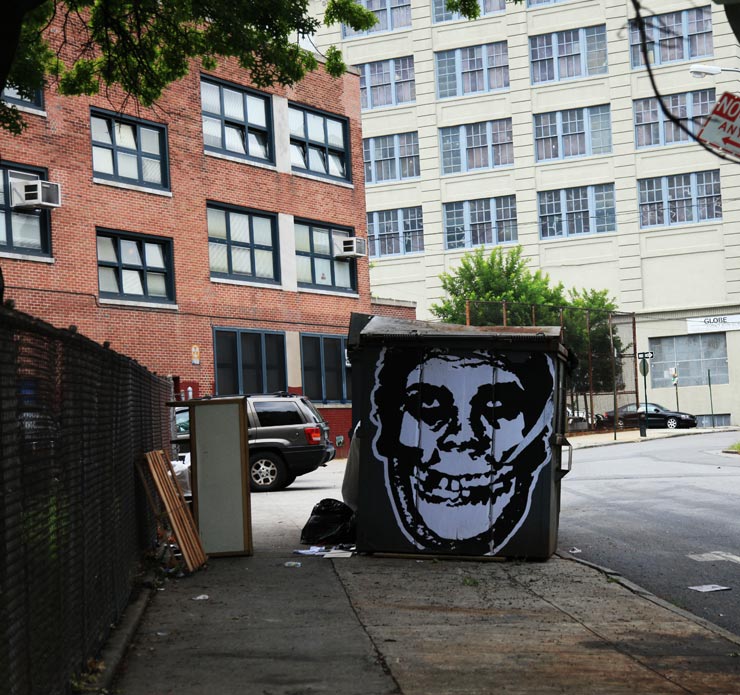 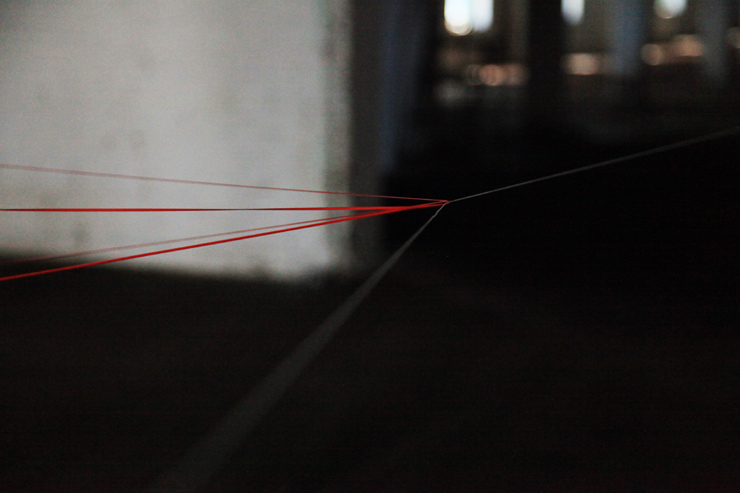 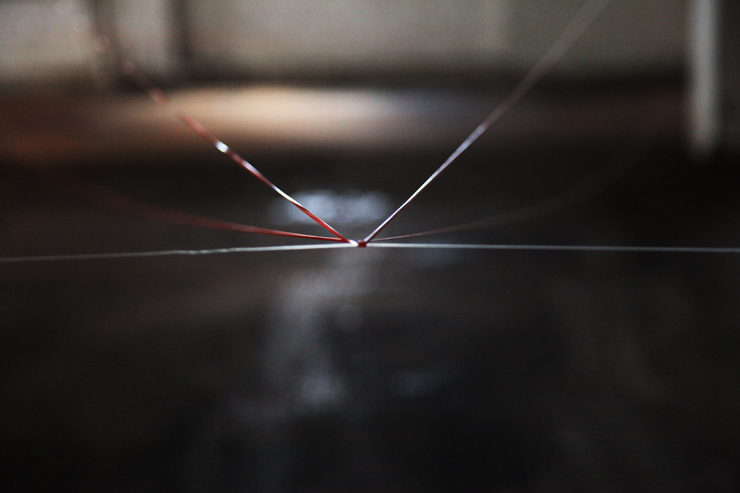 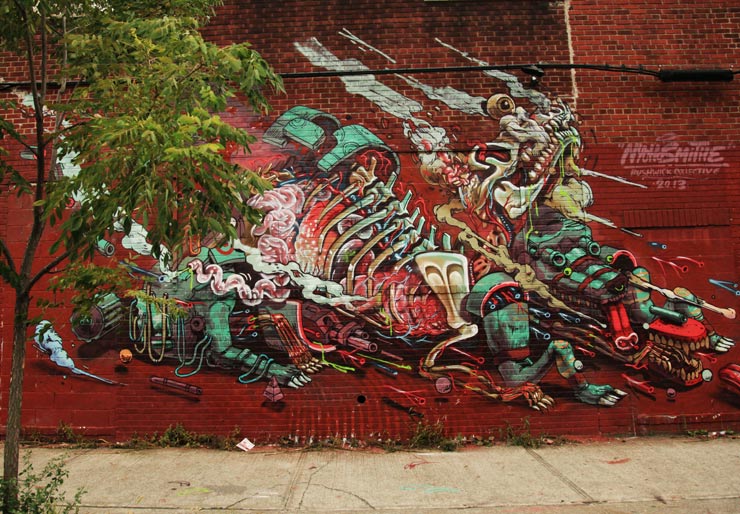 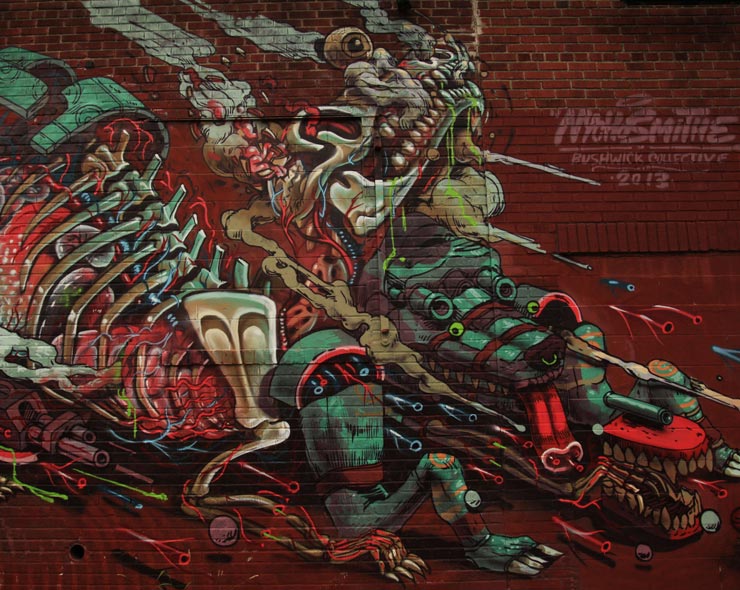 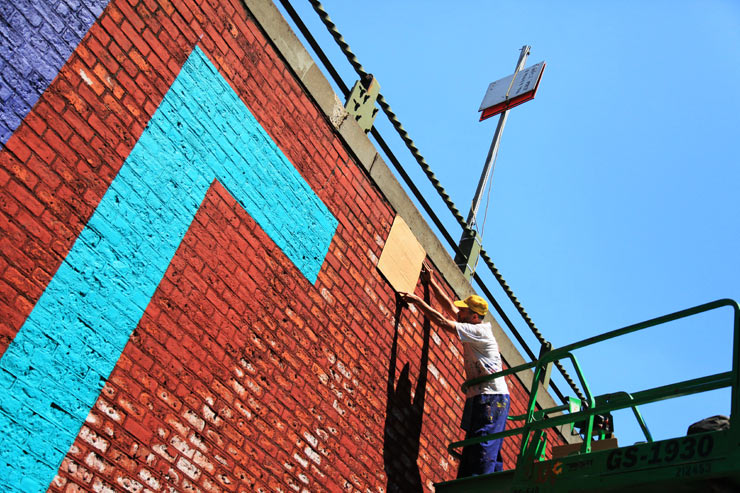 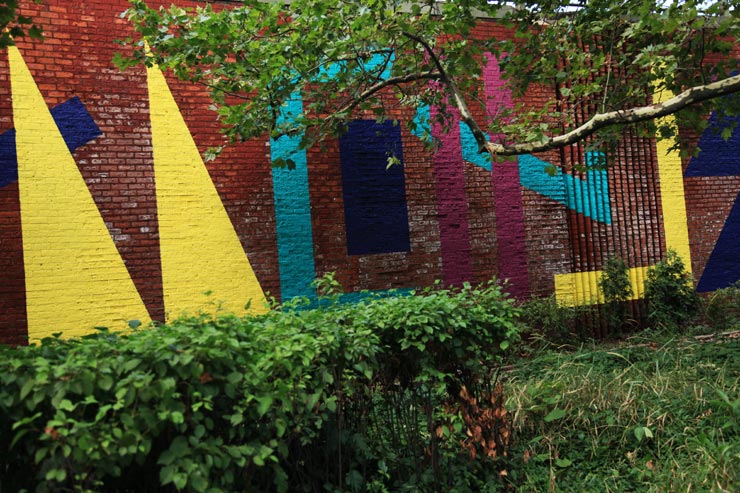 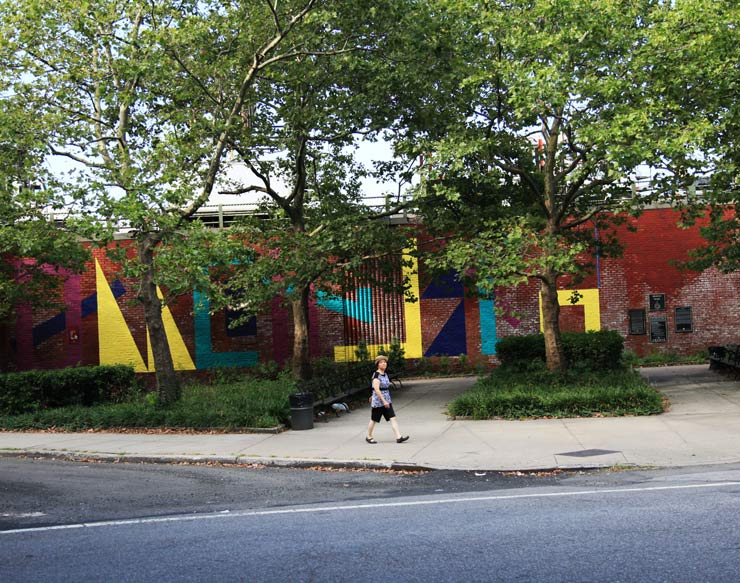 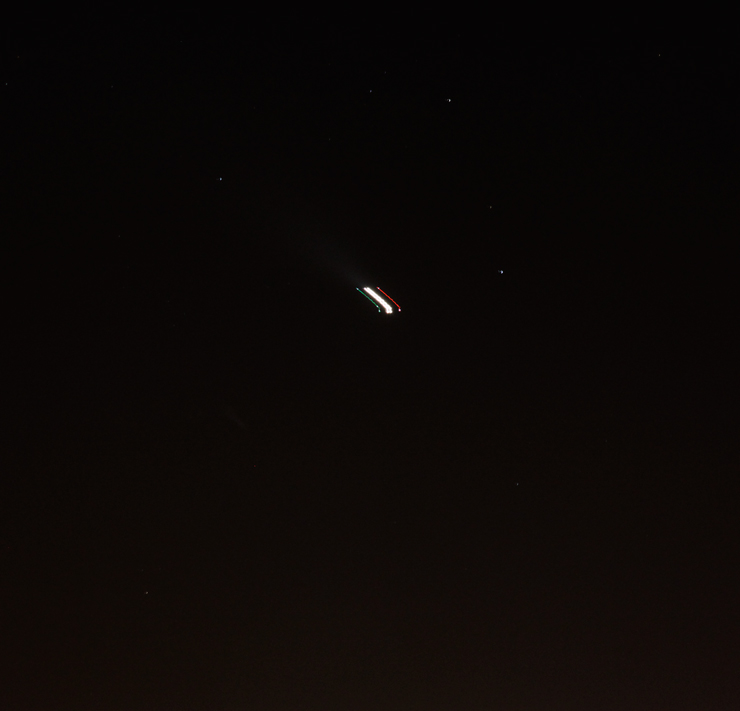 BSA Images Of The Week: 02.07.16
Here's our weekly interview with the street, this week featuring 92, Alice Mizrachi, Bifido, Dubois Does Not Speak French, El Sol 25, Futura, Jick, JR, Klops, Rubin415, Specter, and Tara McPhers...
BSA Images Of The Week: 05.07.17
Whether by design or organically grown, we have always gravitated to what we call "Magnet Walls" - those graffiti/Street Art gardens in a town or city that are an open canvas for artists to get up...
"The Head of John the Baptist" in a Water Fountain in Łódź, Poland
For a decade we’ve been saying that art in the streets of the modern city lies along a continuum between illegal, autonomous interventions and those that are officially sanctioned by institutions. In ...
Remembering the Paris Commune 150 Years Later: TWE Crew, Black Lines, and Art Azoi
"The revolution will be the flowering of humanity as love is the flowering of the heart" Louise Michel, revolutionary, activist, and significant figure of the Paris Commune. TWE Crew and Black...
Rafael Schacter and Filippo Minelli : 15 for 2015
What are you celebrating this season? We’re celebrating BSA readers and fans with a holiday assorted chocolate box of 15 of the smartest and tastiest people we know. Each day until the new year ...
Bisco Bo130 Brooklyn Brooklyn Street Art Buff Monster Case Ma'Claim Cash For Your Warhol CFYW El Tono Galo Jaime Rojo MA Microbo NYC Nychos Obey OBEY Giant Shepard Fairey Smithe Somerville Steven P. Harrington The London Police