Street Artist and fine artist Specter hails from Brooklyn but has been traveling a lot and has been creating some interesting work in Russia and Tokyo, two places not typically mentioned during Western discussions of the street art scene – but we’d be remiss to miss.

“I was invited to Russia from my friend Pasha Shugurov who runs the artist collective 33plus1,” he says as he discusses the new piece called “Chromatin Structure”. 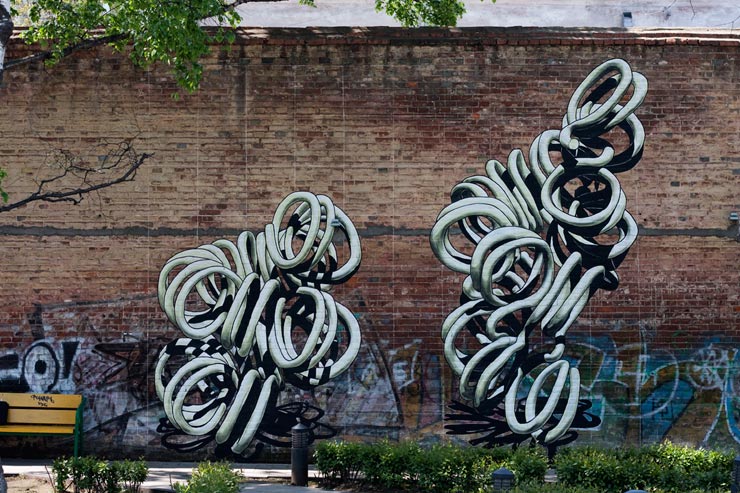 For the artists in our audience who were doodling in the margins of their science textbook during class, the chromatins are the combination of DNA and proteins that make up the contents of the nucleus of a cell.  The work is installed in Sister City Park. Also in the town of Nahodka, a port city in Primorsky Krai, he painted a geodesic dome with art students from the university there.

While in Tokyo Specter returned to some of the faux realism that we have become familiar with in his work in the last few years, recreating a façade that blends seamlessly, yet attracts your attention. The “Bodega Window” here is in the Harajuku Fashion District known for the chic shops and slick shoppers. 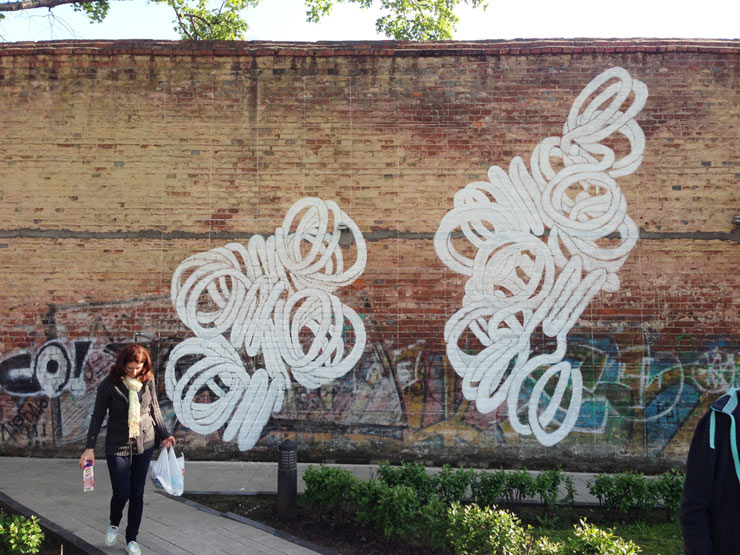 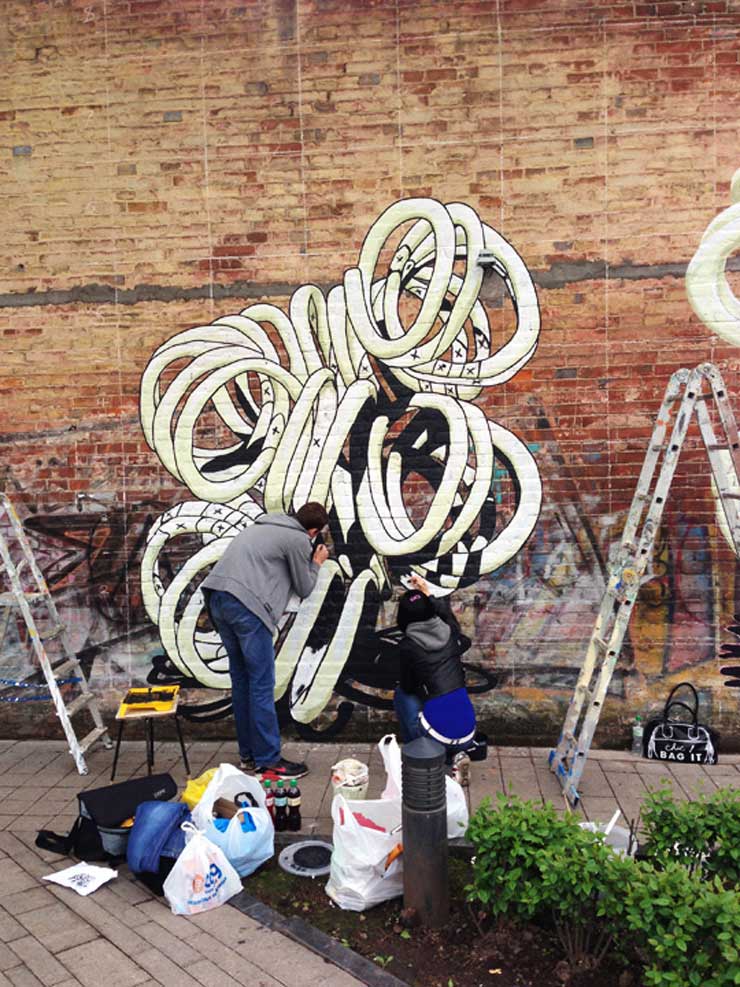 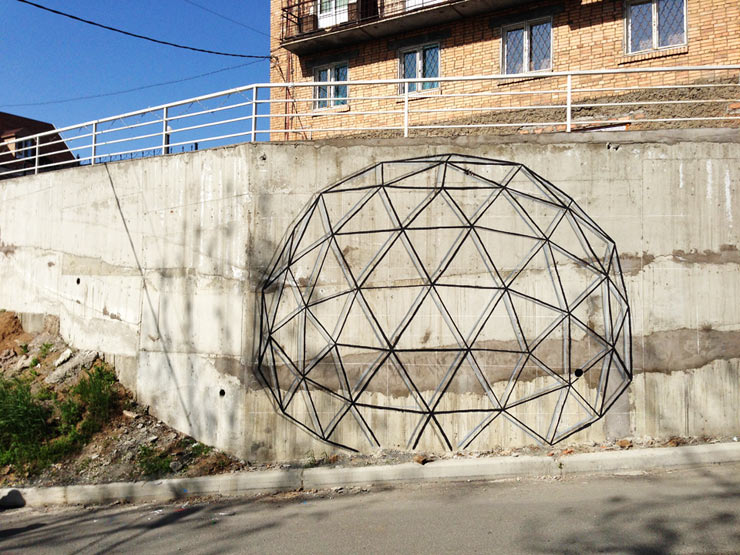 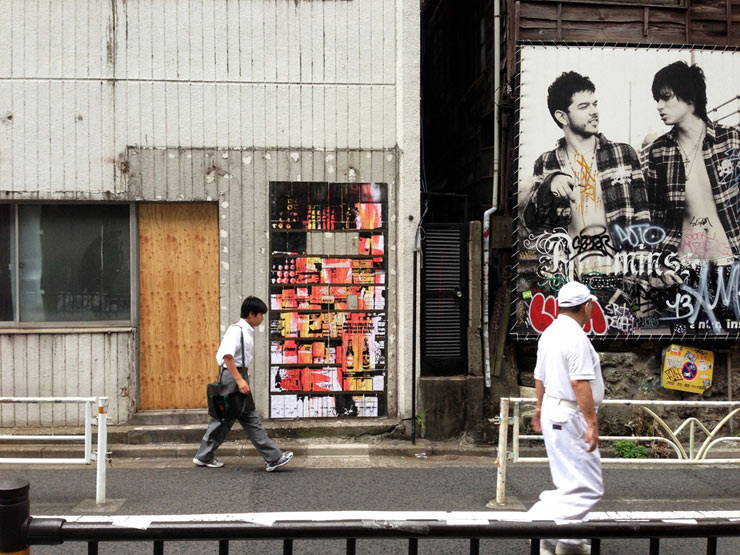 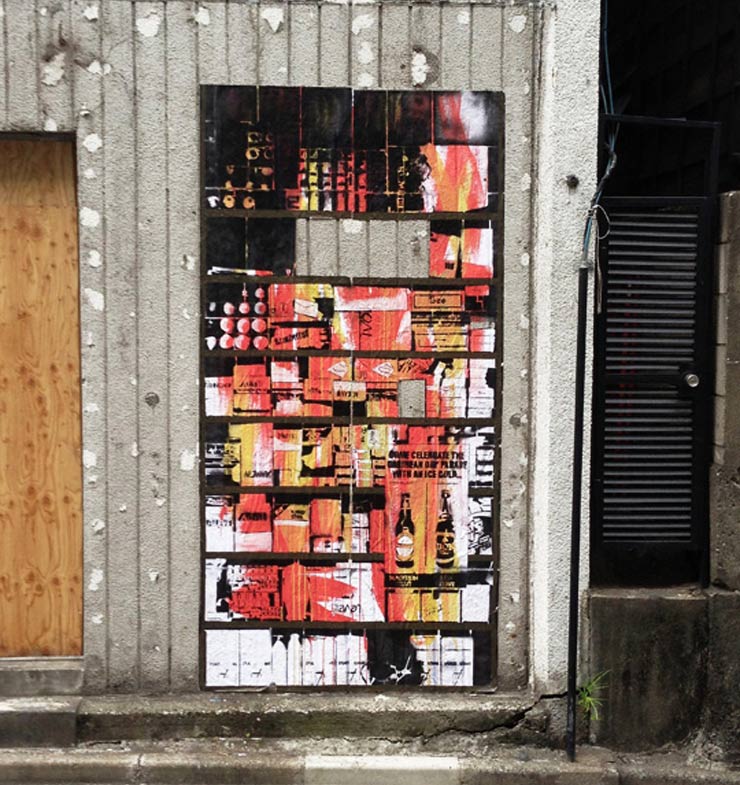 Barlo "Upside Down" in Hong Kong
Street Artist Barlo sends us this mural he did in his hometown Hong Kong in the back of a bar that features caricatures sculpted of Mao, Stalin, and Hitler – which gives you an idea of what sorts of r...
"Street Art Rebellion" Joins "Extinction Rebellion" to #loveplanet
Street Art Rebellion & Extinction Rebellion have created a participative poster campaign called #loveplanet. Artworks available to everyone for FREE and for many ecological fights around the worl...
BSA Film Friday: 06.12.20
Our weekly focus on the moving image and art in the streets. And other oddities. Now screening : 1. Steven Siegel, Like a Buoy, Like a Barrel2. Mural Intervention by Ana Barriga in Nau Bostik...
Studio Visit with MRKA : Graffiti and Branding
"Graffiti and branding are the same thing; One is legal and one is illegal." BSA Contributor Rosanna Bach visited MRKA for a studio visit and they talked about the intersections of the street, the In...
Gola Hundun Follows Kids Art and "The Path" in Napoli
“It is less easy to sensitize people to the respect of nature,” says Italian Street Artist Gola Hundun, and you understand his entire oeuvre during the last decade. Gola Hundun. "The Path". Naple...
Brooklyn Street Art Jaime Rojo Japan Russia Specter Steven P. Harrington Tokyo Vladivostok