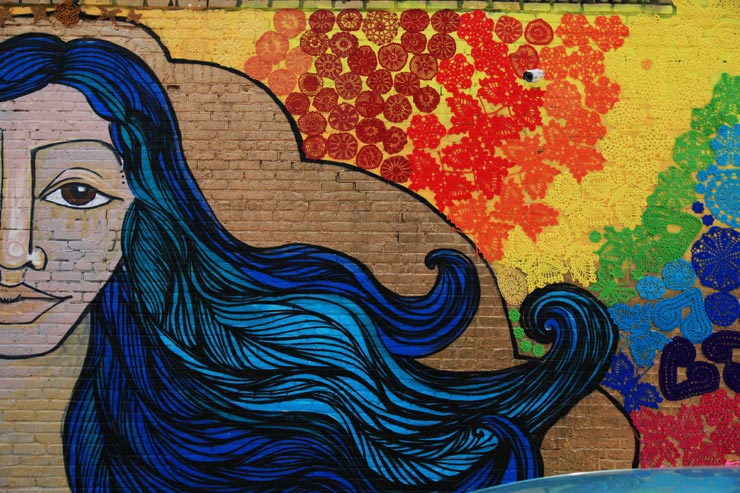 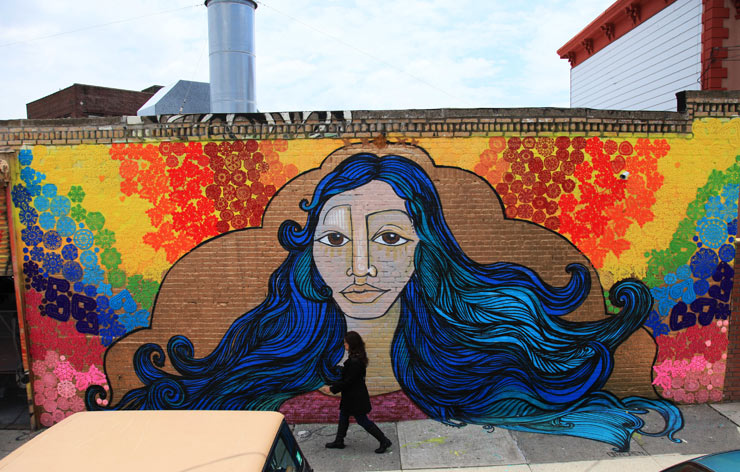 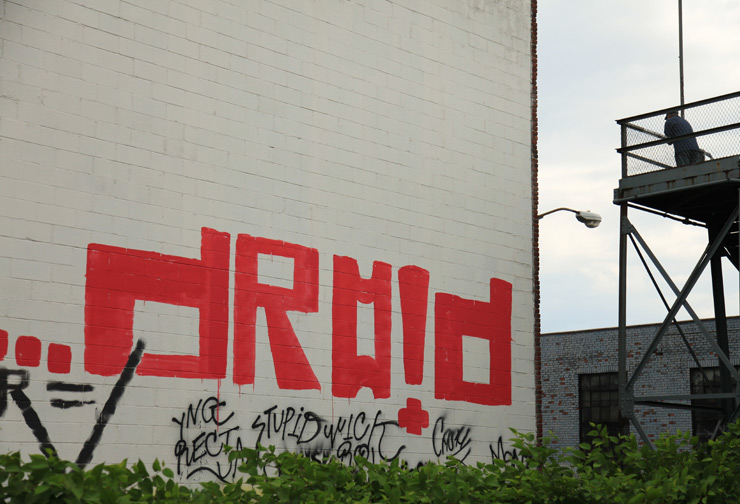 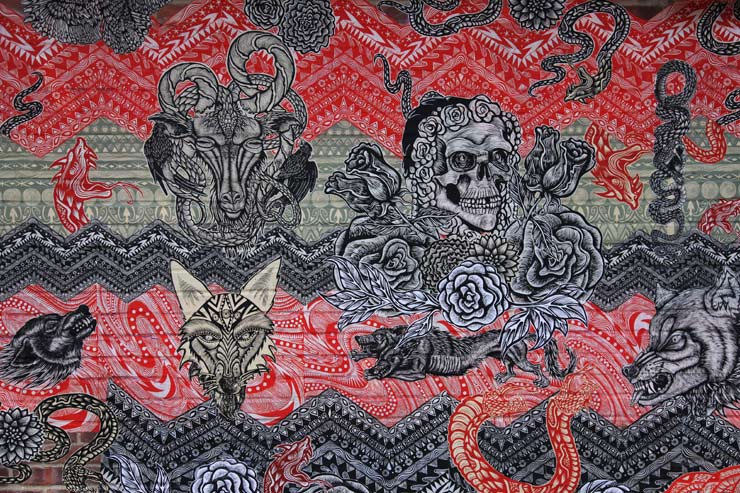 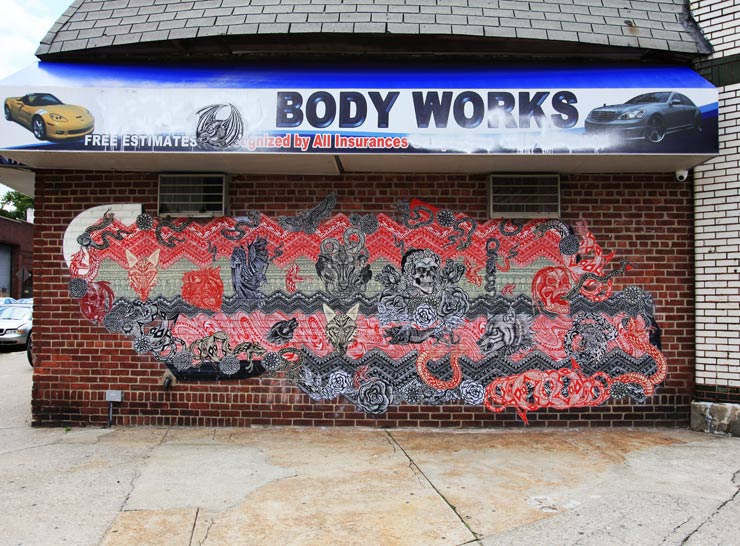 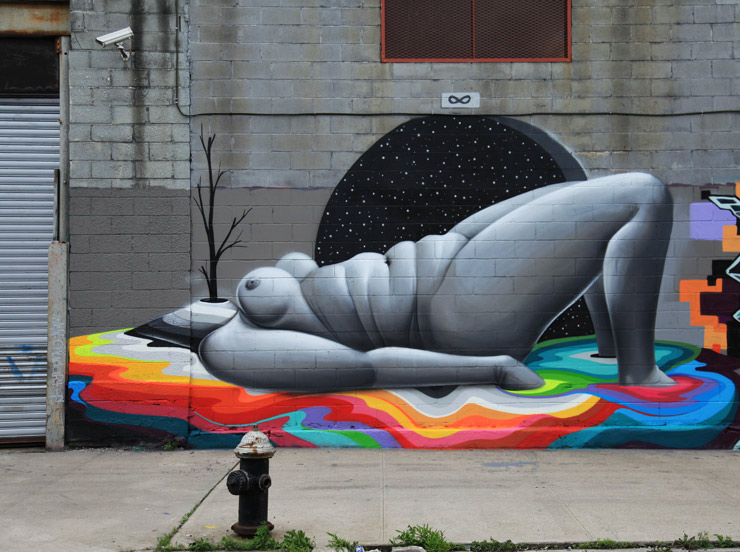 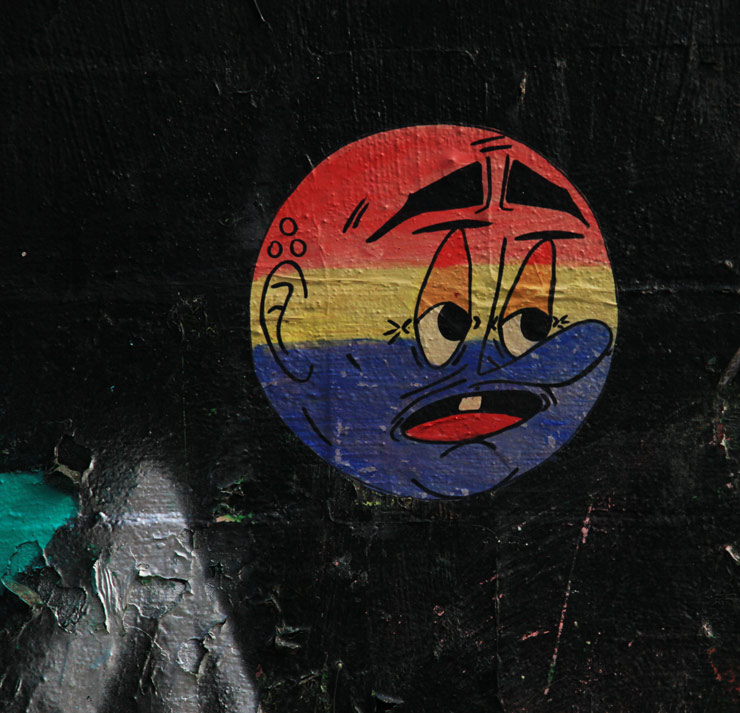 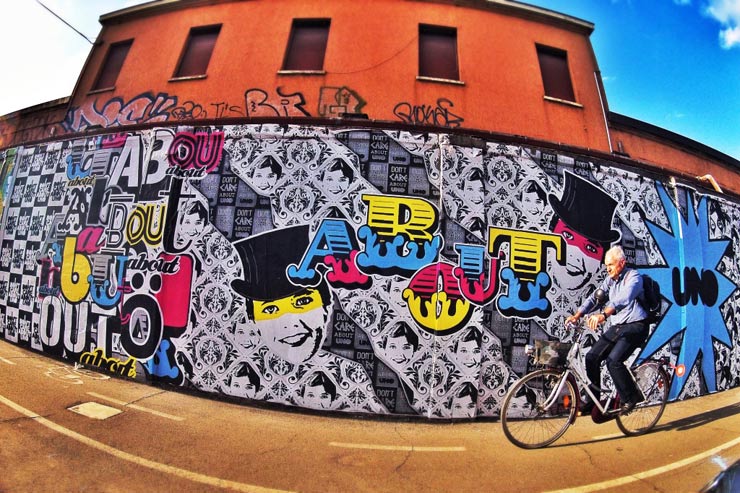 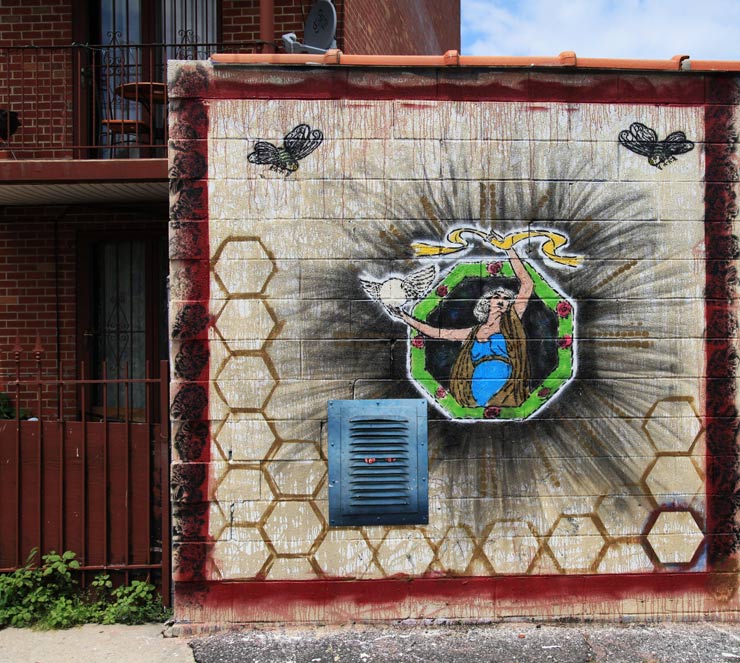 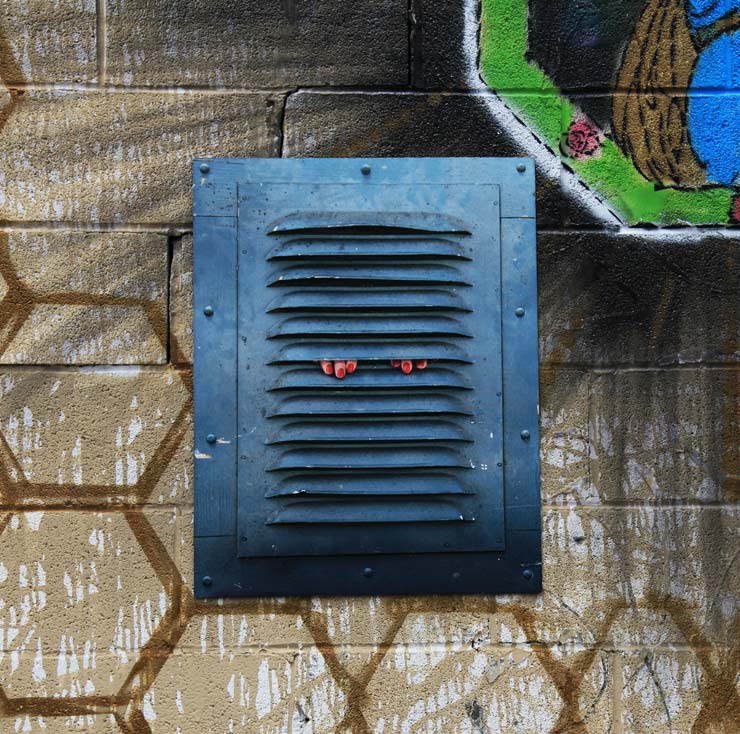 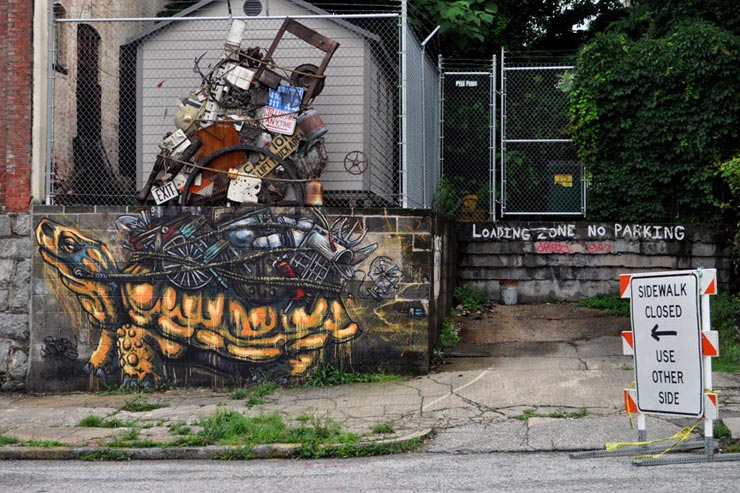 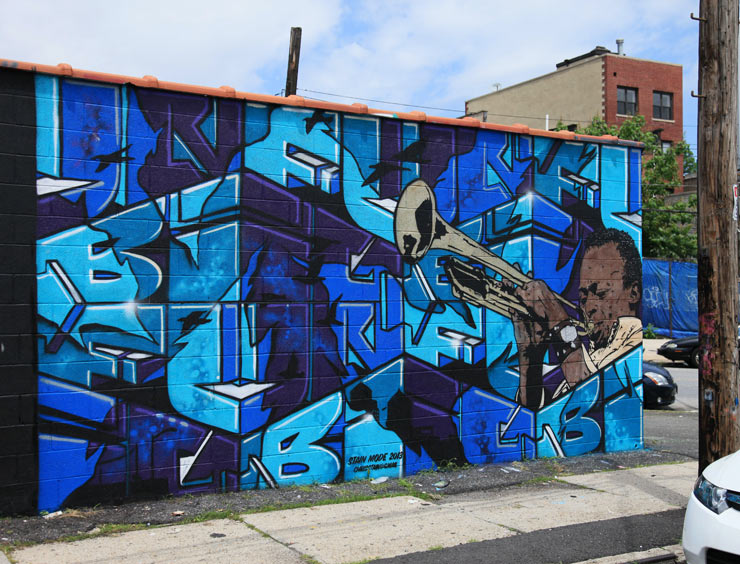 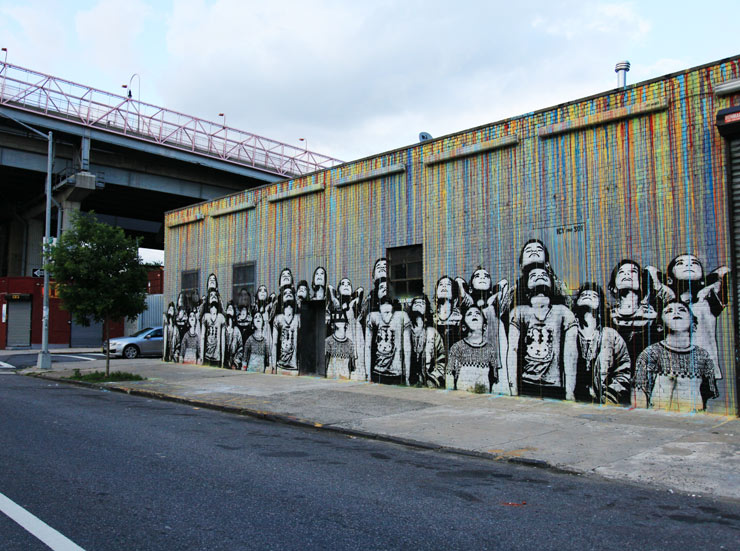 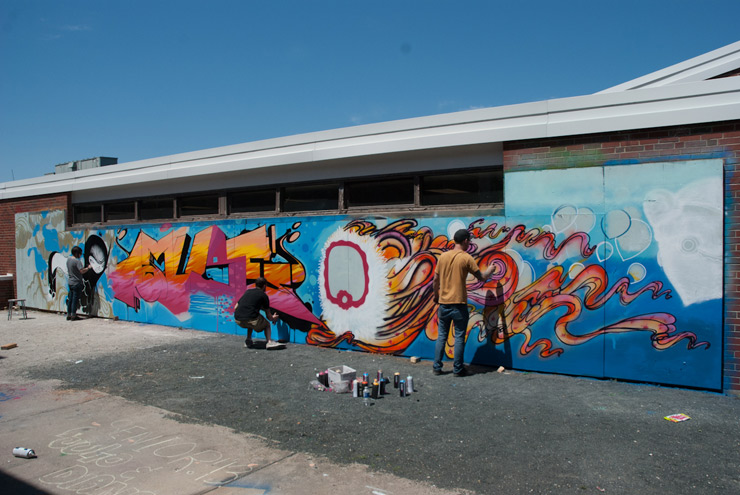 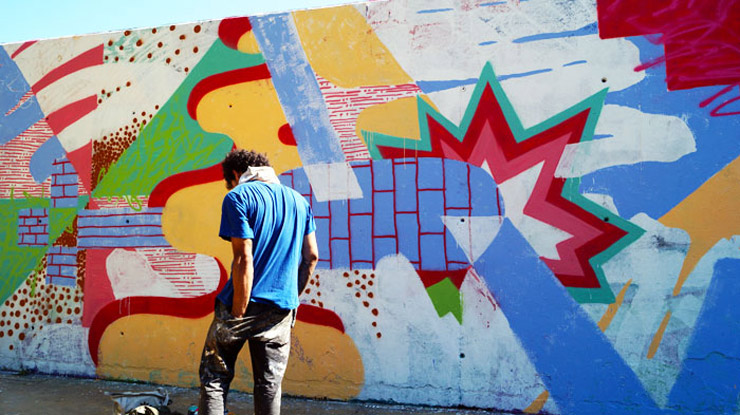 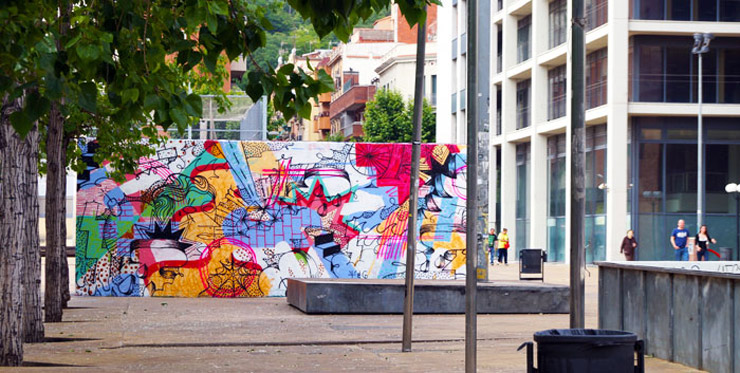 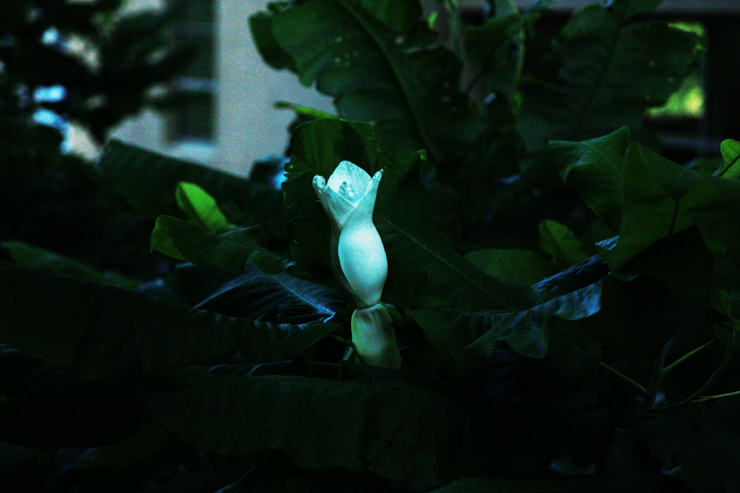 Abstract Specter at the Bus Stop
It's been sort of rainy in New York recently so you may have to take shelter while you wait for the bus. While you do, would you rather be treated with a large illuminated ad for hair color, headache ...
Surprise Anonymouse Guest, Sunlight at No Limit / Borås: Dispatch 5
This week BSA is in Borås, a municipality in south-western Sweden for the 3rd edition of No Limit, a mural arts festival that brings Street Artists from around the world to create new works ...
Trippy Clusters of Inflated DNA at the NYC Ballet: Jihan Zencirli AKA GERONIMO
Ephemerality is a core aspect of art on the streets that differentiates it from conventions of art making and collecting and displaying in institutional settings. The fact that an artist is willing to...
Jim Prigoff Writes: "SprayCan Art" and MEETING OF STYLES in San Francisco
MEETING OF STYLES had a huge event celebrating the 28th anniversary of the seminal book Spraycan Art by Henry Chalfant and James Prigoff in September in San Francisco. Organized by the community organ...
The Trades: Hendrik Beikirch (ECB) Traces Moroccan Faces
Street Artist ECB is introducing you to the trades of Morocco by painting the faces of current practitioners whom he has met on the street. By now we are familiar with the storytelling role that artis...
Alice Mizrachi Alison Buxton Amuse Andy Pants Baltimore Barcelona Billy Mode Bologna Brooklyn Brooklyn Street Art Cheap Festival Chicago Chris Stain Dan Wtiz Dennis McNett Droid 907 Federica Marrone High Line Park Icy Icy & Sot Italy Jaime Rojo JCHM-IX Lucx Manhattan Nice-One NYC Okuda Olek PRTL Spain Stefan Ways Steven P. Harrington This Is Awkward UNO Welling Court Mural Project 2013