Gola Hundun, Kenor and H101 otherwise known as the Art Collective Los Brujos, recently participated in the Sub Urb Art 2 in Torino, Italy with a patchwork hand-painted re-creation of the mystic Eye inside a large open warehouse space. 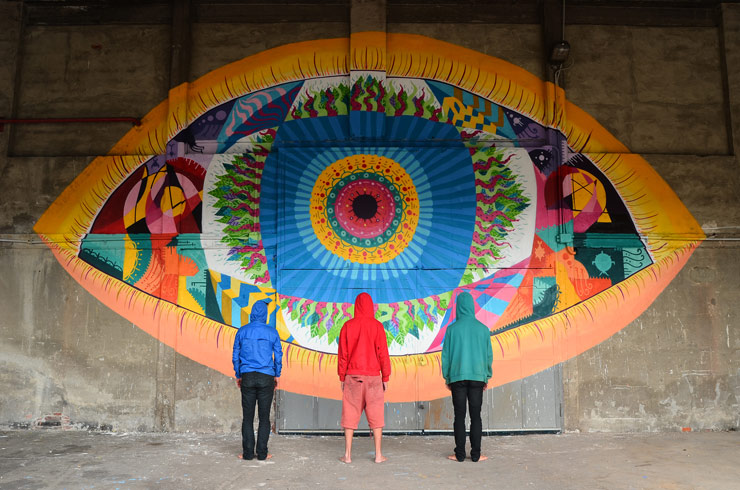 Call it The Eye of Glory, The All Seeing Eye, The Eye of The World, The Eye of Providence or the Eye of Horus, the human eye has been imbued with supernatural powers, omnipresence, and intuitive abilities for centuries by various cultures and belief systems worldwide. Three members of Los Brujos pose carefully here with the new piece by way of drawing our focus back to it’s various meanings. 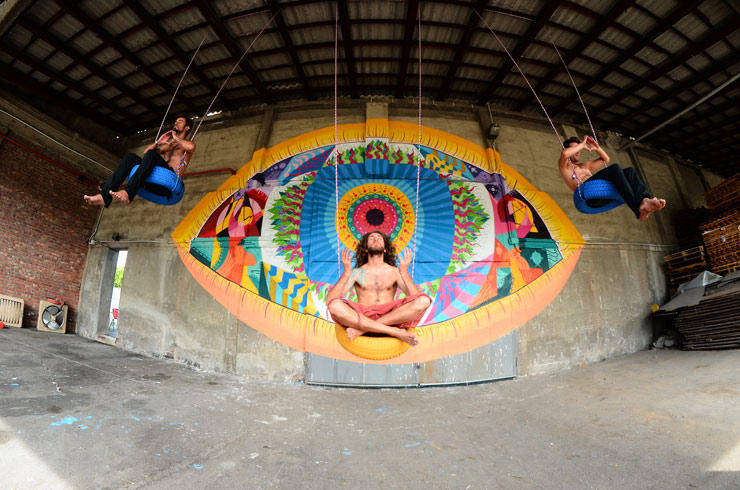 As they draw your attention to the third eye looming behind them, Los Brujos appear in various costume while positioning themselves symbolically in front of the work, adding a decidedly pagan connotation to the work. The juxtaposition reminds you that dimension, abstraction, and geometry have roots in folk art, religion and mysticism – far predating the modern age fascination with geometry and minimalism. While these guys and many in the alt-art party circuit are sometimes thought of as avant-garde, you can also see them as revivalists of our clan-based past. 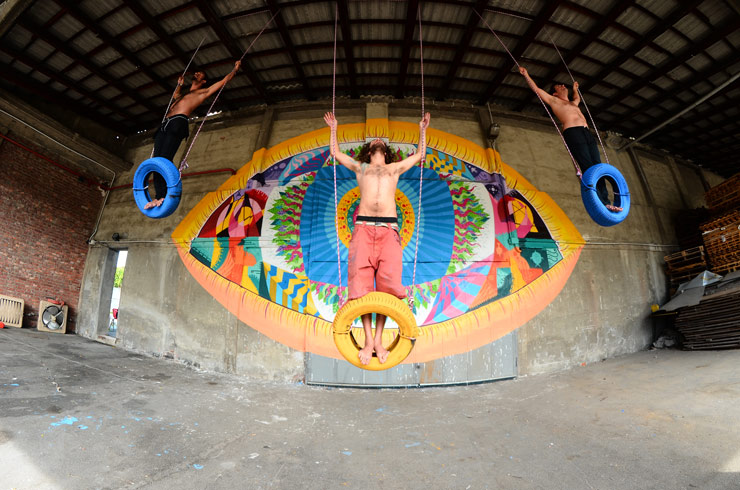 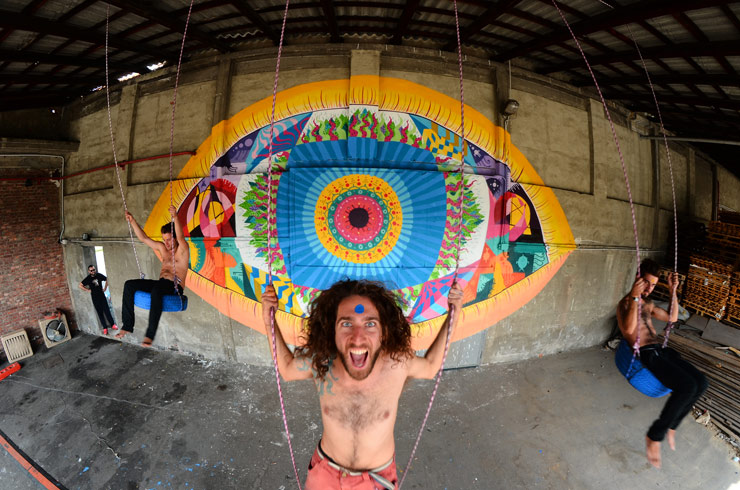 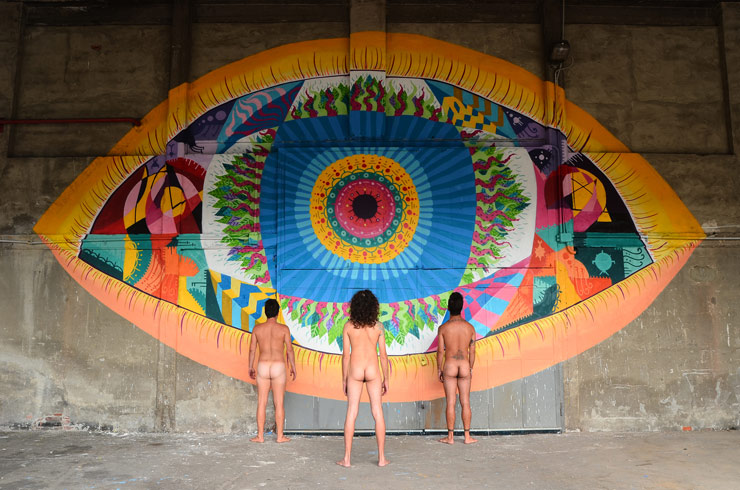 Tagging Somebody's Painting : Two Walls Interrupted
Whose voice gets to be heard, and at what cost? It’s an ongoing battle with companies and politicians and citizens fighting to control the radio airwaves, broadcast television, cable providers, news o...
A Sudden Secret Street Art House Party in Manhattan
It’s a House Party Y'all! With studio apartments in Manhattan now hitting nearly 3K a month the closest thing most Milennials will ever get to a house party in Gotham will be snagging a VCR tape of t...
BSA Film Friday: 02.26.21
Our weekly focus on the moving image and art in the streets. And other oddities. Now screening participants at Festival Asalto 2020: 1. Silence Shapes by Filippo Minelli2. Apocalypse Now / IN...
Fintan Magee and “Follow the Leader” in South of Paris
Back to the south of Paris today to see a trio of children on the new wall done in late September by Sydney based muralist Fintan Magee. Fintan Magee. For Wall Street Art in Savigny-le-Temple, Fr...
Images of the Week 12.05.10
Our weekly interview with the street, this week featuring: Alec, El Celso, Faile, Kenny Scharf, Kouk, Robots, and UFO The finished Kenny Scharf Houston Street wall has brought a jolt of flamboyant c...
Brooklyn Street Art Garu-Garu Gola Hundun H101 Italy Jaime Rojo Kenor Los Brujos Steven P. Harrington Sub Urb Art 2 Torino Zosen