Workers around the world look amazingly similar, no matter the city.

Street Artist Robbbb, who we last saw in Beijing, is introducing some of the people from that city to be a part of Dubai and two of Turkeys largest cities, Istanbul and Izmir.

“This series of works from China are images of the most common people. I took them to foreign countries with an attempt to explore differences of political and social background, and to highlight their mode of existence,” he observes as he speaks about the enlarged wheat pastes he hand colored. 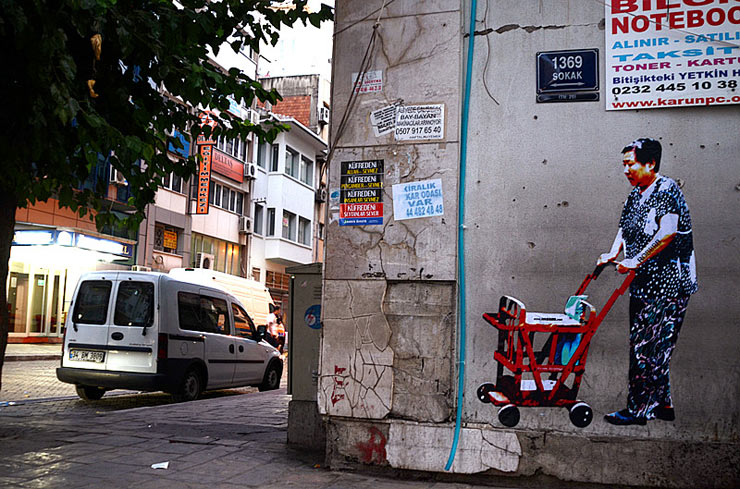 With this project Robbbb brings a Chinese man on a rickshaw to the a waste disposal back alley of Istanbul, a lady with a pushcart to a side lot in Izmir, and a man loaded down with bags to a small busy street in Dubai. These are all cities with workers going about their every day life and among them Robbbb wants to introduce their counterparts; images frozen and in mid-action while performing their daily chores and routines on foreign soil.

The concept is well executed as you often will see a local performing the same action while passing the wheatpast,  so similar are our daily routines: Pushing a grocery cart, riding a bike to work, toiling, walking a child to school or to a friends home. With this project Robbbb shows our similarities despite differences in physical appearance, clothing, and cultural differences. 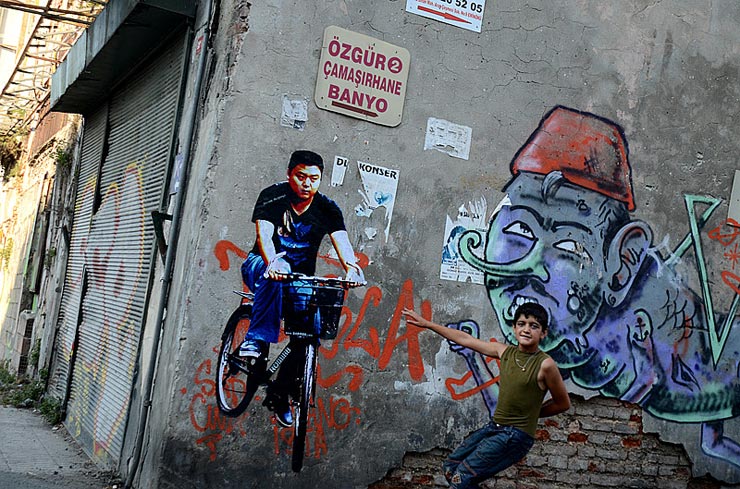 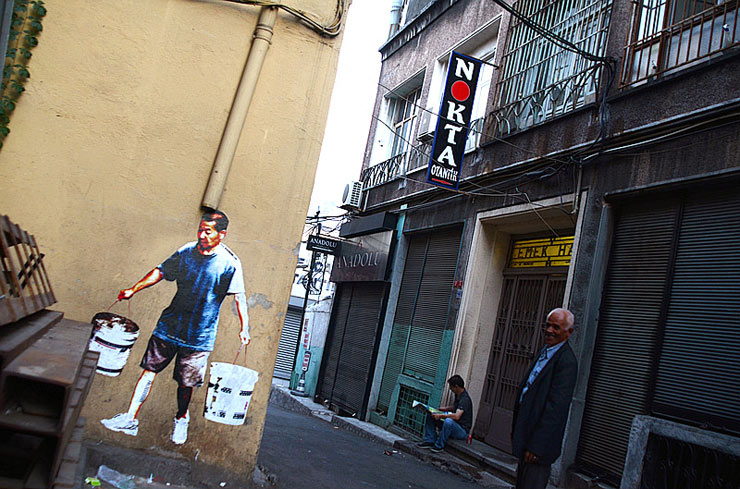 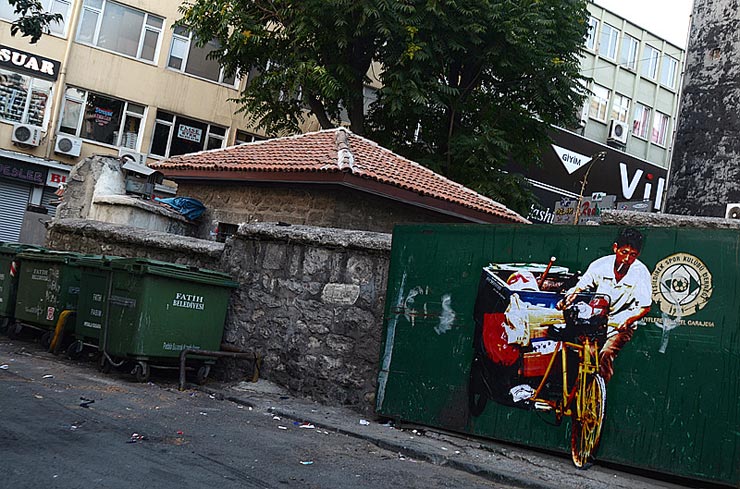 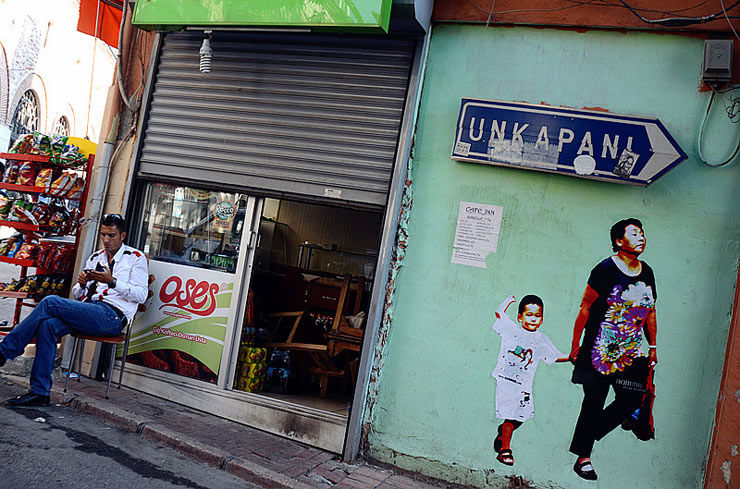 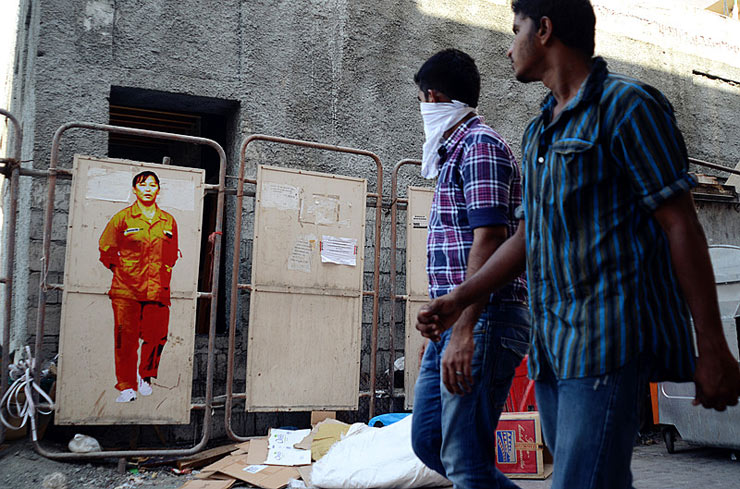 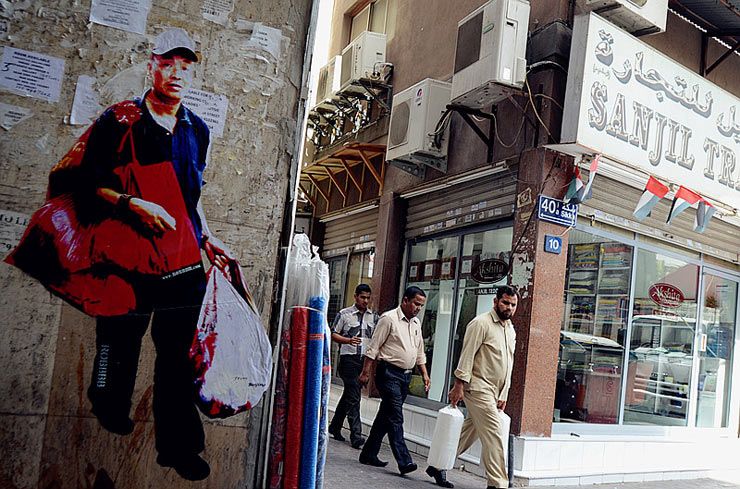 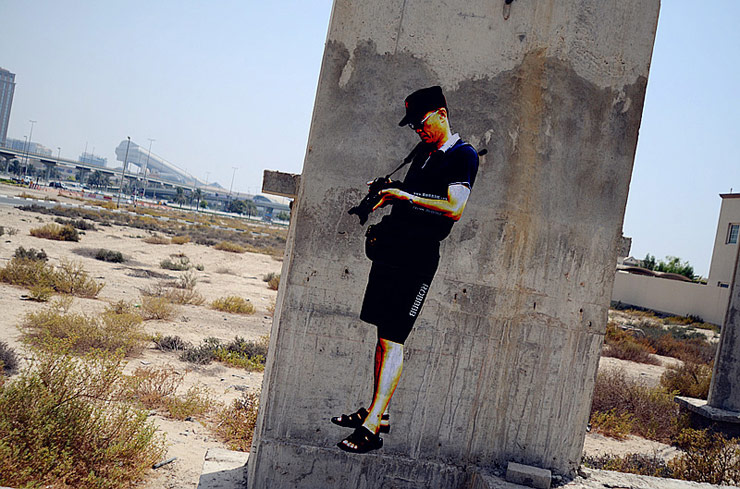 Click here to read and see images of Robbbb’s works in Beijing.