Prints are often a good way for an artist to reach younger collectors and those with limited funds, and a good way for a gallery to get the doors open for traffic with a new generation of collectors. Hendershot Gallery new show in the Bowery opened last night with a Street Art centric collection of (mostly) prints that hit a nice cross-section of some of the current action on the streets. In addition they invited Gilf!, Clown Soldier, Chris Stain, and ASVP to hit some walls in the basement stenciling, screen printing or wheat pasting directly on the surface, so see if they’ll lend you the key to the dungeon while your are there. 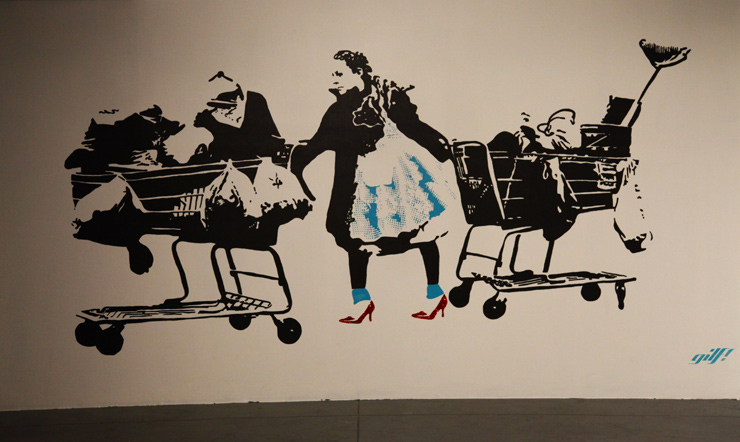 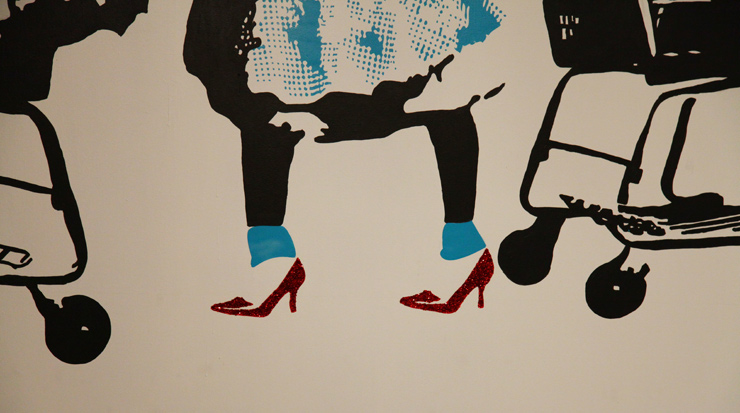 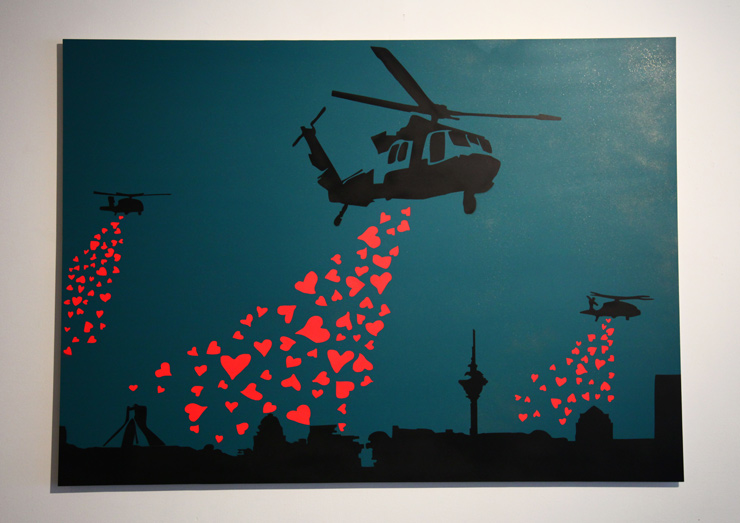 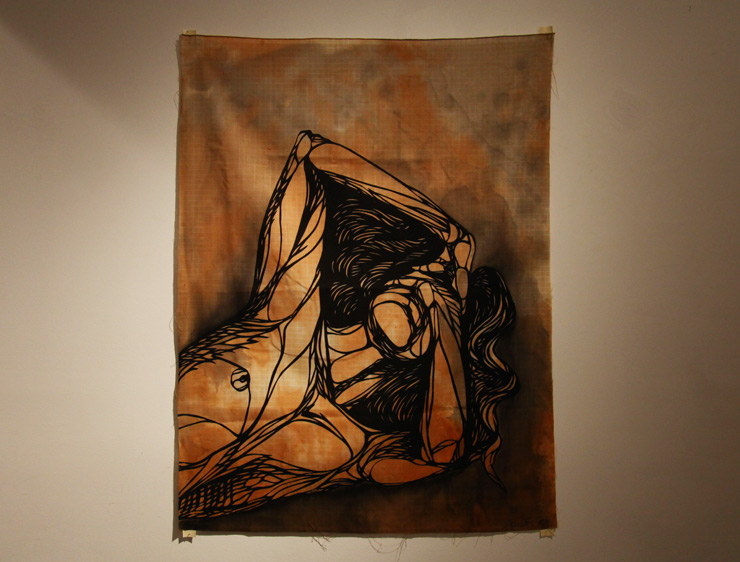 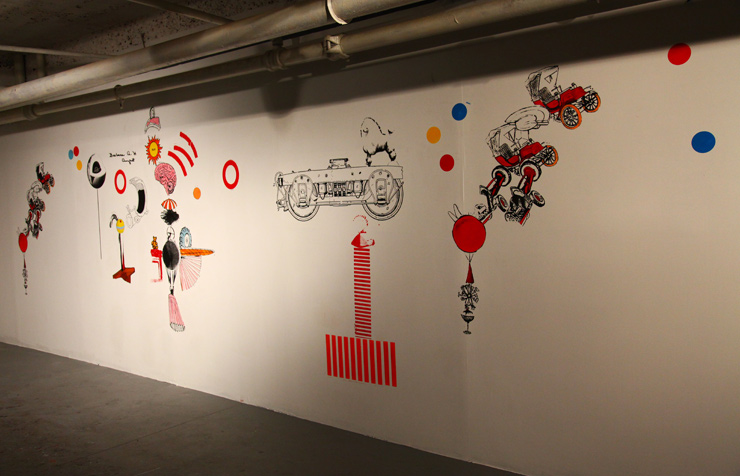 Clown Soldier’s work was screen printed directly on the wall for this installation in the basement. Now that is a print show! (photo © Jaime Rojo) 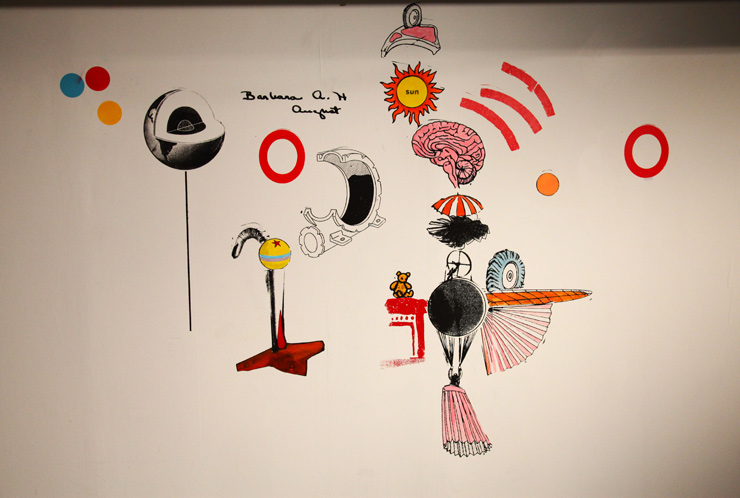 Clown Soldier. Detail of his piece that was screen printed directly on the wall for this installation in the basement. (photo © Jaime Rojo) 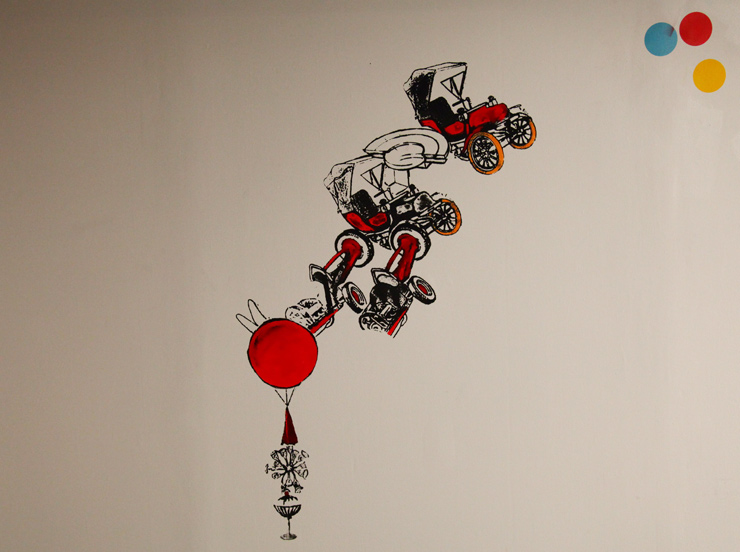 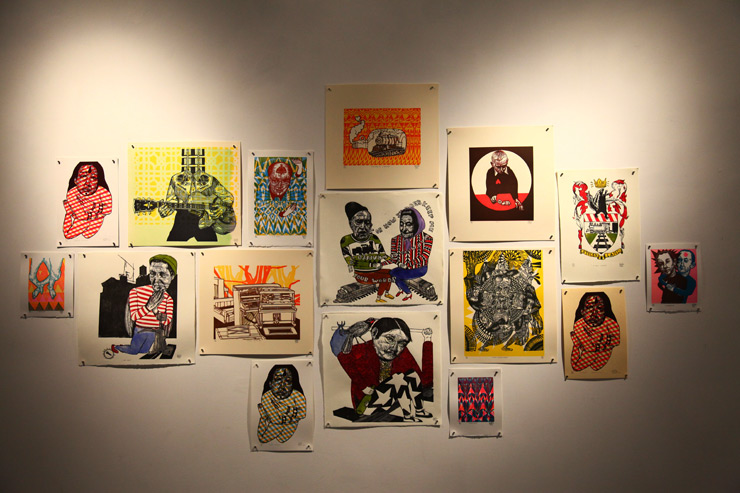 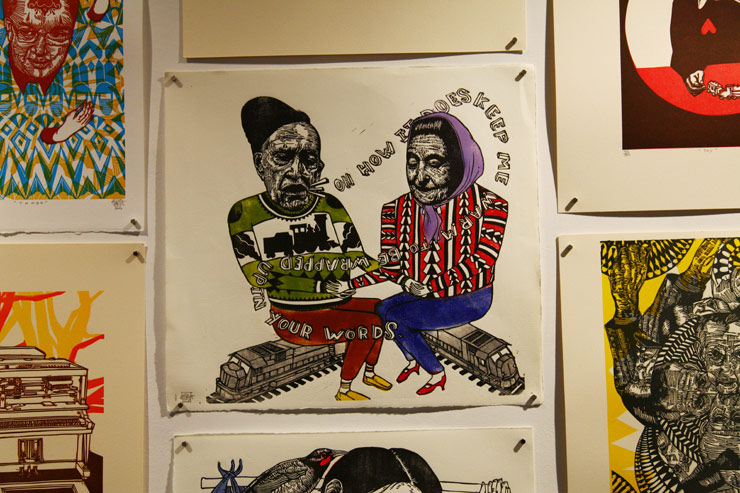 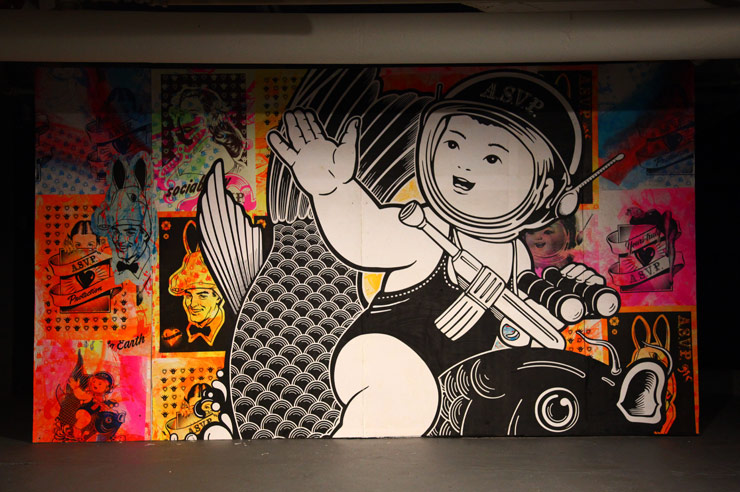 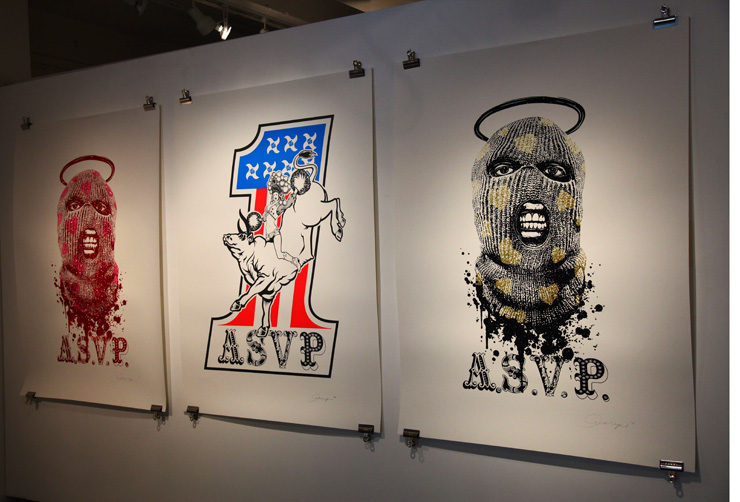 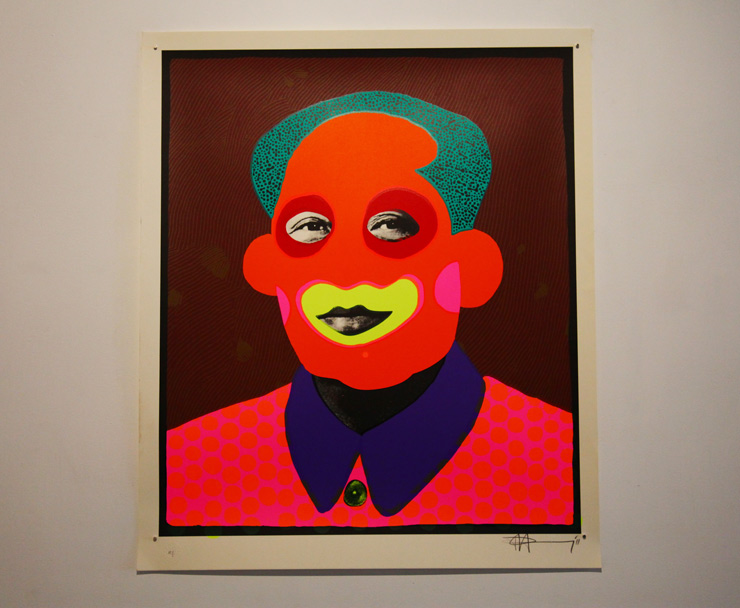 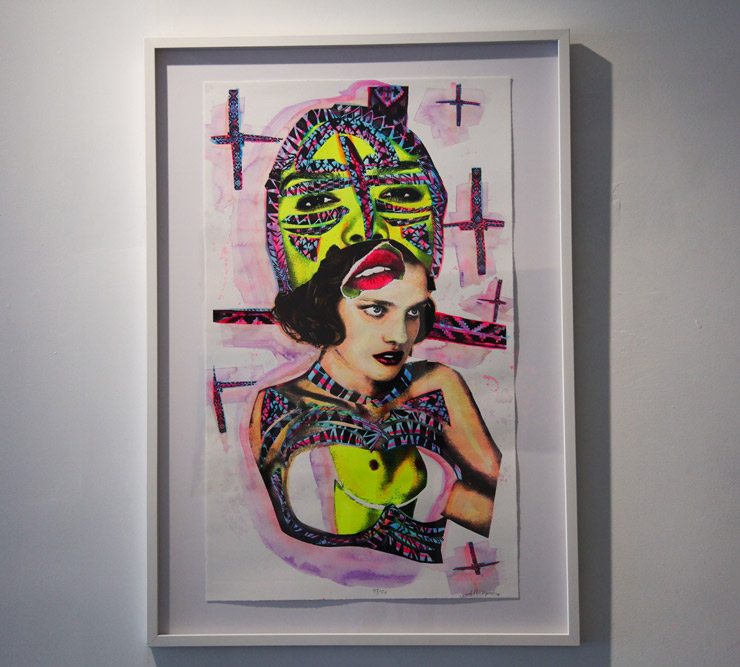 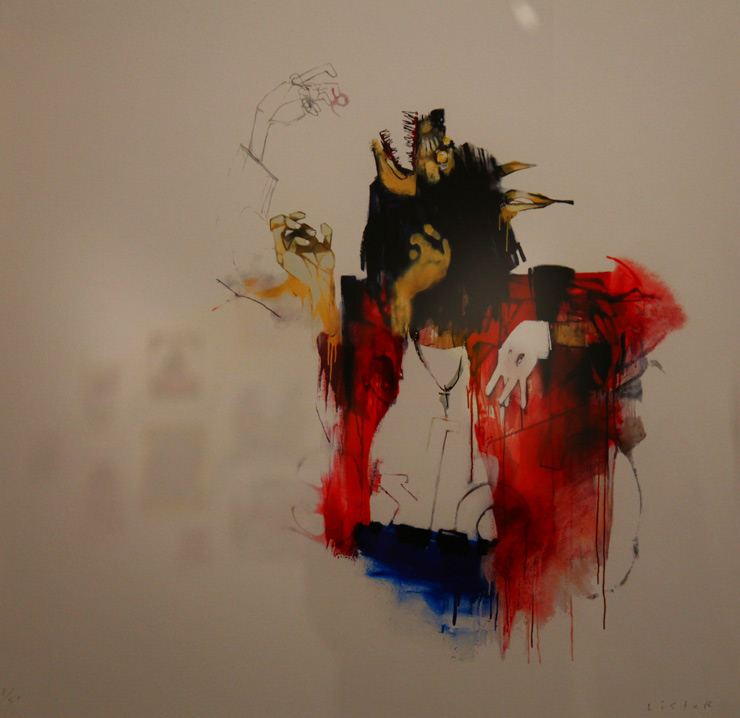 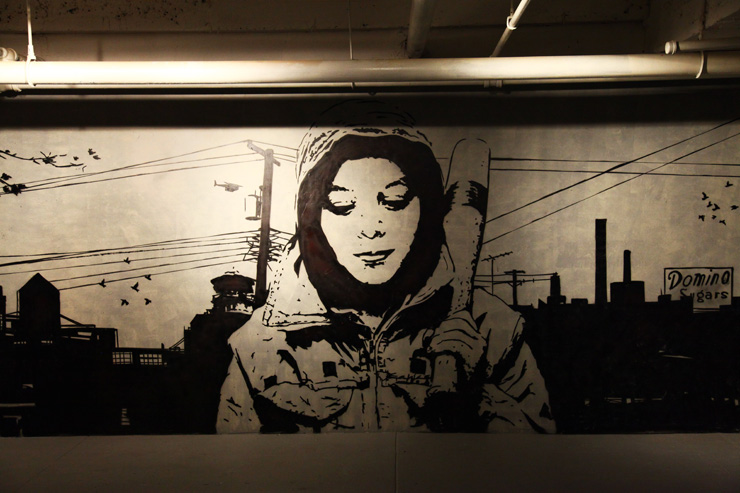 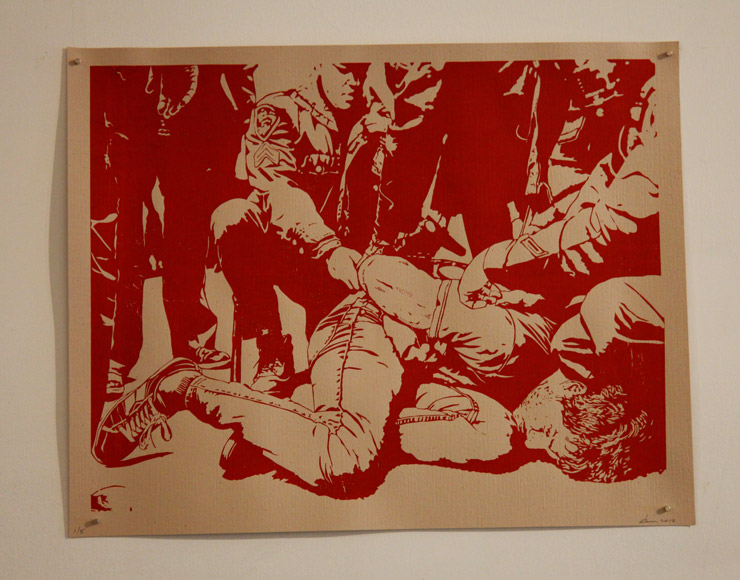 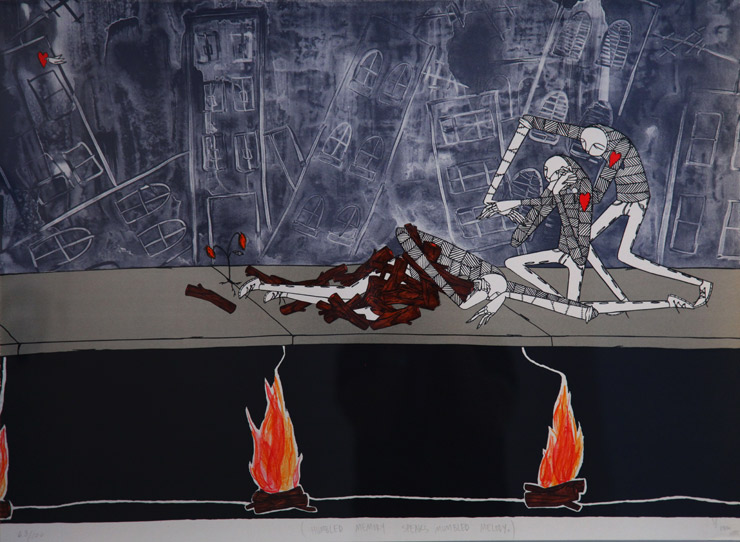 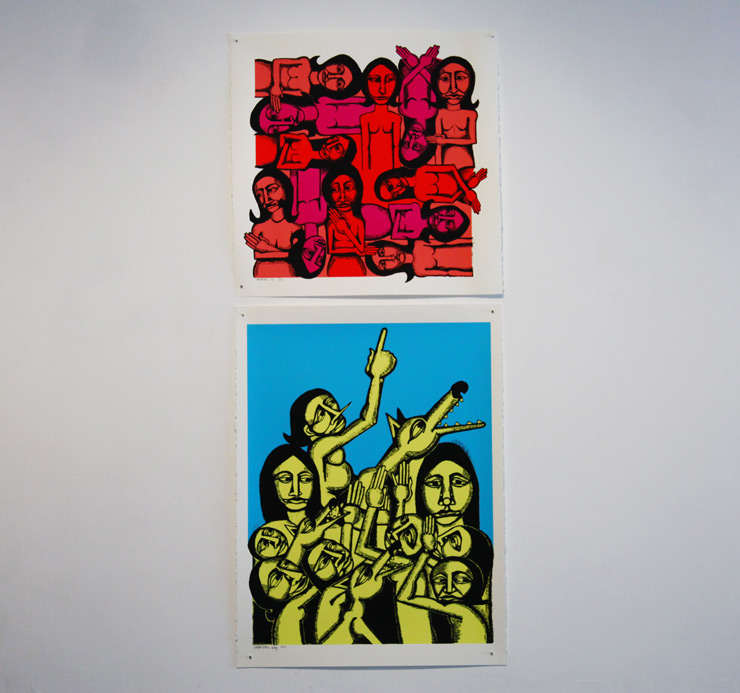 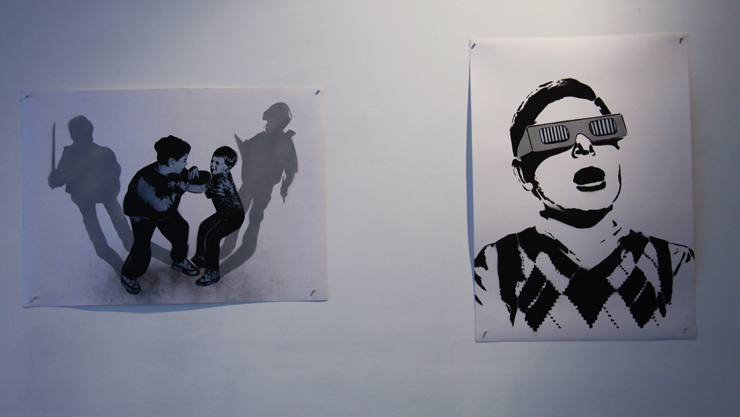 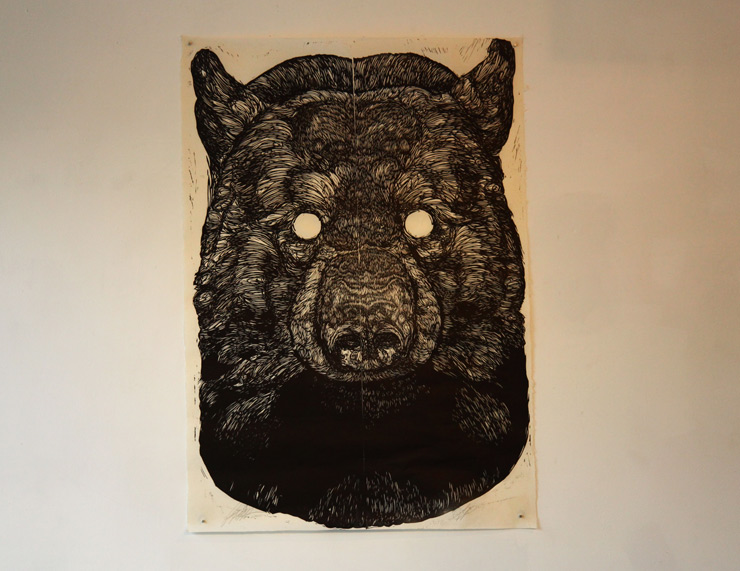 BSA Images Of The Week: 08.10.14
If you haven't gone barefoot in the park yet this summer, what are you waiting for? Everybody's doing it. Not recommended for the sidewalk in Bushwick, Bedstuy, ...okay, most of Brooklyn. Limit ...
A Community Mural Festival in NYC, Highlights From Welling Court 2015
An annual mural tradition of non-pretense, New York hosted the 6th Annual Welling Court mural festival this weekend in a working class neighborhood in Queens, thanks to a grassroots couple who hustle ...
BSA Images Of The Week: 05.31.20 / Dispatch From Isolation # 70
Welcome to BSA Images of the Week. The streets are alive with street art and pointed political protest. NYC citizens are joining the cities and communities across the country who are demonstr...
Dulk Illustrates Out on a Limb in Rome
Antonio Segura Donat, aka Dulk is an illustrator and graphic designer from Valencia, Spain who is now also known in many cities for his painting in the street. Since copying images in encyclopedias as...
Inviting Neighbors to Paint Your Walls, Paweł Althamer at New Museum
One of the electrifying aspects of Street Art for many people is the prospect that public space can actually be a place to create within. There is something about the hand-rendered painting or tag tha...
Anthony Lister ASVP Brooklyn Street Art Chris Stain Clown Soldier Gaia Gilf Hendershot Gallery Icy & Sot Imminent Disaster Jaime Rojo Judith Supine Know Hope Labrona Manhattan NYC Other Paul Insect Steven P. Harrington