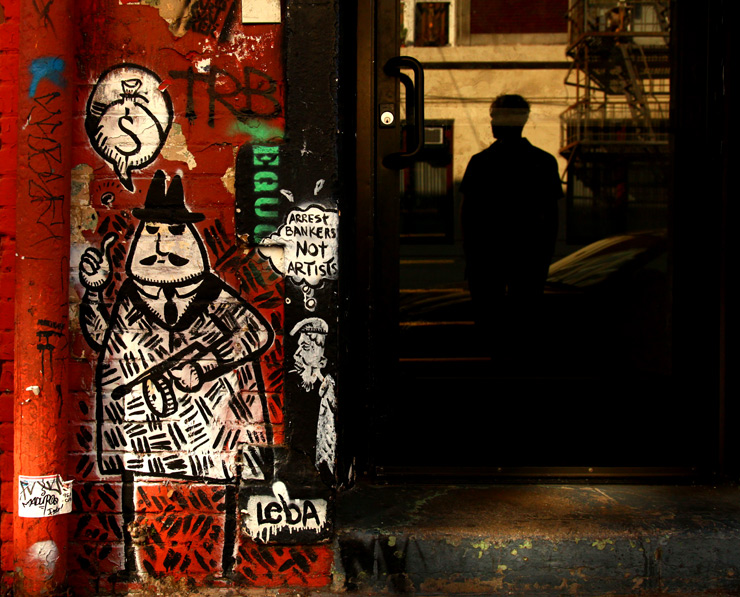 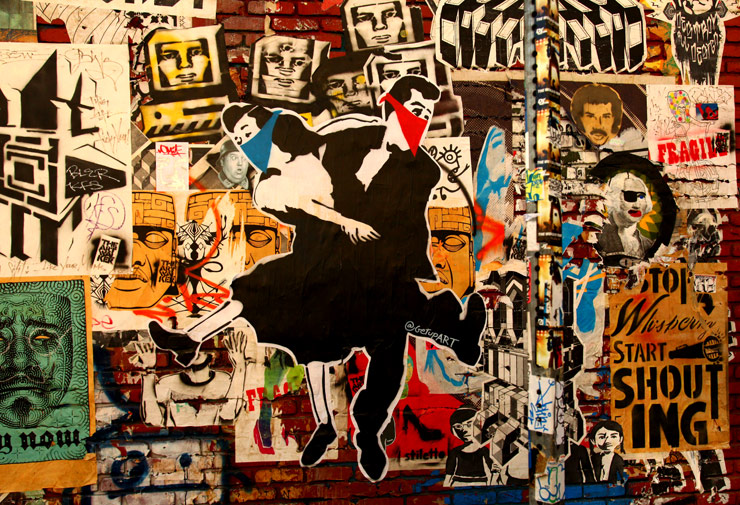 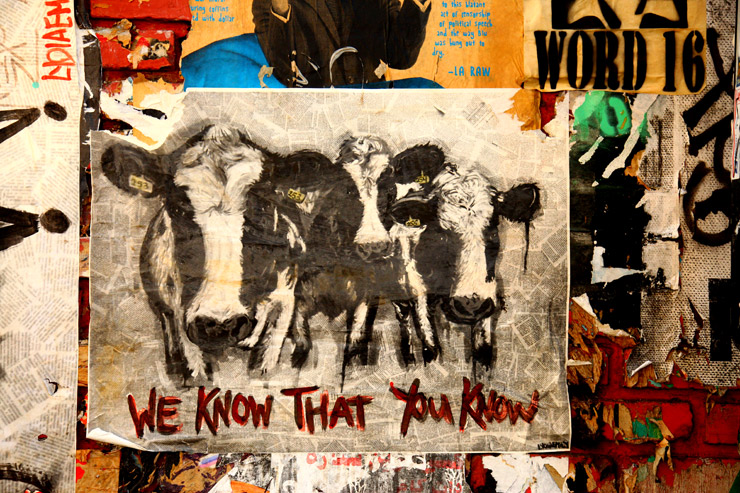 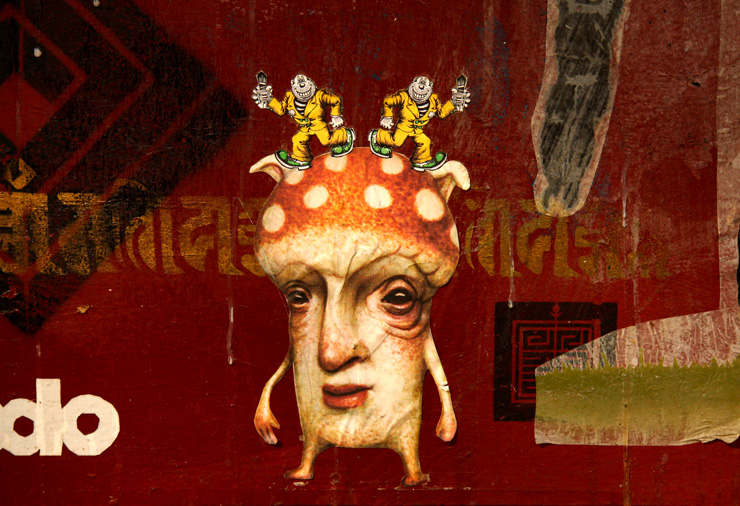 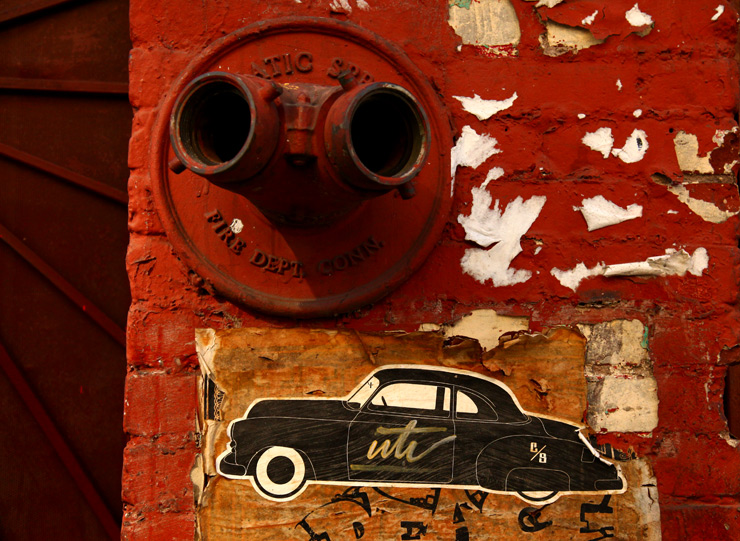 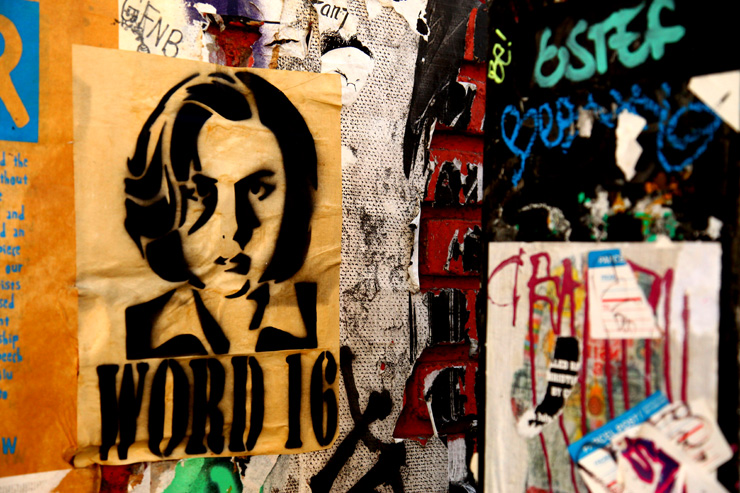 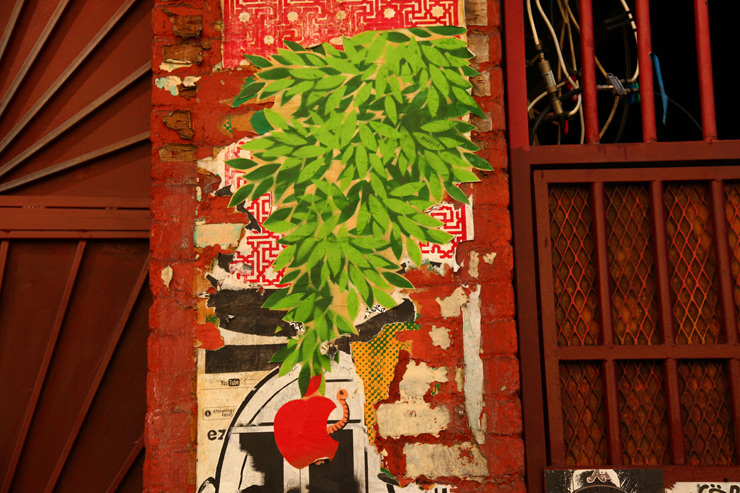 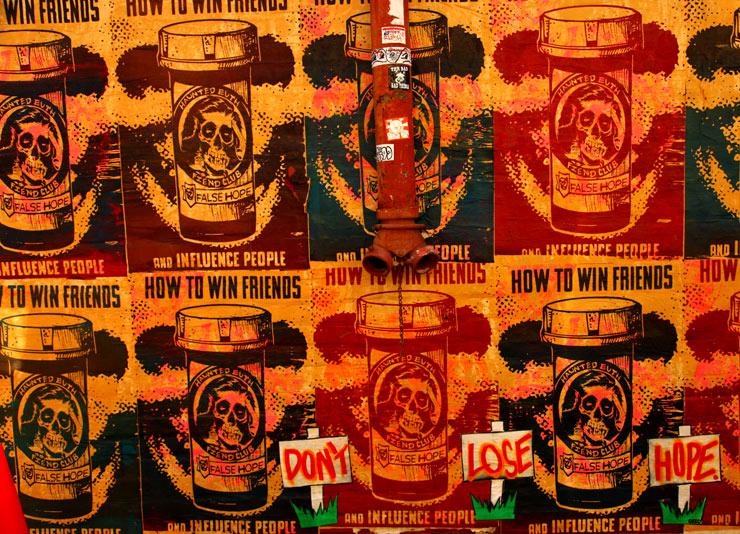 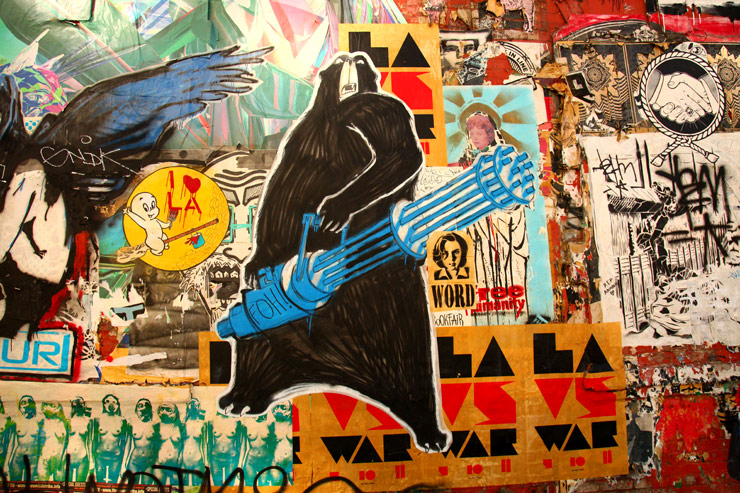 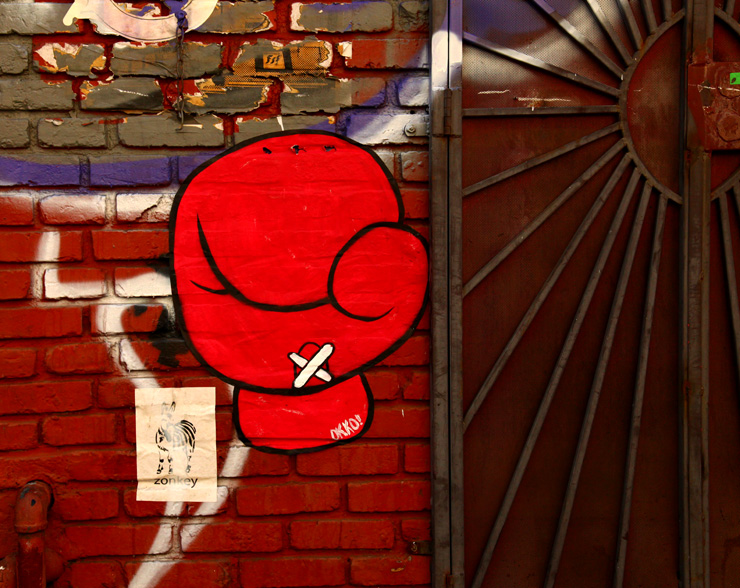 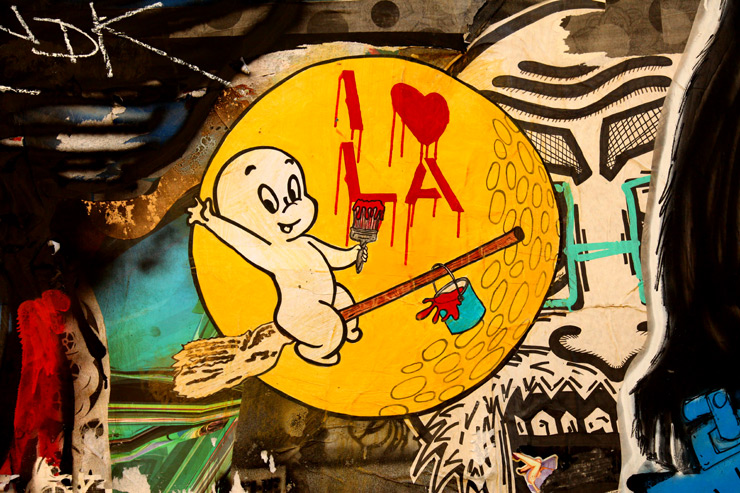 Daze is Hotter Than July in Baton Rouge for Mural Program
New York’s DAZE was just in Baton Rouge, Louisiana for some of the hottest painting weather he’s experienced and he’s happy he went.  Painting alongside folks like Seth, Hunto, Pose2, and Sabotaje al ...
SEBS is "Headvertising" in the Suburbs of Lisbon
An argument today from SEBS for the power of politically charged Street Art in the suburbs of Lisbon. He shares with us his new adaptation of a previous project on child labor called "Slaves 'R' Us....
BSA Images Of The Week: 05.19.19
Congratulations to all the runners in yesterdays BK Half Marathon - you all make us proud. Yo! NYC mayor says he wants to be president, but he got a rocky start with many protests in the streets ...
Banksy Hits Brexit With New Piece, MaisMenos & BLU Used EU Flag Earlier
The appearance of a new mural by Banksy in Dover, England caught the attention of many followers on his Instagram account and the mass media folks quickly reported on the new piece that comments on th...
BSA Images Of The Week: 12.07.14
Here's our weekly interview with the street, this week featuring Adnate, Amanda Wong, Clet, Dasic, David Walker, Droid 907, Eurotrash, Hunt, Jim Vision, Mr. Oneteas, Specter, and WUFC Crew. Top...
Brooklyn Street Art Casper FOH! Get Up Art Jaime Rojo Kryptik L.A. Arts District LA Freewalls Project Leba Los Angeles Lydia Emily OKKO! Steven P. Harrington UTV C/S Word 16