New Images from the “Young, Free and Wild” Show

They are a friendly group, these Street Artists from Australia, all gathered and spread out on walls organized with 941 Geary Gallery and White Walls in San Francisco, a sort of summer camp for escaped ex-pats. Aside from a bit of jet lag here and there, the energy is high and the artists have been banging out brand new work for the show, with the walls on the street whenever possible. 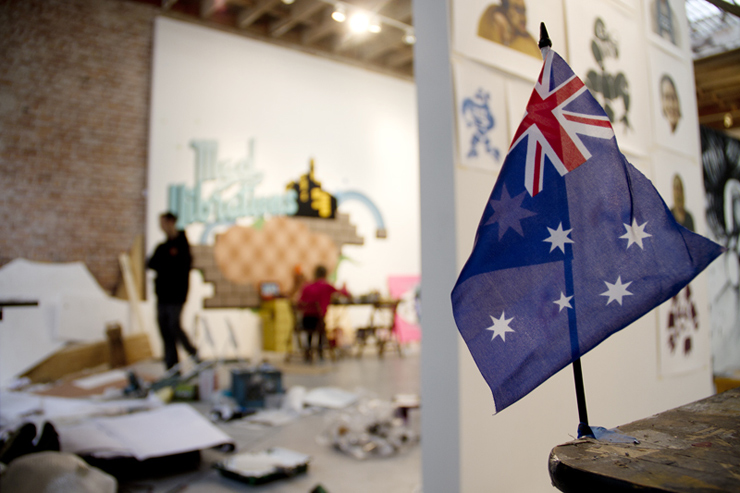 The installation inside the 941 Geary Gallery in San Fran. (photo © Andrius Lipya)

Among the group are names from the scenes in Melbourne and elsewhere – selected for their contribution to the Street Art story over the last few years, including Anthony Lister, Kid Zoom, Dabs & Myla, Dmote, New2, Ben Frost, Meggs, Ha-Ha, Reka, Rone, Sofles And Vexta. Of course, many of these same cats represent straight out of BK too, but it’s nice to see the countrymen/women get together for an Aussie wall blastacular. 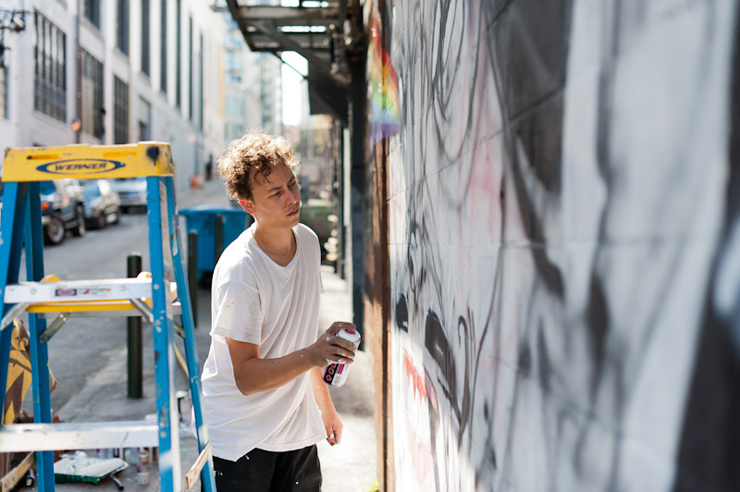 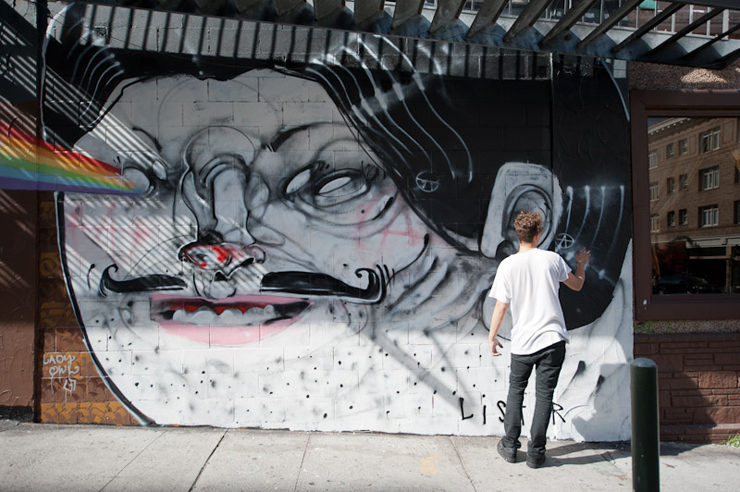 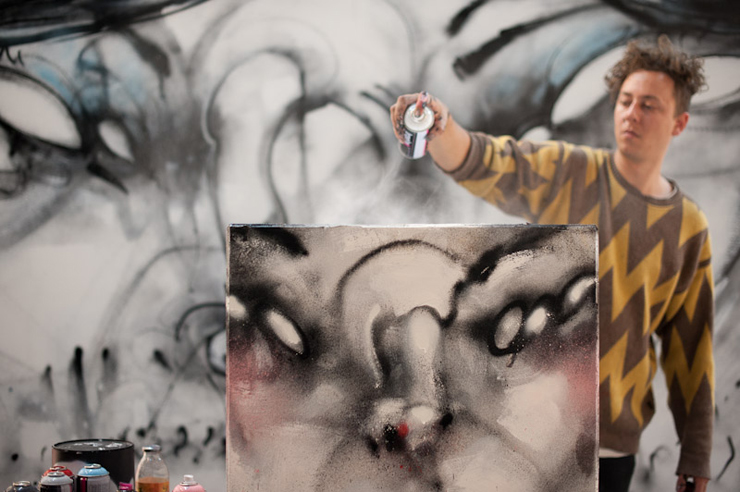 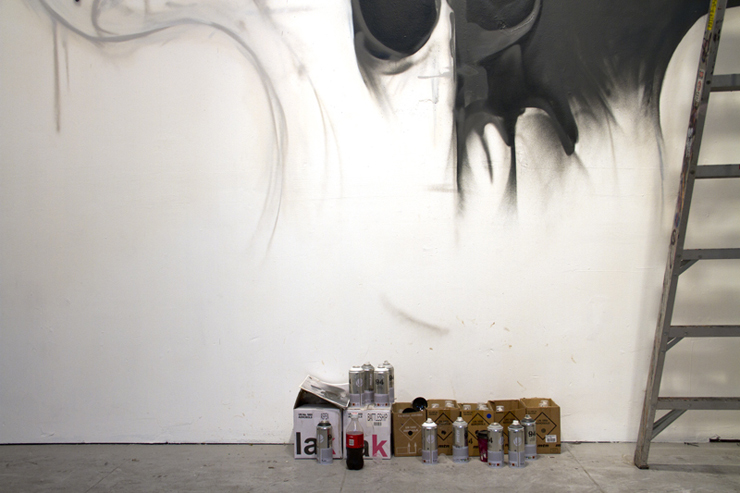 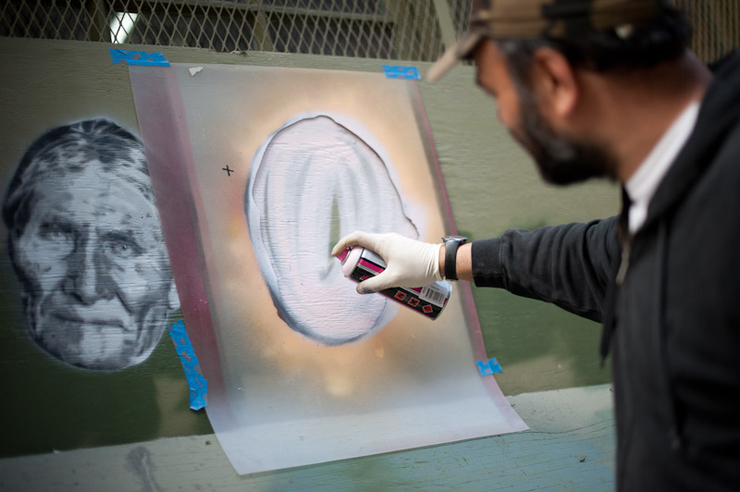 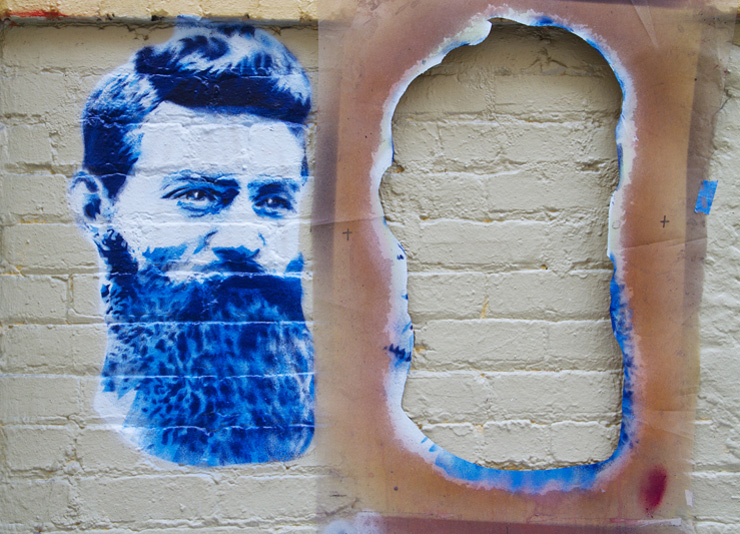 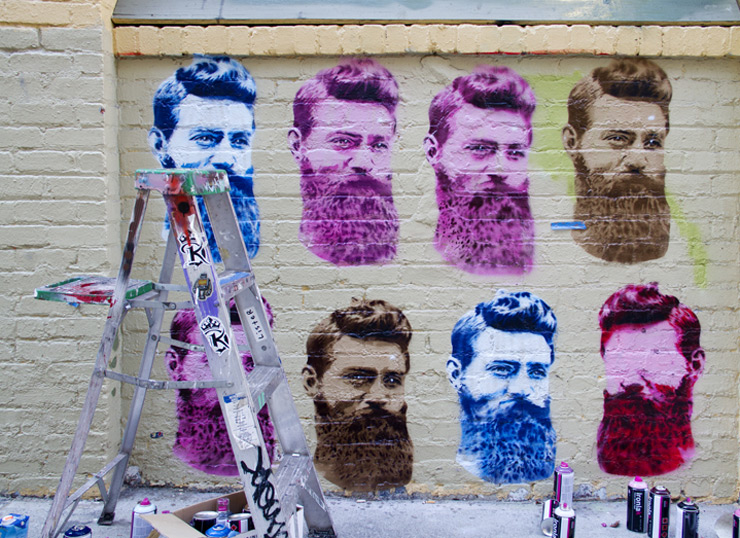 The installation underway inside the 941 Geary Gallery in San Francisco. (photo © Andrius Lipya) 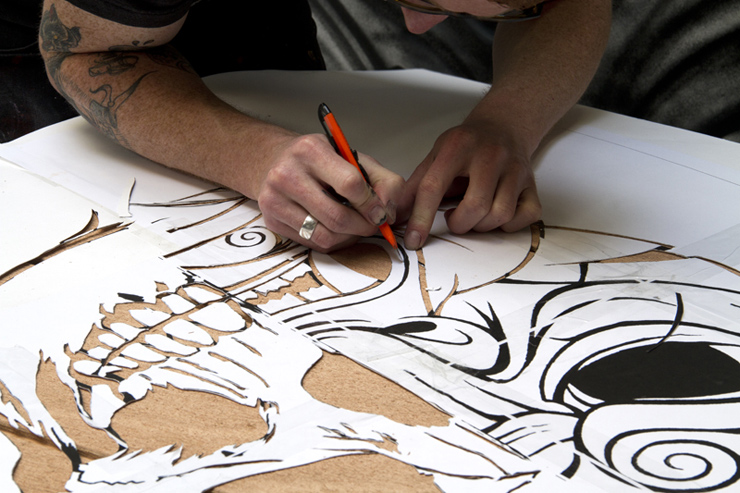 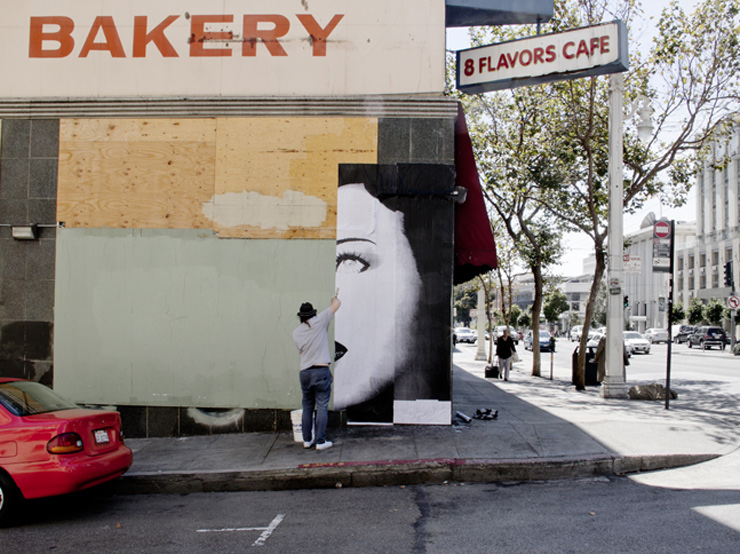 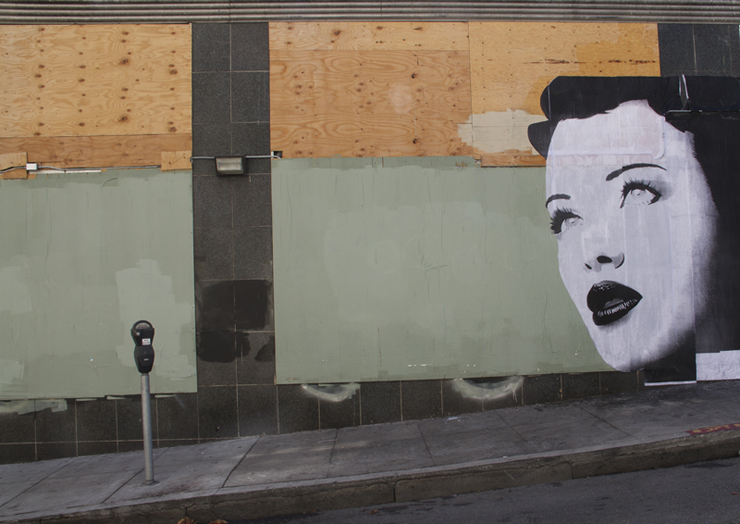 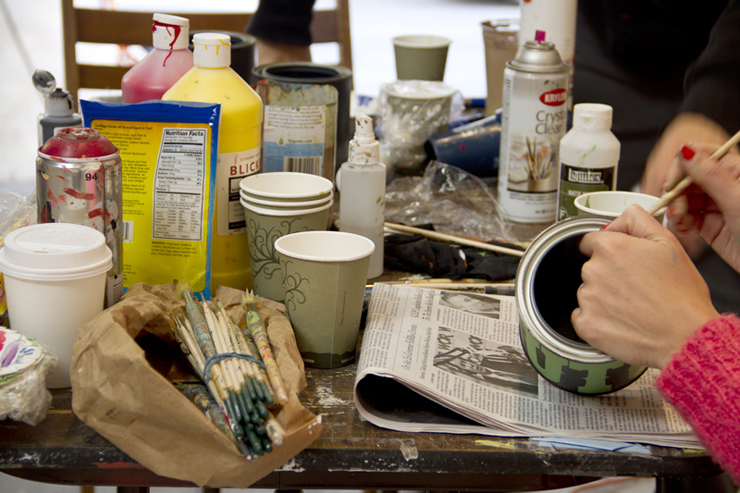 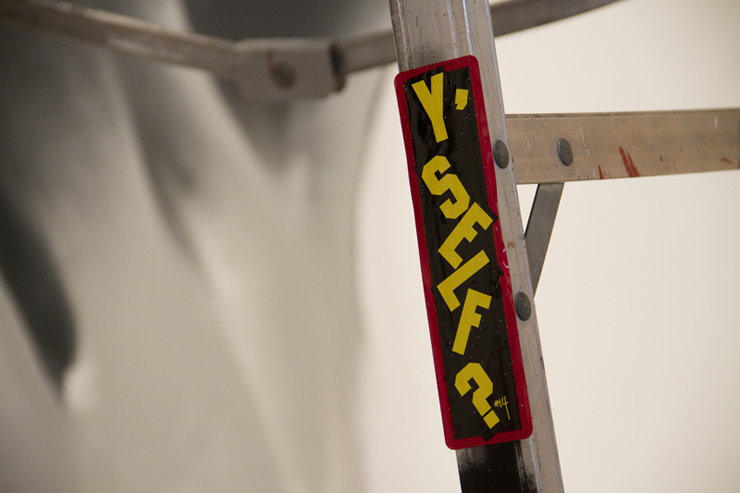 “Young and Free: Contemporary Australian Street Artists” is currently  on view at the 941 Geary Gallery in San Francisco. For more information on this show click on the link below:

Special thanks to Andrius Lipya for sharing with BSA these exclusive photos, and to talented writer and organizer Luke McKinnon for being such a pal.

BSA Images Of The Week: 01.14.18
A celebrated American, the New York poet Langston Hughes, leads off this edition of BSA Images of the Week, with a firebox posting of a portion of his work "Oh Let America Be America Again." A p...
Artists + Trash as Activism at "Trashplant" in Tenerife: Process - Part I
Art Activism (Artivism) in progress here this past weekend at the Trashplant Festival in San Cristobal de La Laguna, Tenerife, Canary Islands. A dozen artists have formulated installations directly in...
Rylsee Plays With Letters, Show Opens at Urban Spree
“How to Play with Letters” is the new monograph, “Other Inbox” is the show. Both are by RYLSEE, the visual artist from Geneva who now lives in Berlin and has been a member of Urban Spree for five year...
Tavar Zawacki Unveils in Sacramento with First Mural
Tavar Zawacki Unveils in Sacramento with First Mural
Artmossphere Dispatch 1 : L'Atlas, Sepe, Martha, and All Female Graffiti Jam
This week BSA is in Moscow with you and Urban Nation for Artmossphere 2016, the 2nd Street Art Biennale, a group exposition introducing 26 Russian and 42 foreign artists who were shaped by street ...
941 Geary Gallery Andrius Lipya Anthony Lister Australia Ben Frost Brooklyn Street Art CA Dabs&Myla Dmote Ha Ha Jaime Rojo Kid Zoom Luke McKinnon Meggs New2 Reka RONE San Francisco Sofles Steven P. Harrington VEXTA