“It was fascinating during the installation to observe neighbors who have seen one another for years stopping to hang out, talk and meet one another.  So it’s cool to think that after the images are down, the friendships will continue.” ~Jetsonorama

Street Artist Jetsonorama likes to take pictures of people and create large scale portraits of them to wheatpaste in their own community with the goal of fostering connectedness among neighbors. 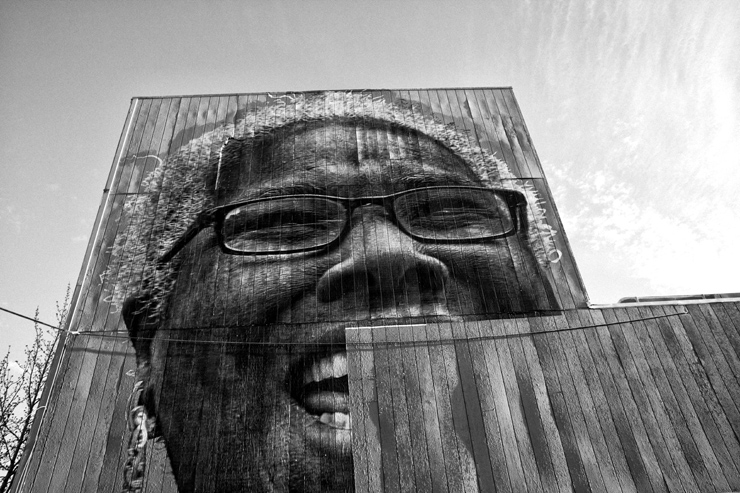 Using a friends’ building in San Francisco for a backdrop, he worked last week to put up portraits of two people and a neighborhood dog, BB.  The Dogpatch section of San Francisco is the only part of the city left standing after the 1906 earthquake and the fires that followed it. Officially deigned a historic district in 2003, the nine square block section was initially an immigrant neighborhood with hand-built workers’ cottages, factories, and warehouses, many still standing. 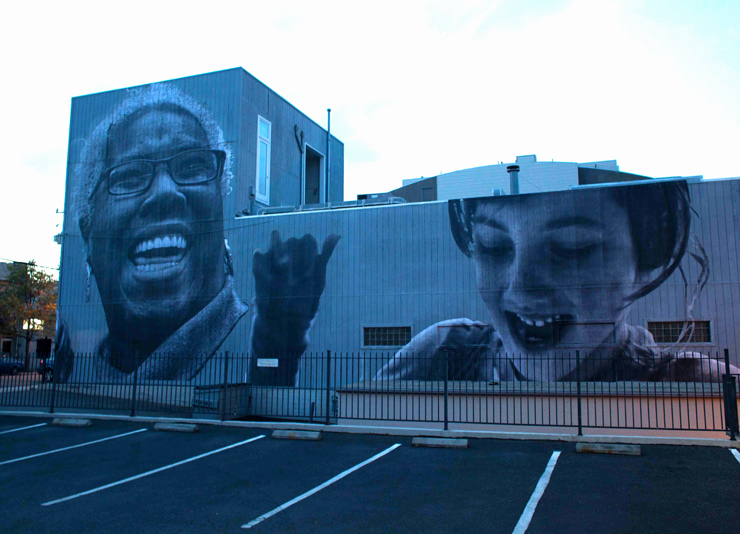 Jetsonorama gives us some background on the project here:

“Bruno Mauro of Ampersand International Arts in Dogpatch knew I’ve been exploring the idea of using art to build community through my wheat pasting project on the Navajo nation.  He was kind enough to literally offer me his home (after consulting with his wife, Surma), to pursue the idea of community building using his home as a canvas.

In exploring this idea here, Bruno suggested I meet Patricia Parker and her mother, who have lived in Dogpatch in their current house for 50 years or so.  Both Patricia and her mom attended Irving M. Scott school, which was built in the 1890s and is the oldest standing public school in San Francisco.  Together, these two people are dogpatch history, and they know it. 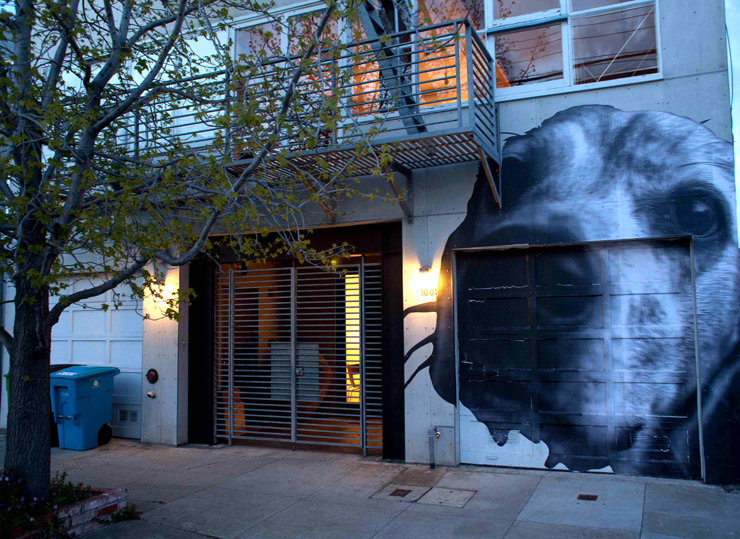 Imogen Doumani lives across the street from the gallery and from Pat.  She represents the youthful vibe coming into the neighborhood.  BB the beagle is representing those who give the area it’s name.

The piece is composed of regular bond paper from Fedex/Kinko’s adhered to the wall with wheat paste I made.  It’s susceptible to the elements and will go away with time.  My hope is that the conversations and community-building started with this project will continue long after the piece is down.” 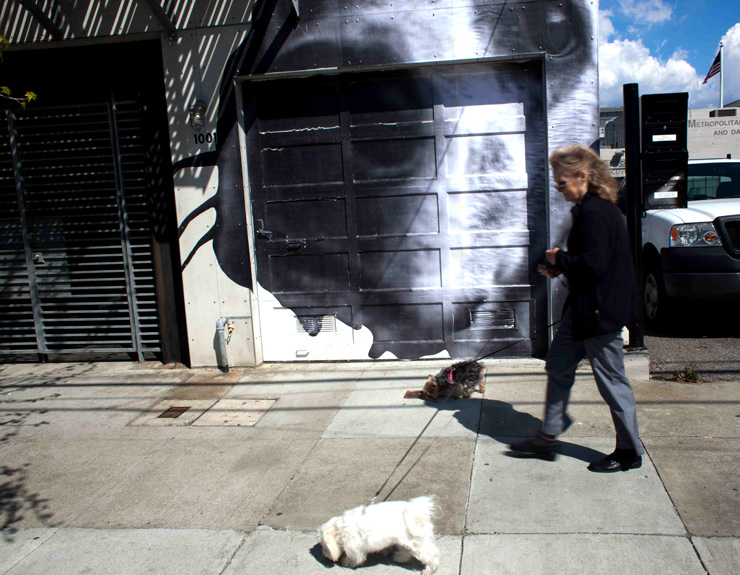 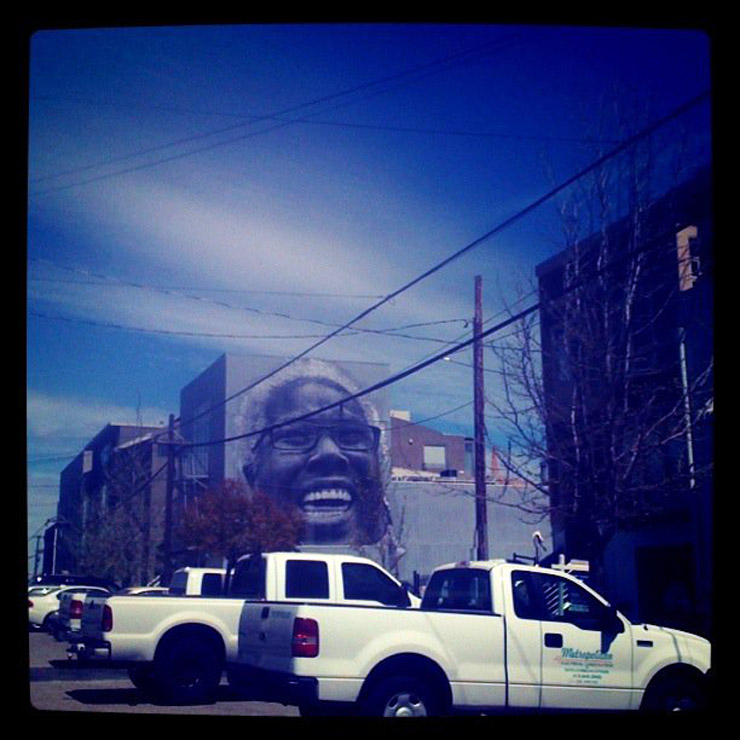 Joereal Takes Painting to the Roof top and Beyond (Video)
Joereal in Los Angeles likes to paint up on his roof and think about yoga and the spiritual life. He sends this brief video for you to contemplate many such things as you travel through this Saturday....
NUART Upate: Ella & Pitr & Giant Return for a "Melt Down"
Taking their inventive humor from St Etienne back up north to Norway this month, the French duo Ella & Pitr found that the weather was not quite as warm and agreeable as last August when they comp...
Paris Dispatch 2 : C215 and the Guys on the Street
We return today to the streets of Paris for Dispatch 2 with Norwegian photographer Tor Staale Moen, who tells us that the streets are alive with stencils and aerosol paintings as much as ever. Ou...
BSA Images Of The Week: 11.29.15
Rounding out the Thanksgiving week here as people think back on what they have to be thankful for in New York and across the US. Despite the class war on the poor, near-weekly proof of systematic ...
NUART 2014 x BSA Update 5 : Tou Scene Opens Tonight
Beautiful weather here in Stavanger this week - perfect for riding bike all over to find artists walls and check out some hidden spots under bridges and abandoned lots. On a side note, this hotel ha...
Brooklyn Street Art Dog Patch Jaime Rojo Jetsonorama San Francisco Steven P. Harrington