Tonight it will be 7 degrees farenheit in Brooklyn, and the wind will blow down the East River to the Verrazano, around Coney Island and the Rockaways in a bashing fashion. New York City in January can be an inhospitable and unfriendly city, especially if you are a new arrival. “Where are all the people?” New Yorkers, all clad in blacks and grays pile out from the subway tunnels in droves and scurry fast down the sidewalk, like ants whose mound has been disturbed. The puffy fashions often mute gender, causing a great many otherwise fashionable or sexy dudes and dudettes to look like large tubers. Outside is a place to pass through as you stomp toward your dwelling without looking around or upward. Exhausted by layers of fabrics and zippers and buttons and laces and pulling on, over, and off – dropping bags and backpacks, the peeling off wet socks and salty boots are the final salvo before collapse. Depressed yet?

The flip side of this is that a lot of Street Artists are working in their kitchen/toolshed/studio right now and really putting a lot of effort into it – some are even stockpiling like squirrels for spring.  If it is sunny for a minute in the afternoon, and you can peer over your scarf on the icy snow piled sidewalks of Brooklyn for a second you’ll see there is some new Street Art here and there. There is  one reason to go outside and it’s encouraging to see that some street artists that call New York their home have been getting up despite the elements. It’s not really surprising to find that Street Artists are a scrappy lot; it kind of goes with the territory. Nonetheless it can bring a smile to your frozen face. Happy Winter. 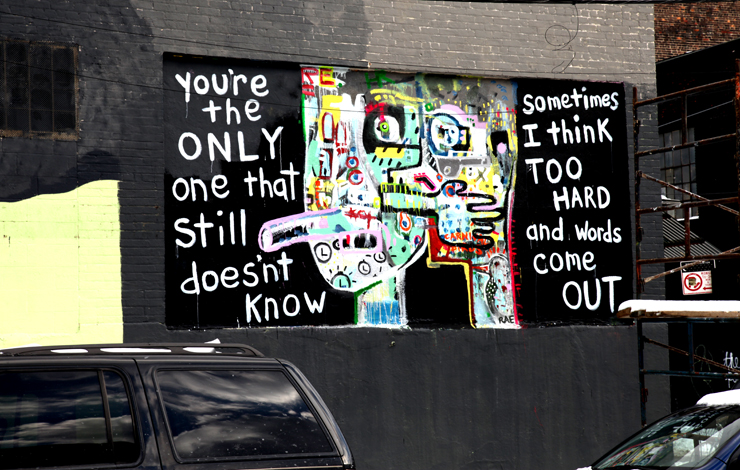 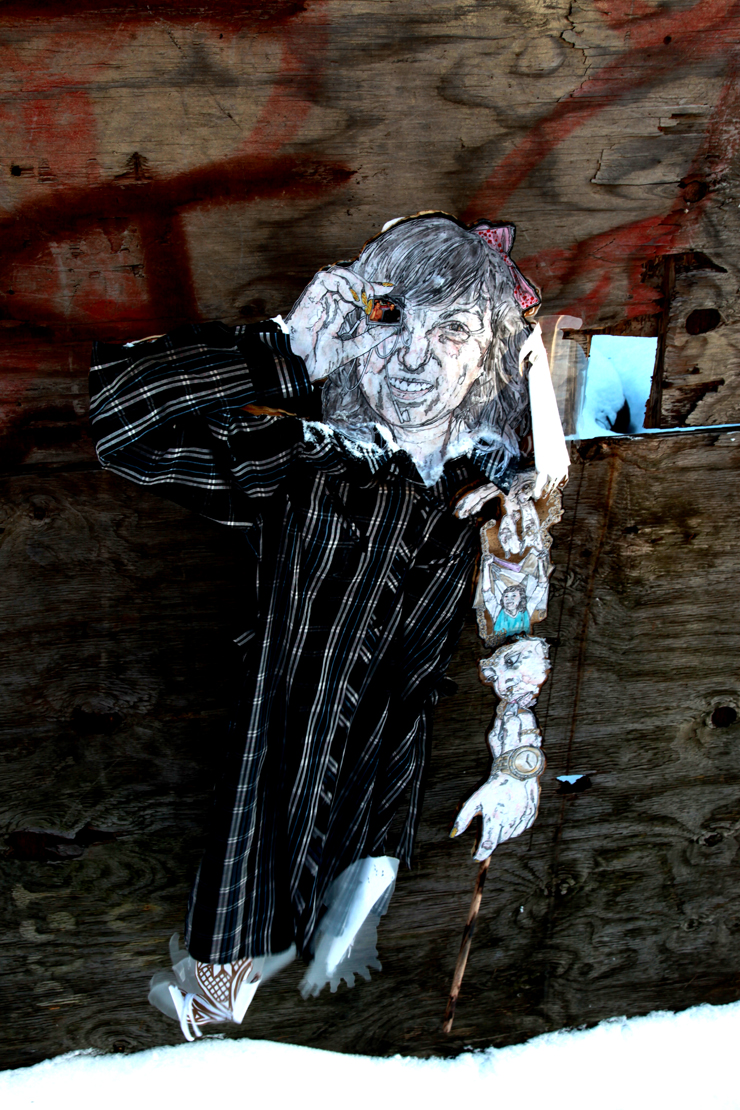 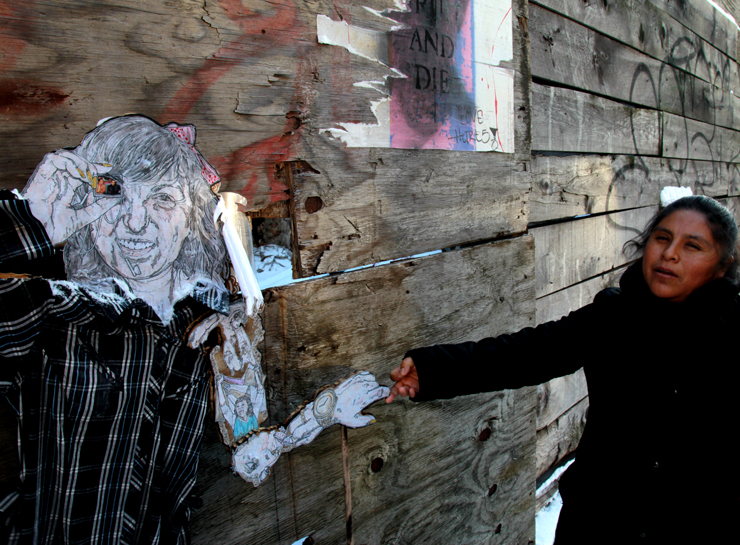 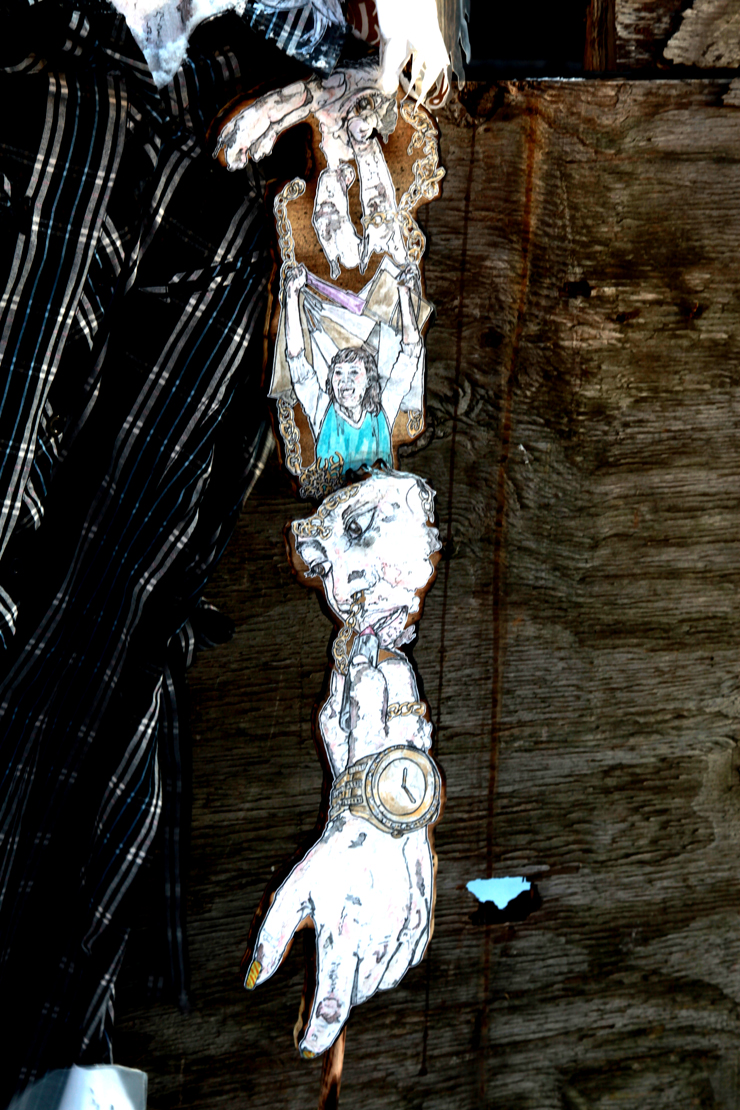 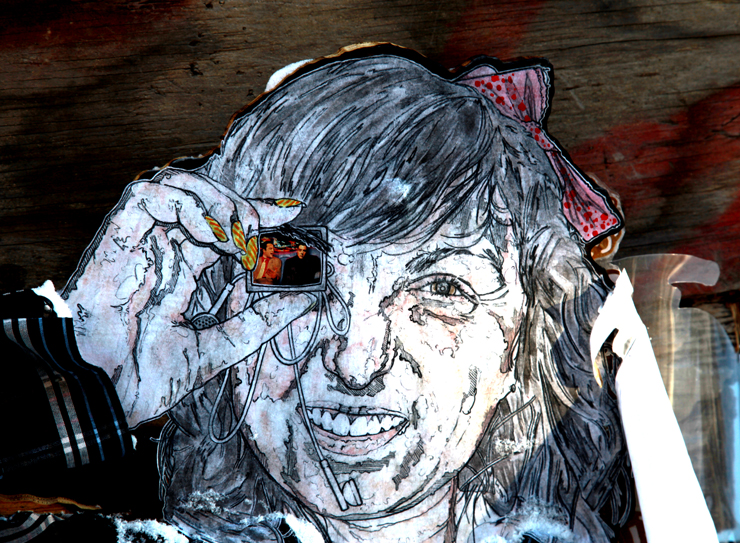 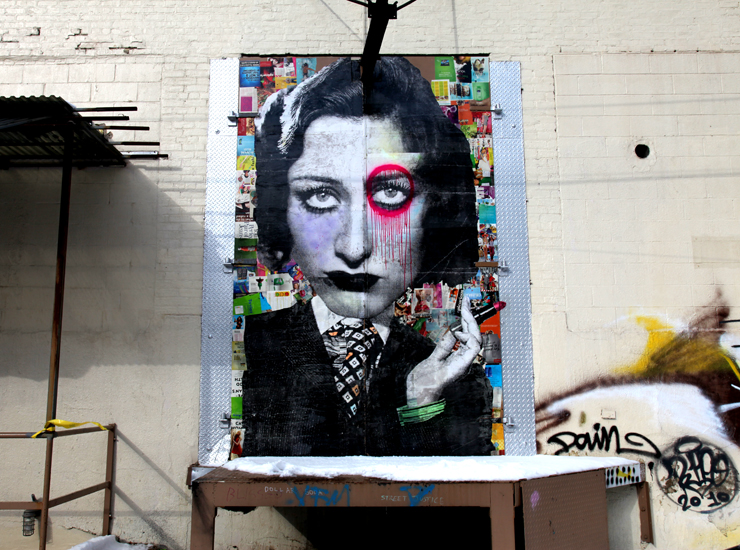 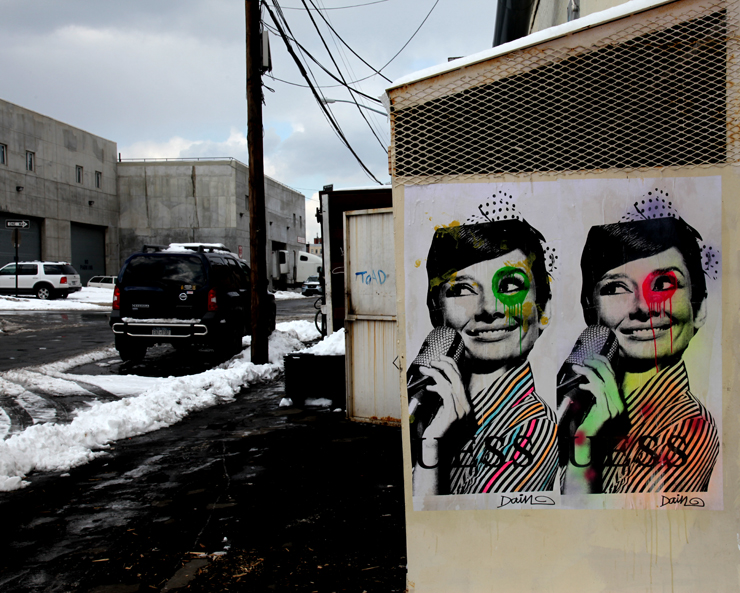 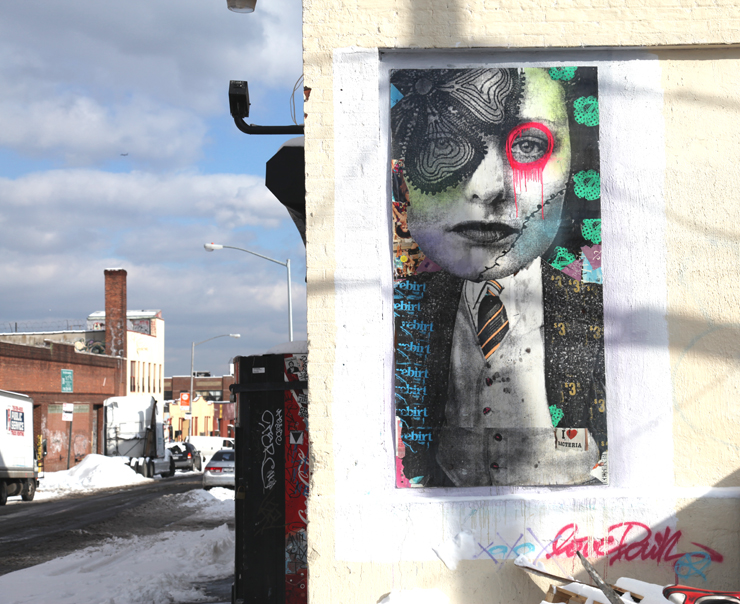 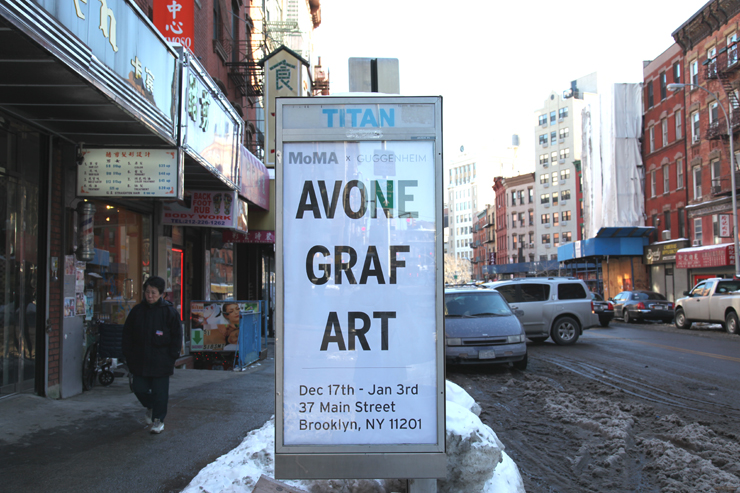 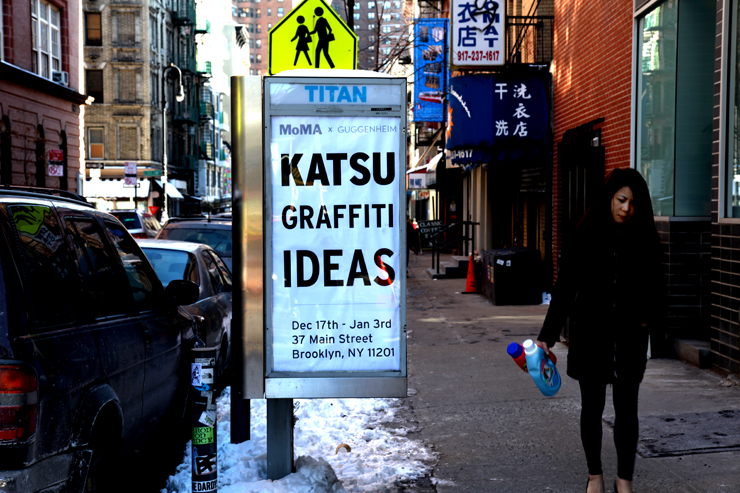 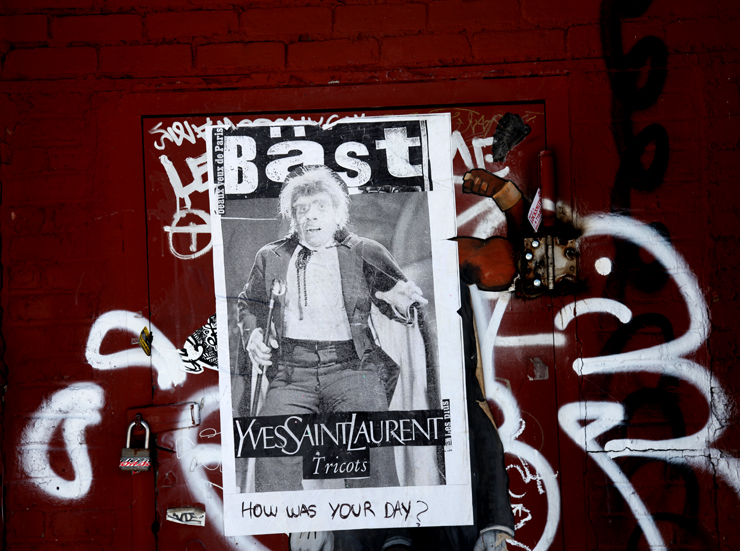 “Oh, fine thanks, except that I had to kill my boss.” Bast  (photo © Jaime Rojo) 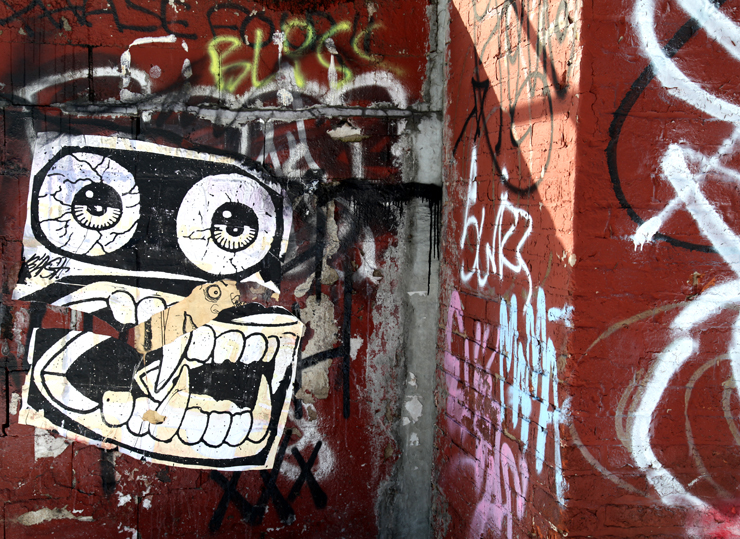 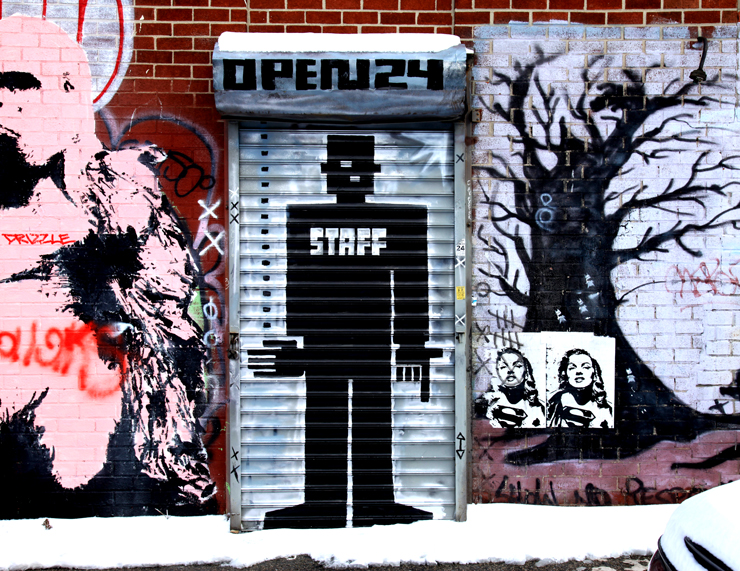 Skewville shows you to your entrance (photo © Jaime Rojo) 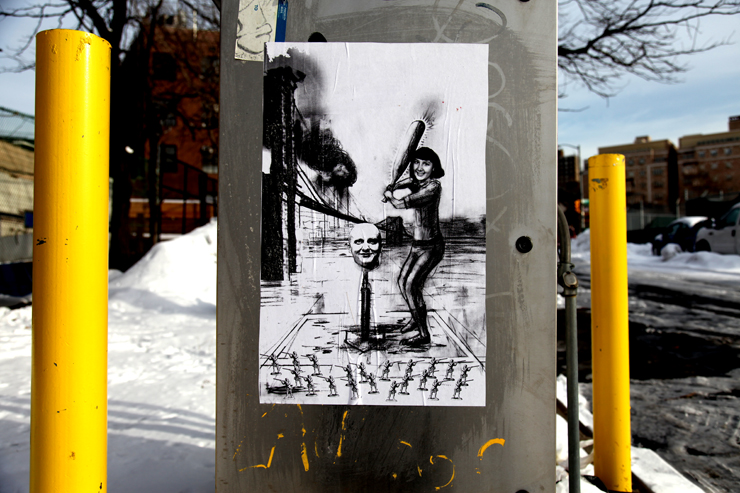 On to warmer climates…. and here are some more images from the glut of new work in Miami that we’ve been showing you this month. 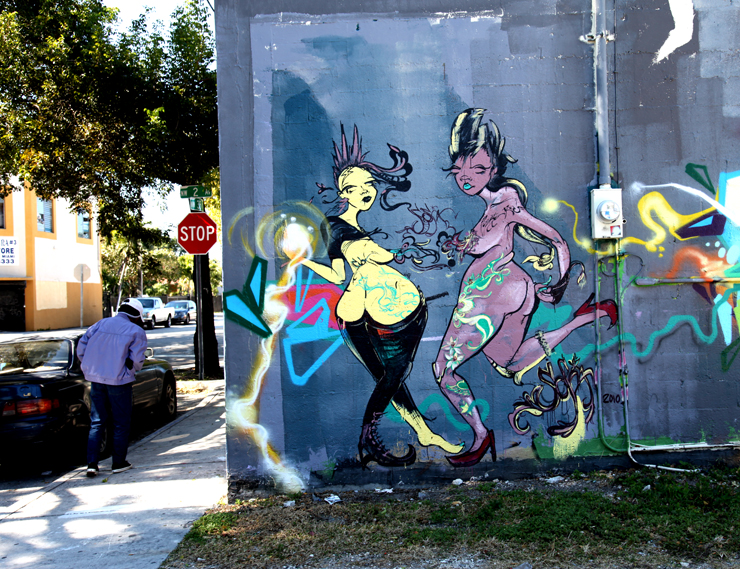 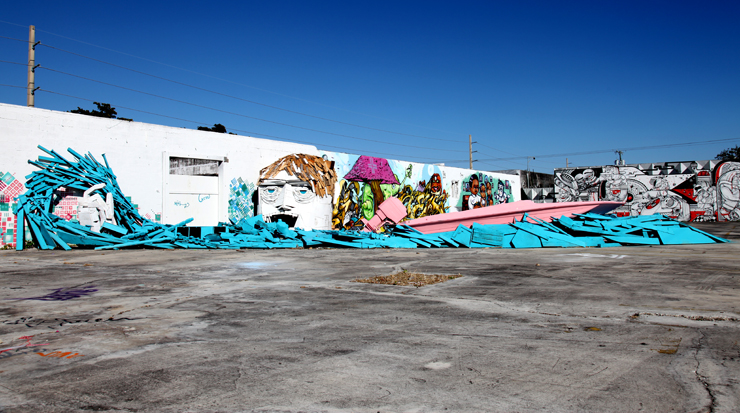 Jim Darling created this expansive sculpture made entirely from found objects. We learned that the owner of the lot was at first pretty disturbed by the accumulation of junk until the piece began to take shape. Now of course they love it and the streets are a little cleaner too. Primary Flight Miami 2010  (photo © Jaime Rojo) 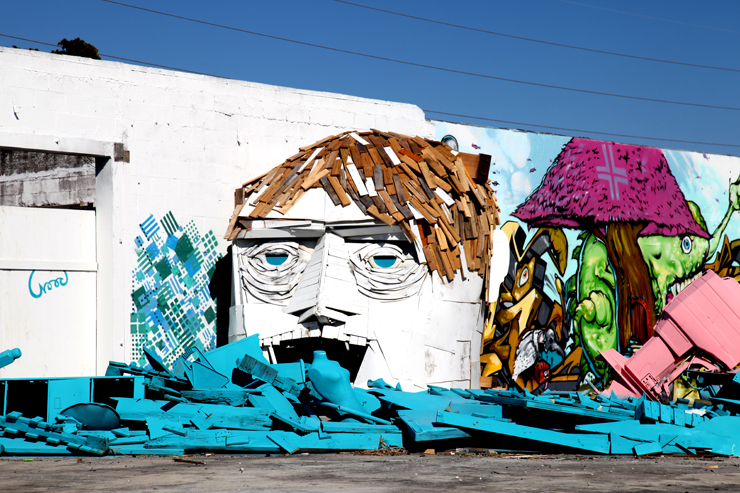 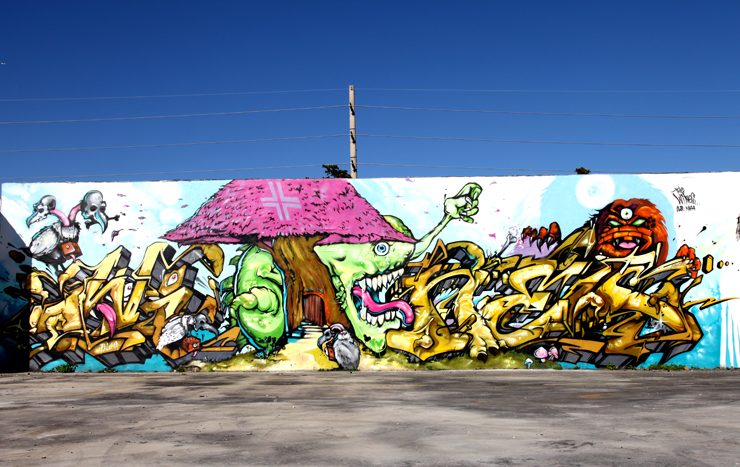