The vastness of the world can become limited by the familiar as we march or stumble or crawl mindlessly through the habitual behaviors of day-to-day existence, creatures of habit as we are.  With the simple act of miniaturization and thoughtful placement, London based Spanish street artist Issac Cordal magically expands the imagination of pedestrians finding his sculptures on the street.  With the master touch of a stage director, his figures are placed in locations that quickly open doors to other worlds that you don’t know of, but evidently exist. 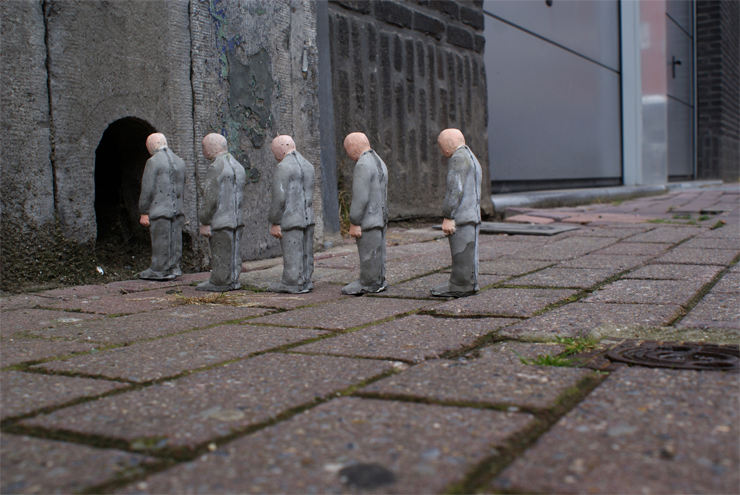 “Cement Eclipses”, is a project of small cement sculptures that began while Cordal studied fine arts in Pontevedra, Spain in the early 2000s.  Meant as a critique of the rapid overdevelopment (and subsequent public debt hangover) of the Spanish coast over the last decade, “The figurines represent a kind of metamorphosis through which an urban human leaves his role of citizen and begins merging with the city and slowly becomes part of urban furniture,” explains the artist. More broadly the installations can be interpreted as post-modern alienation, complete with feelings of dislocation in the built environment. 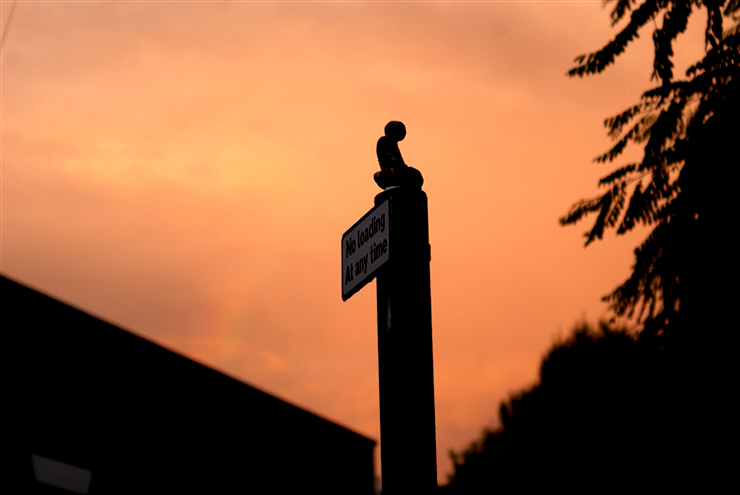 Some figures march lock step with slumped shoulders single file, overwhelmed and pummeled into conformity. Single figures freeze bewildered in an artificial environment of concrete, molded plastic, and urban residue.  Singular men and women are suspended and isolated in a motion or pose that can take on multiple meanings. The sympathetic figures are easy to relate to and to laugh with; meticulously placed in scenes that provide a looking glass into a world strangely akin to your own.  Describing the characters and the world they live in, the artist talks about urban man’s “voluntary isolation and alienation from nature, hiding himself among sidewalks, streets, walls,” and you can almost feel sorry for the figurines. And you might knowingly chuckle. 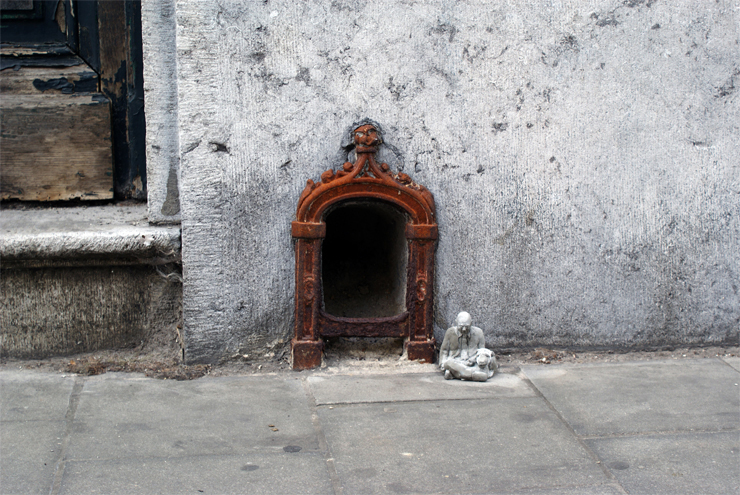 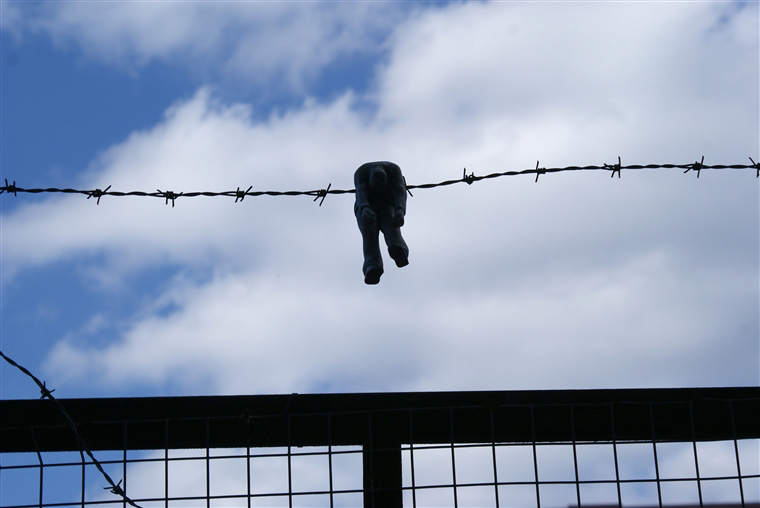 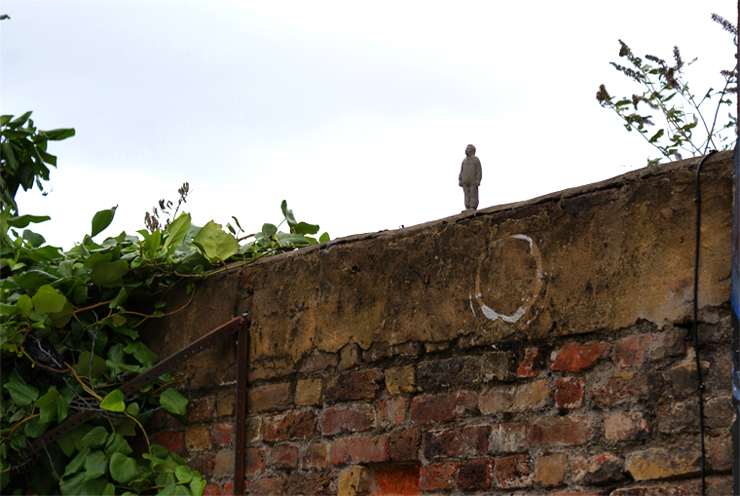 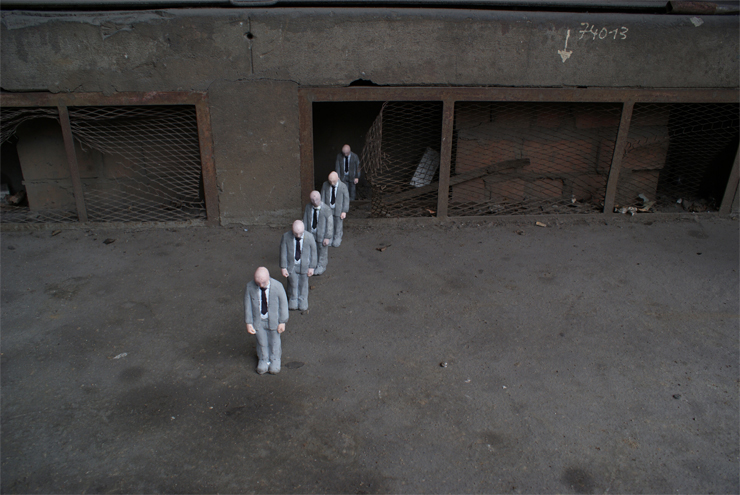 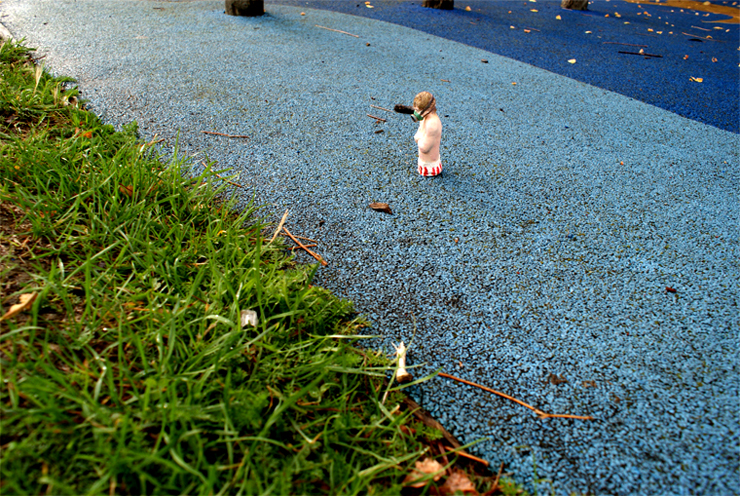 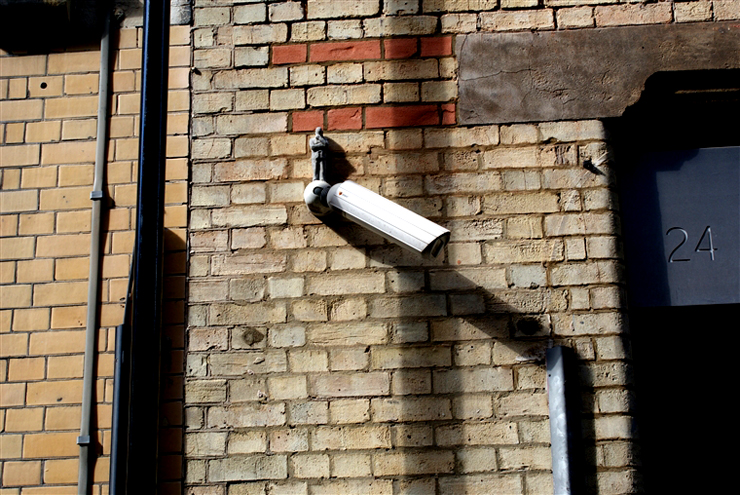 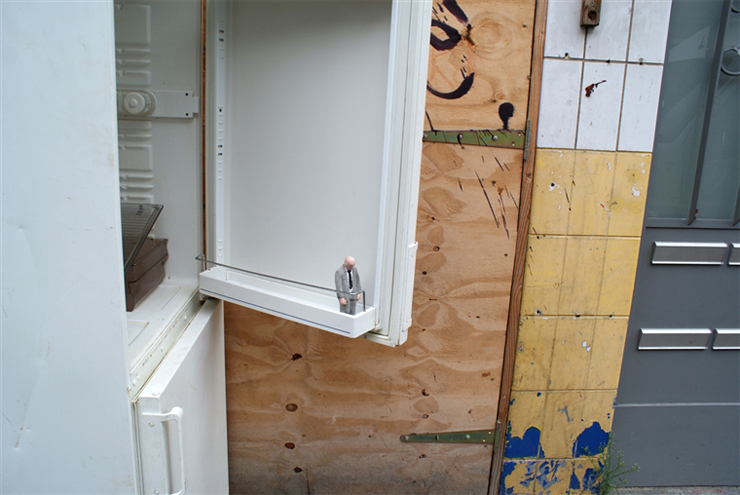 All images are courtesy of the artist and are ©Isaac Cordal

Visit the artist site for more on his Cement Eclipse project:

Nuart Aberdeen 2017: Full Roster of Artists Confirmed
And then there were 11. With yesterday's official announcement that Norwegian artist Martin Whatson and Belgian artist Jaune will be participating this April at NUART / Aberdeen the full line up of...
NUART 2014 x BSA Update 3
On this third day at NUART we'd like to bring you a bit of the good humored craze that's happening right now as some of the artists are finding their spots. We also wanted to give a sense of the exi...
Judith Supine is "Too Much for One Man"
Bloated heads, severed limbs, plump and luscious lips; these are the fruits harvested from art, fashion, and porno magazines, carefully cut from their previous contexts and precisely reconfigured to r...
SatOne Leads Us to Lake Erie with "Flotsam"
Like many North American cities, the so-called "free-trade" pacts, globalism, and corporate capitalism have left scars on this city by the great Lake Erie, so-named Erie. Sat One. "Flotsam". Dobbi...
Street Artist Ethos Surreally Big in LA
Bryson Strauss and the L.A. Art Machine keep an eye on global art phenomena and support the ongoing conservation of Los Angeles' substantial outdoor mural collection, continuing to promote a vital art...
Brooklyn Street Art Isaac Cordal Jaime Rojo London Spain Steven P. Harriingto