Today we traveled with General Howe within Red Hook to recall and honor the skirmishes and dead that began to pile up; also to stuff papers with proclamations by the actual General Howe in Park Slope. That political animal, the British General Howe whom our intrepid street artist has taken his name from, used propaganda in this handbill to try to convince new Americans living in Long Island to switch it up and be nice subjects of the King of England.  In his handbill, he promised that all would be forgiven, generous General that he was;

Twisting their status as freedom lovers into dolts who had been duped, he offered those who were ” forced into rebellion, that on delivering themselves up at the head quarters of the army, they will be received as faithful subjects; have permits to return peaceably to their respective Dwellings, and meet with full protection for their persons and property.”* 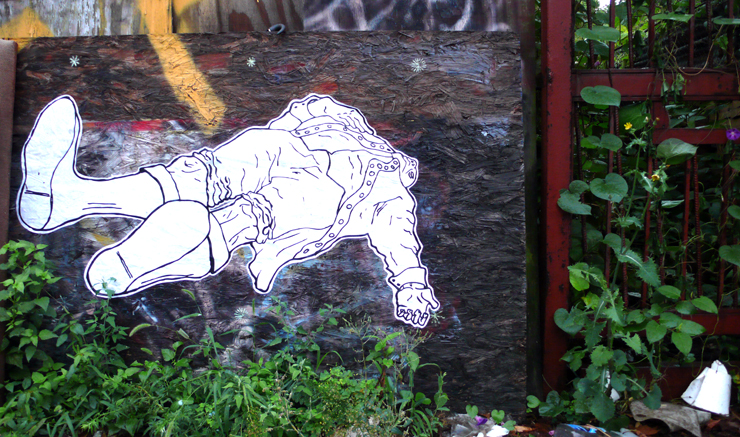 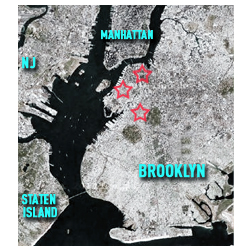 The Action: General Howe releases a proclamation as a hand bill soliciting support for the British in their pursuit to reclaim the colonies. Howe entreats both Loyalists and slaves who are promised freedom in exchange for fighting on the British side. German soldiers, hired by the British, arrive to assist in the war. Patriot soldiers from Manhattan and New Jersey continue to flow into Fulton Ferry to reinforce the American forces in Brooklyn. 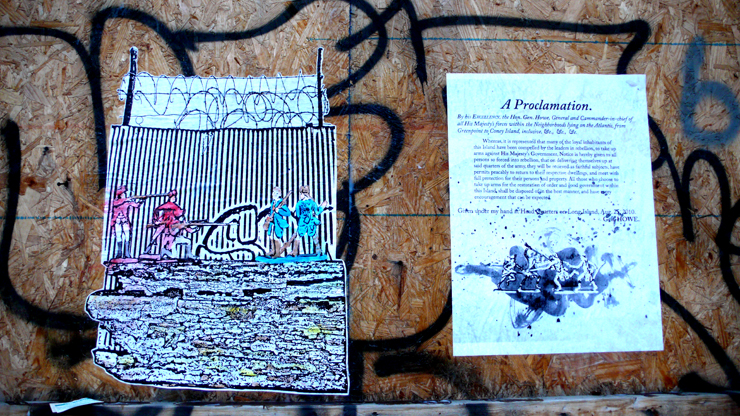 General Howe’s gentle parody of himself shows his soldiers on a log of wood against a graffitied corrugated metal fence with razor wire. This nested self referential paste up is next to the proclamation by the original General Howe. Confused yet?  (© Jaime Rojo) 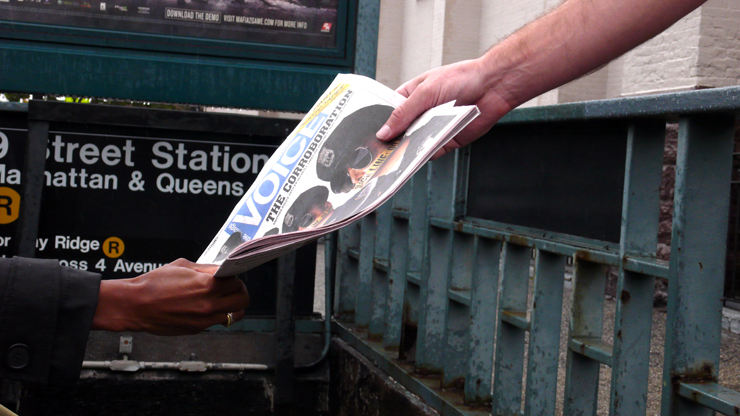 “Read all about it! Todays’ insert tells how to surrender to the King!” General Howe (© Jaime Rojo) 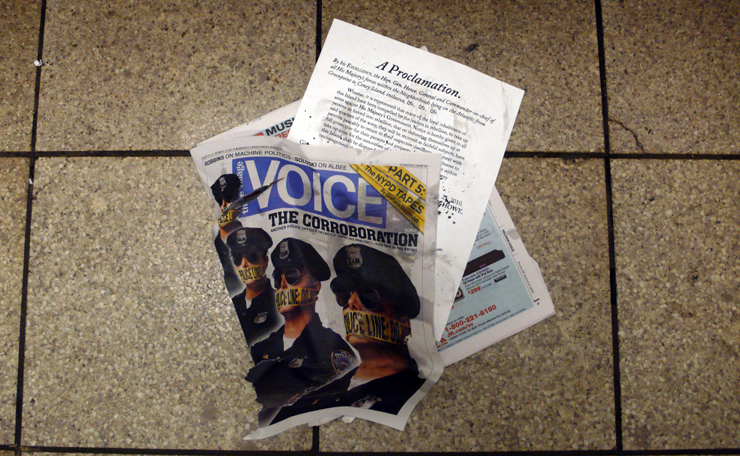 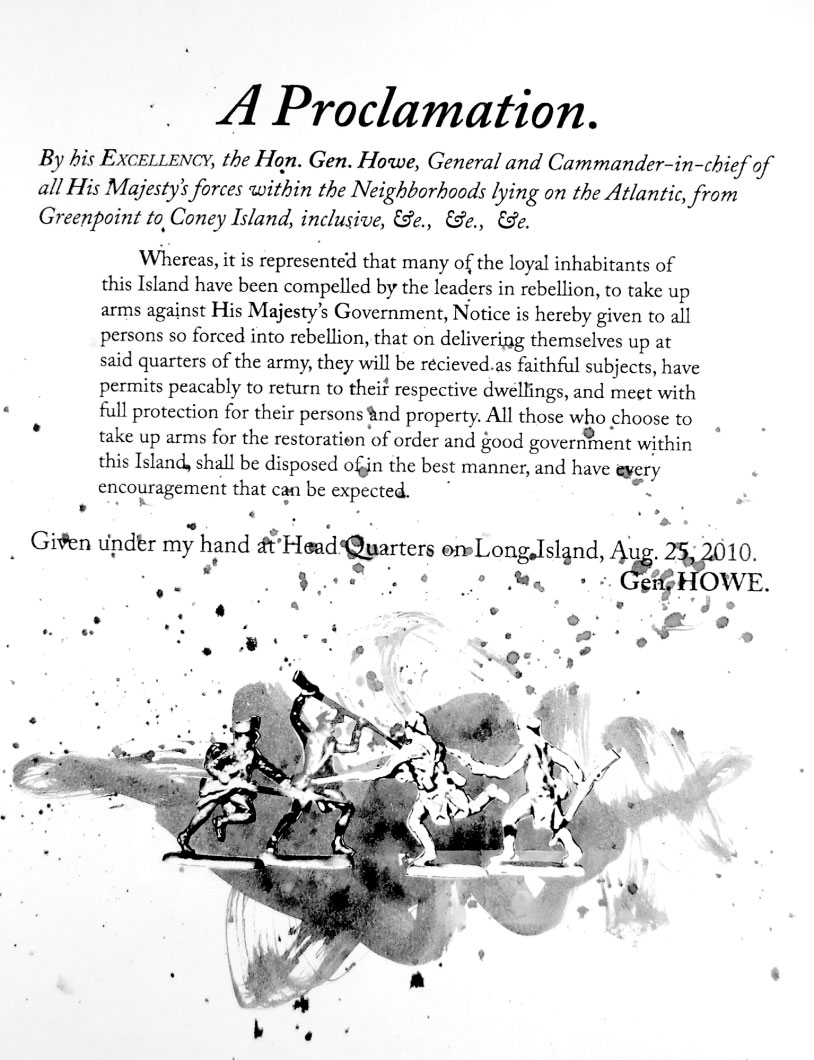 Images of the Week 01.25.09
A look at some of the weeks finds from the gallery on the street.
"KAWS: What Party". Need a Companion?
Highbrow art institutions have coalesced behind a small recurring collection of well-known graffiti/street artists in recent years, granting them a lot of space and a powerful entrée to blue-check me...
BSA Images Of The Week: 12.03.17
While You Were Sleeping is a Korean TV series about a woman who can see the future in her dreams, and a prosecutor who fights to stop these future events from happening. The title also makes us th...
ASHOP CREW In Sacramento, via Jim Prigoff
Montreal’s ASHOP crew is a complete team of talented writers and painters who can handle the commercial jobs – but when it comes to having fun they just want to hit the wall with their own stuff for ...
BSA Images Of The Week: 07.17.16
Welcome! Here’s our weekly interview with the street, this week featuring American Puppet, Ant Carver, CDRE, Consumer Art, Crisp, Dain, David Hollier, Dee Dee, El Sol 25, Jules Muck, Myth, Ron ...
Avail Art Battle of Brooklyn Brooklyn Brooklyn Street Art Coney Island Flatbush Pass Fulton Landing General Howe George Washington Jaime Rojo Kianga M. Ellis Red Hook Steven P. Harrington