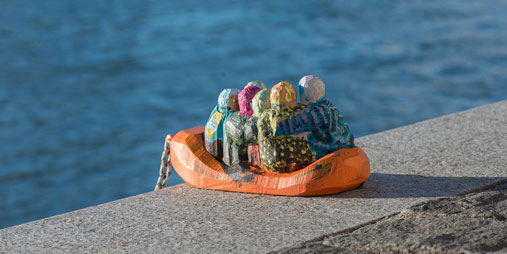 As much of Europe is actually the recipient of refugees arriving in boats from war-torn countries, this image of a small boat filled past its capacity with people has a lot of relevance to people in Basel, Switzerland who spot them. 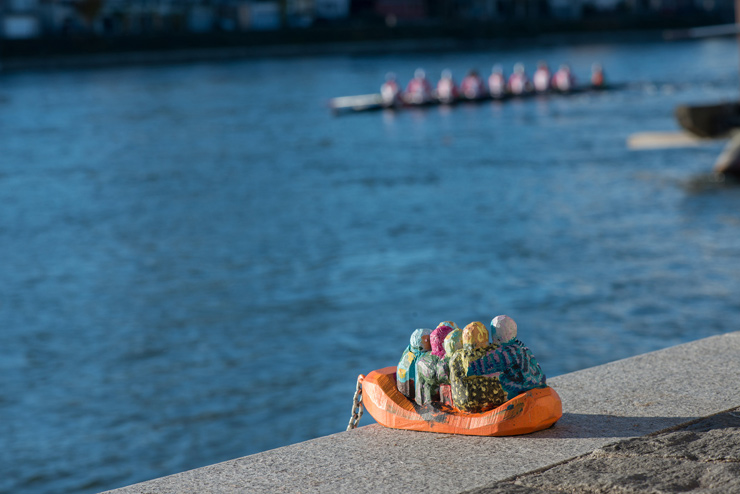 The tiny concrete sculptures by a Street Artist who goes by the name of Rough.eq are usually attached via lock and chain near a body of water or stream or inlet, and a viewer can quickly begin making associations with the plight of people leaving home forever to go upon dangerous seas.

Other times the diminutive refugees are landlocked, or sitting in snow – giving perhaps an even greater sense of being adrift in unknown, unrecognizeable territory and the difficulty many people experience when trying to assimilate in what can be a strange and confusing society. 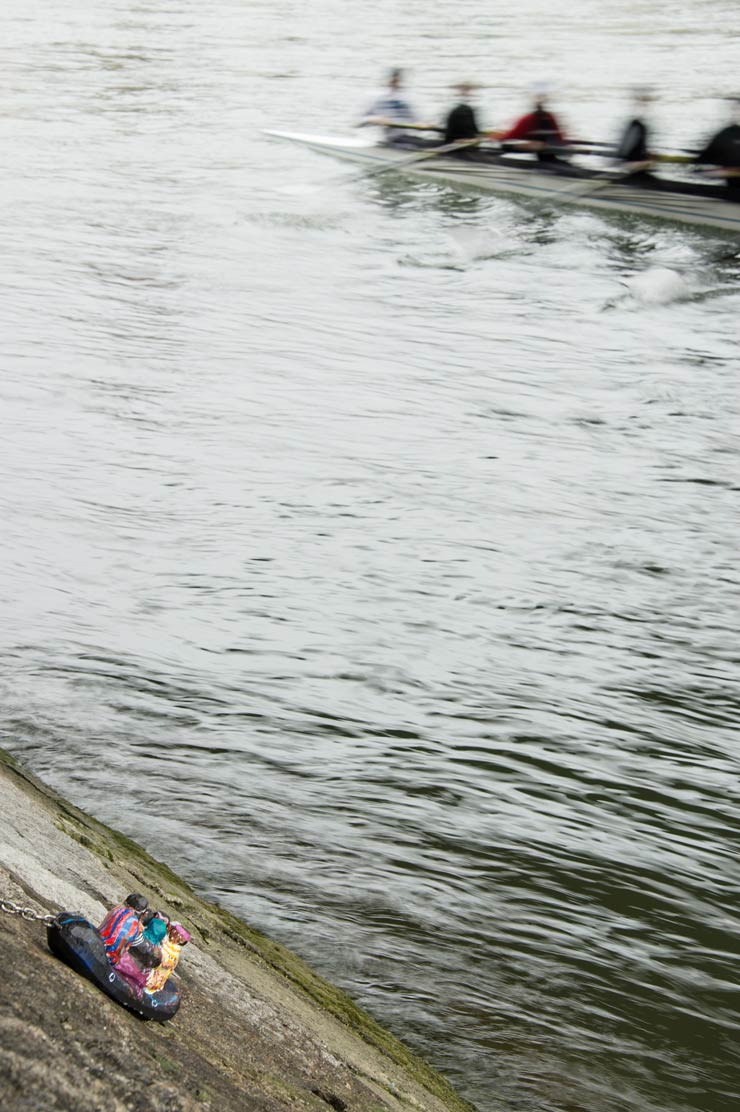 As frightening as the stories that immigrants and refugees tell of riding in overloaded and insecure vessels to escape war, poverty, persecution, they are increasingly in danger of not feeling safe in their country of destination, thanks to a rising xenophobic sentiment in some places.

The economic burden is not always easy to take on, and natives worry that the host culture will be changed in fundamental ways that they will not like. Some times the culprit is simply racism and fear of the “other”.

For Rough.eq, the response to his pieces has been quick, but it is hard to tell if it is supportive or the opposite.

“Three out of these four of my “Lock Ons” have already disappeared,” he tells us. 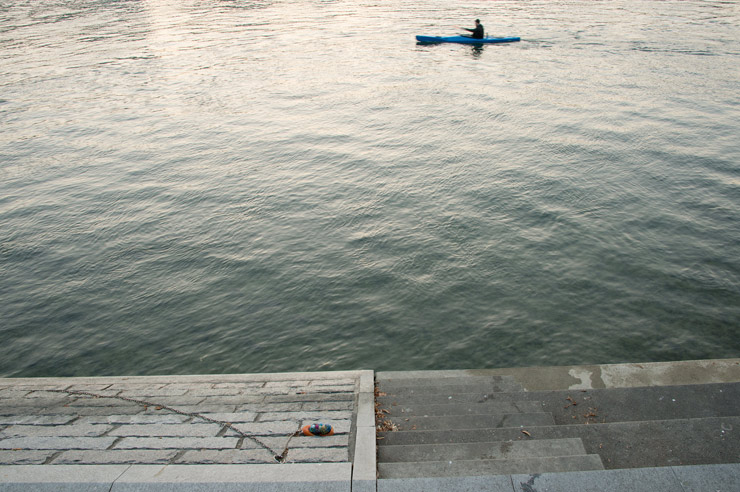 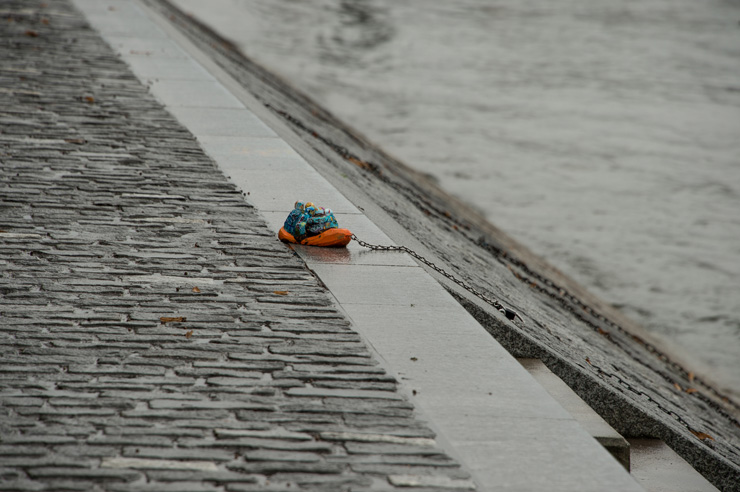 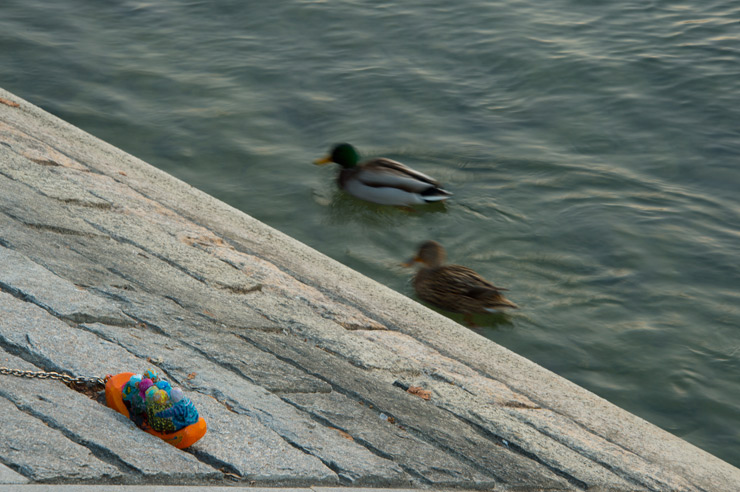 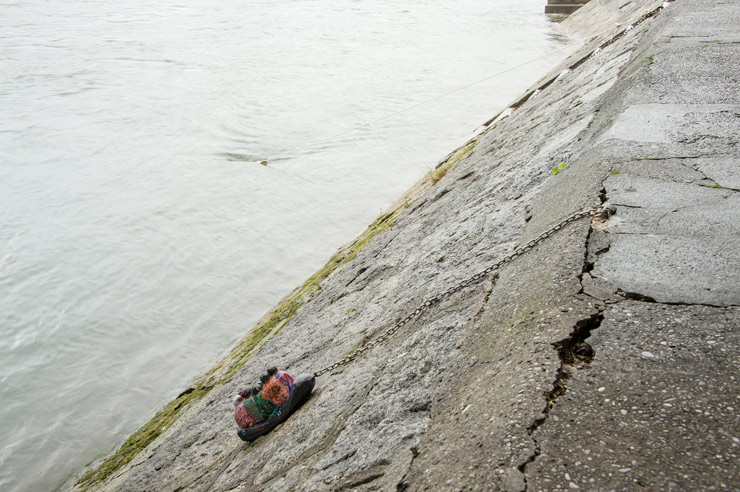 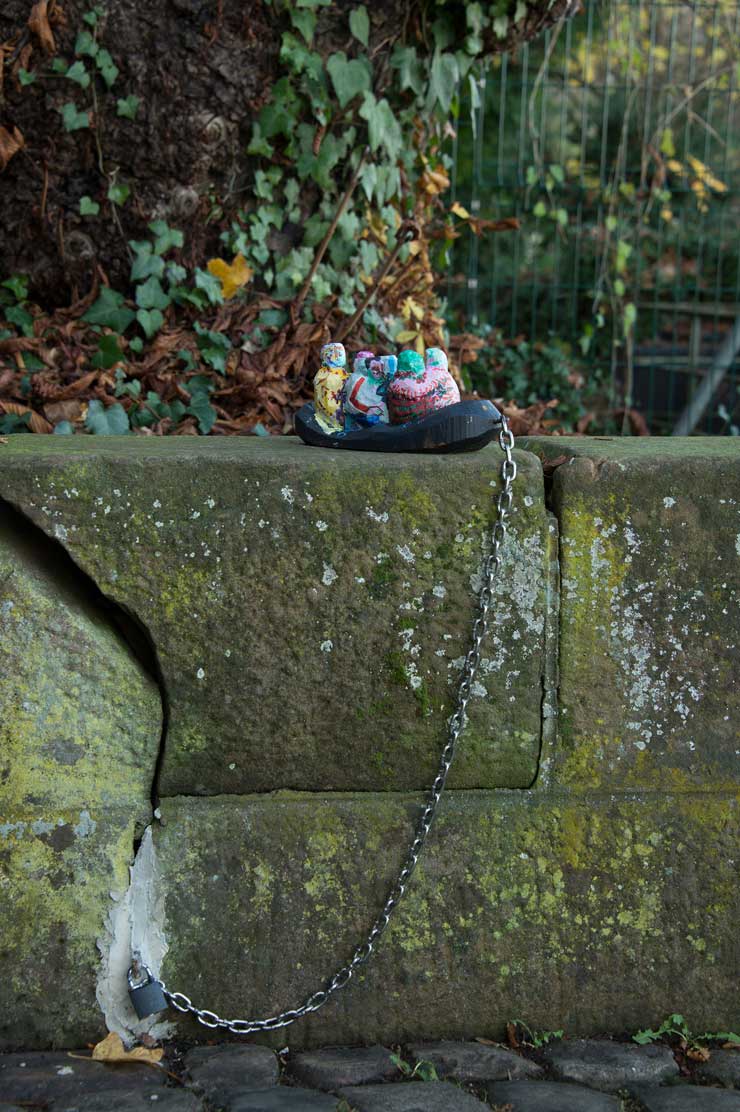 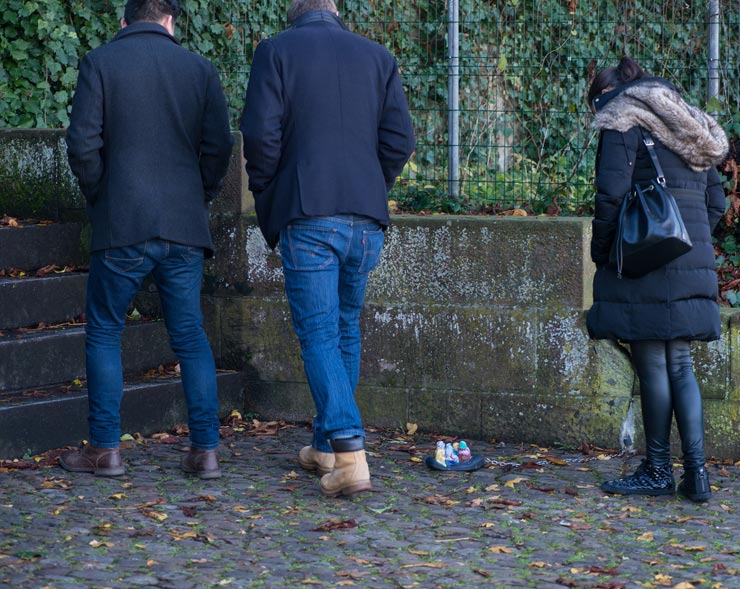 San Francisco Survey : Street Art and Graffiti
“It was the best of times, it was the worst of times, it was the age of wisdom, it was the age of foolishness,” so says Charles Dickens in the opening paragraph of A Tale of Two Cities, and who can’t ...
Queens Hit "Top To Bottom" by New Mural Project in L.I.C.
The spirit of New Yorks' 5 Pointz graffiti/Street Art holy place has popped up in the same Queens neighborhood where it was demolished in 2014, and since last summer more than 50 local and internati...
BSA Images Of The Week: 05.01.16
"Hooray! Hooray! The first of May. Outdoor f***ing begins today!" - Or at least that's what we learned in school. Brooklyn's hawthorn trees and lilacs are in bloom, as are the cherry trees in the...
BSA "Images Of The Year" For 2018 Video
Here it is! Photographer Jaime Rojo of BSA selects a handful of his favorite images from his travels through 9 countries and around New York this year to present our 2018 BSA Images of the Year. Seein...
Futura 2000 In Studio and "The 5 Elements"
EARTH, AIR, FIRE, and WATER. And FUTURA 2000. These are the five elements. “Hey Guys!” he bellows from the doorway and invites us in. Futura (photo © Jaime Rojo) A non-stop full-voiced welcome fill...
Basel Bernhard Chiquet Brooklyn Street Art Chihun Yang Jaime Rojo Rough.eq Steven P. Harrington Switzerland