Sure, there are a lot of things wrong with our country these days. People are hurting financially, are losing homes and jobs, feeling insecure – and obstructionists fight against every possible people-centered bill that comes up in our legislative branch. Our sad legacies of racism and classism are stoked to pit us against one another rather than moving toward an equitable future for everyone. If you were to never go outside and only gathered your news from Yeller TV you might get the worldview that we are in an intractable war with one another.  But the State of our Union is on Main Street, not cable.

Main Street in Beacon, NY for example. Electric Windows, the Street Art event put together by the tireless duo Dan and Kalene (owners of the Open Space Gallery) and three other friends, is a prime example of what’s good in our country these days. Appreciation for the creative spirit that lies inside each person brought together a large and a very diverse group of people to this small town on Saturday. Music (live and DJ), street dancers, screen printing on your clothes… Folks were moved, changed, challenged and inspired by the art being made in front of their eyes: Unrestricted, unfiltered and in direct contact with the artists that were creating it.

The day was glorious not only because of the low humidity and breezes up the Hudson Valley but mostly because we had the opportunity to witness the faces of delight of the community while watching the artists do what they love to do most: Paint.  Saturday was important to America not because Chelsea Clinton was getting married a few miles north of Beacon but because a whole town literally opened its doors to everyone that wanted to come and make and experience art: Free of charge and uncensored.

We love art and artists of course but when we see people actually enjoying it and supporting it in a respectful and festive environment we are reminded once again that the stories that we are told about ourselves on TV are not often real or true. We are better than we are being told we are. We need to do a better job at getting the word out and at making sure that the good stuff gets reported. 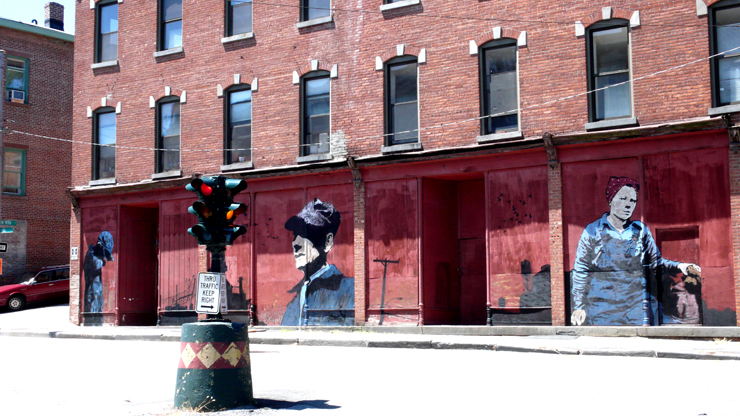 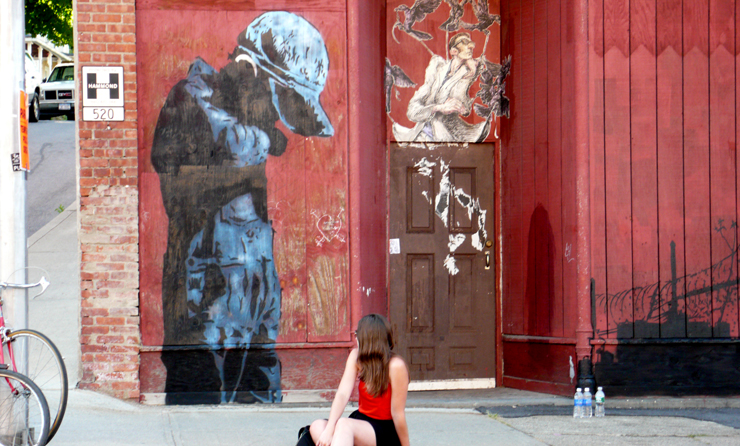 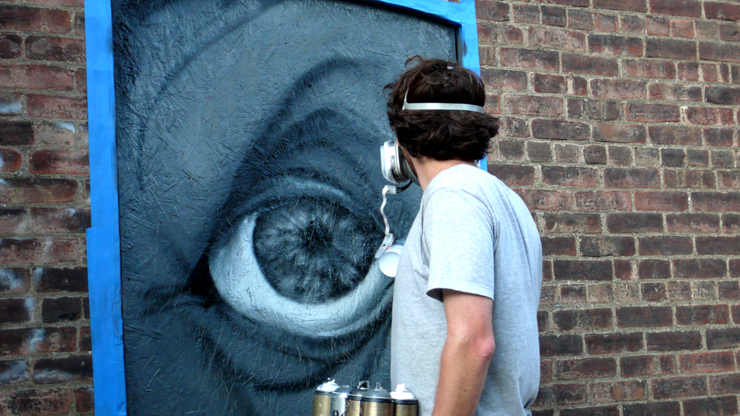 Kid Zoom installed probing eyes in the windows of a building. (© Jaime Rojo) 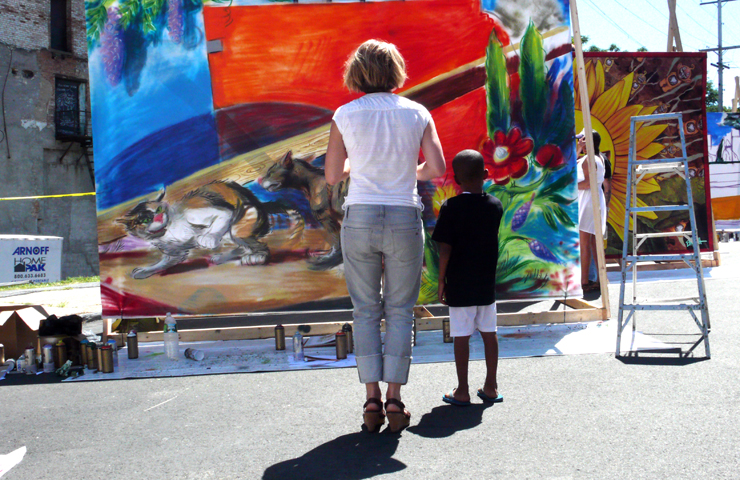 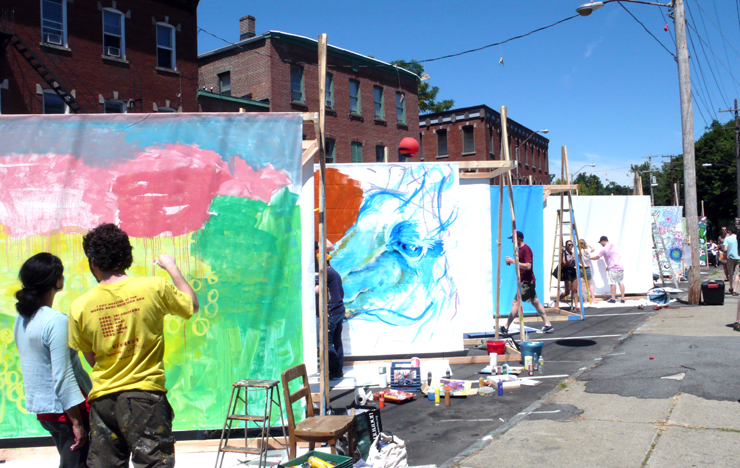 Cern discussing what’s next as the canvasses cascade down Main Street. (© Jaime Rojo) 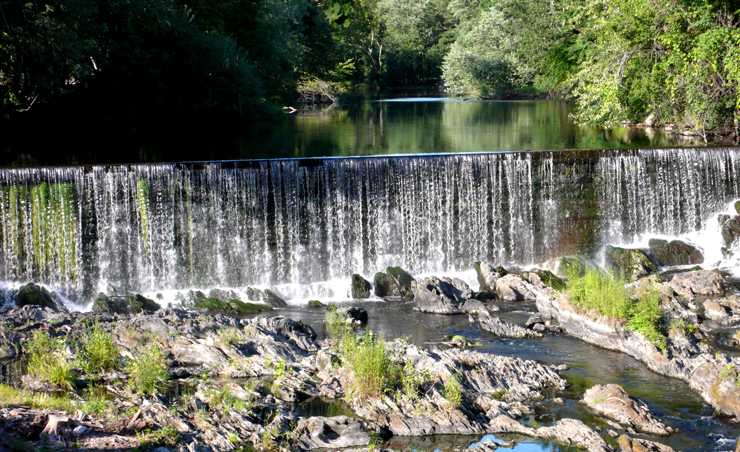 If you needed a quiet break from it all, this bucolic site was just a mere feet away. (© Jaime Rojo) 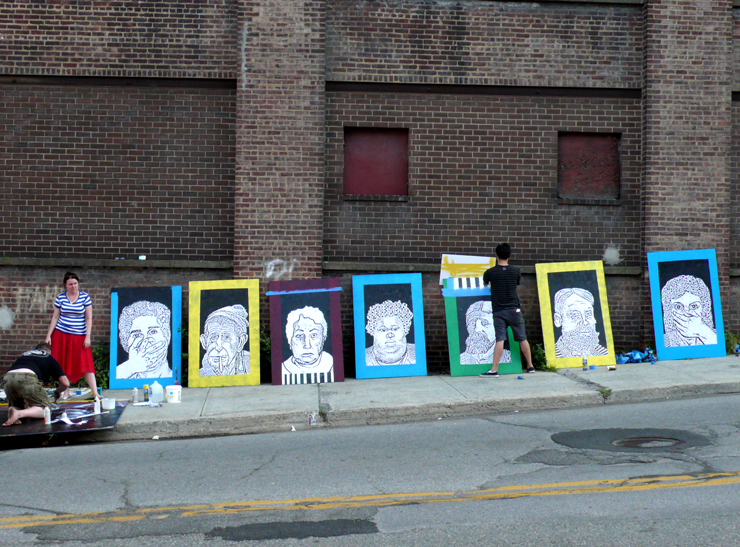 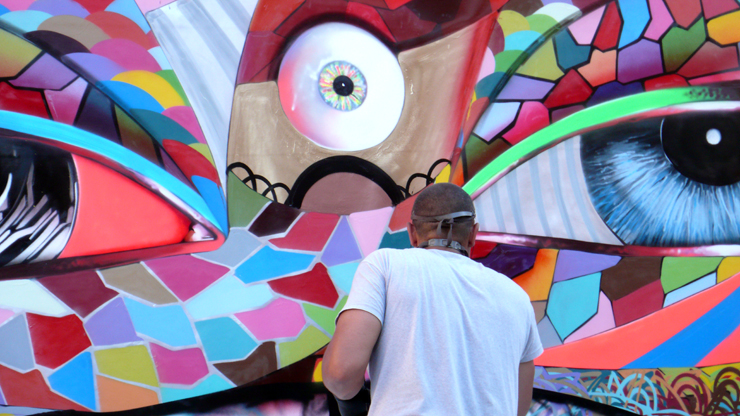 Chor Boogie flew in from the west coast to participate. He’ll be in NYC this week. (© Jaime Rojo) 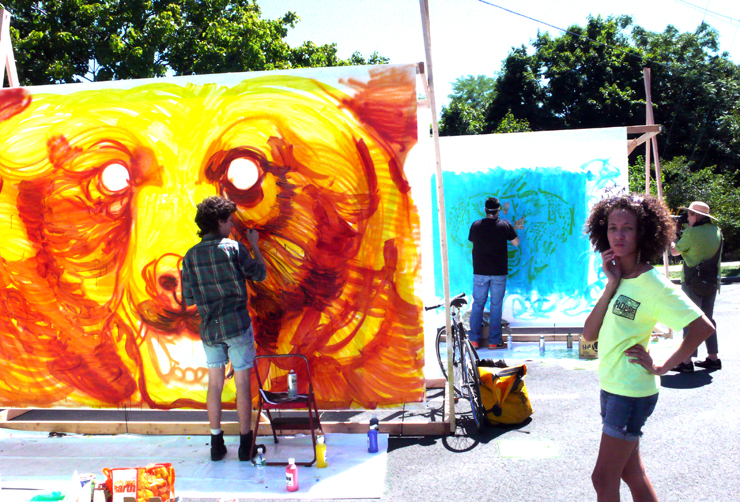 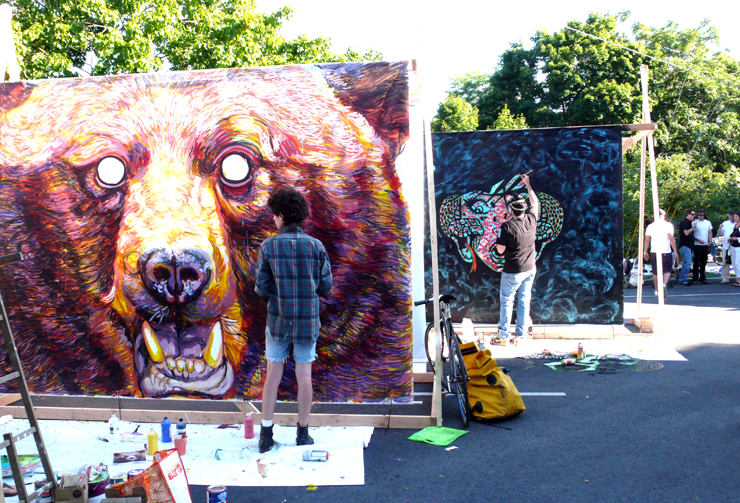 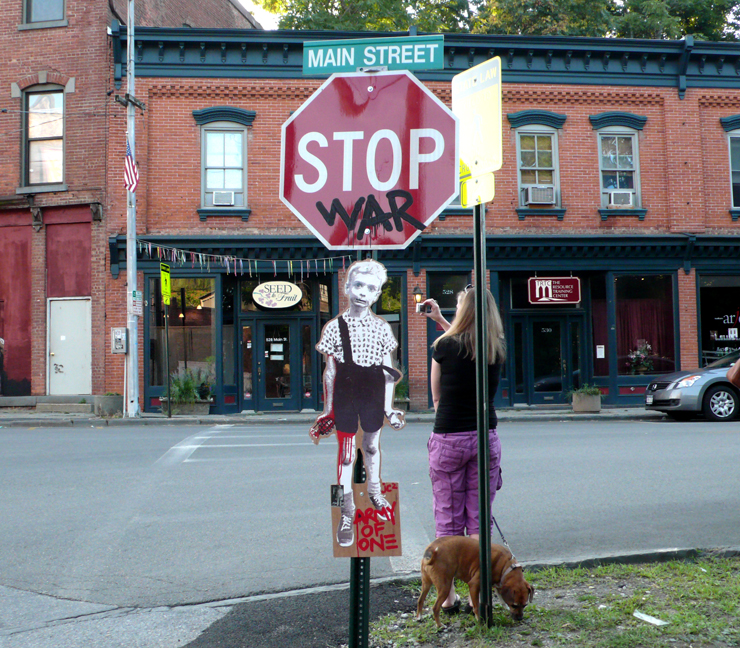 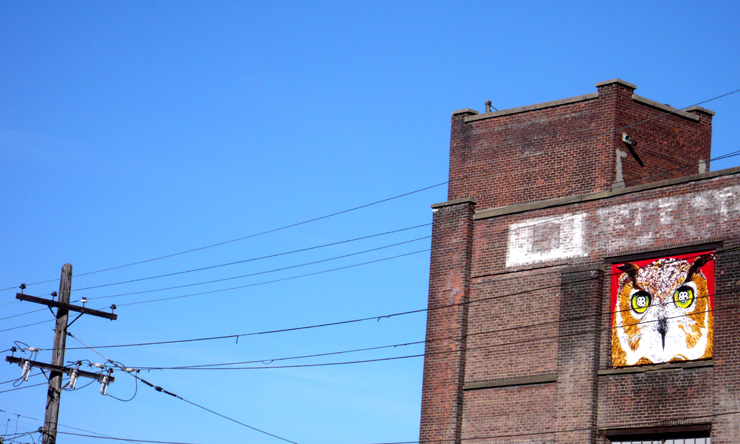 The Michael DeFeo piece goes up first, causing an eruption of applause from the crowd on the street. (© Jaime Rojo) 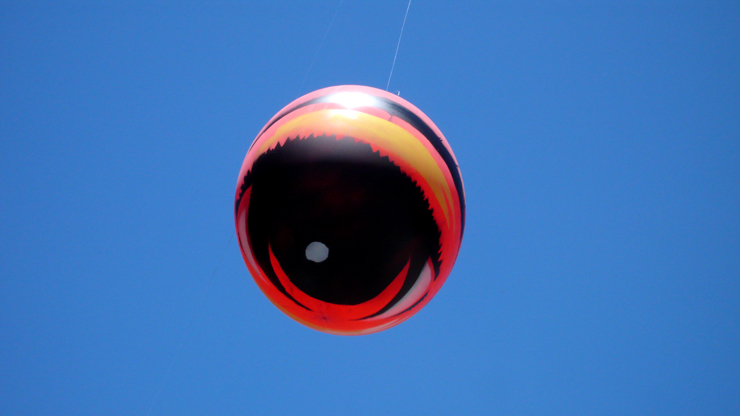 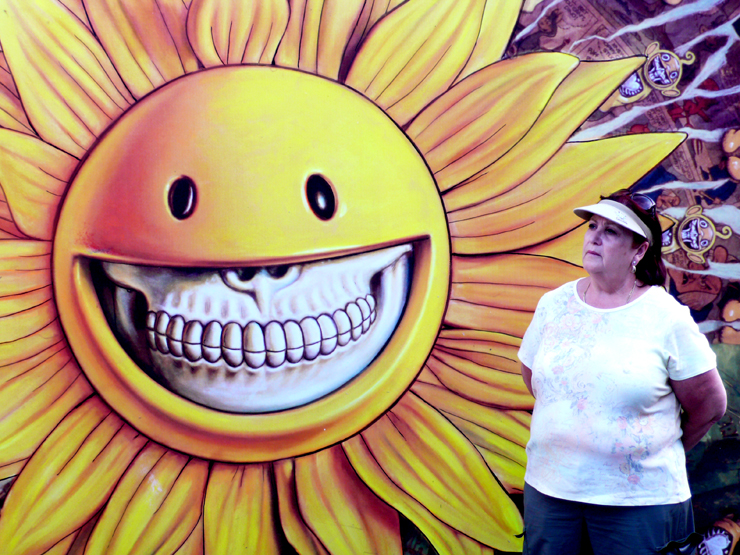 An attentive art fan with Ron English piece behind her. (© Jaime Rojo) 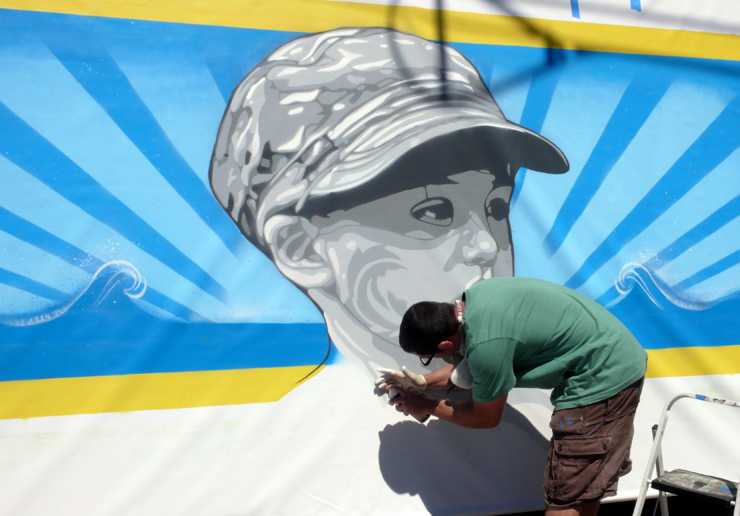 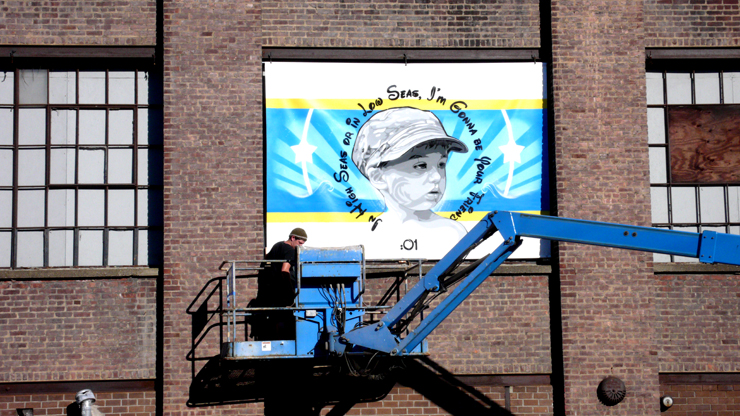 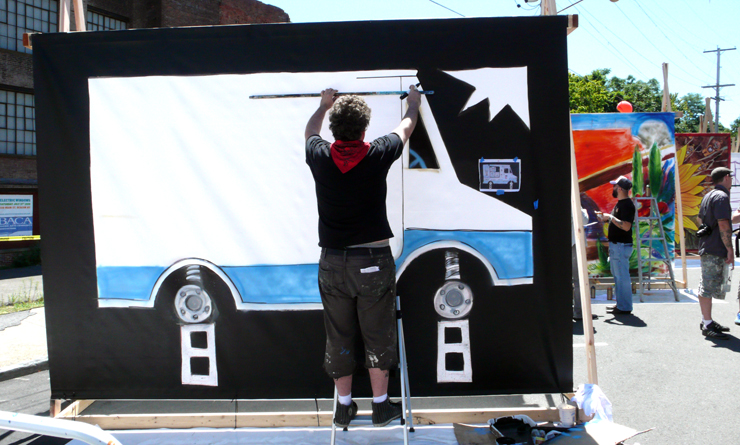 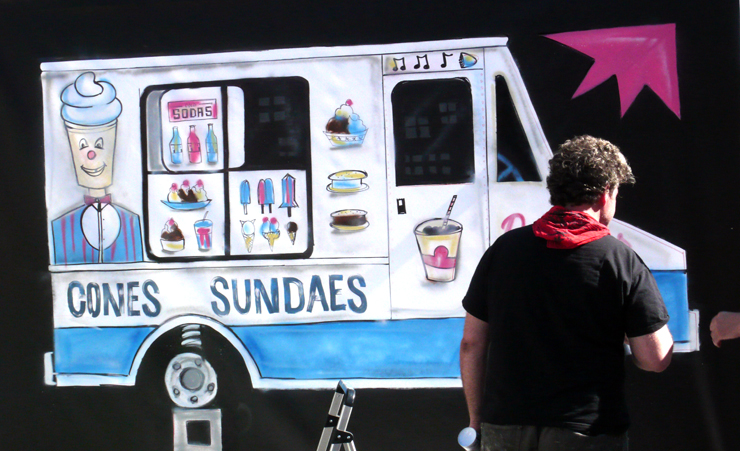 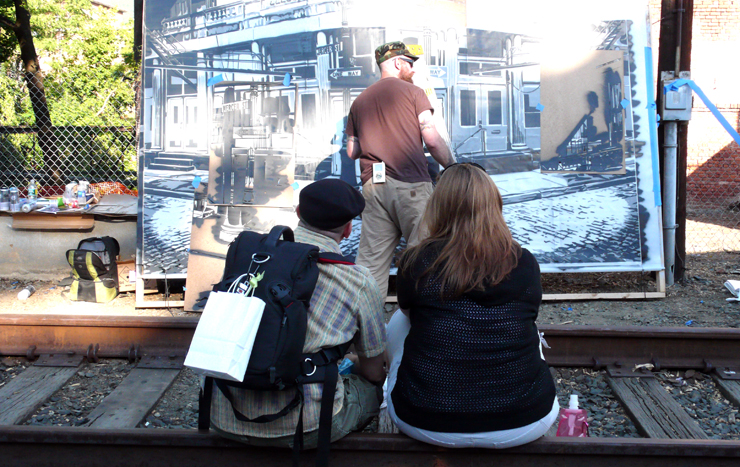 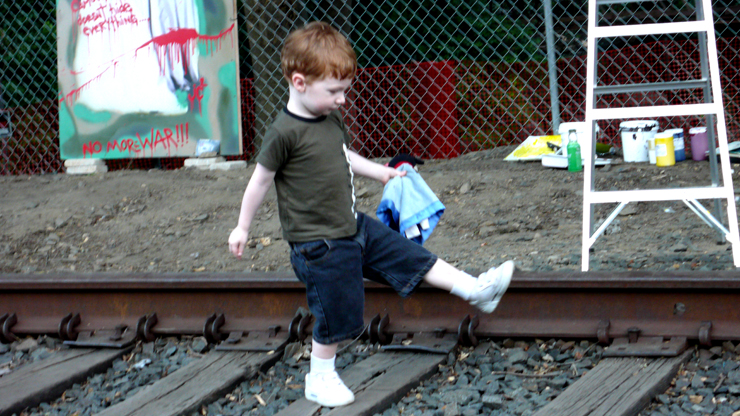 Sailor Hicks takes his puppet for a march up the tracks. (© Jaime Rojo)

To read BSA interview with Dan and Kalene go here: