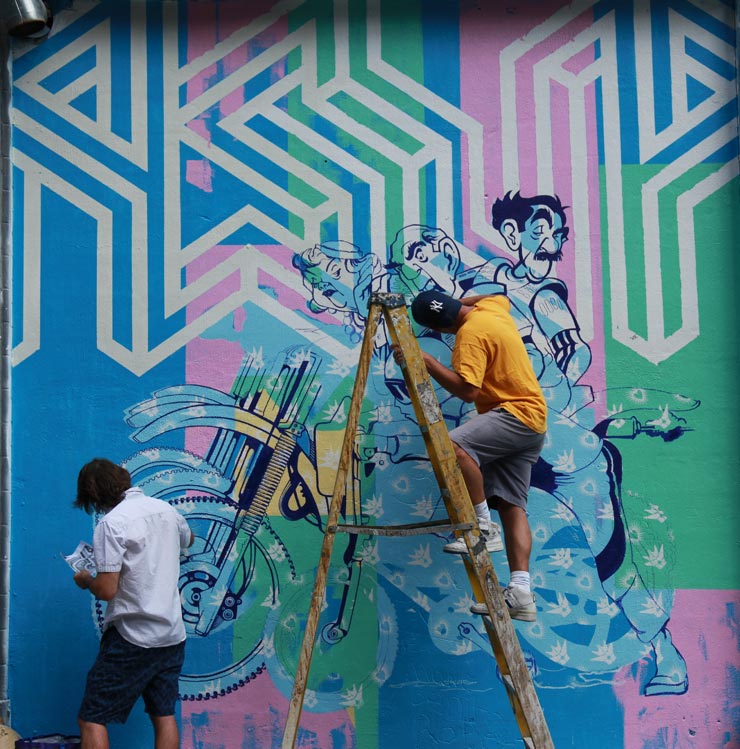 In advance of Moniker in Brooklyn this May, we are interviewing some of the artists who are influenced both by street practice and fine art as the contemporary urban art category continues to evolve. Today, BSA is talking to ASVP.

Bushwick, Brooklyn-based locals ASVP are a collaboration between Simon Grendene and Victor Anselmi, whose influences on the street in the print lab are drawn from advertising, pop/comic book culture, even Street Art.

Working since 2008 to develop a unique hand drawn style, they have done a number of murals on the street and special projects for corporate clients, including a mural for the recently completed William Vale Hotel in Williamsburg and a 70’ long mural commissioned by the city of Basel. Taking inspiration from many sources its the combination of painting and quality print making that remains central to their process and aesthetic. 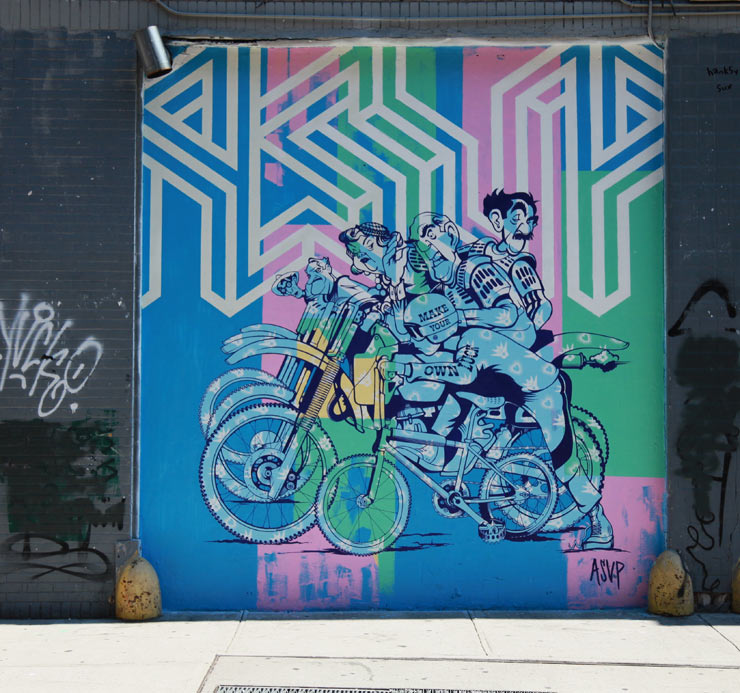 If we were, we wouldn’t tell them what to think or feel.

BSA: What is your intersection with Brooklyn and it’s history of Street Art and graffiti?
ASVP: Bushwick is an artistic community and that’s exactly what brought us here.

Another artist heard we were looking for a space, reached out and invited us to see the building where his studio was. We’ve been here ever since. 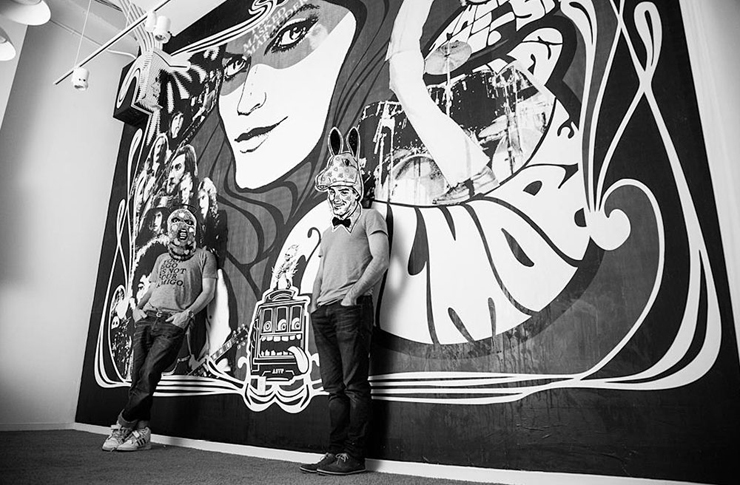 BSA: What’s most important to you?
ASVP: Probably never having to stop making the work we do, before wanted to.

We hope the forms and styles always change. If it’s installed, pasted or painted with permission, it may be art, but it’s not something we would call Street Art or Graffiti. 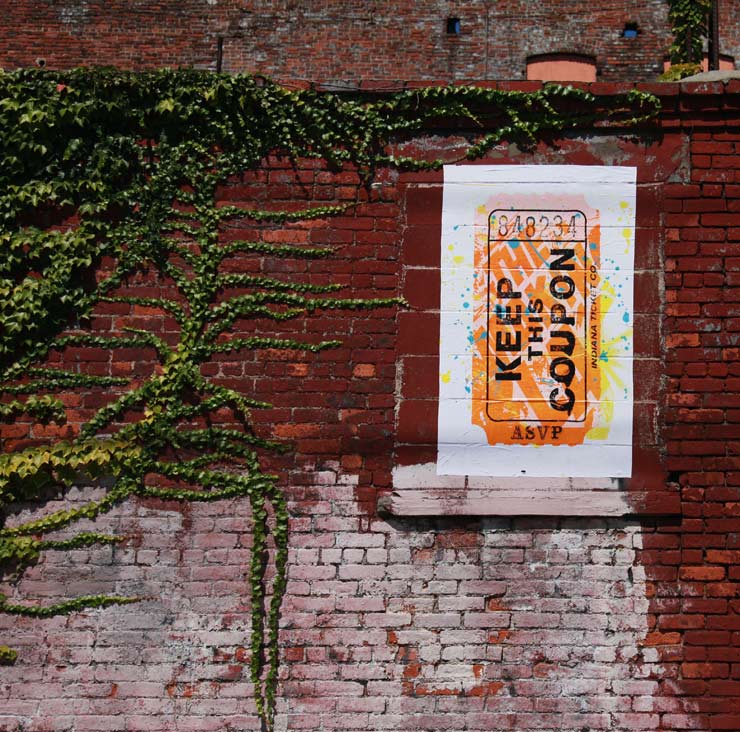 BSA: Moniker says your work has been influential and/or fundamental to urban & contemporary art’s growth. Can you see their point?
ASVP: Sure. The creative atmosphere of Urban & Contemporary Art is oxygen that everyone is breathing. We’re happy to be a part of what is inspiring others. We’re equally happy to be on the receiving end of this, through the friends, artists who continually influence us and the work we make.

The Wonderfully Dismal Kingdom of Banksy
Banksy has ventured into the entertaining resort business. One that would possibly be your last resort. A scathing social and political critique of any number of targets that routinely come under the...
Los ALCÁZARES in Murcia, Spain - Murals by the Mediterranean
“Los Alcazares has a population of about 16,000 inhabitants, next to the Mediterranean Sea -in fact it is on the edge of an inland sea called Mar Menor,” says photographer Luis Olive Bulbena of this r...
Adam Void, Graffiti, a Decade, and 1000 Polaroids
“This is why we can’t have pretty things.” That’s the thought that runs through your head walking through your average punk rock squat, with all its scattered art installations (including on the ceili...
Mrfijodor and Corn79 Paint the Museum A Come Ambiente (MAcA), Turin
We are seeing more municipalities and institutions settle upon aspirational messages about the Earth and environmental issues every month now – a very common theme with murals in cities worldwide. ...
BSA Images Of The Week: 05.14.17
As New Yorkers (and the world) discuss whether Trump will self-combust, start a war, take control as a dictator, be revealed as a Russian operative, or be impeached, some things are for sure - e...