In advance of Moniker in Brooklyn this May, we are interviewing some of the artists who are influenced both by street practice and fine art as the contemporary urban art category continues to evolve. Today, BSA is talking to Icy & Sot.

Human rights, ecological justice, and socio-political issues dominate the world news with regularity and brothers ICY & SOT have found an original dual voice to address them on the street in places like the US, Iran, Germany, China, Norway, even Tbilisi, Georgia.

Iranian born and bonifide Brooklyn peeps for the last four years, these twenty-something guys started out on skateboards in Tabriz and still take them from their apartment to their studio in Bushwick. They have also taken their stencil work, interventions, murals and video installations into the street, the gallery, the museum, and private collections.

Grabbing and holding hard to tenants artistic freedom without censorship, their minimalist style of discourse hits directly without the scolding tone of some overtly political work on the street, allowing the simplicity of the situation to speak for itself.

BSA: How would you describe your work to someone who is seeing it for the first time?
ICY & SOT: We do different type of works, but if we wanna to describe something in general it is that it’s simple and has a message that is easy to understand.

BSA: What is your intersection with Brooklyn and it’s history of Street Art and graffiti?
ICY & SOT: We love Brooklyn because of its diversity and the energy in the city. We feel lucky to be living and working in a city with a rich history of graffiti and street at and art in general – and being part of it now. 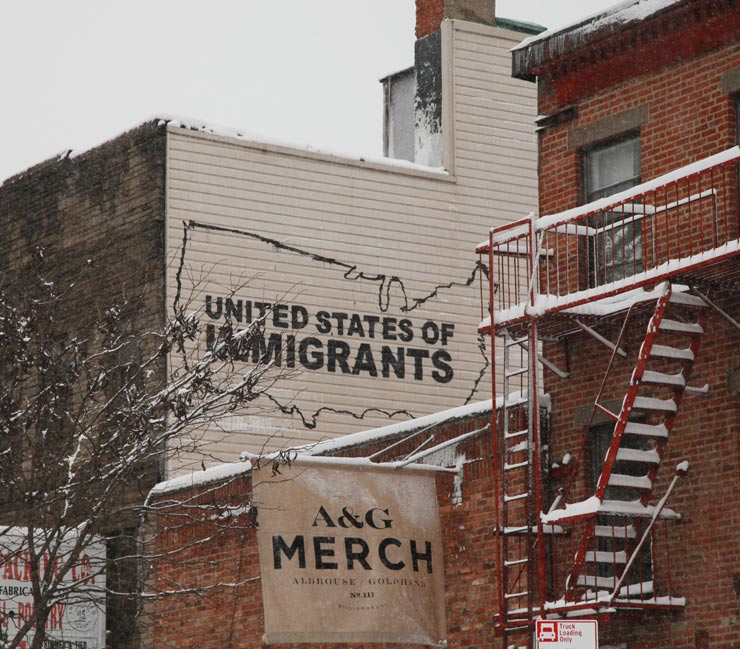 BSA: Moniker says your work has been influential and/or fundamental to urban & contemporary art’s growth. Can you see their point?
ICY & SOT: Yes, maybe 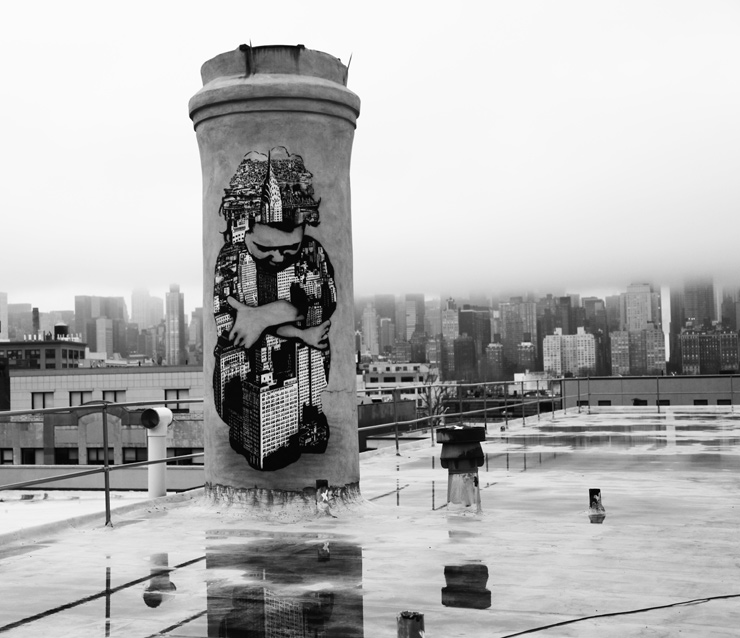 Ljubljana Street Art Festival 2022
Ljubljana is in the house! "The big day has arrived and we are about to open the festival in a couple of hours," says Sandi Abram as he looks over the final list of artists, talks, and program...
BSA Images Of The Week: 11.08.20
Did you get Covid this year? Lose your job? Get evicted? Look in the mirror. You may be Donald Trump. The difference is that you may be poor - but Donald Trump never was, and won’t ever b...
Scenes From a Spanish Restaurant : The Culinary Delicacies of DavidL
Barcelona Street Art may have been booted from many streets a few years ago during a period of commercial fueled gentrification but that organic scene sparked a generation of talents who continue to t...
Nuart Day 3 : Picking Up Pace and Sandra Chevrier's Dramatic Eyes
A fever pitch is possibly overstating the tempo but not by much as Day 3 at Nuart continued to be wet and gray and at times a little windy (not typically good for stencil work by the way). A couple ...
0907 in Xi'an, China : Love At First Sight
The streets can be a mirror, a diary, a stage to rant, prophesy, profess love. Today we have Chinese Street Artist 0907 pouring his heart out for all to see. This Saturday will be the 100th ...
Brooklyn Street Art Icy & Sot Jaime Rojo Moniker Art Fair 2018 Steven P. Harrington