Here are a handful of in-progress shots at Memorie Urbane 2014 featuring Etnik and Millo at work on their site-specific pieces. The festival appears to be a departure from standard “urban art” aerosol jams because of its sensitivity to the location and historical considerations in the siting of artists – which makes this more of an edifying mural program.

Etnik is an Italian/Swede artist who calls Italy home and began his outdoor art career with graffiti. Now he has moved from the letter forms associated with traditional graffiti style to an examination of geometric forms interacting in a multi-dimensional field.

Millo completed his massive wall mid April – a dream like system of symbols and icons; highways and cities and a sliced self portrait floating amidst and above it all. The Mesagne born native studied architecture and illustrates the innerworkings of his mind to “reveal the transience of human existence, suspended somewhere between what we know and what is hidden inside us,” he writes on his website. 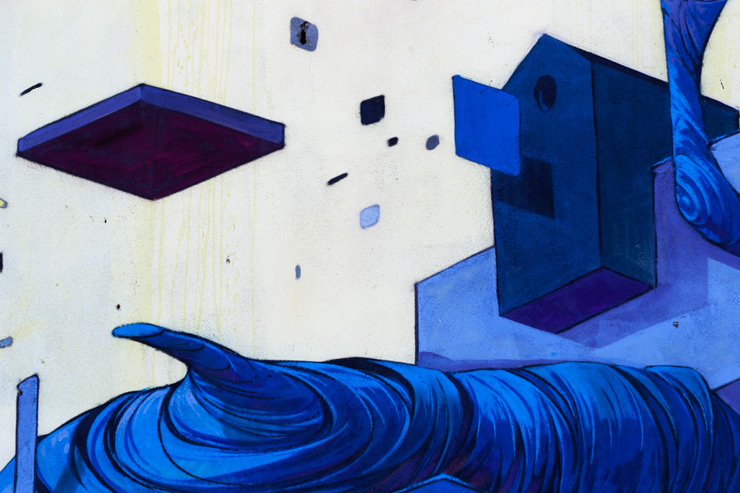 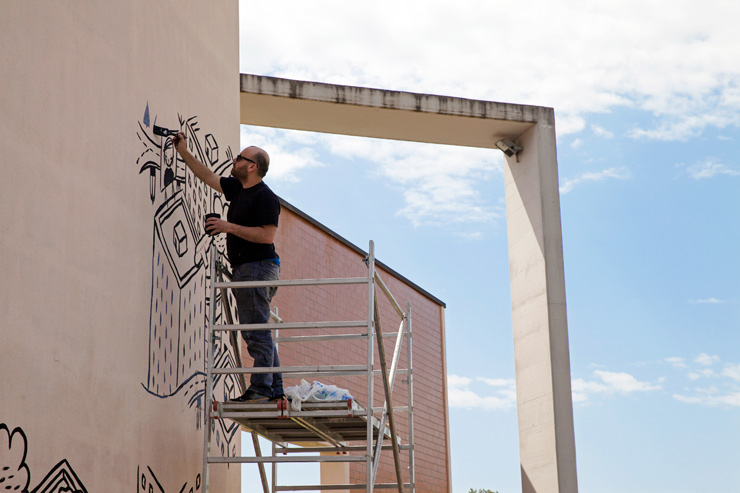 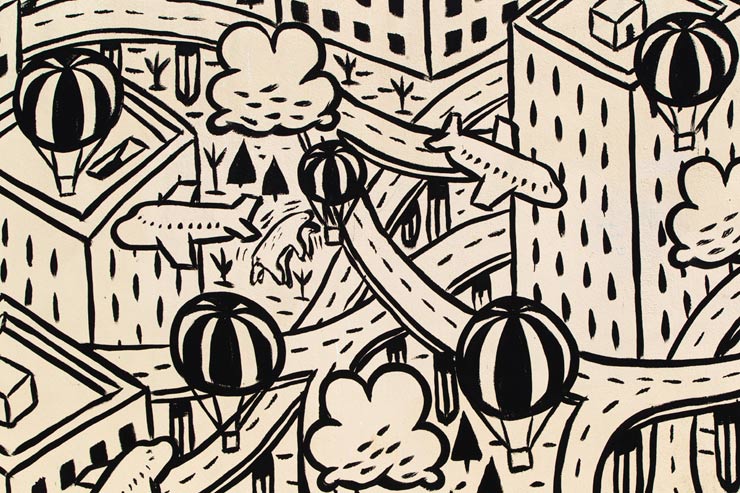 Opiemme Bus Stops with Memorie Urbane and “In Attesa”

Rukkit . OKUDA . João Samina at St+ART Delhi 2015
Here are new exclusive shots of three artists at work for the Indian street art festival called St+Art Delhi. Bangkok based Rukkit digs the multicolored graphic approach that Okuda works with but say...
Niels Shoe Meulman: Thank You For Shopping Here
Graffitti. Calligraphy. Both celebrate the power and expressive ability of the letterform and yet each appear as entirely separate pursuits. Uniting them requires understanding both very well, co...
Jorge Rodriguez-Gerada Goes to the CŎRE
Can you hear the heart beat? In this amphitheater in Parc del Pins you will definitely see it from every seat. Jorge Rodríguez-Gerada . CORE. Barcelona, Spain. January, 2019. (photo © Héct...
BSA "Images Of The Year" for 2016 (VIDEO)
Of the thousands of images he took this year in places like New York, Berlin, Dresden, Moscow, Marrakesh, Detroit and Miami, photographer Jaime Rojo found that the figurative image still stands prom...
BSA Images Of The Week: 11.02.14
Marathon Day in NYC today with people running in the streets more than usual, the time clock moved back an hour today, mid-term elections are this Tuesday, and New York's first ebola patient is fe...
Brooklyn Street Art Etnik Fondi Italy Jaime Rojo Lorenzo Gallitto Memorie Urbane Festival Millo Steven P. Harrington