Canadian Street Artist/graffiti artist/fine artist Labrona has been maximizing the beautiful summer weather by doing some murals at the festival in Montreal (our coverage here) and along with Mu-art. Since it can get rather dull and old when you are painting by yourself all the time, he also hit a wall with buddies Produkt and Befour.

The industrious and deliberate anonymous portraitist tries to squeeze in the occasional skate session or feed his much loved freight addiction when he can, naturally. Balancing the more polished studio side with his spontaneous outcroppings of nearly expressionless, possibly cogitating people and characters, these murals are a combination of the two disciplines. Using dimensional rendering of stylized forms, it’s an opportunity to showcase his sophisticated color palette, his respect for classical painting methods, and an undertone of comic appreciation for personality. As long as it is a chill spot, Labrona would prefer not to rush. 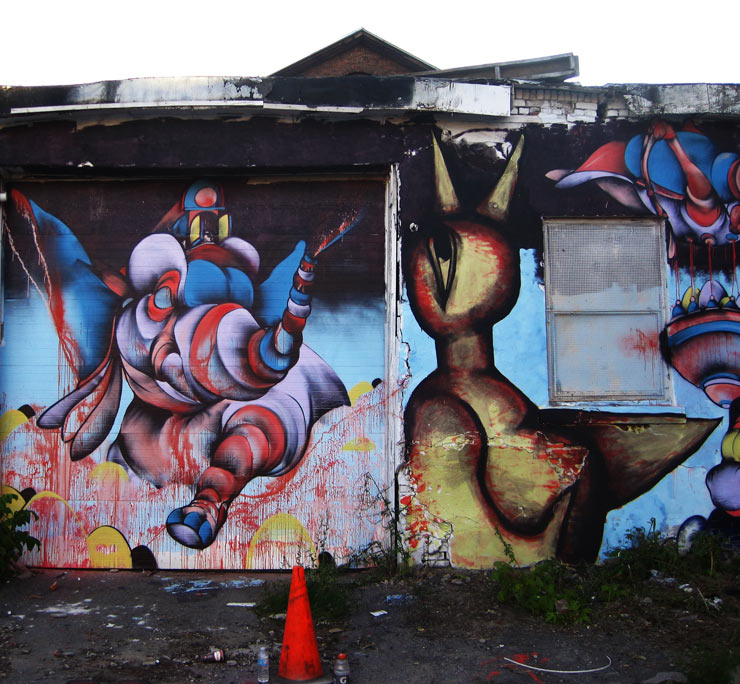 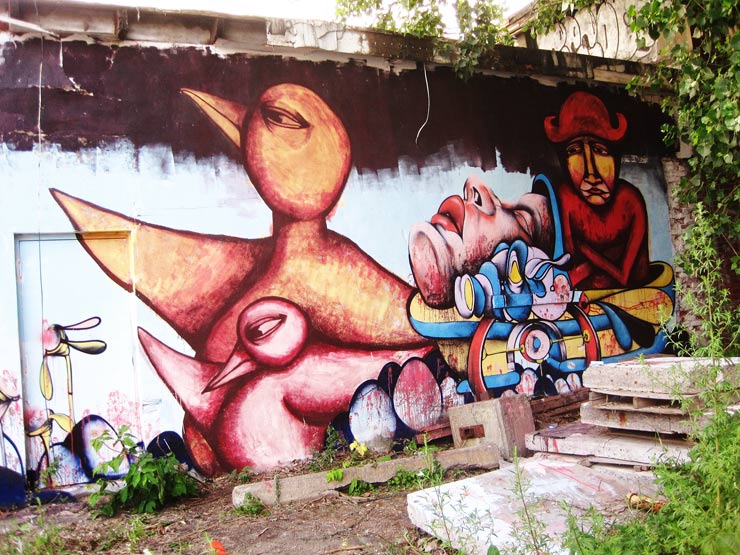 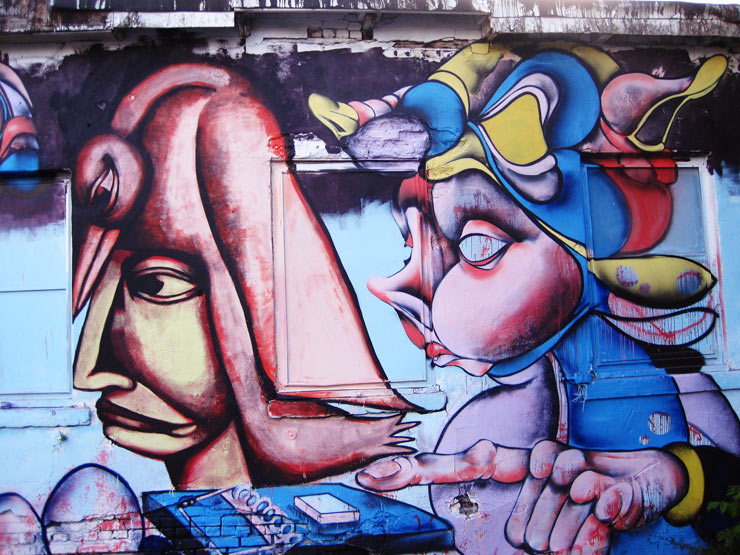 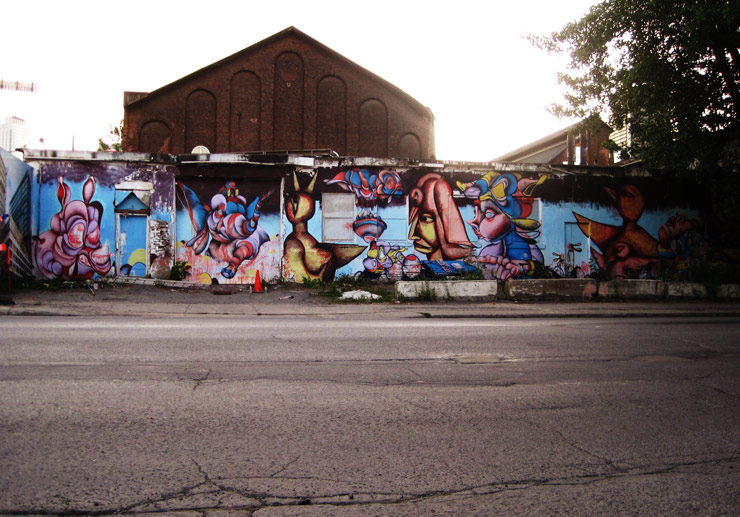 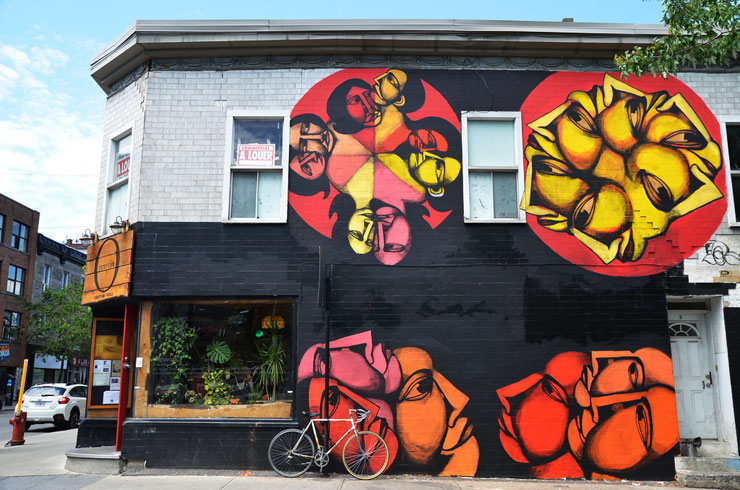 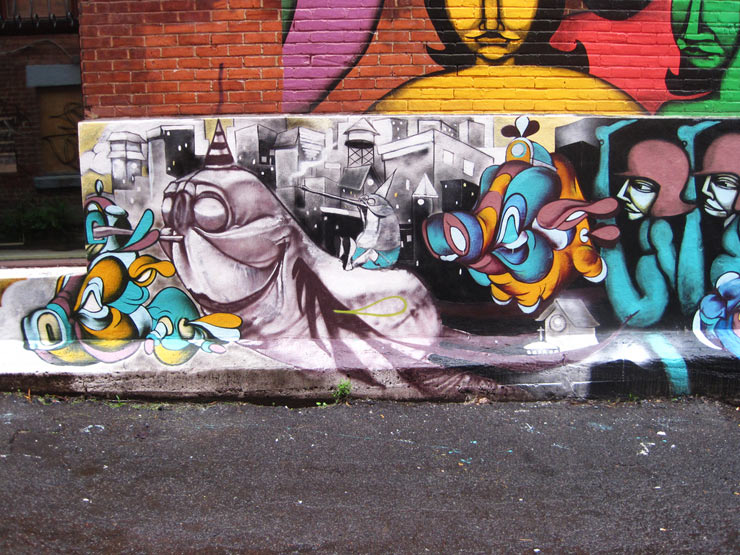 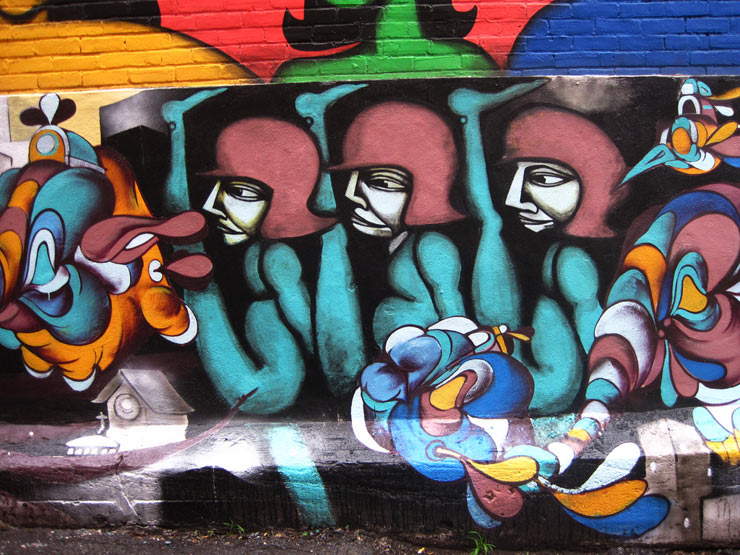 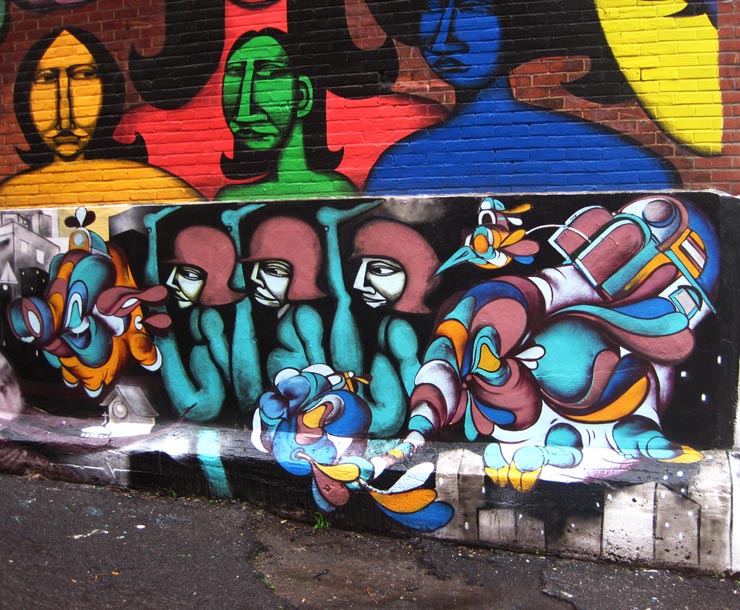 Exposing Politics and Scholarship at "Open Walls Conference 2016" Barcelona
Screenings, workshops, and talks – and murals of course. Sixe Paredes. Open Walls Conference 2016. Barcelona, Spain. (photo © Fernando Alcalá) These are the markings of at least some of the increa...
New Images from the Parees Festival in Oviedo, Spain 2018
A continuation of our Film Friday coverage from yesterday, today we bring you still photos of the murals created during this years Parees Festival in its 2nd edition. Rock Blackblock. Parees Festival...
Icy & Sot and a Man of Trash in Tbilisi, Georgia
15 centuries old, Tbilisi may not last as long as this garbage man sculpture by Street Artists Icy & Sot. Icy & Sot.  "Human reflection on nature". Tbilisi, Georgia. May 2017. (photo ...
Doug Gillen, Wishes And Hopes For 2019
Doug Gillen, London-based Street Art scene documentor, commentator, lecturer, entertainer and host of his own program Fifth Wall TV (fifthwalltv.com). The photo I've chosen is not street art but carri...
Li-Hill in Motion and "The Impact of Discovery" in Kiev
Street Artist Li-Hill is a professor and student of the science of motion on the street and in the public sphere, with figures captured at increments along a path of movement. Often his large scale mu...
Befour Brooklyn Street Art Canada Gawd Jaime Rojo Labrona Montreal Mu-ART Produkt Steven P. Harrington