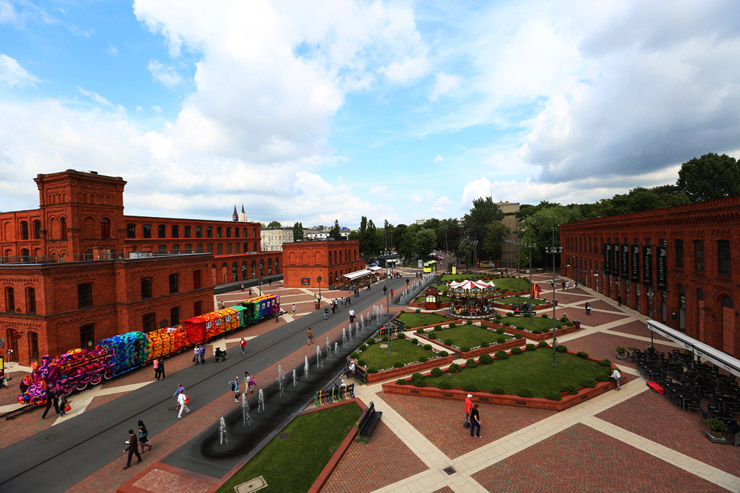 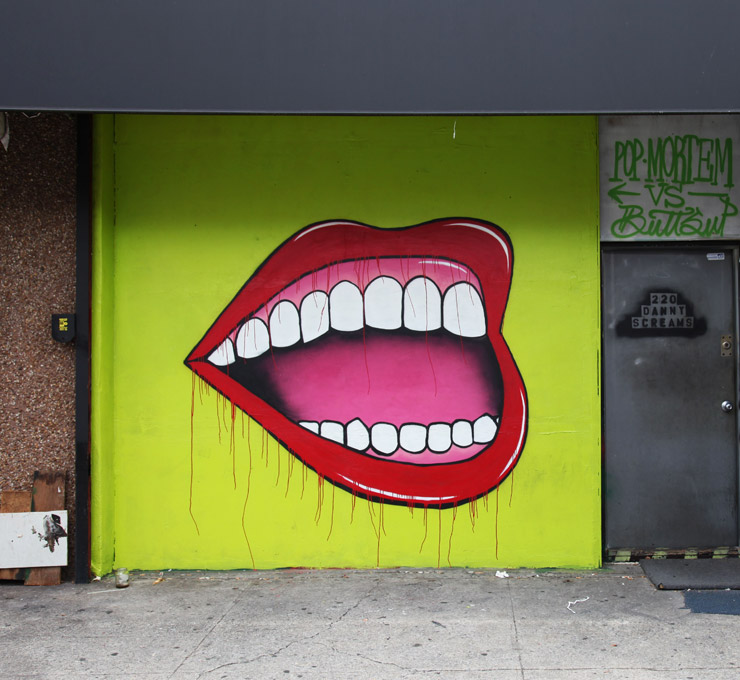 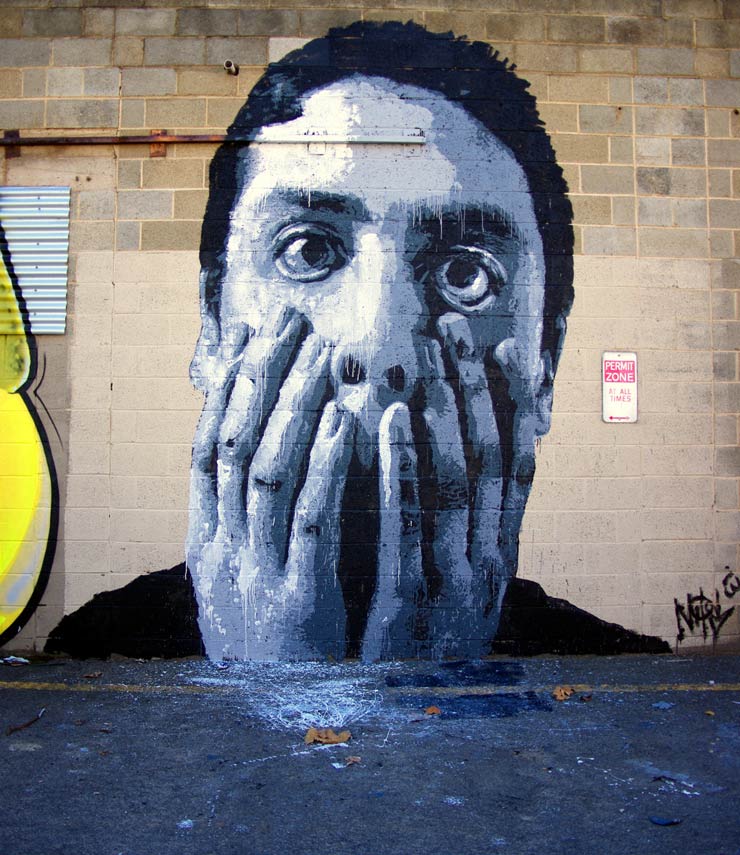 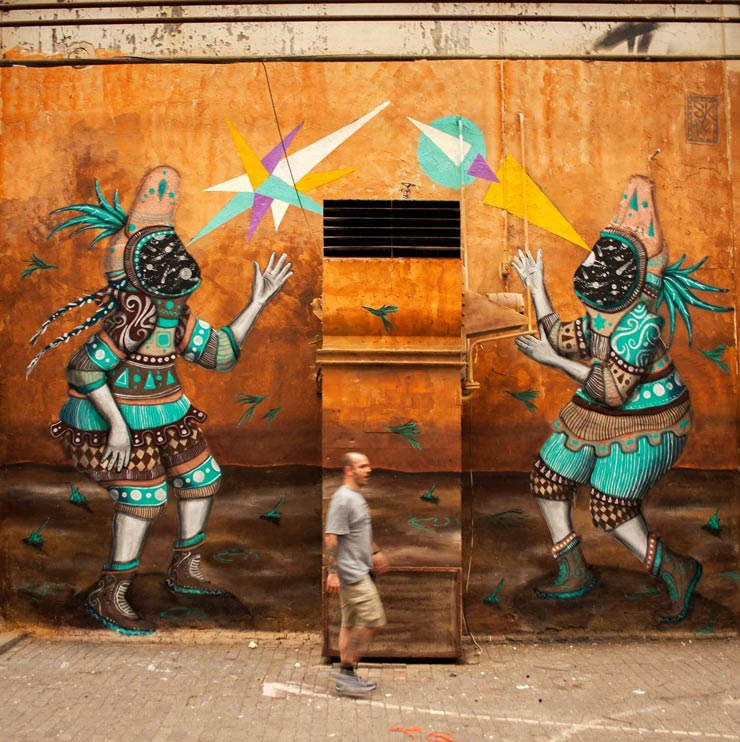 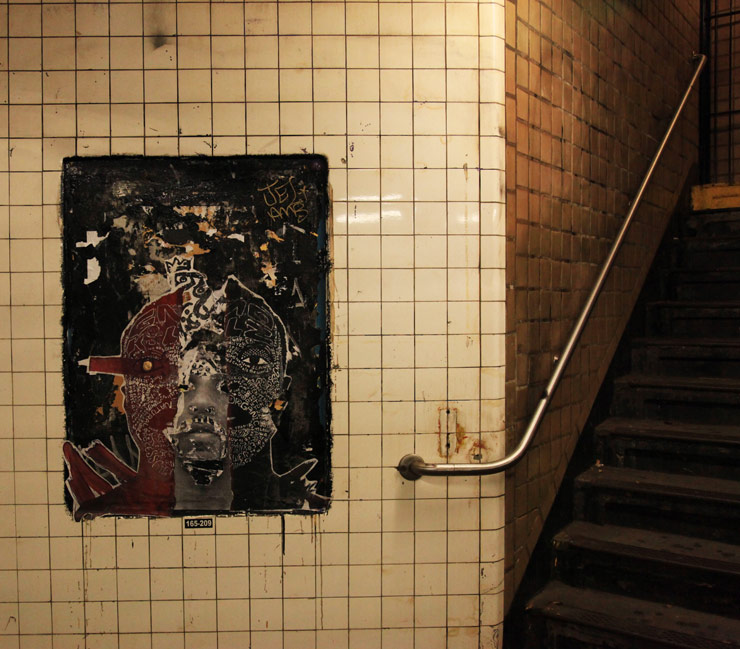 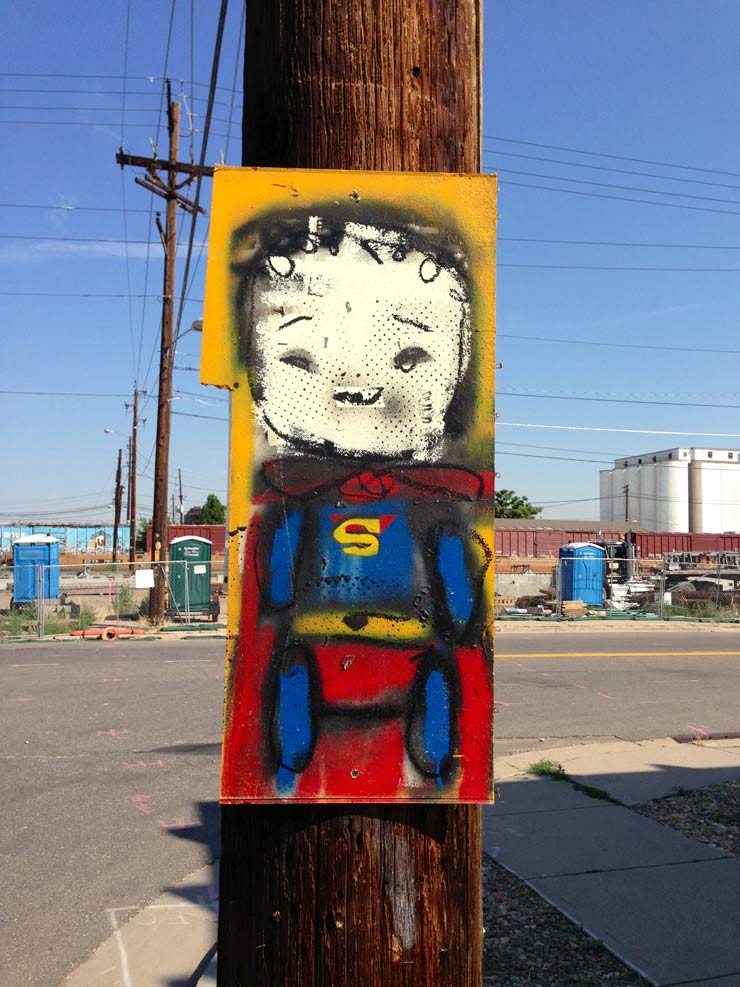 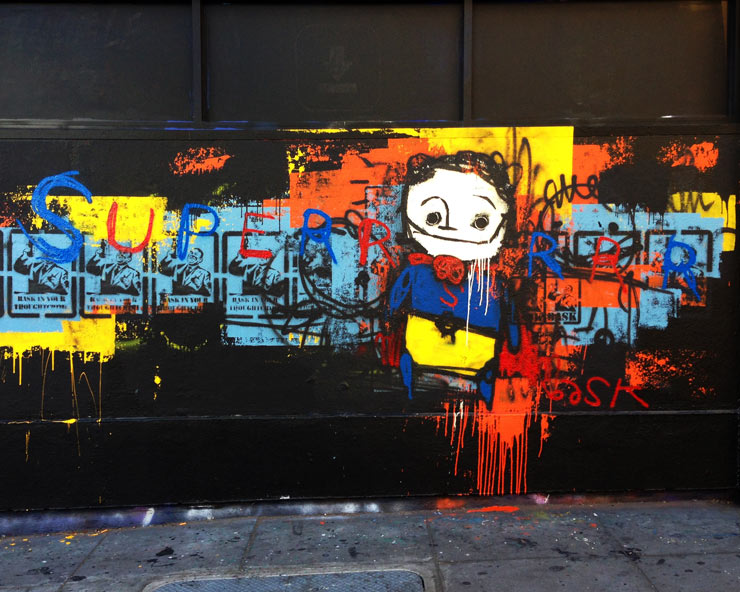 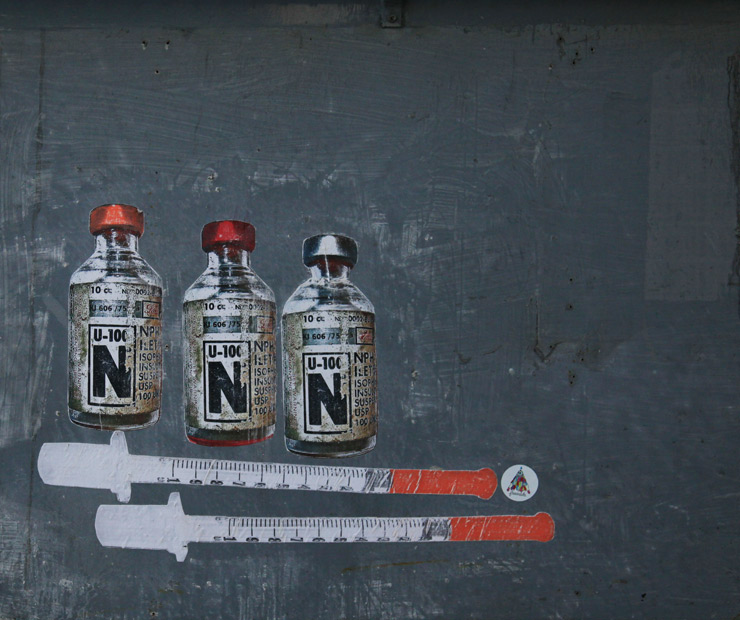 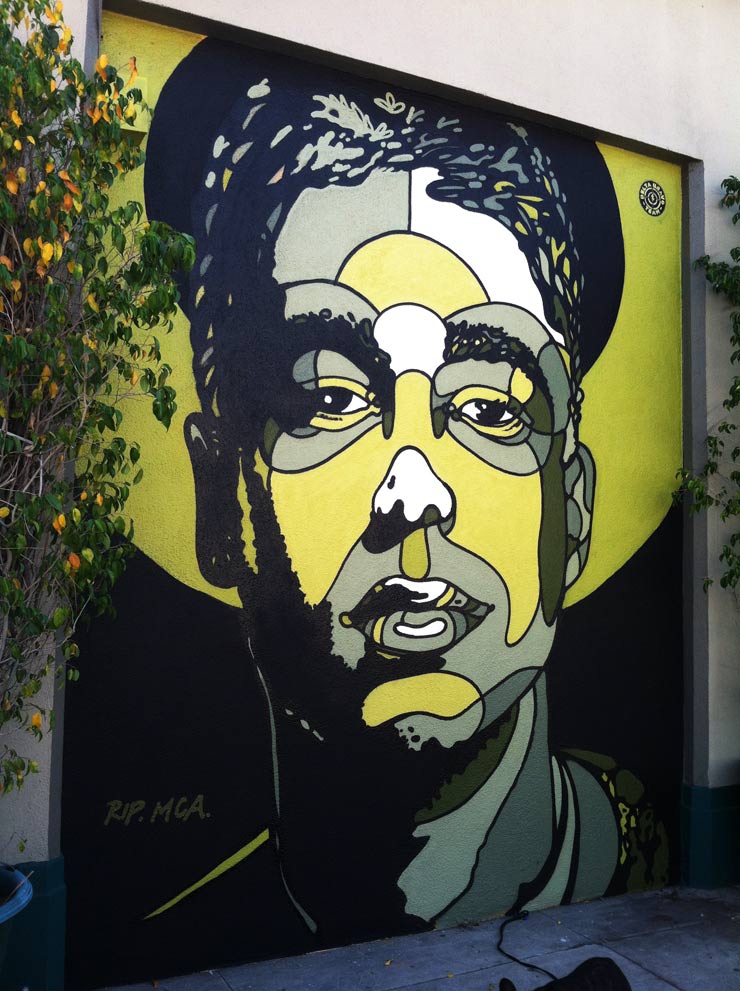 A new tribute to musician and activist MCA of the Beastie Boys by David Flores starts begins a series of historical sites that Delta Bravo Urban Exploration will be doing. The mural is located by what was once home to the Beastie Boys G-Son Studios in Atwater Village, California.

David would like to send special thanks to Farmer Piper, Olivia Noelle Bevilacqua, and the whole DBUET crew. MCA RIP 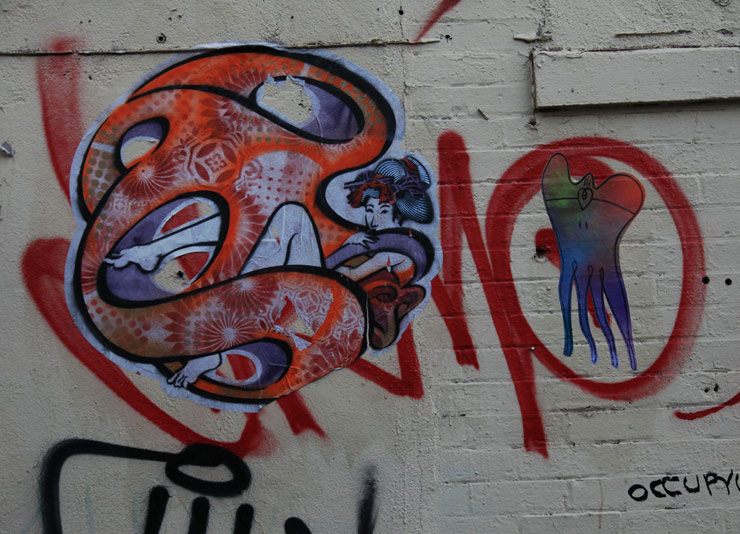 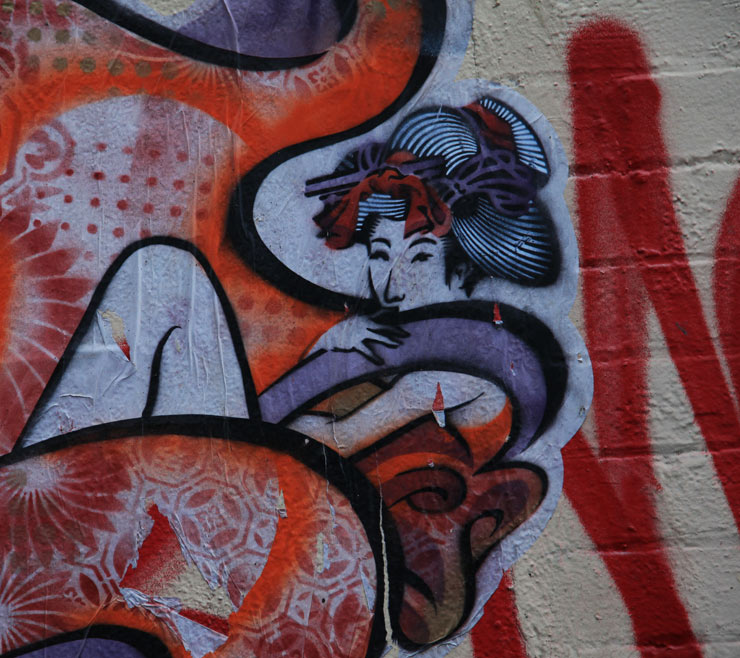 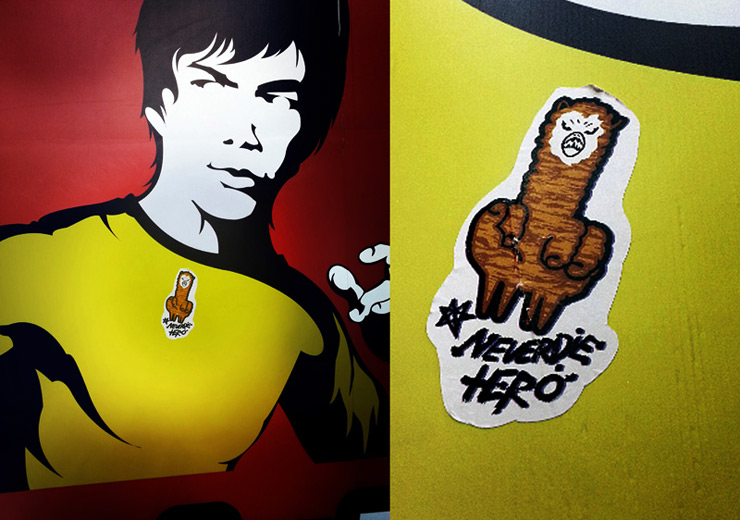 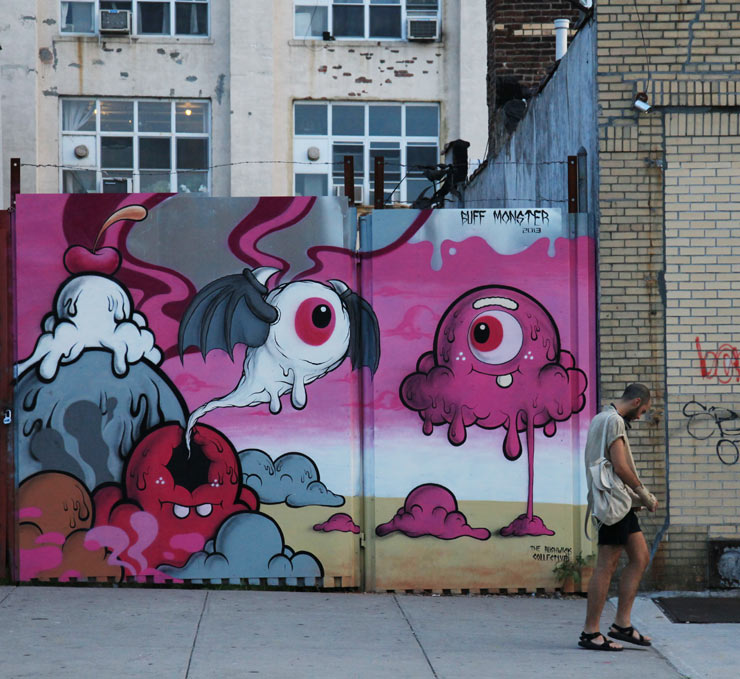 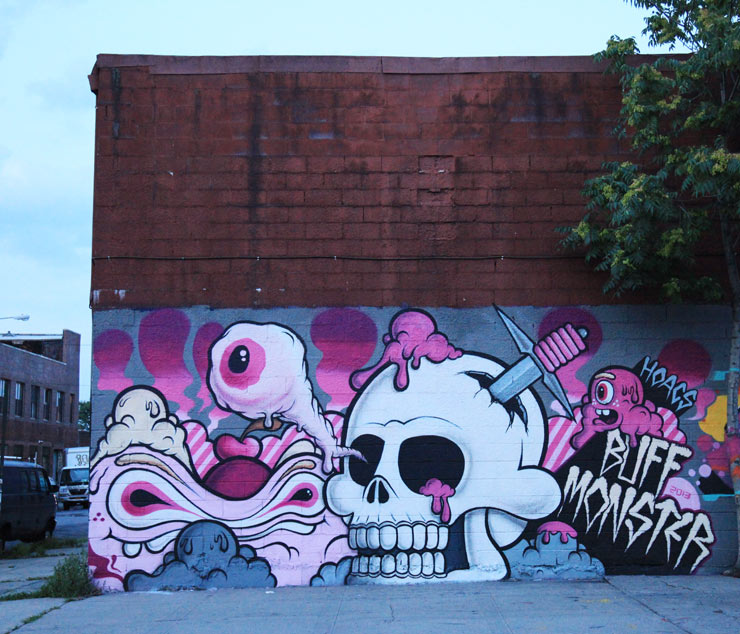 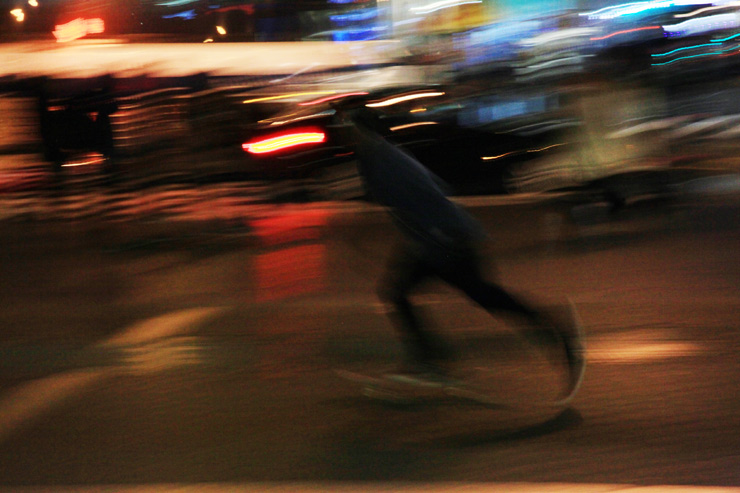 Augustine Kofie Remixing Deep Cuts in "Inventory"
Newly re-mixed and sampled soulful works by Augustine Kofie are featured in the “Inventory” show that just opened here in New York at Jonathan Levine this weekend. No, he’s not looking through his sto...
Basquiat's Notebooks Open at The Brooklyn Museum
As lines continue to blur in fields of art and technology (and everything else) it is easier to see Street Art as an online/on-street diary, a forum for speech making, a laboratory for testing ideas, ...
Judith Supine Stars in MANLBDRO: The Cowboy Series
A quick shout out to the new collaged gender fuckery Judith Supine uses that openly plays with the man. The Marlboro man that is; the ubiquitous cowboy that appeared in advertisements for thirty-five...
Pejac is Looking for "Redemption" with Particle Board
Each of us is looking for redemption, or probably will be. At least that appears to be the theme for the new series of works by Spanish Street Artist PEJAC, a few shots of which we have today from hi...
Street Poet Opiemme Honors Nobel Laureate in Poland
Italian text worker Opiemme just finished this ode to letters, words, and poetry in Gdansk, Poland for the Monumental Art Festival. A lover of the language, the muralist and public artist hopes to gar...
Adam Young Adelaide Am3ba Bask Beastie Boys Brooklyn Street Art Buff Monster David Flores Hero Jaime Rojo Lodz MCA Nils Westegard Olek Poland Pop Mortem Rep 1 RepOne Skount South Australia Steven P. Harrington Street Hart Urban Forms Festival Wakuda