Today we check in with some recent work in San Francisco, including new stuff from Aryz, David Polka, Ben Slow, Esk, and Greg Gossel.

We start off with the large mural of an apple cheeked farm girl by Aryz that went up over the course of a week in a tough part of the Tenderloin over a chain chicken shack. “But Aryz’s street art.. has already transformed the atmosphere of this high-traffic corner, and Aryz (pronounced “Areez”) is grateful, knowing that his gargantuan five-story farm girl — and her gargantuan bushel of apples — will look over the intersection for the foreseeable future.” Read more of Jonathan Curiel‘s great account in the San Francisco Weekly.

The stencilled collages are by Greg Gossel, who just finished a show with White Walls, and they are followed by images of a new mural by David Polka, Ben Slow, and Esk.

Special thanks to photographer and contributor Brock Brake for sharing these images with BSA readers. 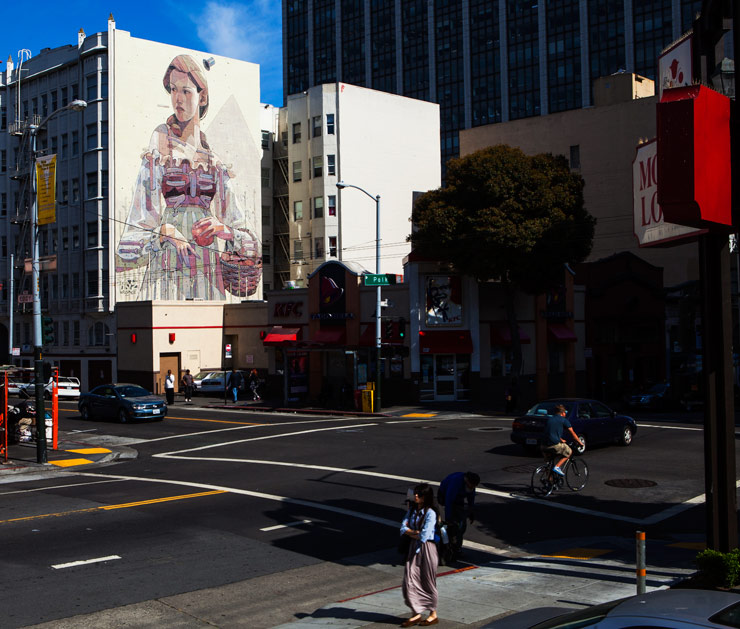 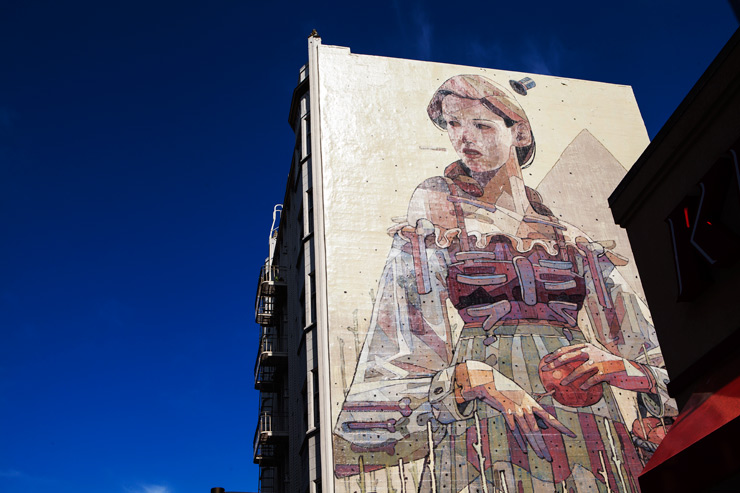 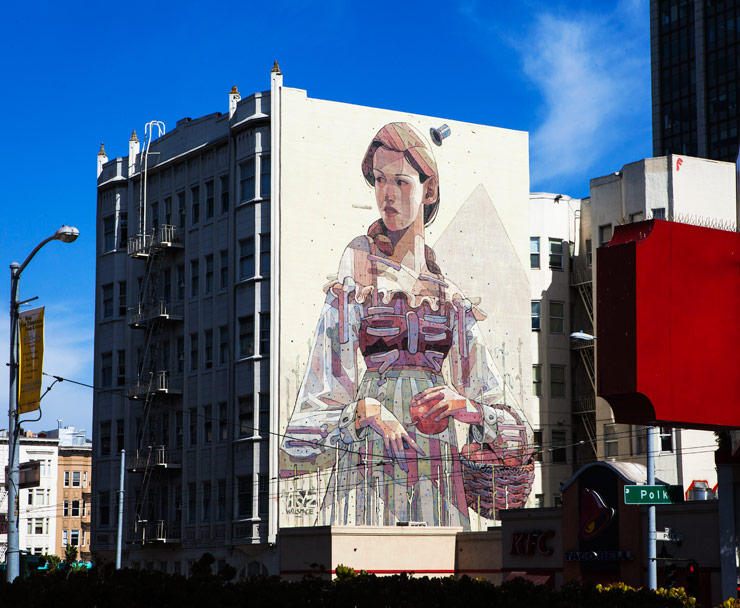 Here is a time lapse video of Aryz completing his mural in the Tenderloin District of San Francisco. The mural was  jointly organized by Chris Shaher of WallspaceSF, Upper Playground and Fifty24SF Gallery. Our thanks to the people at Smash House Collective who published the following video because with it BSA readers can have an idea how much time and talent it takes to get such a piece up. 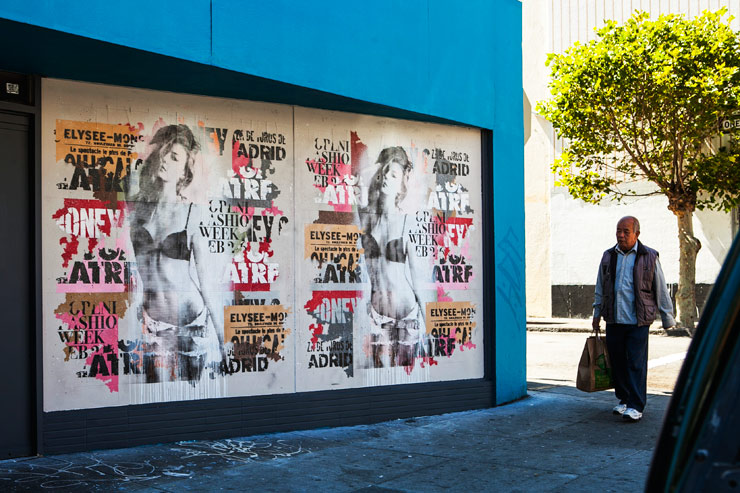 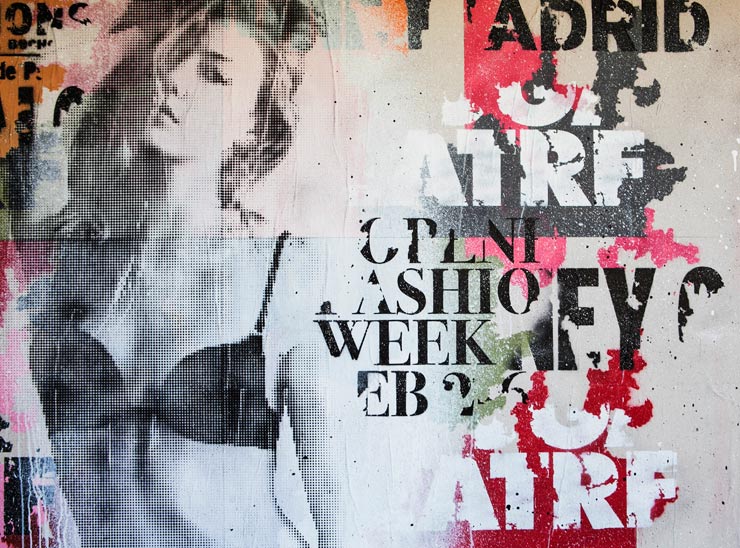 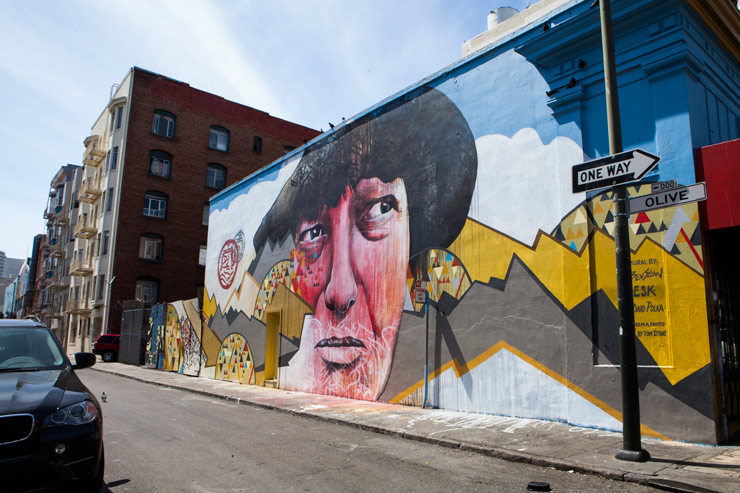 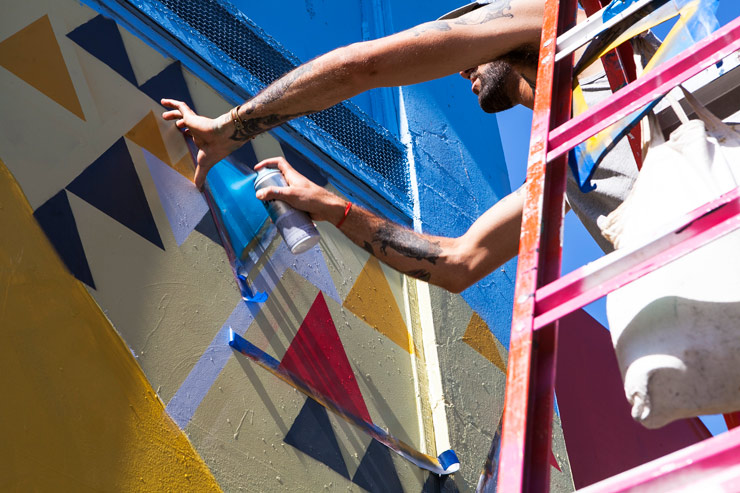 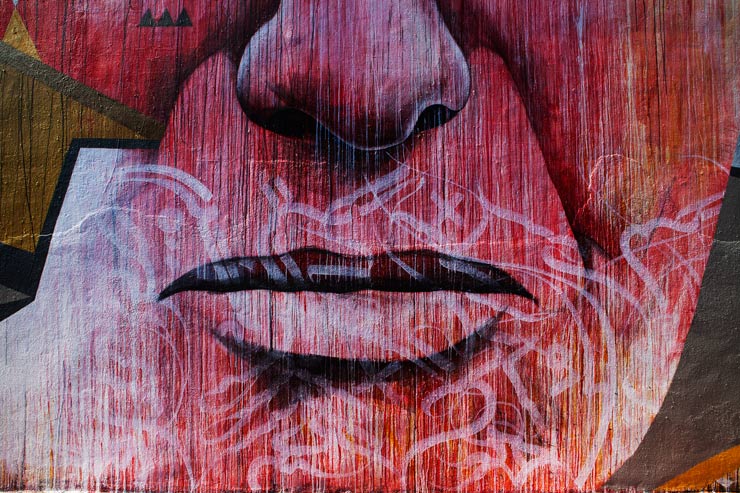 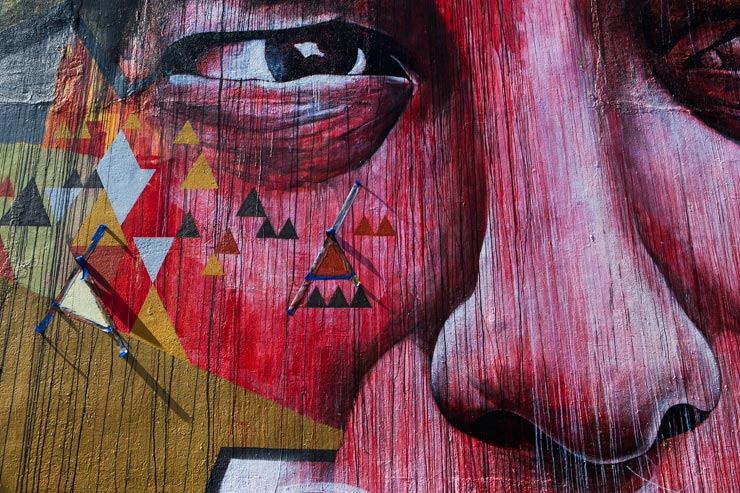 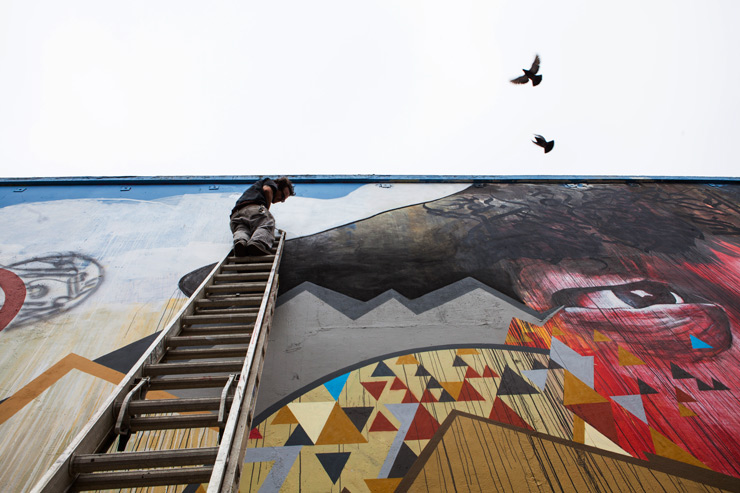 Sten & Lex in Rome for "Matrici Distrutte"
Delving into the esoteric, nearly conceptual milieu of Street Art, Sten Lex (previous Sten & Lex) are best known for their systemically/randomly destroyed enormous black and white photographic por...
BSA Film Friday: 10.30.20
Our weekly focus on the moving image and art in the streets. And other oddities. Now screening : 1. Jorge Rodriguez-Gerada: Somos La Luz (We Are The Light)2. Vegan Flava: Migration In The Ant...
Italian Street Artist in Navajo Nation: Gola Hundun Finds the Mountain
Today is #indigenouspeoplesday - but of course we talk about them more often than this. The Native American people of the Southwestern United States are called the Navajo, or the Diné. Italian spiri...
Opiemme, The Alphabet, Migrants and a Kindergarden Mural
Yup, that’s what kids need to help them learn their ABC’s – a mural that combines a poem inside a hybrid of flamingo, stork, crane, heron, and cormorant. Also, it is good to have smaller animal...
Gonzalo Borondo: New Images from "Merci", Part II (teaser videos)
The church has been closed for 30 years. If you wait long enough the natural world will overtake this temple, covering it with moss, wrapping it with ivy, filling it with trees. Borondo. “Merci” ...
Aryz Ben Slow Brock Brake Brooklyn Street Art David Polka Esk Greg Gossel Jaime Rojo San Francisco Snow White Steven P. Harrington