As museums continue to look for ways to bring in the kids, they are finding that one way to do it is to go outside and play with them.

Last year The Brooklyn Museum had a really successful GO at engaging people with community-curated programming that put people in touch with the young artist scene that has transformed the BK in the last decade or so. Similarly the New Museum Ideas City is making extensive outreach to connect the disconnected phone-poking Millenials and X’ers to the brilliant and quirky creative community that makes Manhattan the live breathing beautiful beast that it is. This is the kind of meaningful museum programming that can make the city feel inclusive, asking you to participate with your own snapping synapses and probing inquiries about the nature of things. 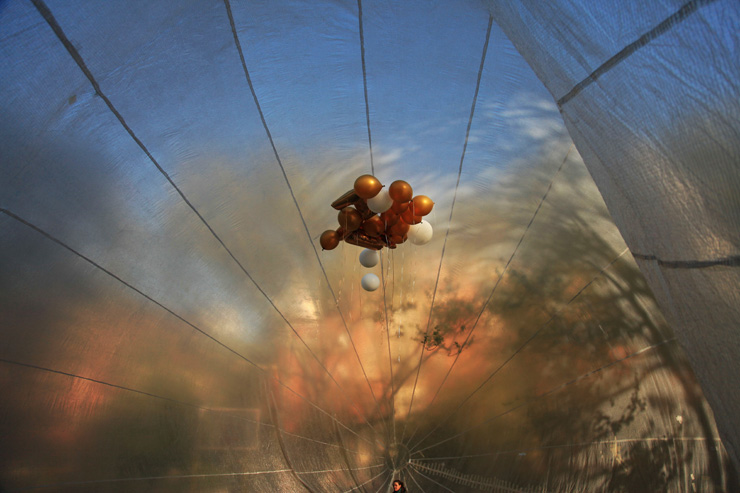 When it comes to encouraging personal participation in the public sphere, nothing is more democratizing for an event than to bring it directly into the street.  This is an exhibition that is not roped off, doesn’t charge an admission fee, has no dress code, has no gate keepers. It actually invites you to engage, to converse, to consider, question, and decide merit on your own. – Not to mention the transformative affect it all has on public space and our perception of our place in it. 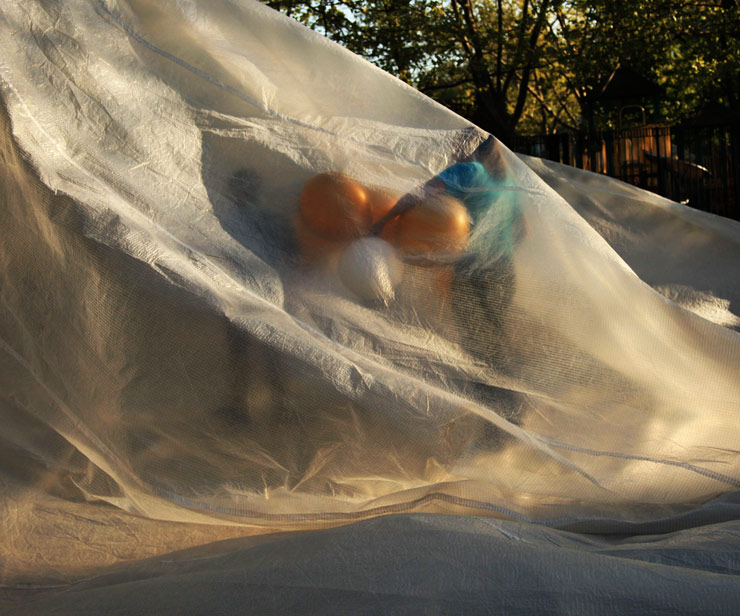 For us the second installment of the Ideas City really hit its peak this weekend as the culmination of more than a hundred independent projects and public events spilled into the street and onto walls.  For the sunny Saturday Streetfest set along the sidewalks and in nearby park space in the refreshingly dirty, loud, and un-tony Bowery section of Manhattans Lower East Side, people celebrated the public aspect of citizenry and interacted with projects and tested the ideas of artists, architects, poets, technologists, historians, community activists entrepreneurs, and ecologists. And there were some street artists around too.

Here are some of the scenes that caught the eye of our favorite BSA photographer, Jaime Rojo, who was feeling pretty inspired by the events. 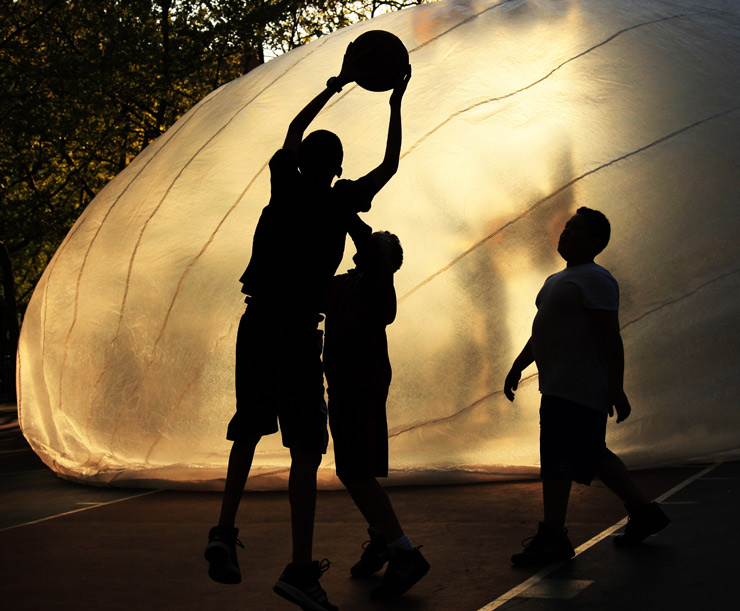 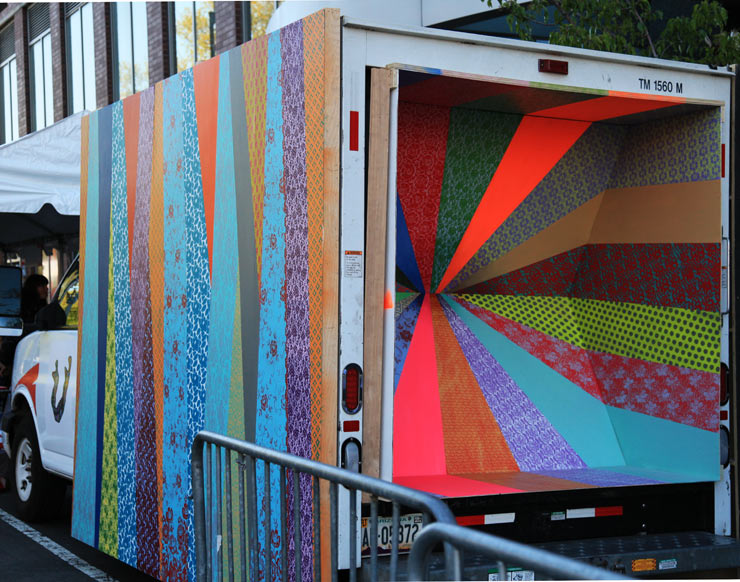 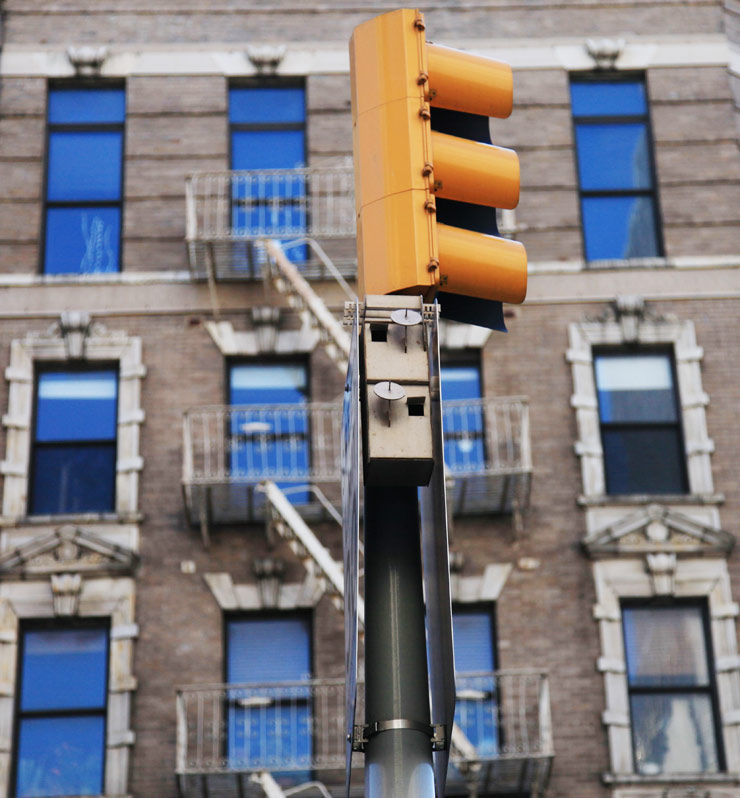 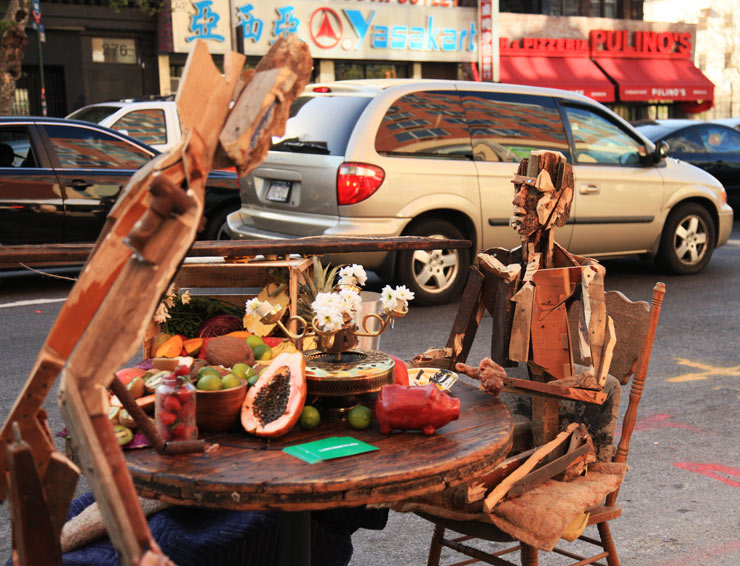 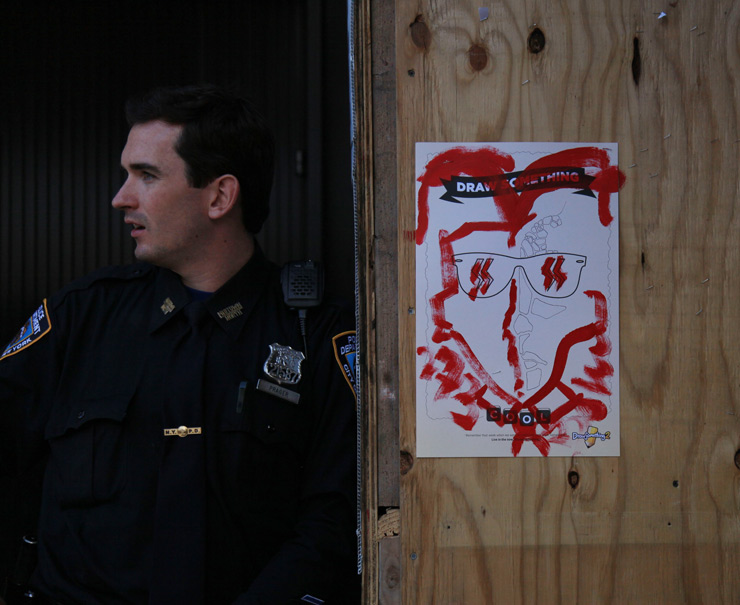 Draw Something. Yes, it’s an ad for an app, but at least people are encouraged to participate by drawing, so that’s good. On the side walk for Ideas City 2013. (photo © Jaime Rojo) 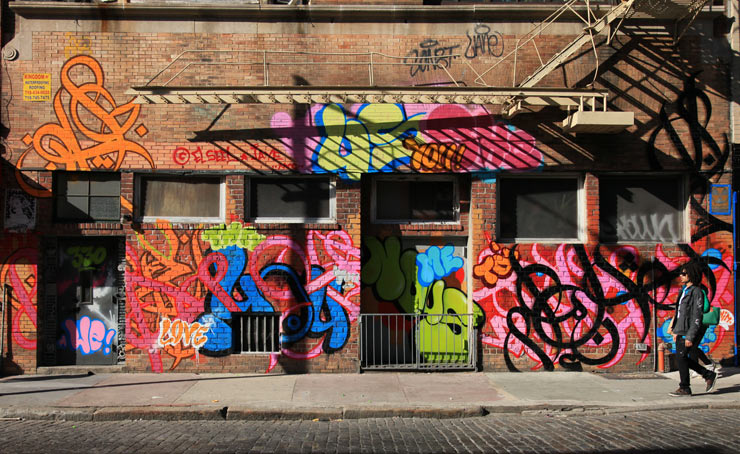 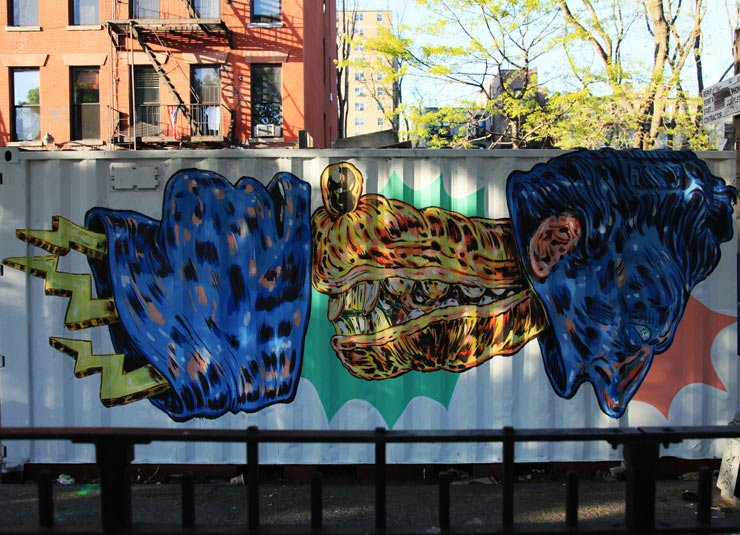 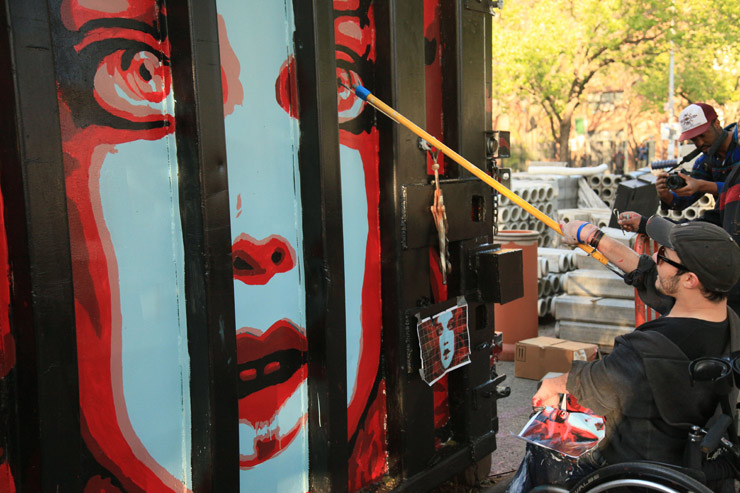 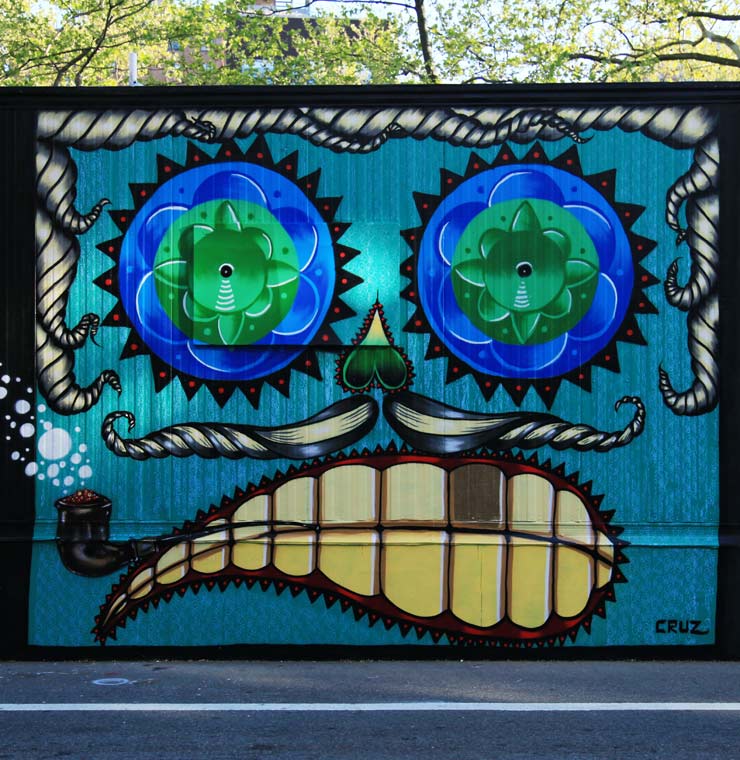 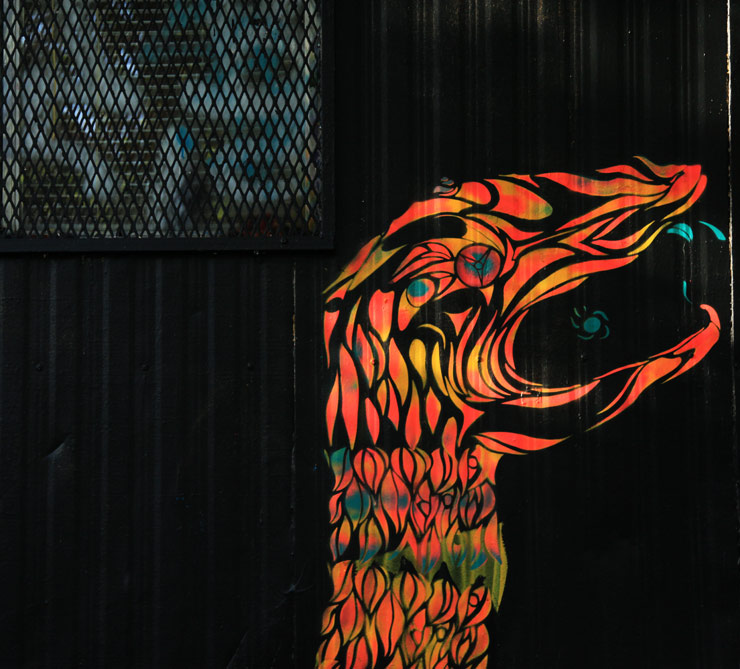 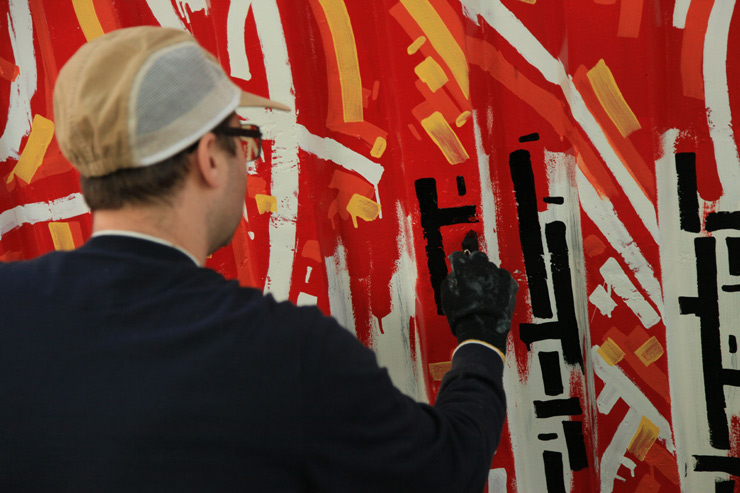 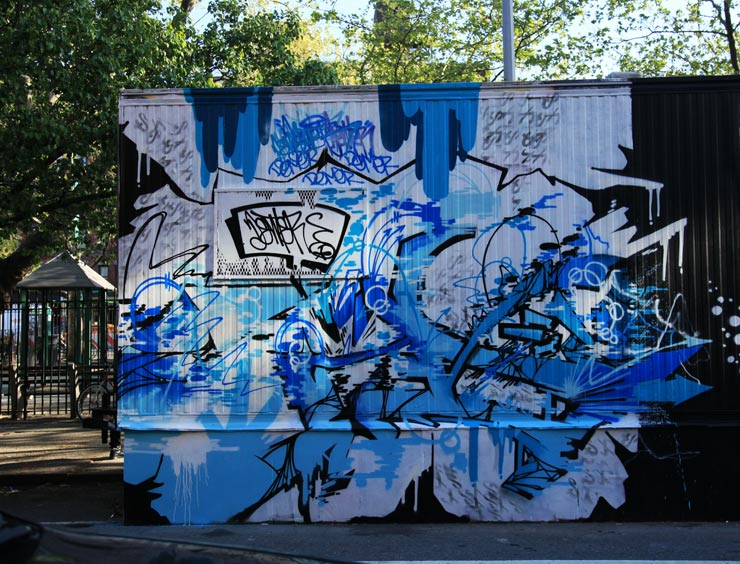 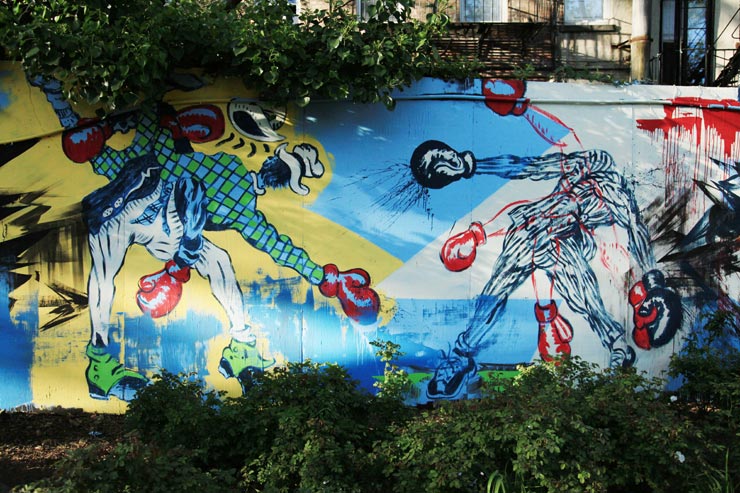 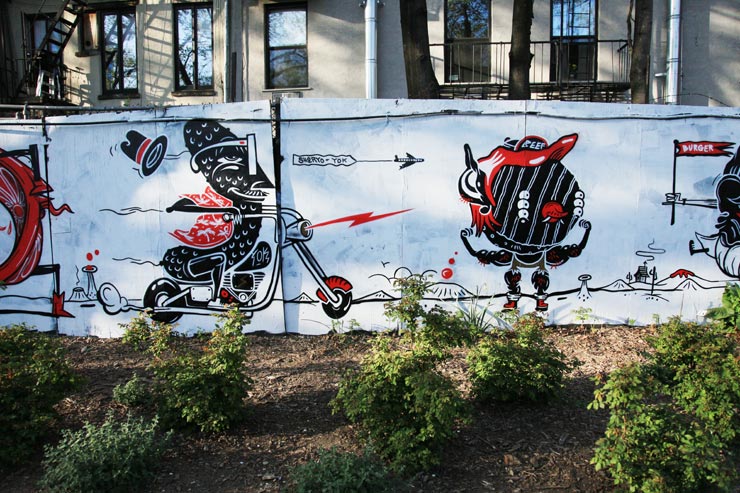 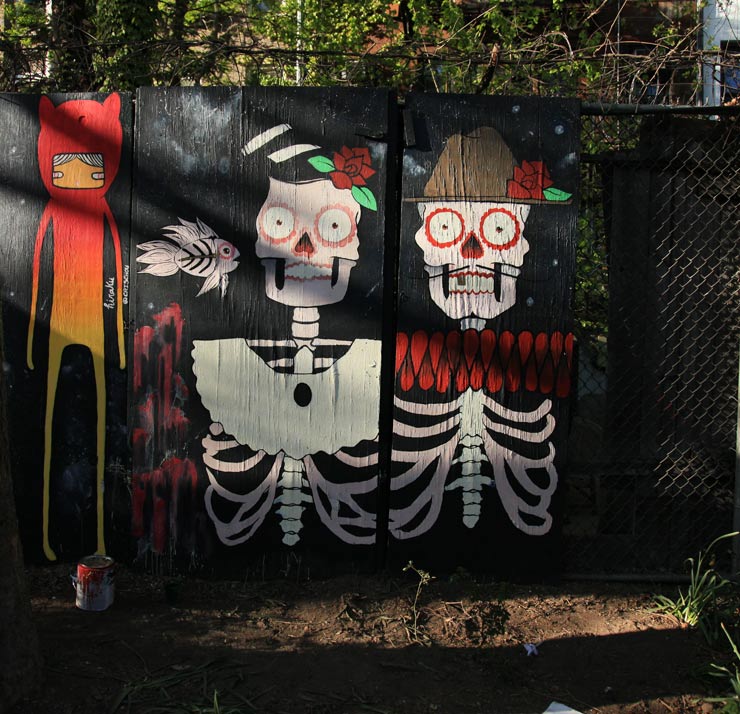 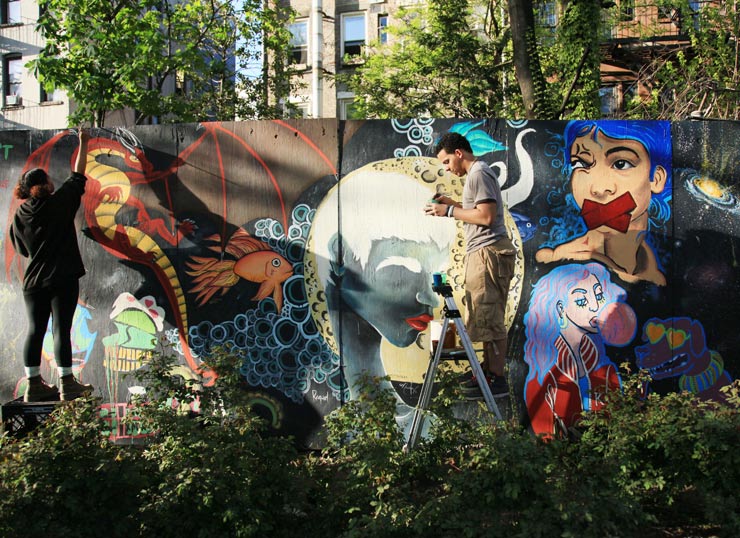 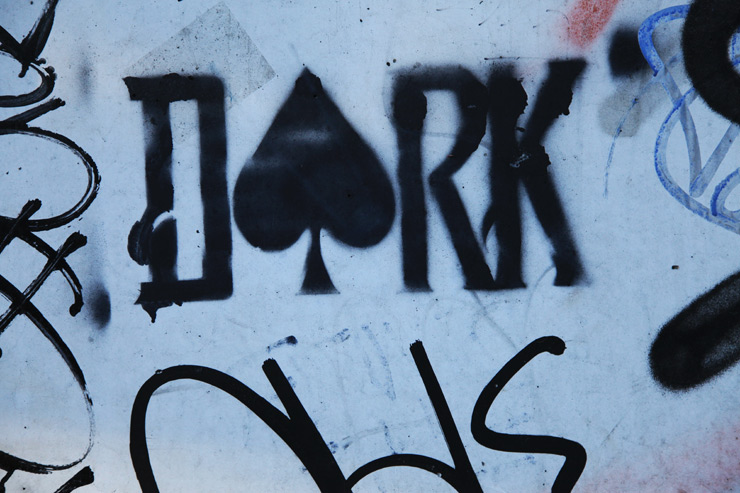