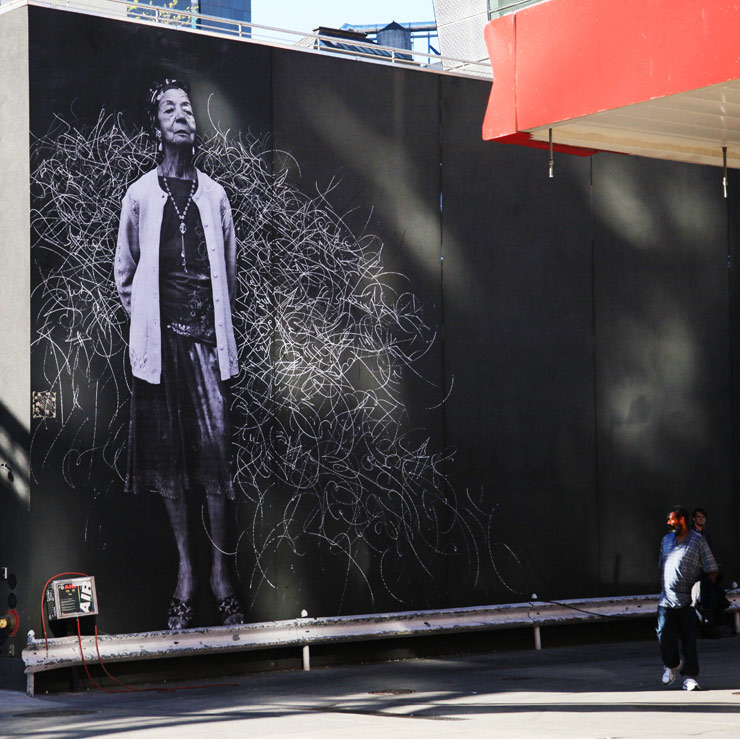 Feliz Cinco De Mayo to all the Mexicanos/Mexicanas in the NYC today! Actually it’s more of a beer company sponsored holiday for los gringos but What the Infierno, it’s a big Spanglish Sunday in our multicultural city. Yo, speaking of spanish, check out José Parlá above rocking the installation he did with JR on a wall in Chelsea.  And speaking of JR, the Times Square excitement continues till Friday so head on over to tourist central and be a part of it and a volunteer will help you get your mug turned into a piece of street art. Also keep your eyes open for news of his trip this week to Rikers Island. Bro, we weren’t there, we’re too scared to even think of it.  But we did get to hang out with visiting Tunisian/Parisian calligraphic Street Artist El Seed this week while he was hitting up a wall and we’ll show you that action soon. 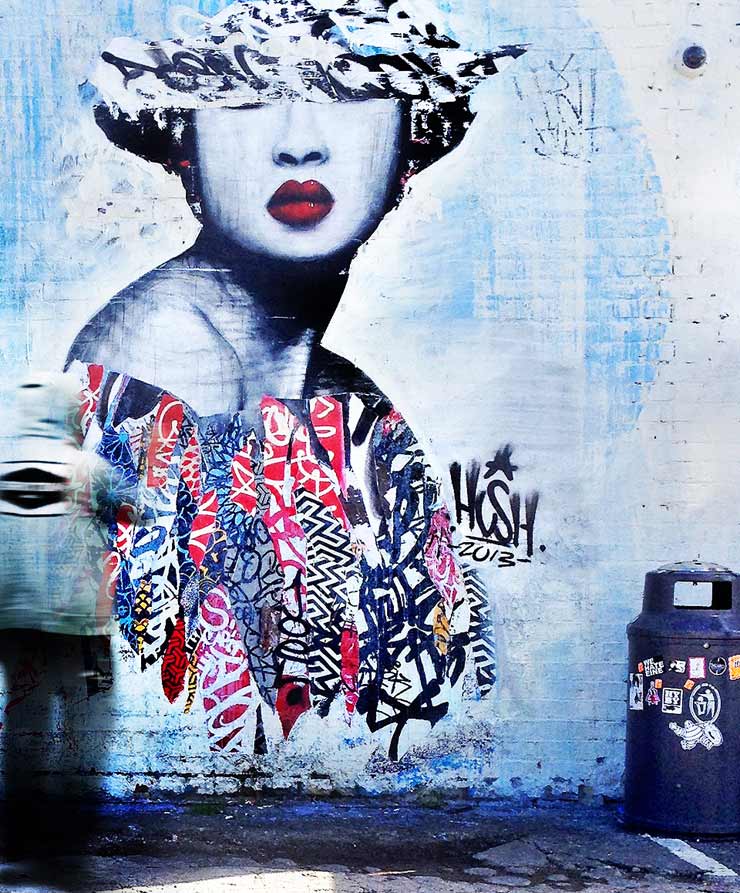 HUSH.  “Hush revisited this old piece in Newcastle, UK on Friday. The original piece in the same place was damaged by a huge rain storm,” says his studio manager, who described how he incorporated the damaged piece into the new one. Now it looks like the damage is going to influence his new show in LA. It turns out to be an interesting study in how work on the street can affect work in the studio.  (photo © HUSH) 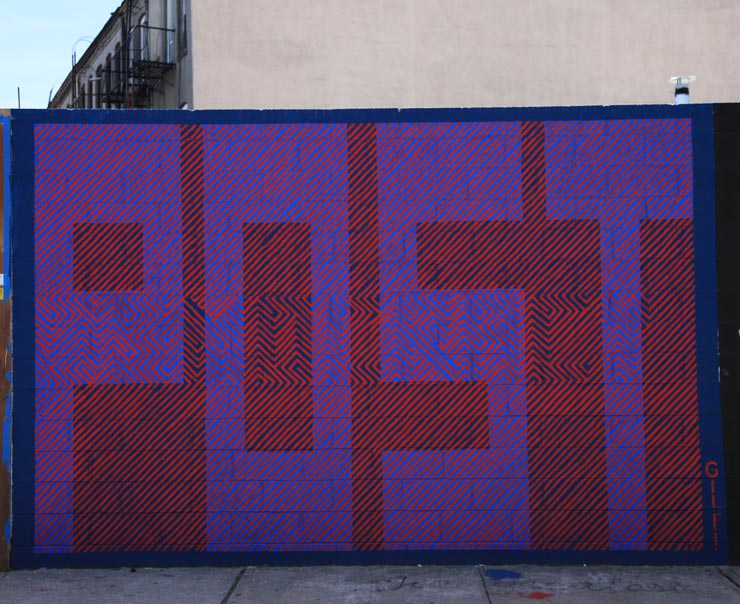 Um, could you post this? Gilf! (photo © Jaime Rojo) 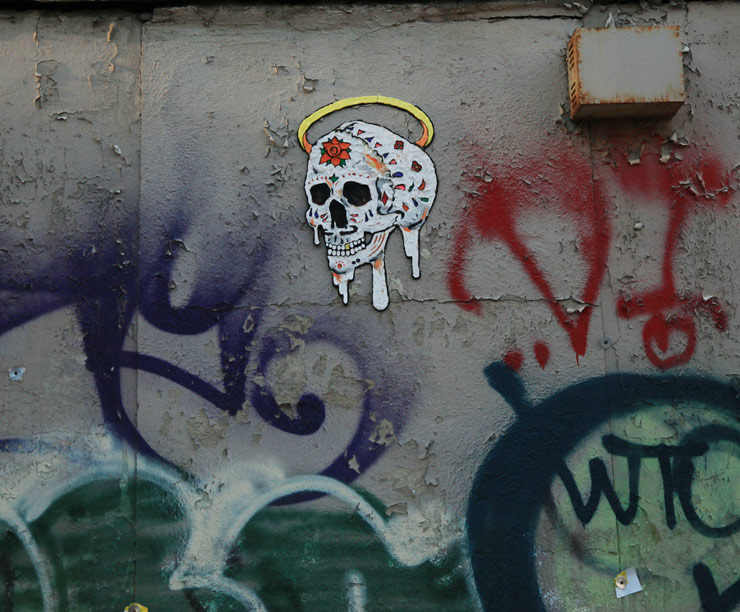 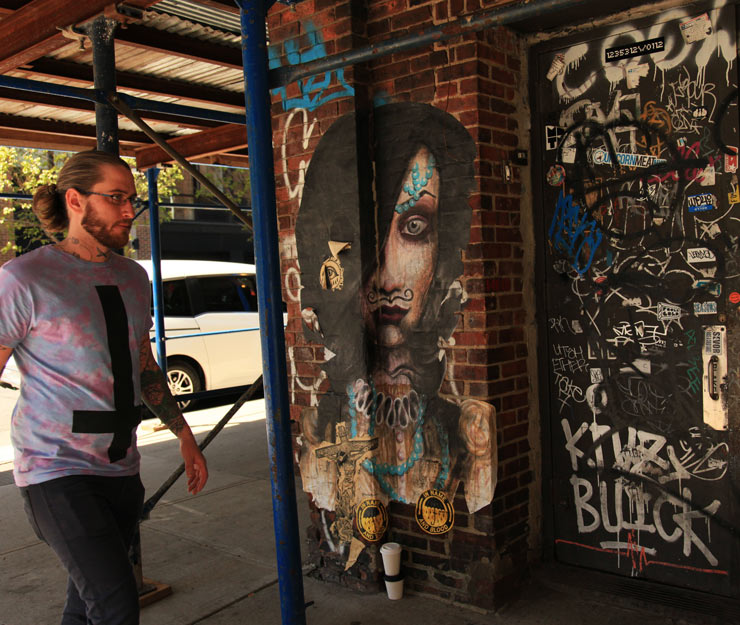 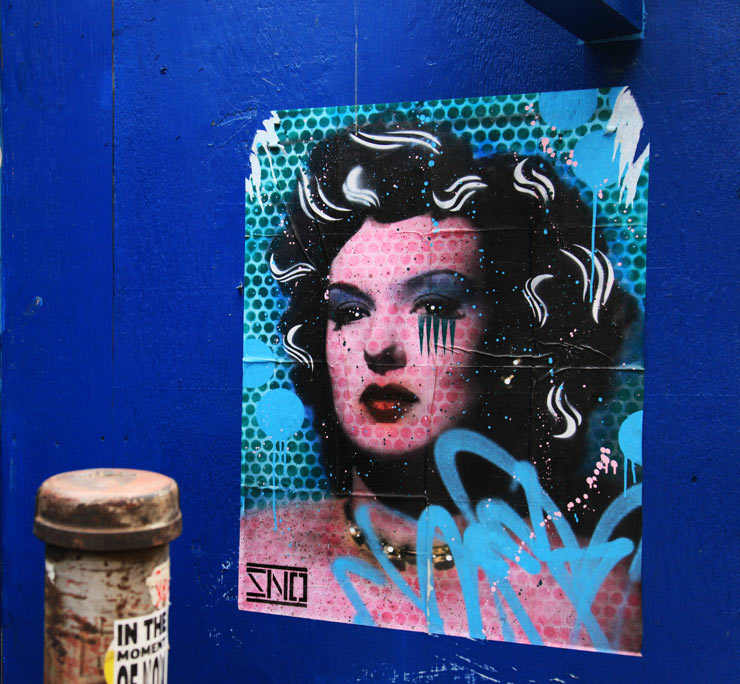 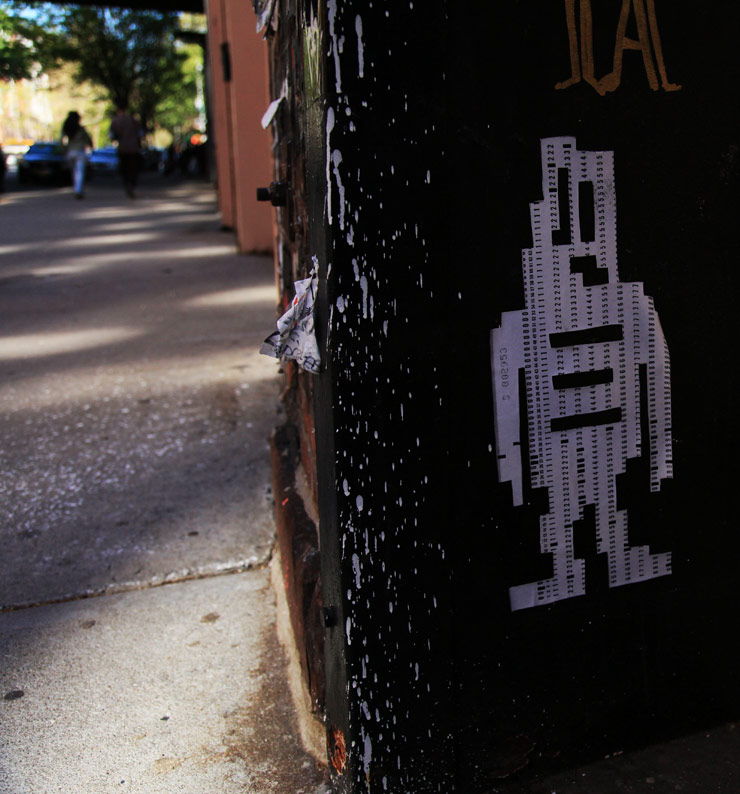 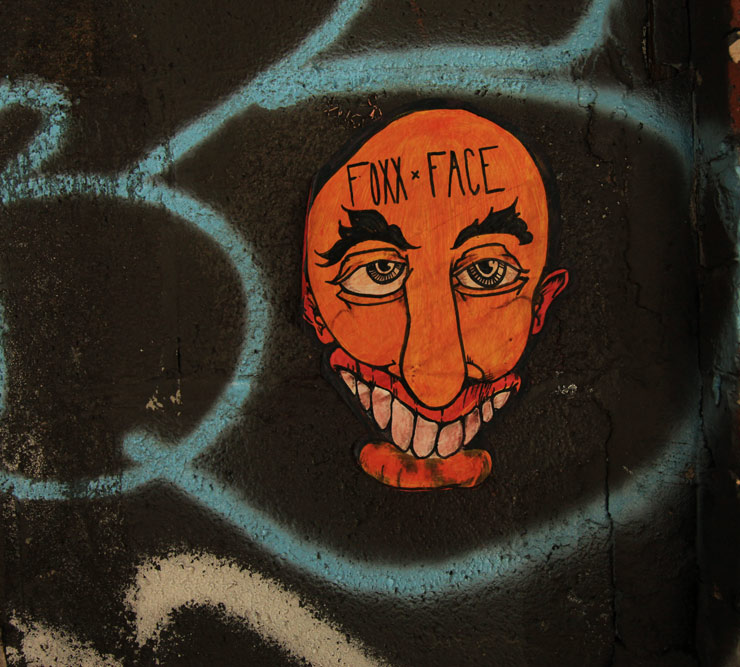 Big expansive walls are cool, but its always very nice to see well rendered small pieces on the streets too. 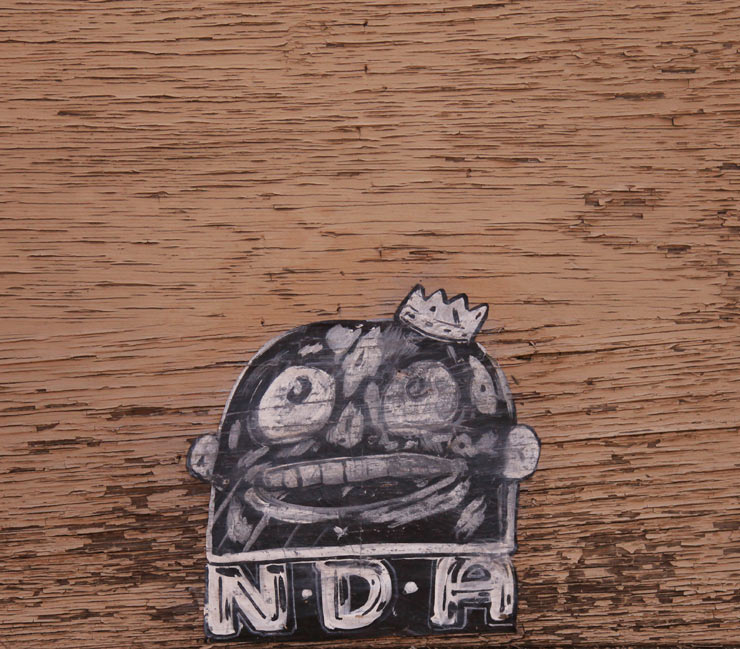 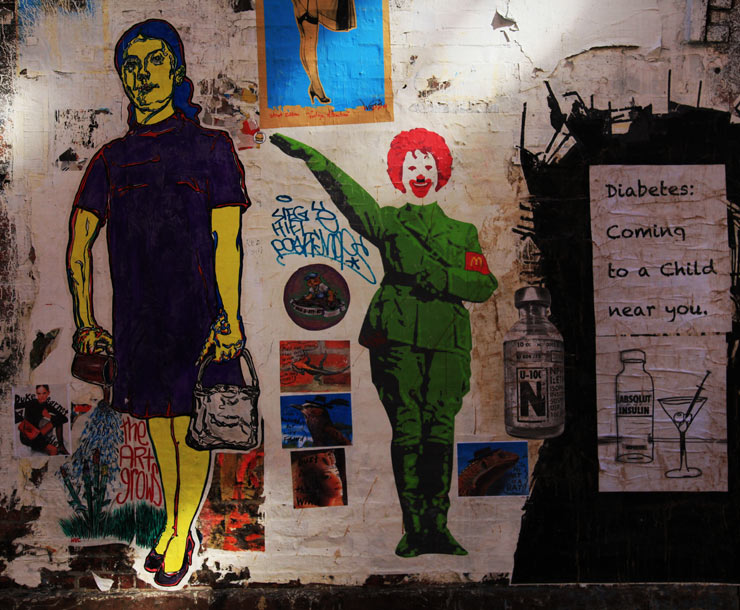 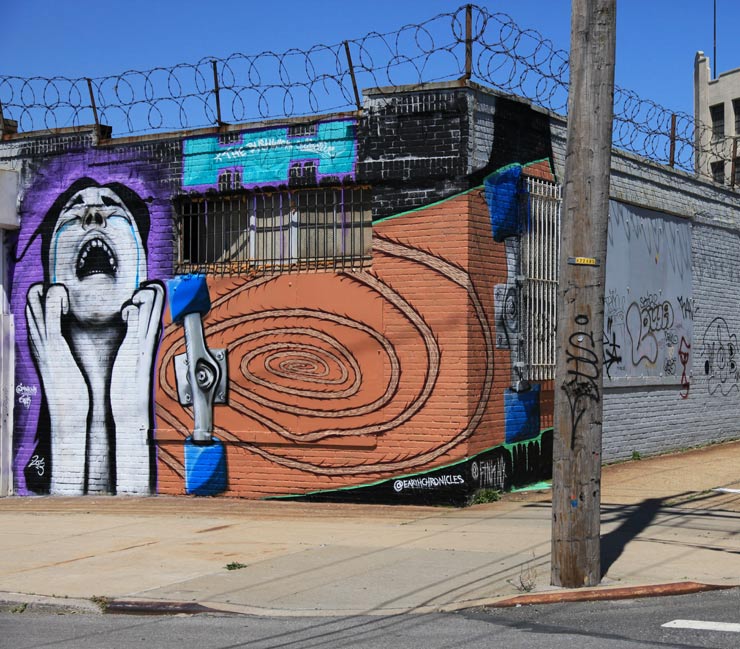 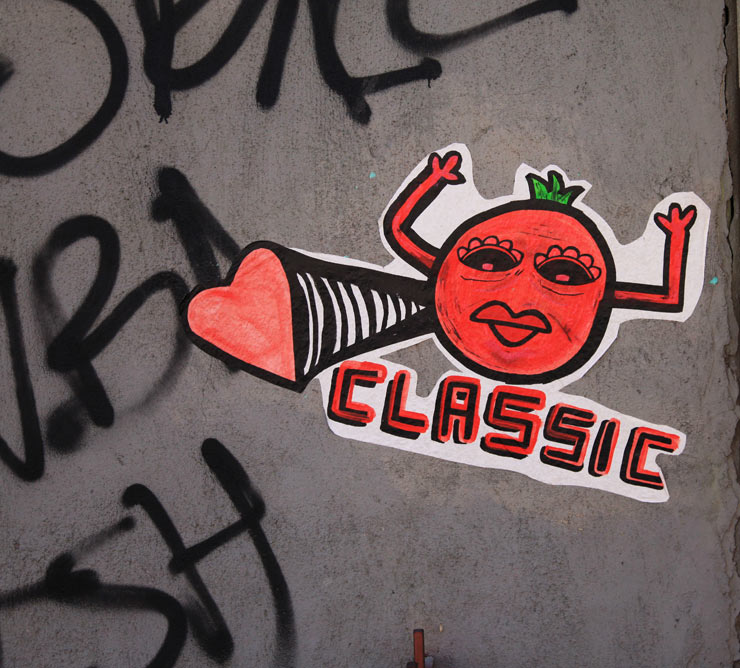 Oh man, this is a Classic (photo © Jaime Rojo) 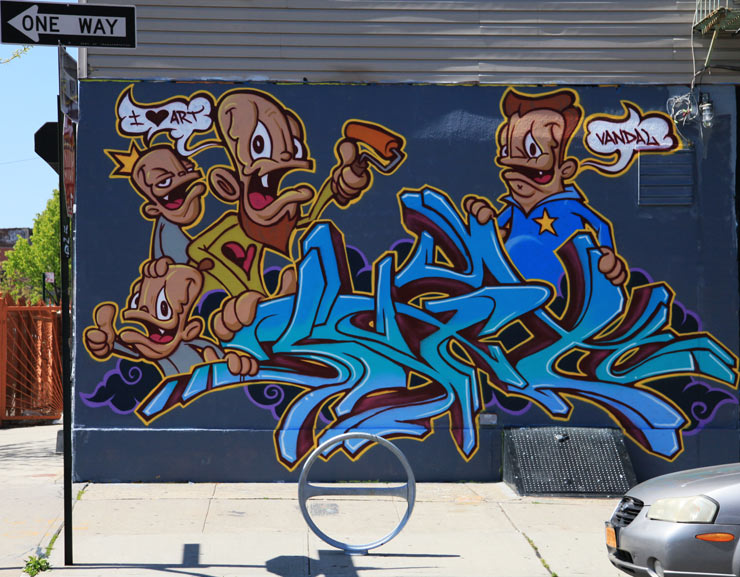 Bishop203 pumping up the volume on both his Street Art side and graffiti side, and it’s got a lot of harmony. (photo © Jaime Rojo) 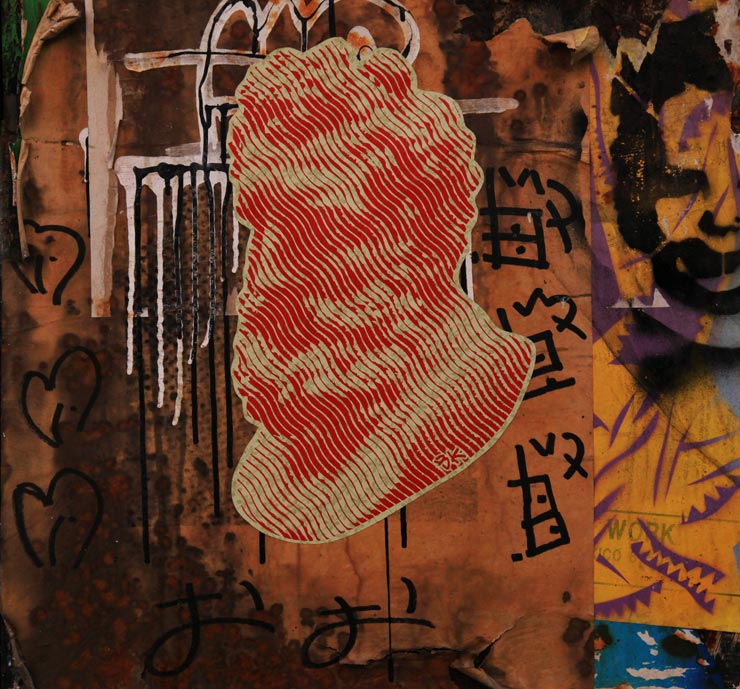 I’m thinking Herakles, how about you? Courage, endurance and nobility from Billi Kid. (photo © Jaime Rojo) 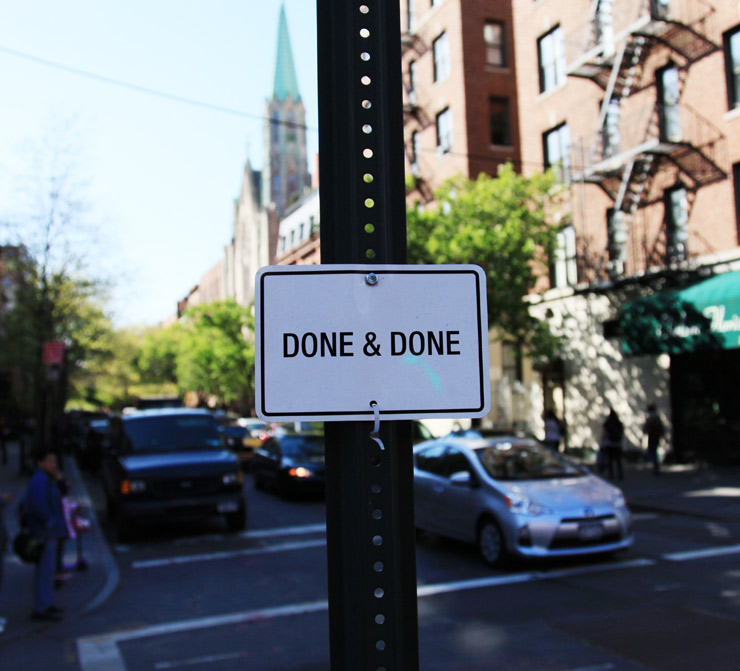 Well, at least some things are getting done around here. Artist Unknown (photo © Jaime Rojo) 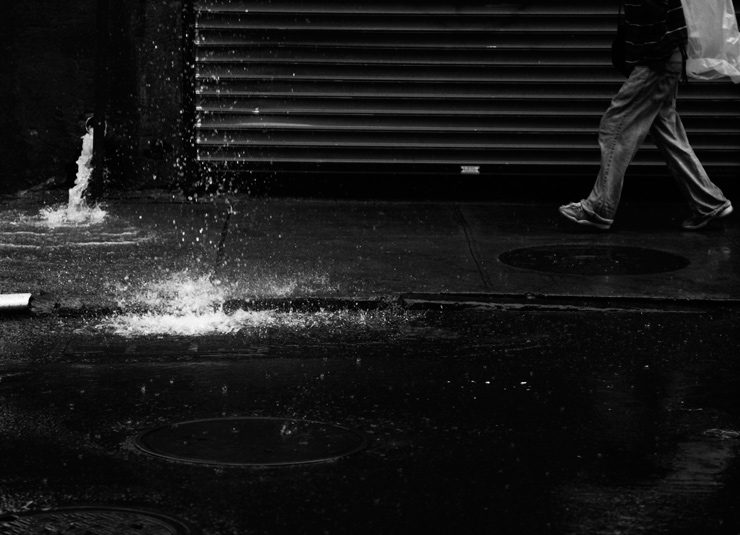 EVOCA1 Addresses Addiction in Providence, RI
“Addiction is a hard battle, and even when sober, the next fix is always lurking around the corner tempting you to fall back into that pit,” says Nicholas of INOPERAbLE Gallery, as he looks at this ne...
Josep Fernandez Margalef x Rice Create Connection: "Esperança" (Hope) in Barcelona
Today we go to Barcelona in Spain, where the country held a memorial ceremony July 16 to honor more than 28,000 people who have died there from COVID-19. This new mural contemplates what it means to ...
BSA Film Friday 02.20.15
Our weekly focus on the moving image and art in the streets. And other oddities. Now screening : 1. Ella And Pitr: "Par Terre" 2. Hama Woods: Rat Pack Party 3. DAS WIENERWALD in an abandoned...
Urvanity Murals - Artez, Marat Morik, Poni, and Pro176
As part of the offerings on the street this year in Madrid, the Urvanity fair featured four artists creating new murals in the nearby environs to the Colegio Oficial de Arquitectos de Madrid (COAM) ...
Two Writers Walk Into a Tunnel: MUSA71 x Siro in Barcelona
Part of the experience of making art in the street is the interaction with people passing by. Other times it’s about being out with your mates or peers, hitting up walls that are near each other – sh...
Absolut Insulin Billi Kid Bishop203 Brooklyn Brooklyn Street Art Cinco de Mayo Classic Cuba Duke A. Barnstable Earth Chronicles Fink NY Foxx Face Fumero Gilf Havan Hush Jaime Rojo Jon Hall José Parlá JR Manhattan Mr. Toll ND'A Newcastle NYC Rene Gagnon Sno Steven P. Harrington Stikman U.K. WishBe