Artist Battles Stylistic Demons and the Coldest March on Record … And Wins!!!

From Street Artist and fine artist Maya Hayuk comes this new mural “Melt the Guns” in her signature style on the exterior of Pictures On Walls in East London.

While she had a good time doing the new work, she noted the horrendous weather conditions (” ‘the coldest March on record’ they kept saying”) and the fact that her work had to be nearly completely painted over because it veered out of control due to stylistic demons that took it over.

More on demonic occupation in a minute but first can we address the topic of surprisingly miserable weather: Didn’t we already establish that this was a painting taking place in London? Okay, any other questions?

And now, about the repainting – Even the most experienced Street Artists will tell you that sometimes your painted wall plans can go awry, and Ms. Hayuk needed to take a little more time to paint this one over till she got it right. “I don’t plan out my paintings before I start,” she says of her process, and you realize that reversals and re-painting may also come from her desire to be in the moment.

Hard to imagine and hilarious to hear about, but Maya actually feels like she has to steer clear of certain stylistic influences that may crop up unannounced in her paintings. In fact during her creation of “Melt the Guns” a number of these unwelcome styles were simply lurking, ready to insinuate themselves into her compositions. 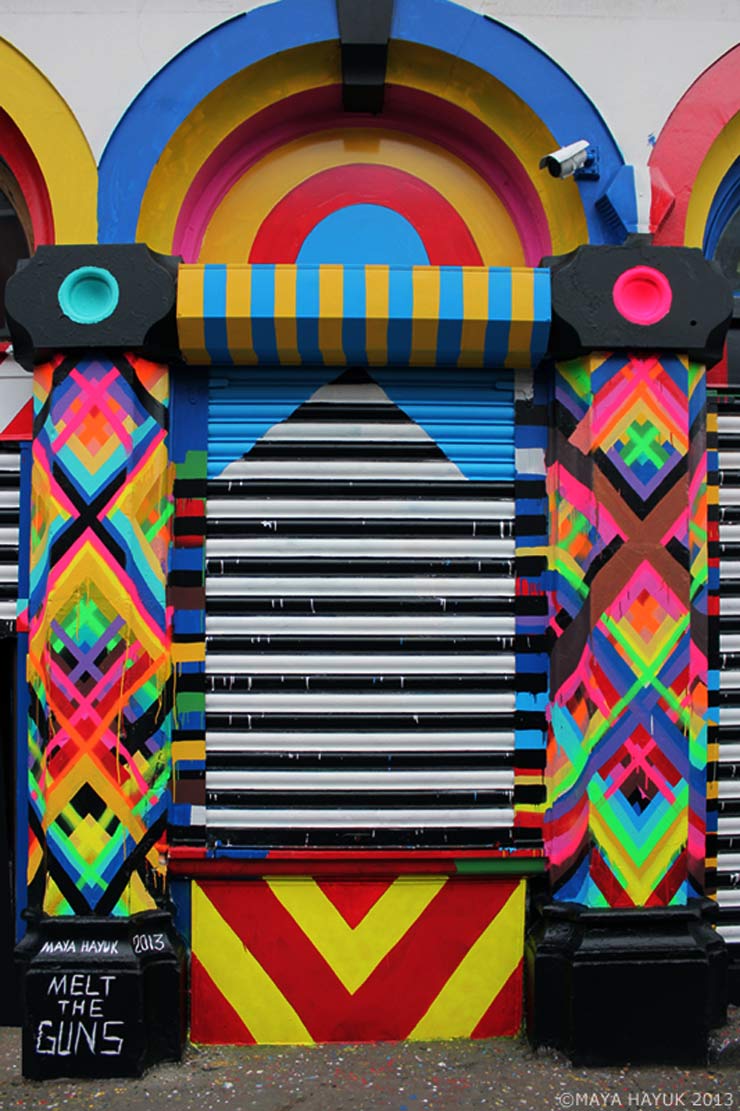 Herewith is a shortlist of the marginal, cliché, nauseating, or “very scary” influences that can take over her mind-melting color palette and lead her astray if she is not vigilant:

Head Shop (which also can be sometimes ok) 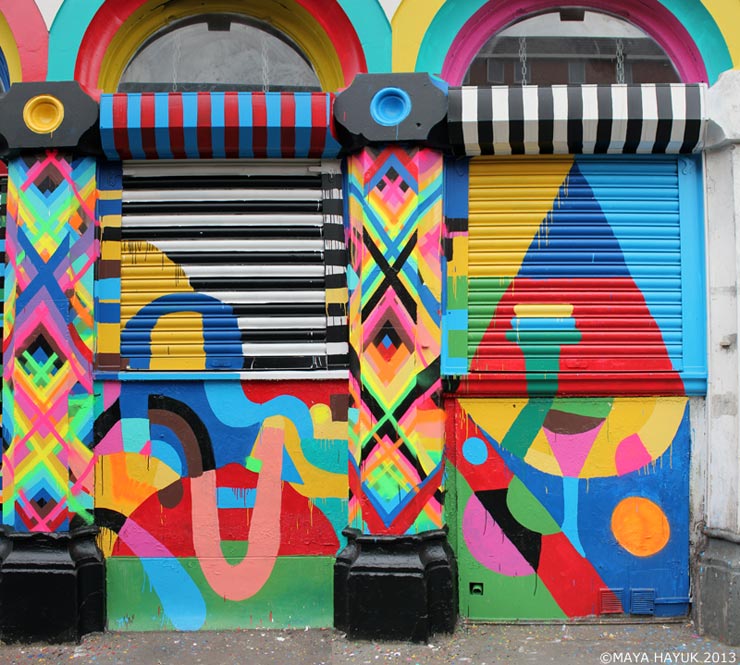 During this ornery install, Maya says, a combination of many of these stylistic third rails shocked her fluorescently. “Unfortunately, somewhere along the way on this particular painting I WENT THERE,” she laments with some humor in her voice, “I spent days re-painting in a massive un-doing process. Underneath all of the black and white stripes is another entire mural that I painted that included elements from my list and beyond.”

Want to see a picture? “No – I didn’t photograph it! I just ‘black and whited’ over it.” 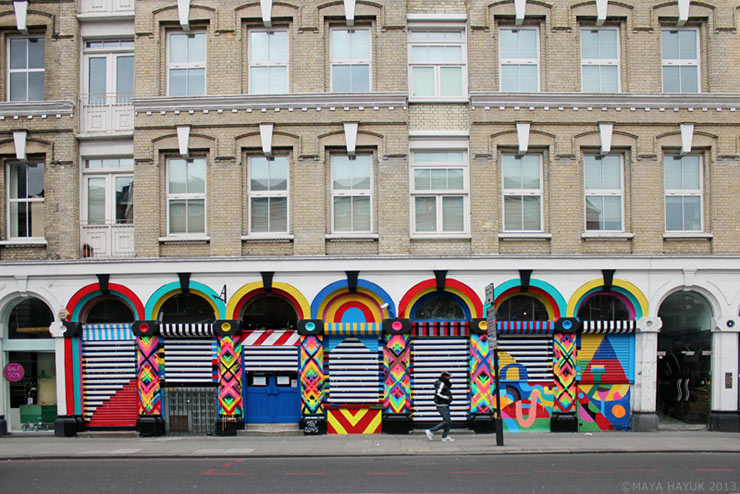 Urban Nation Museum. Art Mile: Installations In Progress. Dispatch 5
Today some progress shots - these projects were not completed while we were shooting so you’ll want to go to the Museum Mile today along Bülowstraße (Berlin U-Bahn). The Urban Nation Art Mile (Artme...
BSA Images Of The Week: 11.20.16
New York is bracing, as is the rest of the country, for the fallout of the election. We've seen an uptick in anti-semitic graffiti on the street, but not a great deal of other stuff aside from ...
Elfo's Neo-Dada Butchering Diagram in Turin
Elfo’s furtive and artful wanderings can veer off into the neo-Dadaist fields at times, sometimes wittily so, and textually. The Italian graffiti writer and street artist uses the simplest of devices...
BSA Film Friday 9.24.18 - From UPEART in Finland. Dispatch 4
BSA is in Finland this week to see firsthand the work of UPEART, an expansive mural art festival in its third iteration. Unique for its geographical breadth as well as it’s curatorial depth, UPE...
Dan Ferrer: On Life, Resilience, Art, And Loss
Somewhere between realism and abstraction lies a figurative allegory that plays out in saturated color for the Spanish street artist/studio artist Dan Ferrer. Moving between a loosening of realis...
Brooklyn Street Art Jaime Rojo London Maya Hayuk Pictures On Walls Steven P. Harrington U.K.