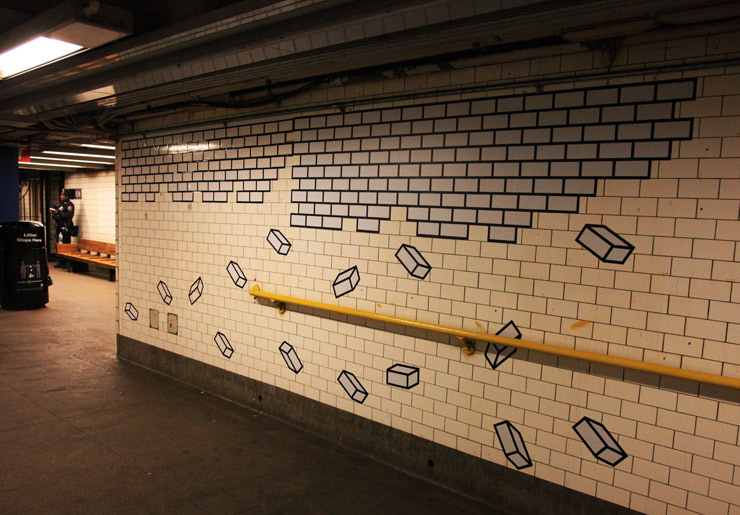 March 21 hit us this week and that means Spring and that means more birds, flowers, sidewalk sales, thigh-high shorts, and Street Art and graffiti are on their way! Great to find this new brick wall falling apart by Aakash Nahalini in the subway this week, and then to learn that it is a sketch for future ideas. Also we’re on the look out for a new sculptural Faile tribute to Revs somewhere on NYC streets, and you might have seen a few new bird houses from XAM. Aside from some of the regular players, you can be sure there are some new kids on the block because this form of expression continues to expand and whether its a one-off, or the start of a long career, the street continues to inspire artists to get their stuff out there and skip the proscribed route.

Top image > Aakash Nihalani does a study for a near future installation. (photo © Jaime Rojo) 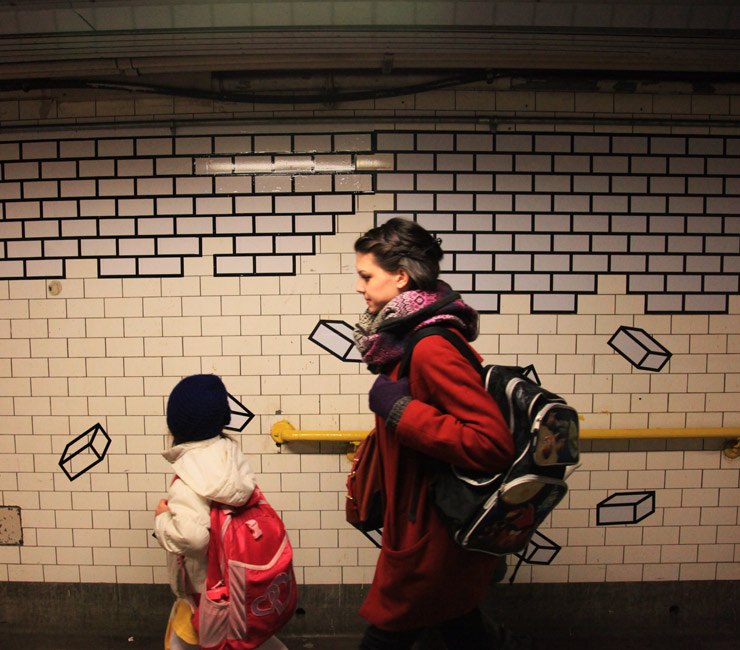 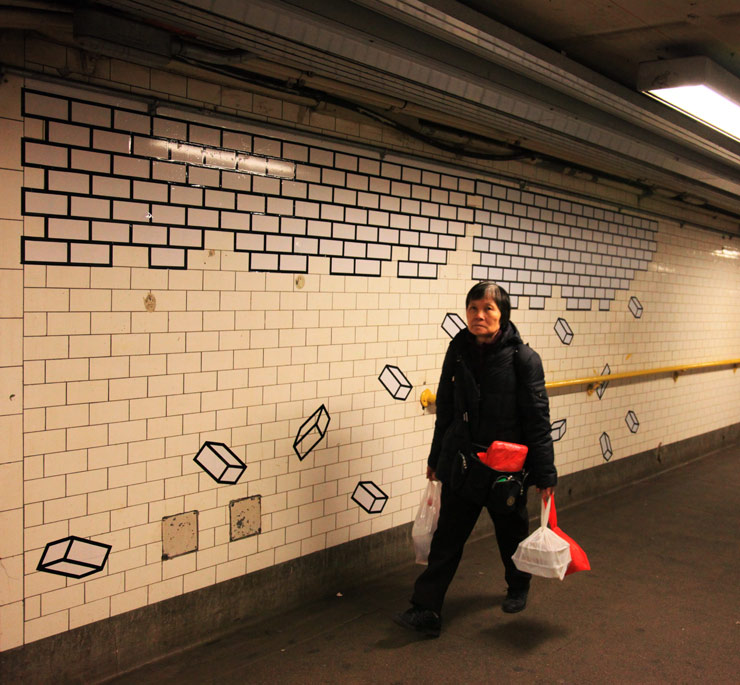 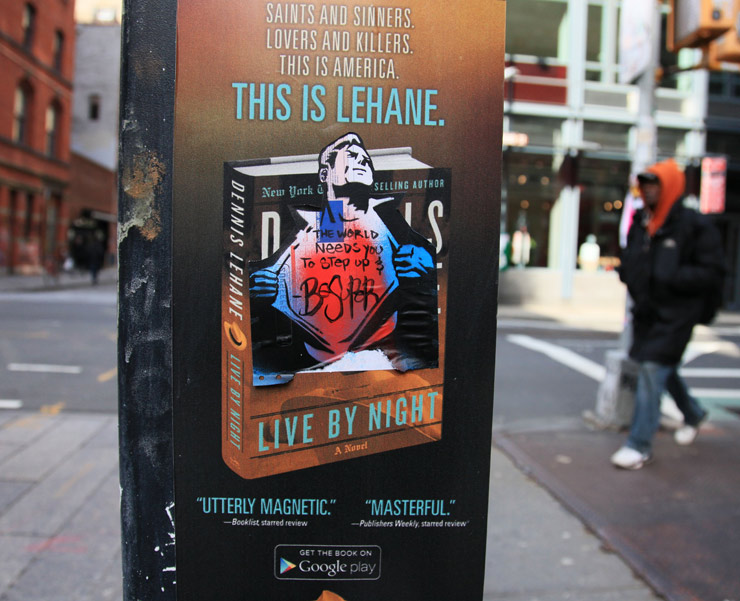 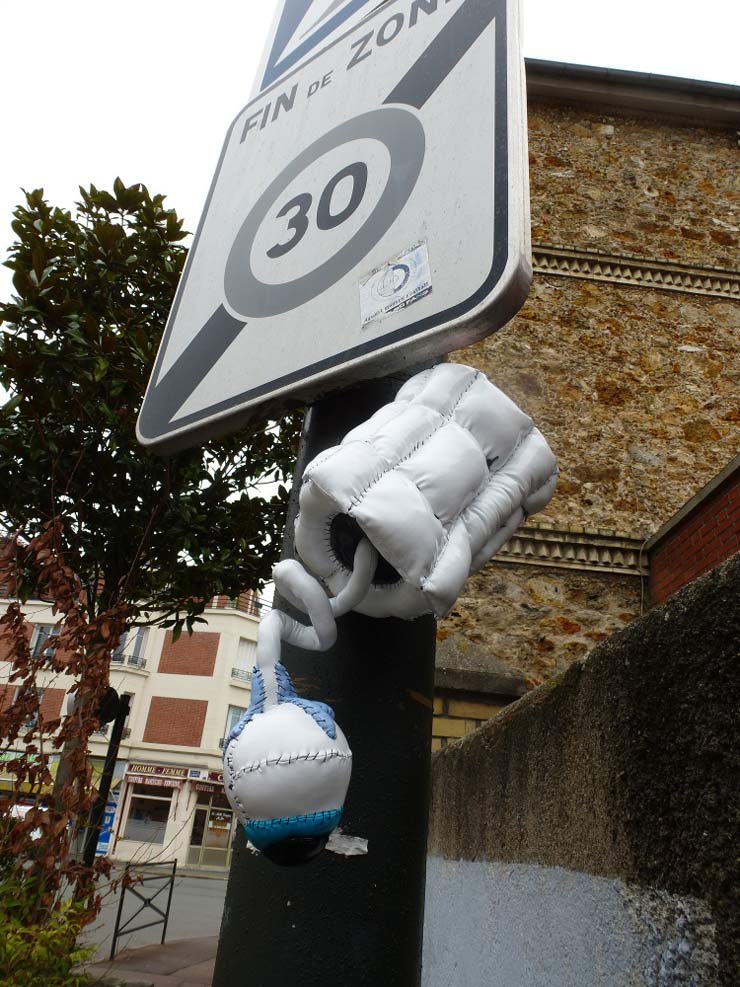 David Gouny continues to take his exploration of chubby sculpture in the streets of Paris, like this “CCTV Contaminated Fat Virus” (photo © David Gouny) 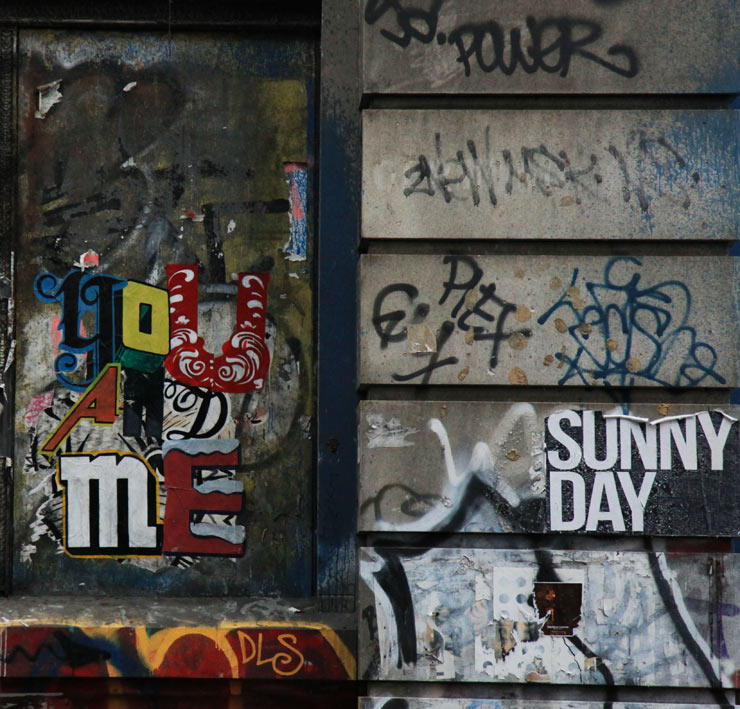 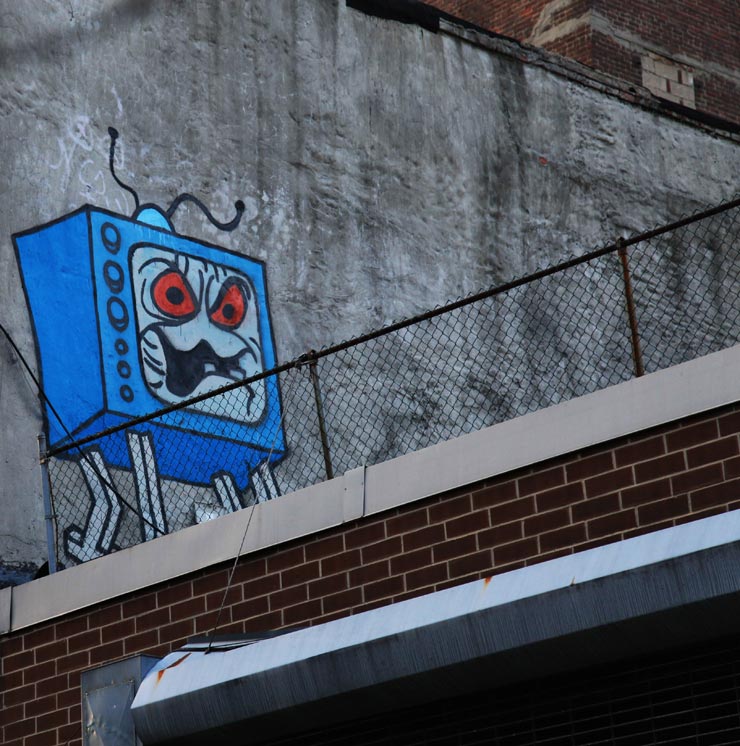 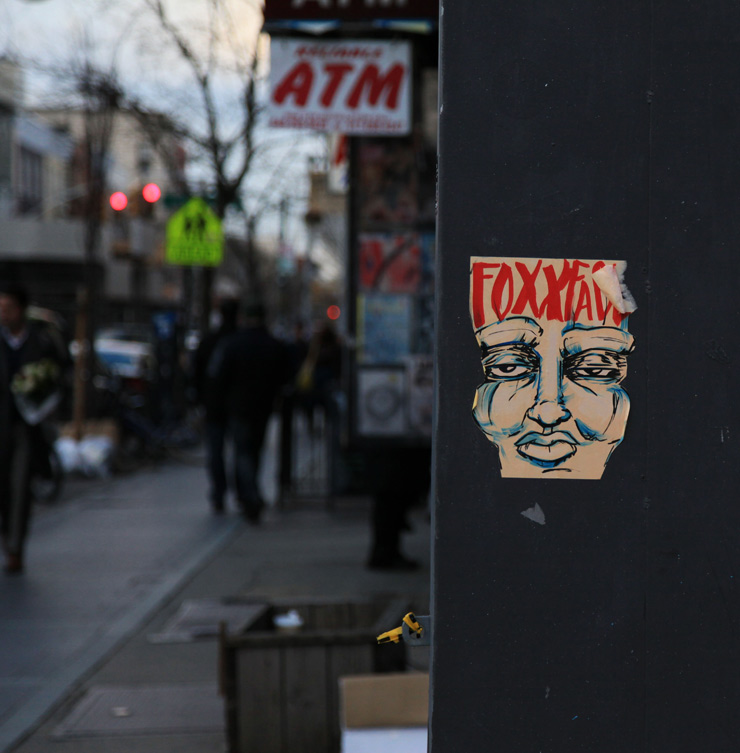 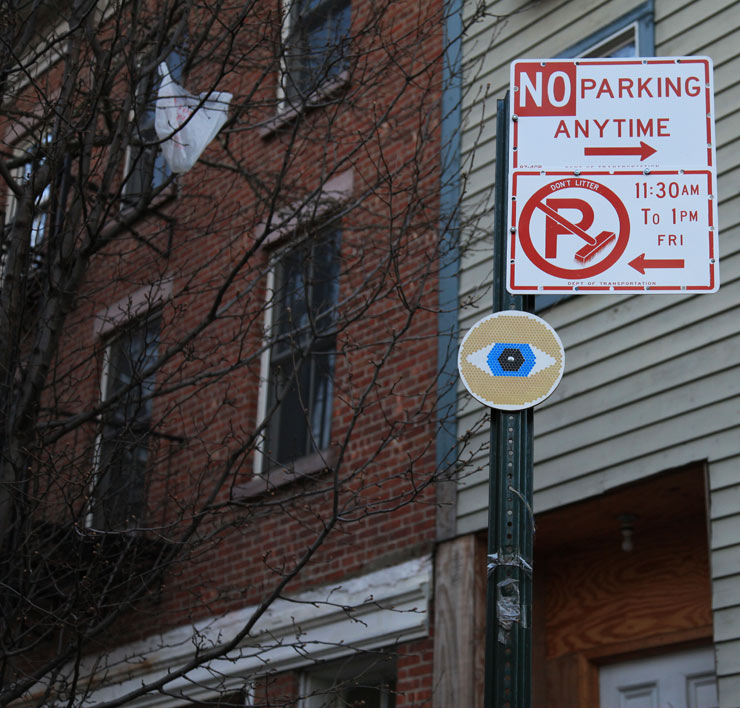 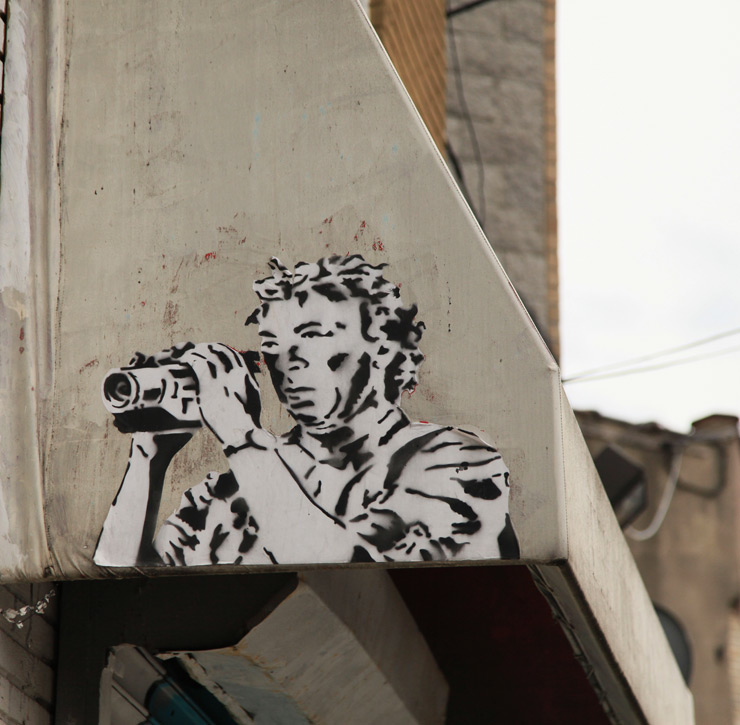 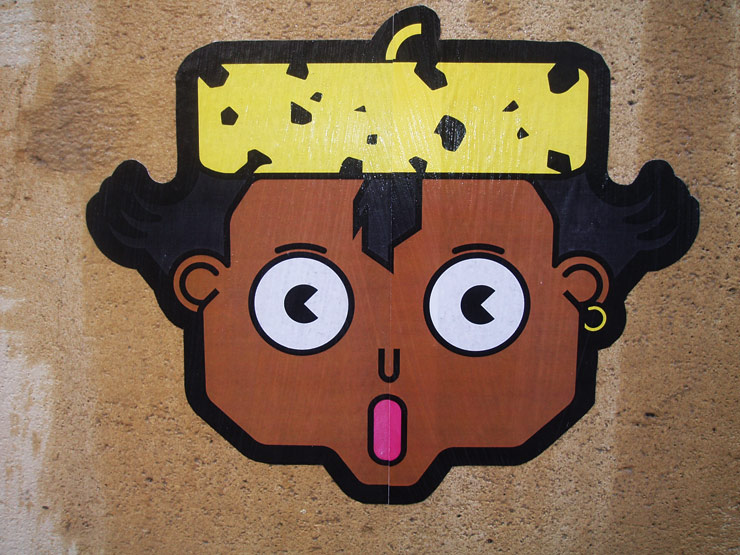 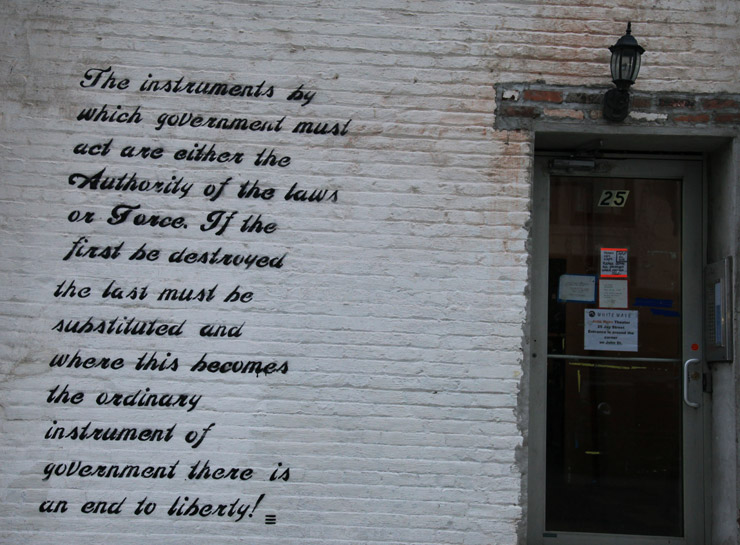 Which one will you choose? Artist Unknown (photo © Jaime Rojo) 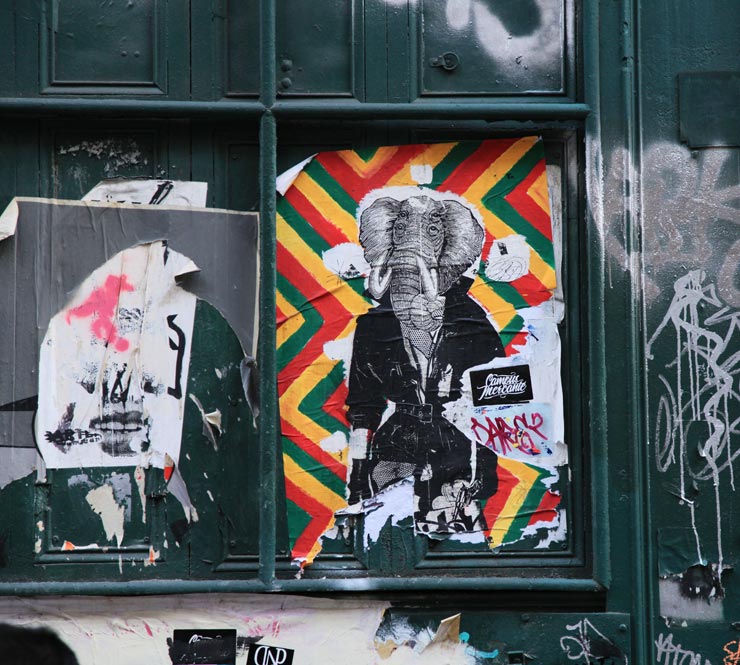 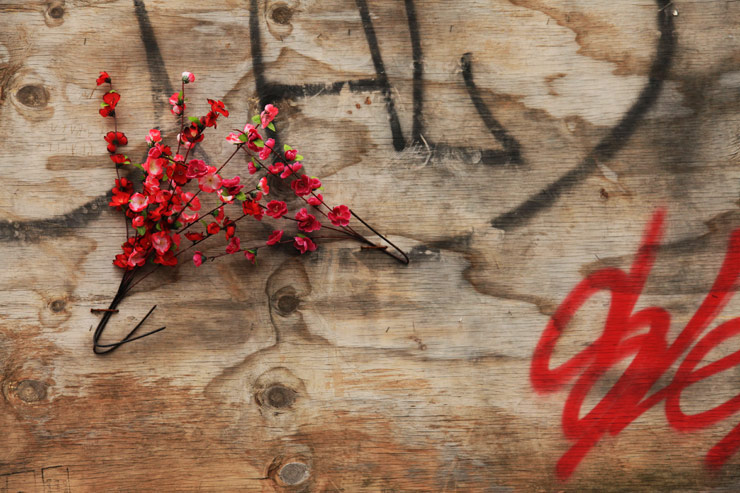 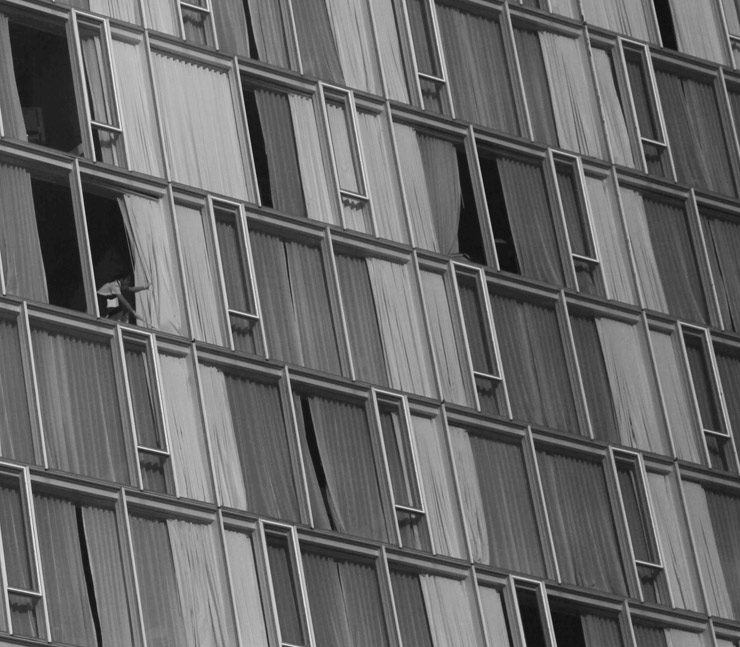 Michelle Houston, BSA Wishes And Hopes For 2019
Michele Houston, enfant terrible, storyteller in the Queen's English, curator at Monumenta festival Leipzig, at Zwitxhermaschine Gallery in Berlin, for this years very successful Wandelism, and co-fou...
Bending Perceptions at ONO'U: ASTRO, OKUDA & Graffiti Couture: ONO'U TAHITI 2017: DISPATCH 3
This week BSA takes you to the French Polynesian Islands to see the new murals going up for this tropical island cultural festival called ONO'U Tahiti 2017. We're happy to bring you the daily events...
Guggenheim Bilbao Impresses Outside and In
Bilbao Spain is known for its Basque nationalism, its Basque football club, its pintxos and beer outside pubs in small streets, its Casco Viejo. It is also today closely identified with the Frank Geh...
Vlady: "Segregation" Street Sign Campaign in Stockholm
“Defeating racism, tribalism, intolerance and all forms of discrimination will liberate us all, victim and perpetrator alike.” ~Ban Ki-moon The many shades of racism and classism in society are ...
BSA Images Of The Week: 09.15.19
Did you see that micro-moon on Friday the 13th? We were up on the roof with artists and friends and weirdos celebrating "mid autumn moon" and looking at the New York skyline and that beautiful mo...
Aakash Nihalini Ayatollax Bast Be Super Brooklyn Brooklyn Street Art David Gouny El Sol 25 Foxx Face Jaime Rojo Manhattan NYC Oculo Paris Steven P. Harrington