Ahhhhhhhhh, we are all going to Hell in a hand basket! That’s what your music teacher Mrs. Penny Whistle said as she picked that last little caramel-colored shard of peanut brittle out of the box at her desk and crunched loudly as you played your Top 40 musical contribution for the whole 6th grade class to listen to on your mini-speakers. And in fact, she may have been correct. Look at what has happened since then! Also, the Mayans tell us we have about 5 fricken cold December days left till we all die a calamitous death, which is why I have done NO Christmas shopping.

Friday on Bushwick Avenue in Brooklyn you may have also learned about where YOU are likely to go after the big apocalypse and Jaime Rojo is pleased to share the answer photographically here (see the last picture).

But before we get to your final resting place, here is our weekly interview with the street, which is very lively this week! We’re featuring 4 Burners Crew, Bast, Dasic, EKG, Icy & Sot, Lädy, HUSH, MA, Mr. Toll, Nether, Okuda, Olek, Rubin, Square, Start, and Tripel.

What can we say? Have a great week. 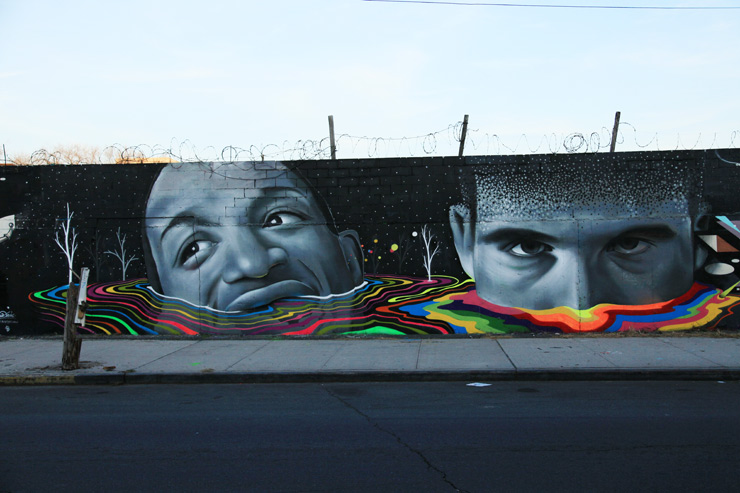 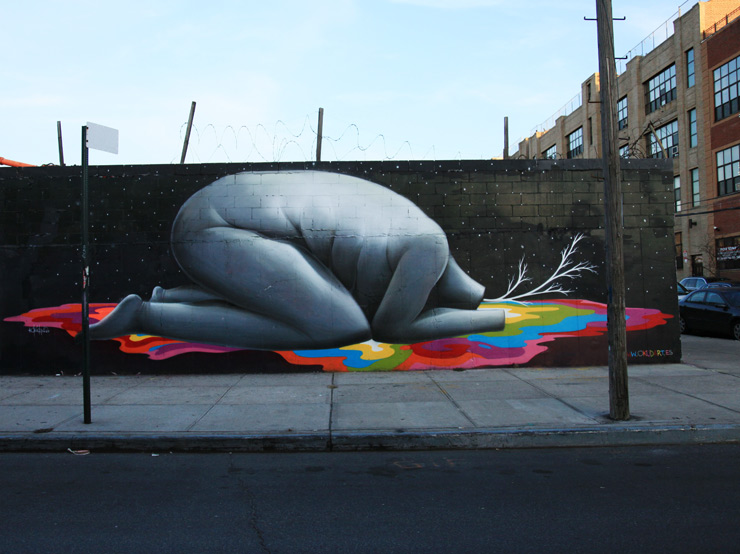 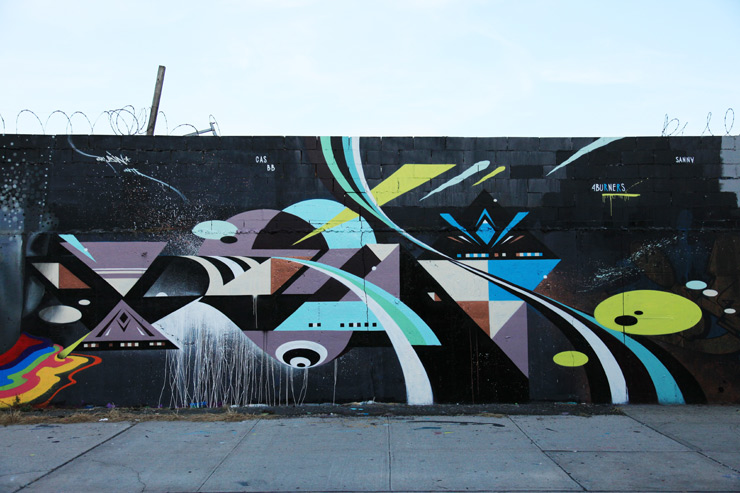 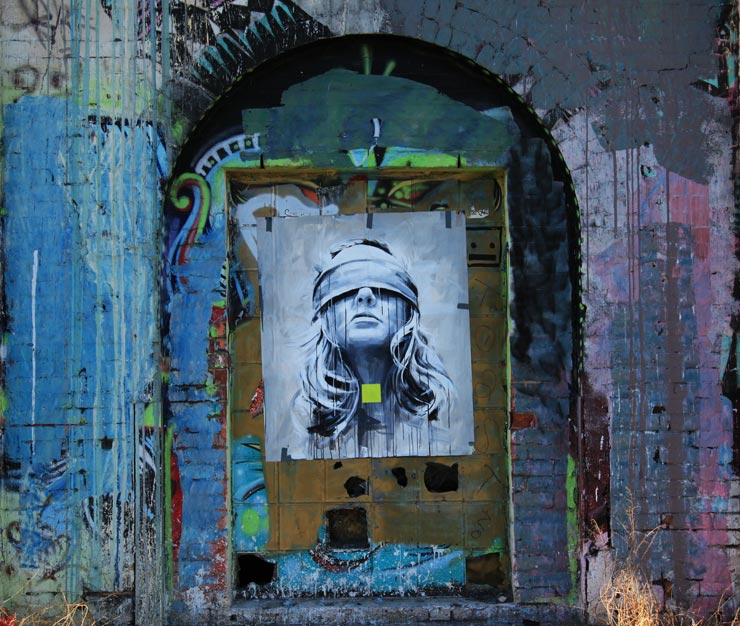 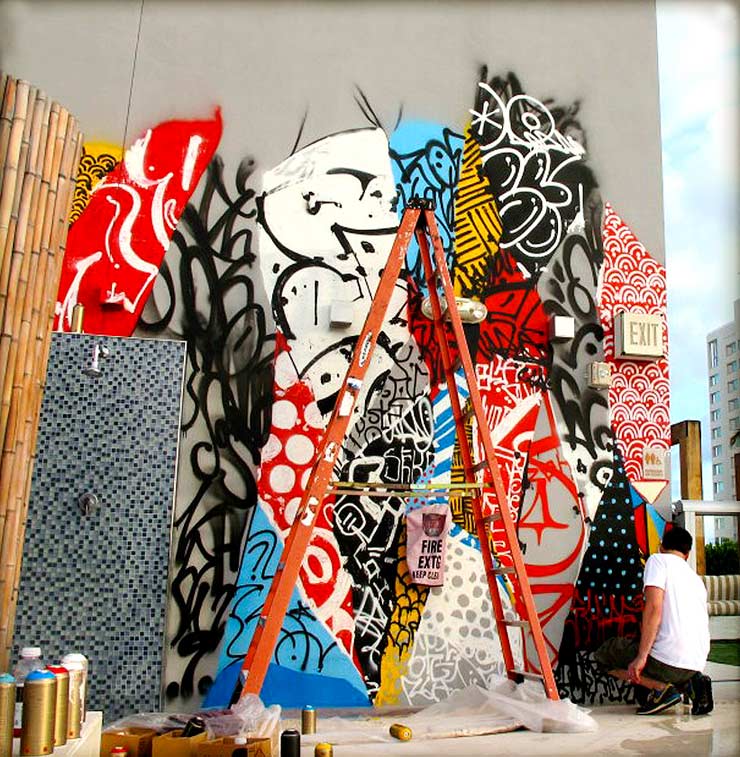 HUSH in action in Miami Art Basel 2012. (photo © courtesy of the artist) 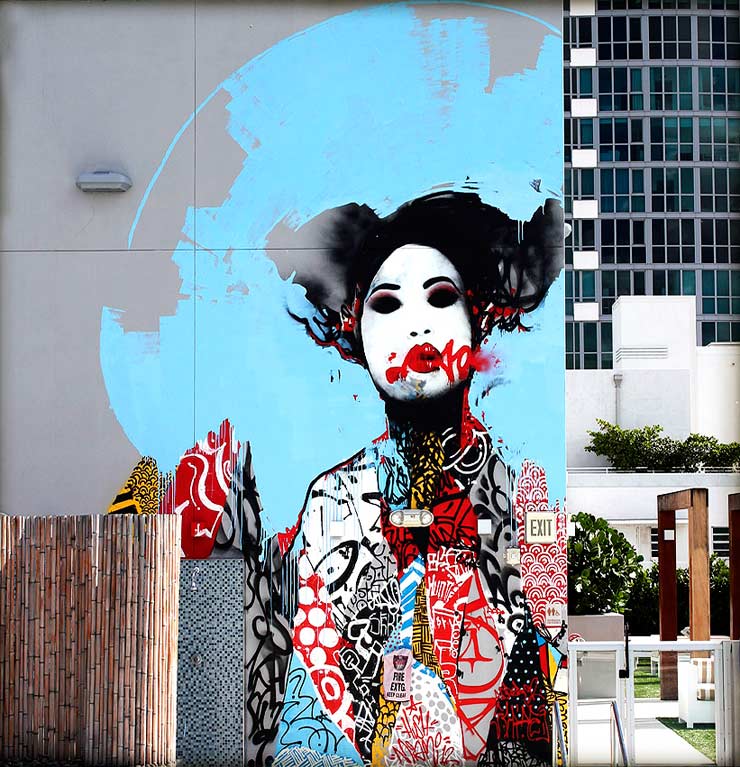 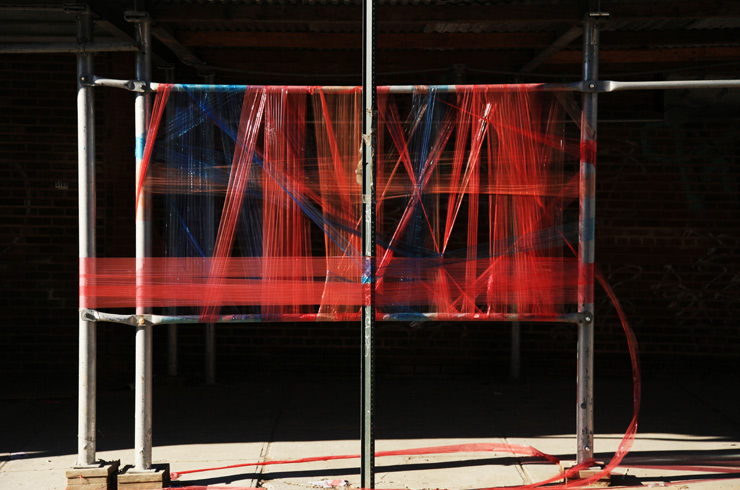 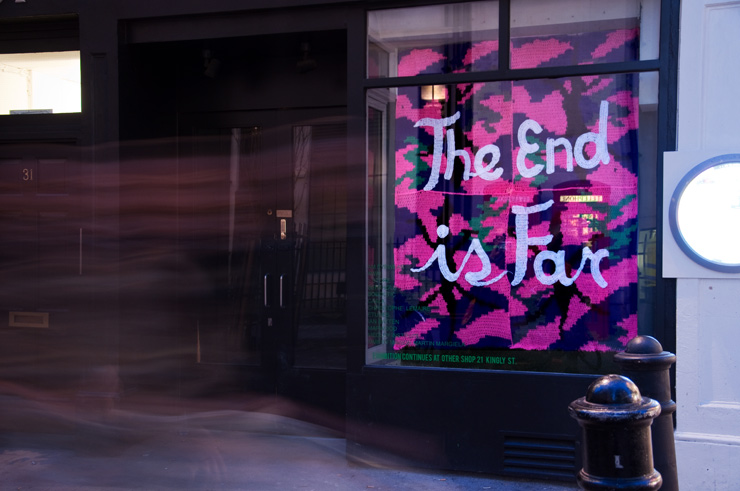 OLEK makes a reference to 12.21.12 in this window installation in London. (photo © No Lions in England) 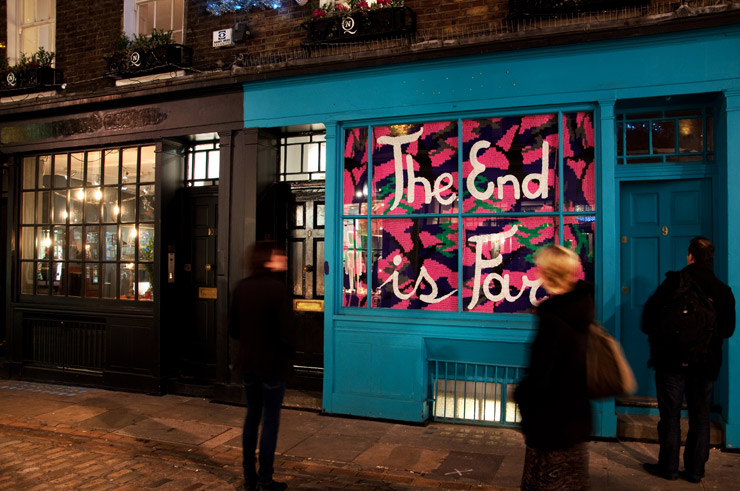 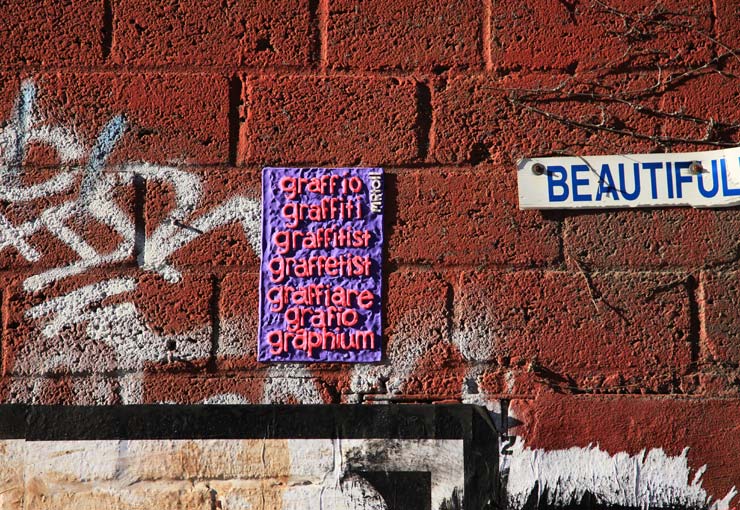 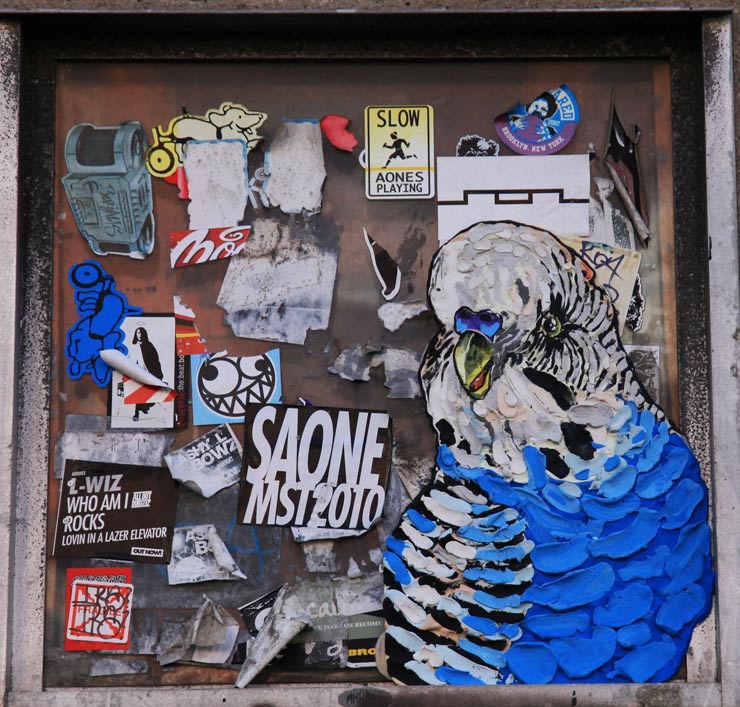 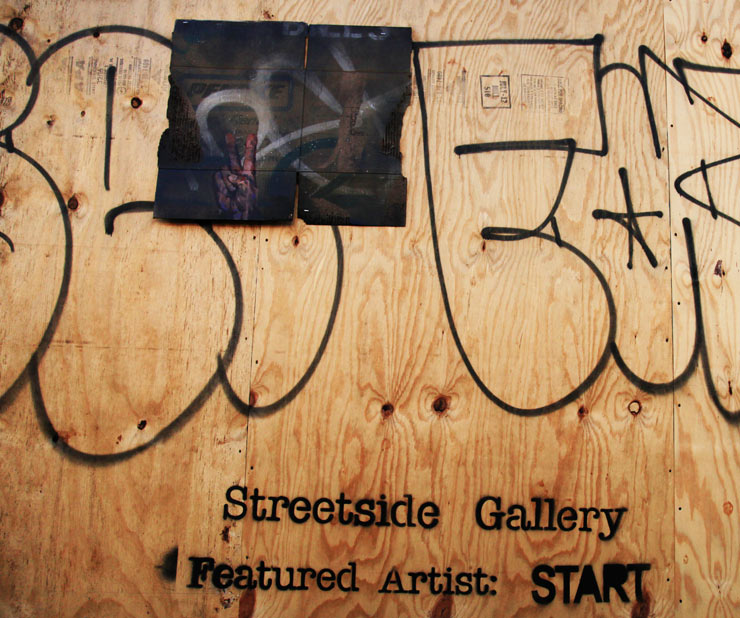 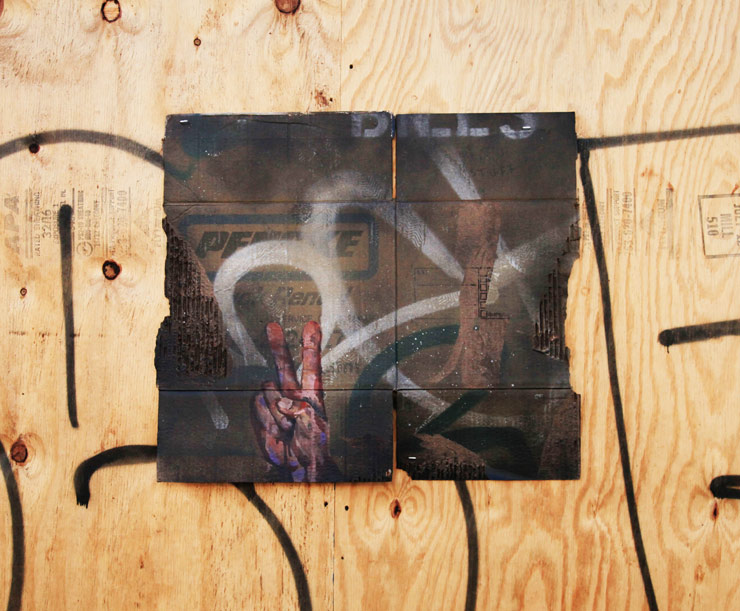 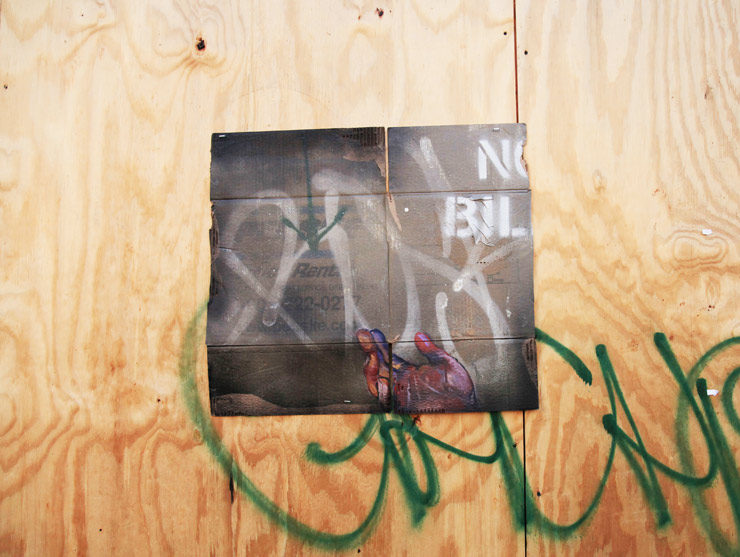 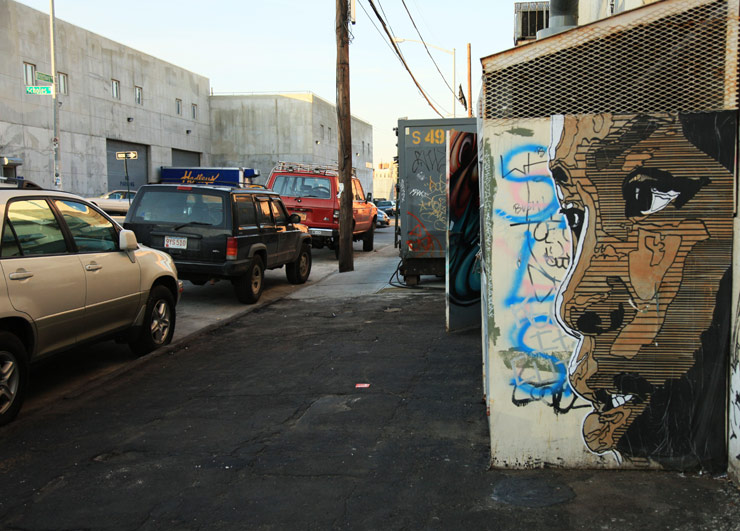 Nether made a stop over in NYC on his way back home from his long trip to Europe.  (photo © Jaime Rojo) 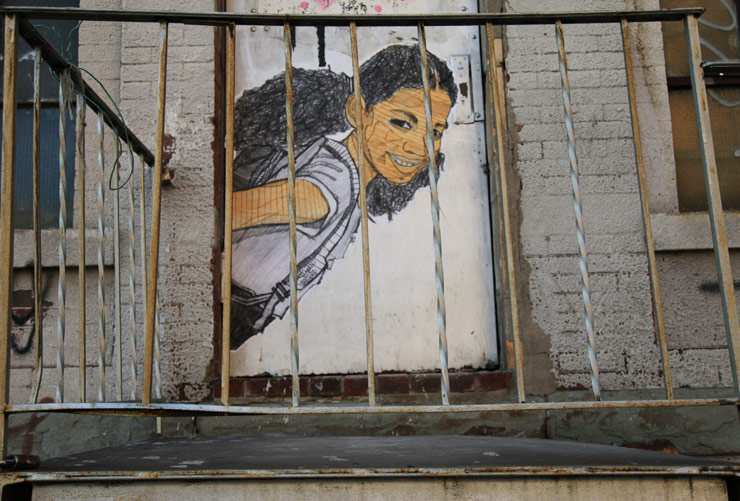 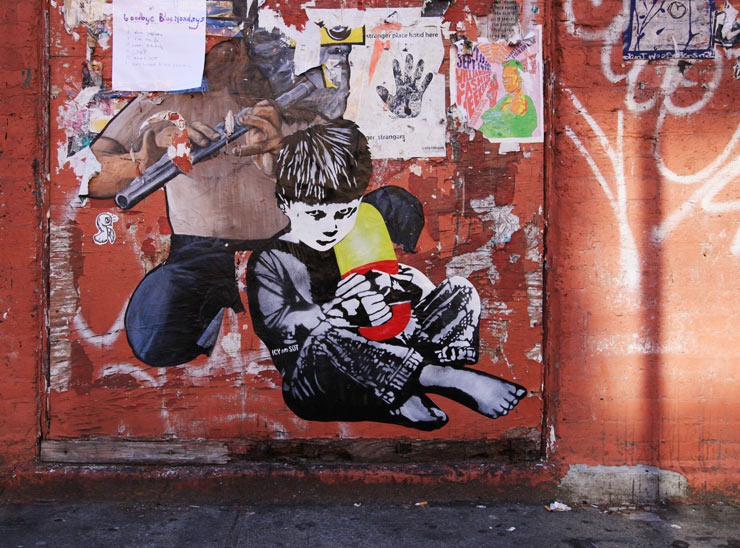 Icy & Sot may have been hanging out with Miyok, from the look of this giant pill in the boy’s arms. (photo © Jaime Rojo) 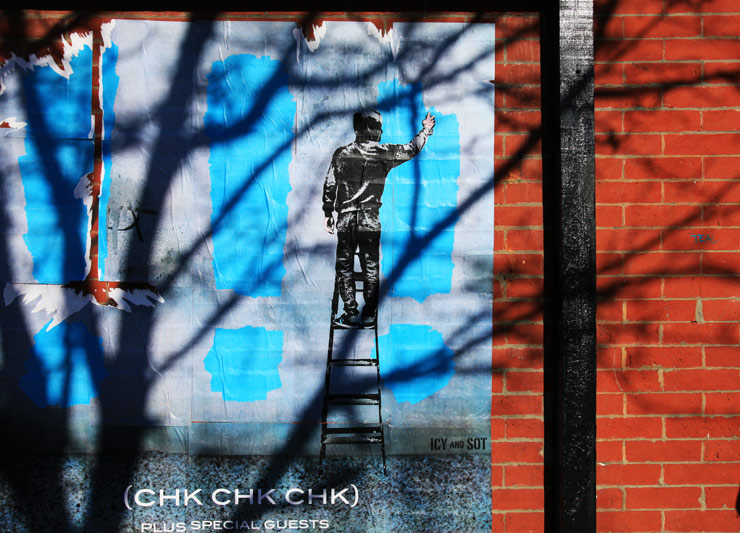 Icy & Sot. Detail of a poster designed by the artists advertising a music event in Williamsburg. (photo © Jaime Rojo) 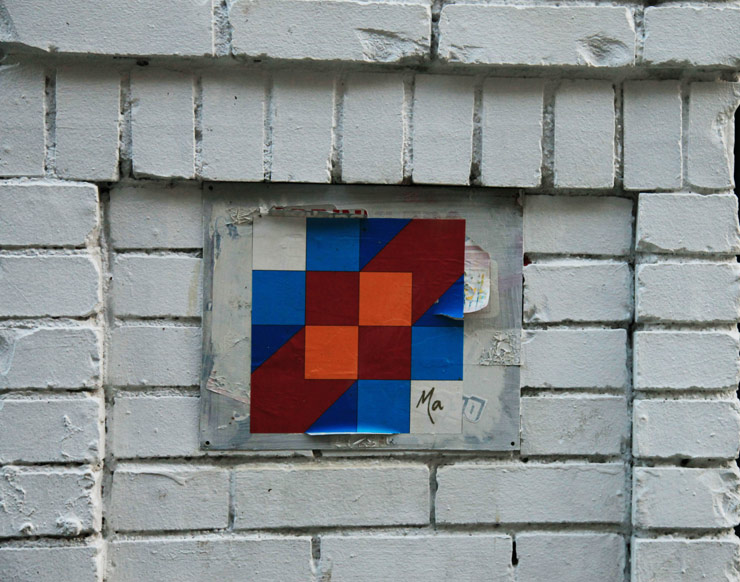 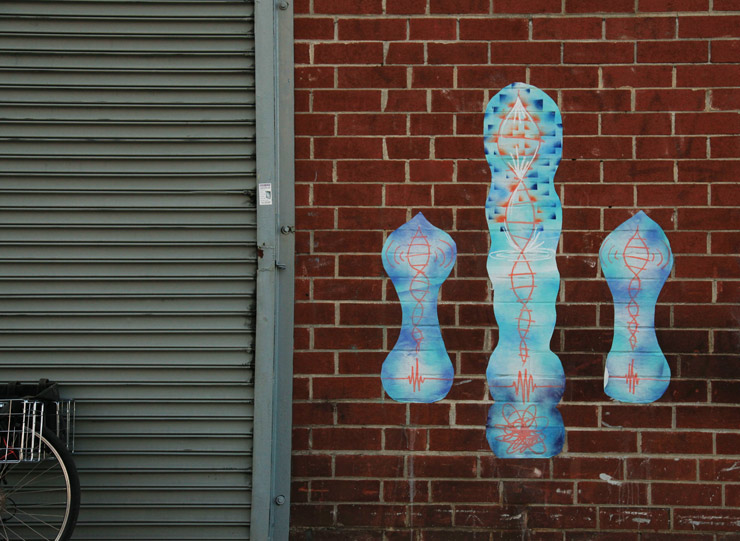 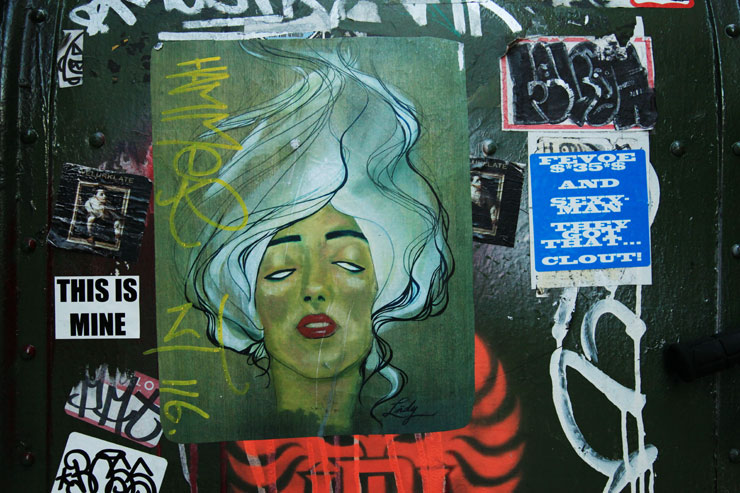 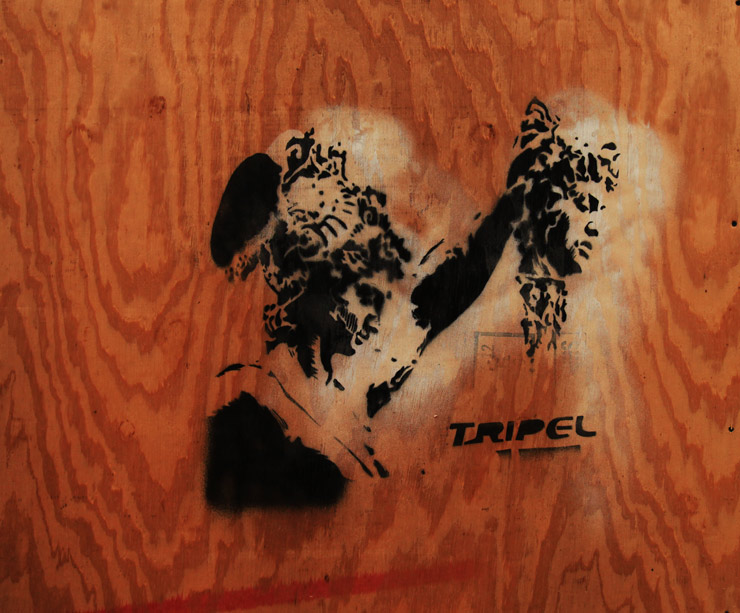 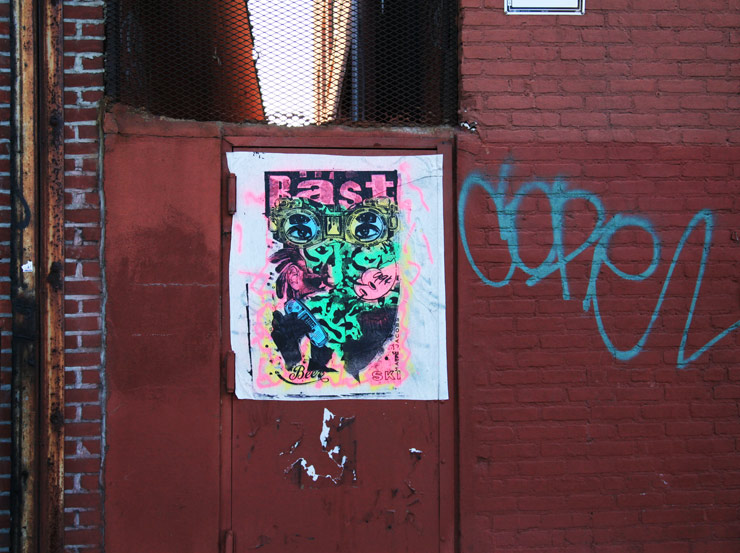 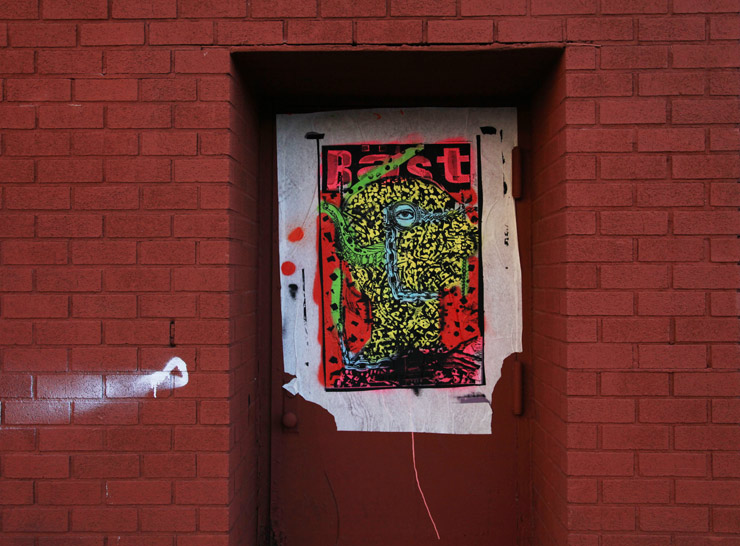 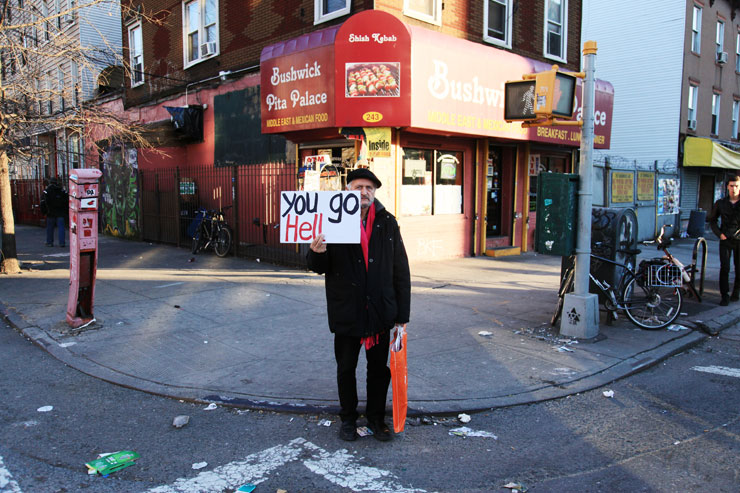 #11 Dabs & Myla: 12 Wishes for 2012
For twelve days we're presenting twelve wishes for 2012 as told by an alternating roster of artists and BSA readers, in no particular order. Together, they are a tiny snapshot of the people wh...
"No Limit" in Borås: Update 3: Shots of Murals in Process
The process of getting one of these huge murals up in Borås entails many hours, days, paint, a scissor lift, compressors, brushes, buckets, sandwiches, sunscreen, ponchos, lunches, bathroom breaks, ...
BSA Film Friday: 07.08.16
Our weekly focus on the moving image and art in the streets. And other oddities. Now screening : 1. Aaron Li-Hill: The Impact Of Discovery in Kiev. 2. Isaac Cordal: The Painter 3. Tilt...
BSA Images Of The Week: 05.28.17
Trump thought he could lift his poll numbers or legitimacy or at least his personal wealth by taking a world tour this week where he sold $100 billion in arms to Saudia Arabia, scored $100 milli...
Largest Mural in The World in Vyksa, Russia, Says Artist Misha Most & Artmossphere
Organizers at Artmossphere are calling this new mural in Russia the largest mural in the world. They say that representatives of the Guinness World Records are considering its inclusion in the collect...
4Burners Crew Bast Brooklyn Brooklyn Street Art Dasic EKG Hush Icy & Sot Jaime Rojo Lädy MA Manhattan Mr. Toll Nether NYC Okuda Olek Rubin Start Steven P. Harrington Tripel